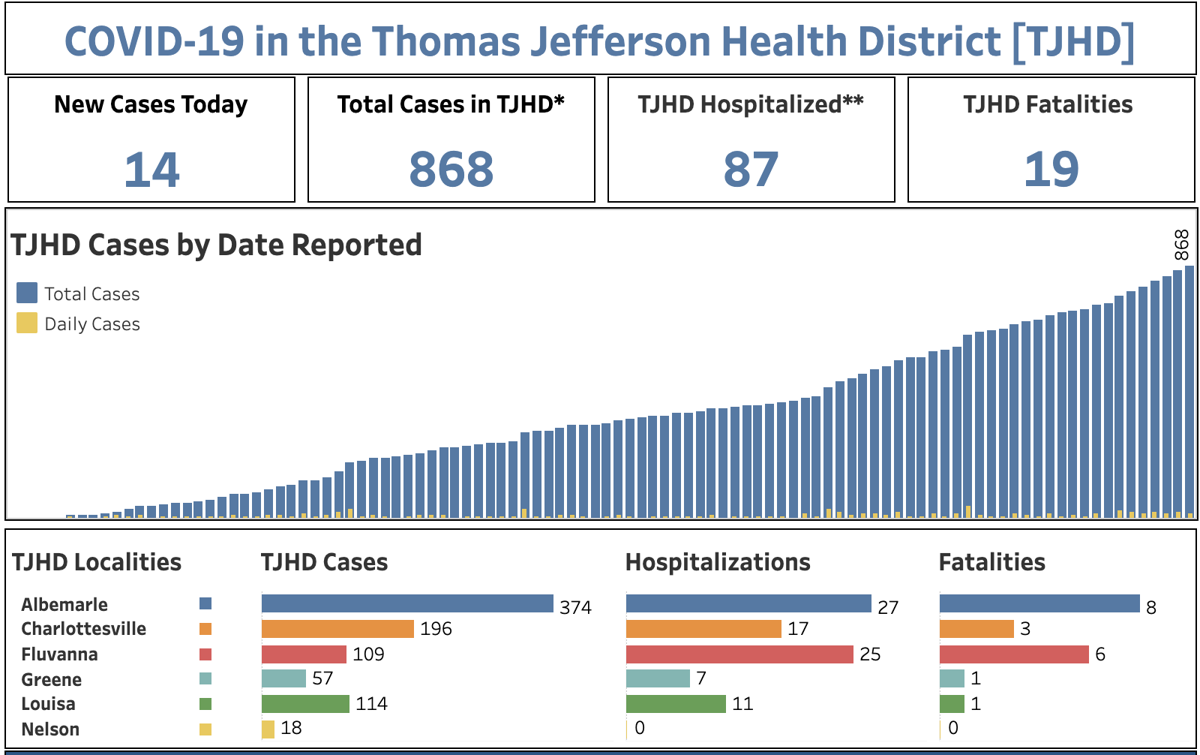 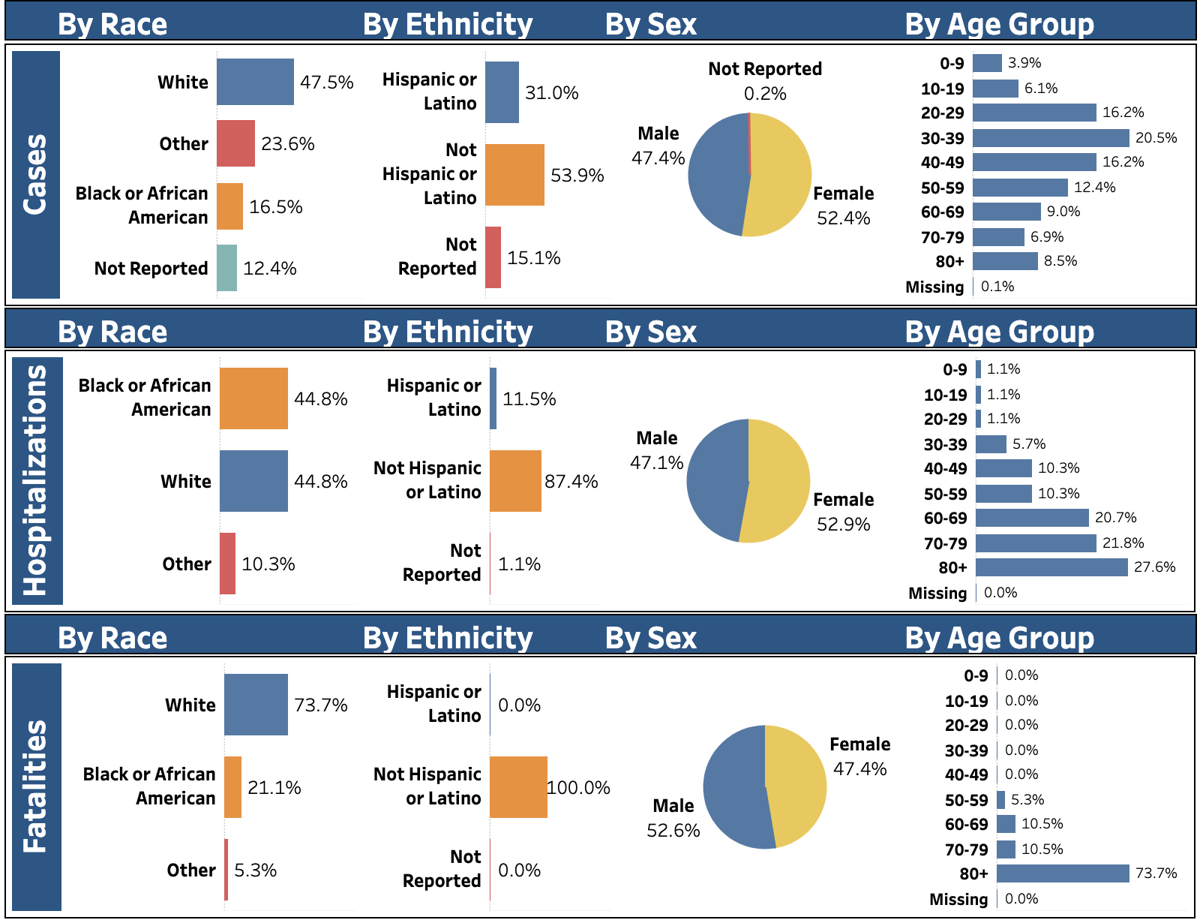 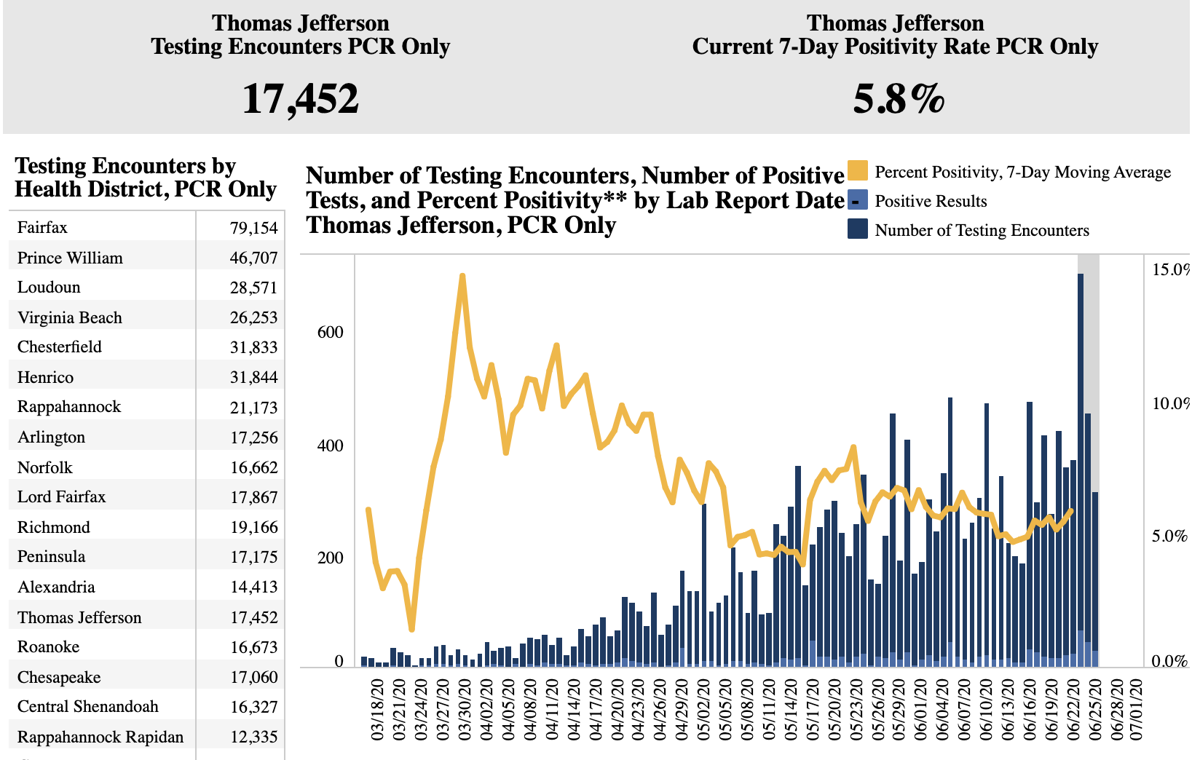 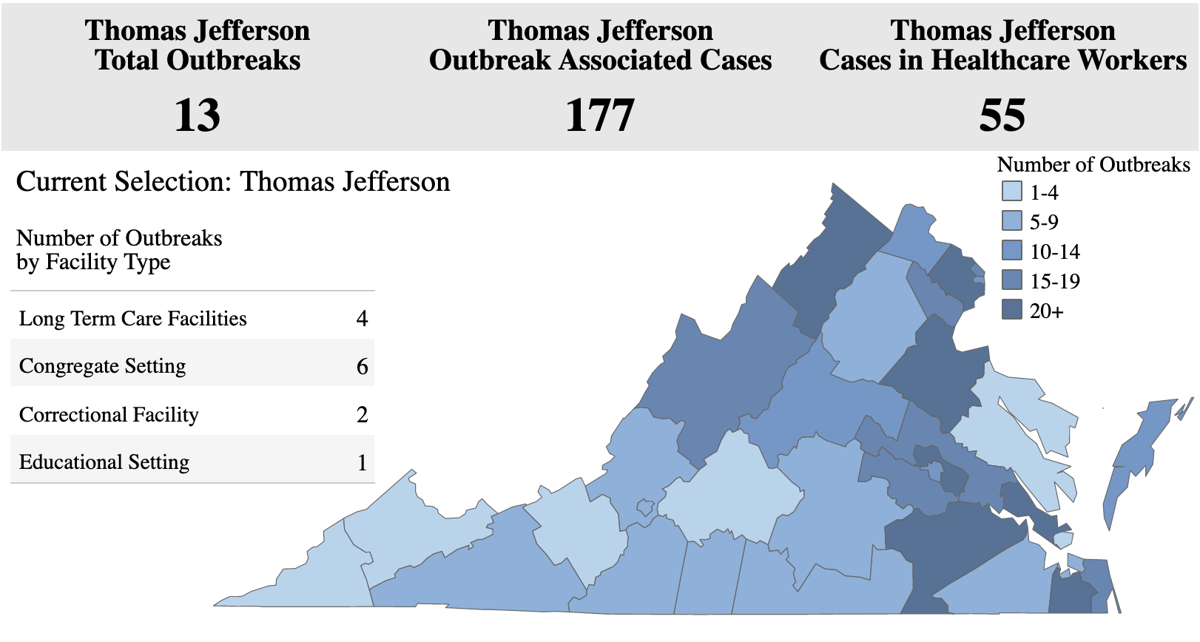 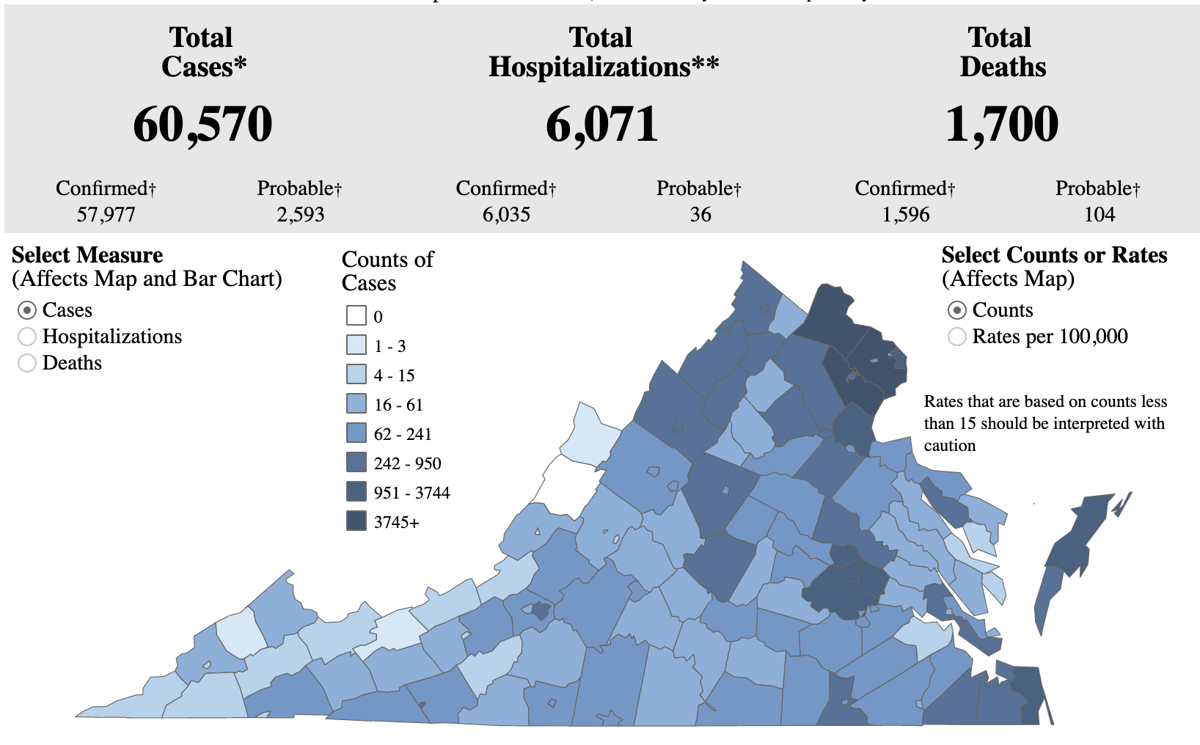 RICHMOND — The Virginia Department of Health reported Friday that the statewide total for COVID-19 cases is 60,570 — an increase of 624 from the 59,946 reported yesterday.

Friday, the Thomas Jefferson Health District reported 14 new cases in the region it covers, for a total of 868 cases.

There have been 87 hospitalizations across the district, with 19 fatalities reported.

Nelson County remains the locality in the TJHD with the lowest case count (18), as well as zero hospitalizations or fatalities reported.

Across the state, 11,225 people between the ages of 30-39 have been diagnosed; the largest group.

Locally, there is a similar trend. 20.5% of the region's cases are in people in that age group.

Hospitalizations in the TJHD show a different picture. The majority of people hospitalized have been between the ages of 60-80+ (70.1%). People 80 and older have the highest hospitalization counts (27.6%).

Testing across the TJHD continues to climb. 17,452 PCR testing encounters have been performed, with the current seven-day positivity rate sitting at 5.8%.

On June 23, 701 PCR testing encounters were performed in the health district.

When serological antibody tests are factored in, there have been 19,684 testing encounters have been performed in the TJHD. The current seven-day positivity rate for the total amount of tests in the region sits at 5.3%.

Across the commonwealth, there have been 449 outbreaks reported, with 10,956 outbreak-associated cases being reported. There are 3,800 cases in healthcare workers.

Locally, the Charlottesville area has seen 13 outbreaks. Six of those outbreaks have been found at congregate settings, four at long-term care facilities, two in correctional facilities and one in an educational setting.

To date, 55 cases have been reported in healthcare workers in the TJHD, with 177 outbreak-associated cases.

Visit us in store on Lee Jackson Highway in Staunton, VA or online at http://www.paulobaughf…