At 3 p.m., they and many others were still waiting in line after technical issues created problems for the staff at the clinic.

“It’s very slow, very slow moving,” said Kishony, 73. “I’m very grateful to begin to be getting a vaccine because it’s gonna change my life. But the process has not been great.”

The location was inundated with people after the link to register for an appointment was shared with more people than just those who were invited to sign up, the Blue Ridge Health District said in a statement posted to social media. The district had invited individuals 65 and older to be vaccinated Wednesday at the KMart site at the intersection of Hydraulic Road and U.S. 29, which is open by appointment-only.

“Due to an overwhelming number of people who shared the link and our limited vaccine supply, we have restricted eligibility of today’s Kmart clinic to individuals ages 55+,” the district said in a statement.

First-dose appointments for those under 55 were cancelled. People who had appointments to receive their second dose of the vaccine lined up separately, according to people in line.

The district is currently receiving 2,850 doses a week to be used for the first shot.

The vaccine is open to people in the 1a and 1b priority groups, which together make up about half of the district’s population. Within 1b, the district is focusing on people 75 and older and three categories of essential workers: police, fire and hazmat; corrections, homeless shelter and child care employees; and teachers and staff at public and private schools.

So far, 60,709 doses have been administered in the health district, and 16,394 people have received both doses.

Kishony and Bowers signed up after receiving an email from the health district. Bowers, 71, said the online system was great.

“But it was a little less than great when we got here just because I think they oversold it,” she said. “But the people in line have been fabulous. I think everybody has been trying to make the most of it.”

The couple brought lawn chairs to sit in as they waited.

Those in line traded theories, including appointment shuffling related to Thursday’s winter storm, about what had caused the turnout.

The state has recently switched to a vaccine registration system known as PrepMod after technical glitches and difficulties with the previous system known as VAMS hampered initial efforts to administer the vaccine. PrepMod has not been perfect.

The system does not allow local health departments to create non-shareable registration links, according to a Virginia Mercury article that details difficulties with PrepMod. That means a link sent to one person can be shared and used to schedule appointments.

During a press conference Wednesday, state vaccine coordinator Danny Avula said the vendor behind the system was told to fix the issue by Feb. 24.

“We recognize that that has been a huge issue for providers on the ground that are scheduling appointments and really trying to ensure that people on our lists are prioritized,” he said.

Long lines have not been the norm at the Kmart facility, which opened in early January. Health district officials have said their goal was that each appointment would take about 30 minutes and took steps to alleviate crowding in order to follow COVID precautions such as social distancing.

Brad Kim, 21, was waiting to get his second shot. He’s an EMT in Charlottesville, so he’s part of the 1a priority group that includes frontline healthcare workers. Kim’s also a student at the University of Virginia.

“So I’m basically just getting vaccinated because I deal with COVID-positive patients a good amount at least every week,” he said.

Getting his first shot of the vaccine was much easier than Wednesday’s experience.

“It was a lot faster than this,” he said. “I didn’t wait in any lines. I got it immediately, waited 15 minutes and left. So this is a little alarming. But it’s not the worst. We have no school today, so it’s not too big of a deal.”

Chief: Capitol Police prepared, but not for a riot

Chief: Capitol Police prepared, but not for a riot

Pelosi: We have strong argument for $15 min wage

Pelosi: We have strong argument for $15 min wage

Erin Edgerton is a staff photographer for The Daily Progress. Contact her at (434) 249-2466, eedgerton@dailyprogress.com, or @erineedgerton on Twitter. 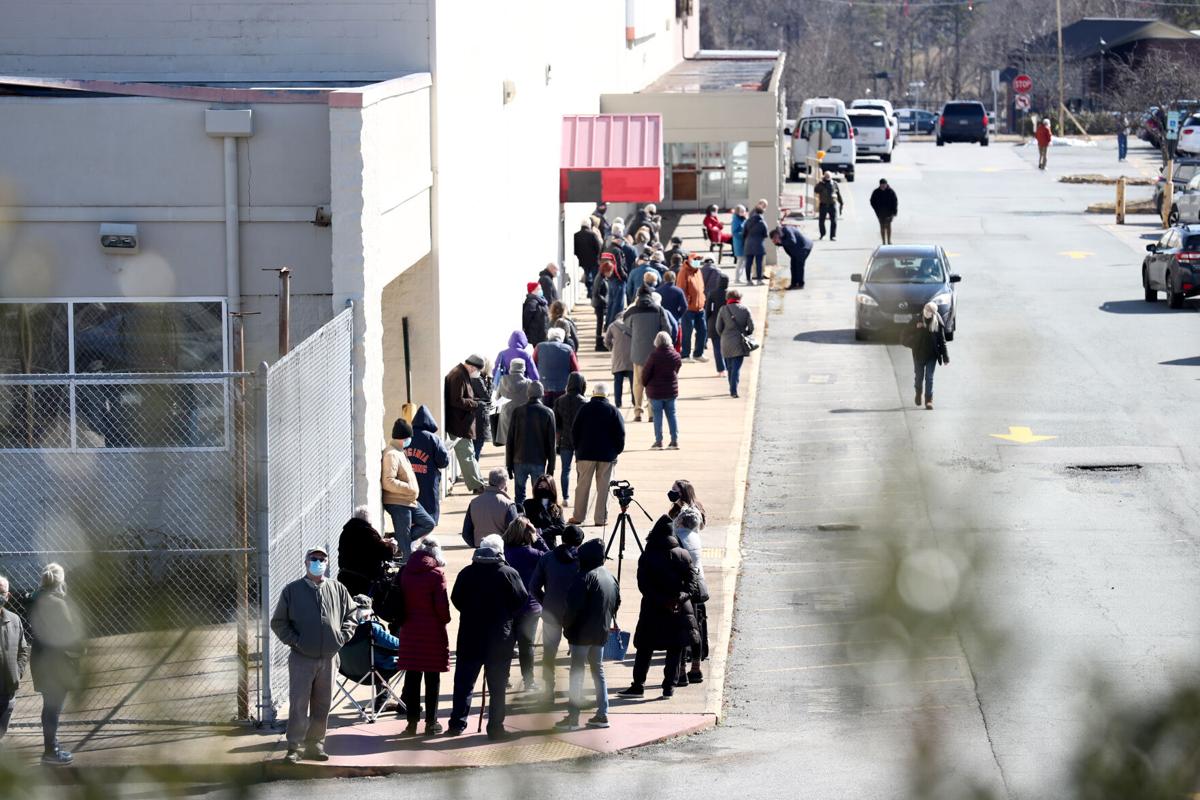 A registration glitch caused enormous lines Wednesday at the Blue Ridge Health District’s vaccination site at the old KMart on Hydraulic Road. Some waited in line for hours after a link to sign up for a vaccine appointment was shared with people outside of the priority group. 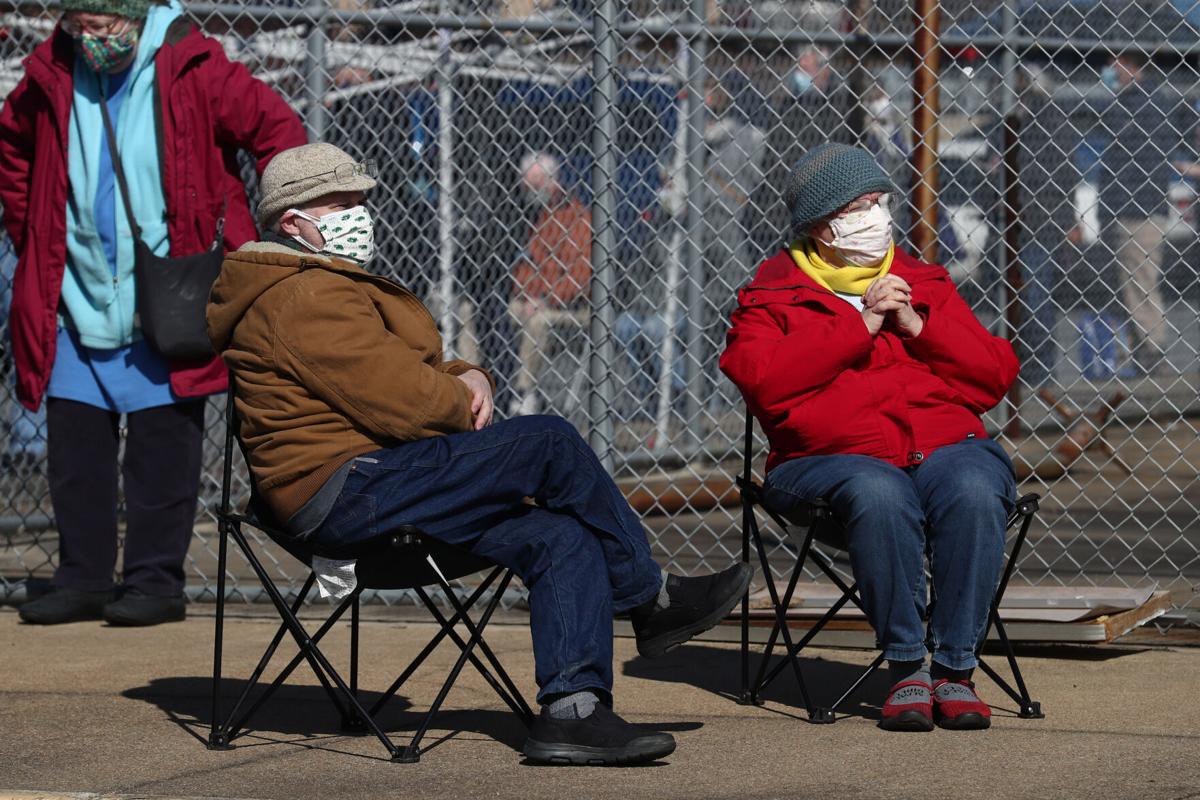