The suspect, Christopher Darnell Jones, Jr., was apprehended in Henrico County. Jones is a UVa student. And while many mass shootings appear to be random events on people the shooters do not know, the shootings Sunday night were different because Jones knew at least some of the men he shot.

Two other students, whose names are not being made public at this time to protect their privacy, were wounded and are being treated for injuries at the UVa Medical Center, UVa President Jim Ryan confirmed. One injured victim is in good condition, and the other is in critical condition, said Ryan, who visited the student in good condition early Monday morning.

In high school in Richmond, Jones was an honor student, president of the Key Club and member of the National Honor Society. He was on the roster of the University of Virginia football team in 2018.

On Sunday around 10:30 p.m. UVa police responded to a call of shots fired coming from the Culbreth Garage area, Longo said, very near the practice field for the UVa marching band and two fraternity houses.

University police sent its first digital alert about the shooting to UVa Alerts subscribers at 10:56 p.m. on Sunday, notifying them that a shooter who had opened fire in or near the garage had not been apprehended. One of the alerts warned people not to approach the shooter if they saw him, as he was considered armed and dangerous.

The shootings happened on a charter bus full of UVa students returning from a field trip to see a play at a theater in Washington, D.C. on Sunday. University officials have not confirmed whether Jones was in the class.

The digital alert also marked the beginning of the shelter-in-place order that began on Sunday night and ended at 10:33 a.m. on Monday. Chief Longo said that more than 3,500 students took shelter off of UVa grounds until the order was lifted.

Police have not yet determined a motive for the attack.

The board voted 4-3 to deny the church's request to remove portions of its slate roof for the installation of solar panels.

A shooting downtown late Monday night amid a neighborhood power outage left one boy injured but alive, according to Charlottesville police.

A 48-year-old Scottsville man has died from injuries sustained in a single-vehicle crash in southern Albemarle early Saturday morning. Albemar…

Former Charlottesville Police Chief RaShall Brackney did not have sufficient evidence of discrimination, conspiracy or malice, according to th…

Sunday morning was misty with temperatures in the 30s, yet there was no apparent shrinkage of the famed Oscar Mayer Wienermobile or in the rou…

Charlottesville police announced Friday that initial reports that a motorist struck and killed a cyclist on Ivy Road the night of Jan. 12 were…

State Department says don't use Uber in areas around Cancun

State Department says don't use Uber in areas around Cancun 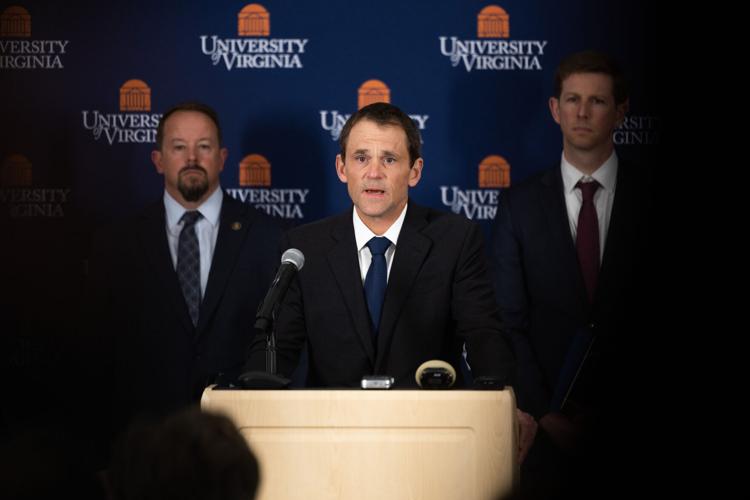 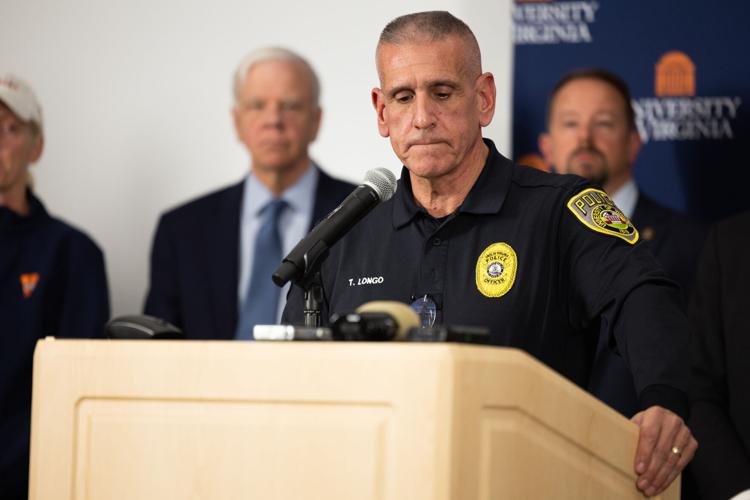 MIKE KROPF, THE DAILY PROGRESS UVa Police Chief Tim Longo speaks during a press conference following an active shooter situation on Monday, Nov. 14, 2022. After speaking with a captain midway through the press conference, Longo shared that the suspect had been taken into custody.