Two men convicted in the beating of a counterprotester following the violent 2017 Unite the Right rally were denied appeals by the Supreme Court of Virginia Wednesday.

In May 2018, Jacob Goodwin and Alex Ramos were both found guilty in Charlottesville Circuit Court of malicious wounding and later sentenced to eight years and six years in prison, respectively. Both men appealed the verdicts.

In September 2019, counsel for the two men presented their cases to a three-judge panel of the Virginia Court of Appeals, and expressed concerns with the Charlottesville court’s jury selection process, venue and the severity of the malicious wounding convictions.

The appeals were denied in November 2019 and then appealed to the state Supreme Court where they were denied Thursday.

The two men were part of a group of people who chased DeAndre Harris into the Market Street Parking Garage as the Unite the Right rally devolved into chaos. Harris was hit with sticks, shields and fists, and was left with a laceration on his head that required staples to close, a broken wrist and multiple cuts and bruises.

A video of the assault on Harris shows a shield-wielding Goodwin knocking Harris to the ground and then continuing to beat him, alongside several other men. Later in the video, Ramos can be seen running into the garage from the street and punching Harris.

Both Goodwin and Ramos and other attackers are named in a civil suit filed on behalf of Harris last year. The suit has languished since being filed and no hearings are currently set.

Search for missing crew to be suspended

Search for missing crew to be suspended

Crozet committee members feel 'insulted' after Board of Supervisors meeting

“... for people who don't live in Crozet, who we don't have the opportunity to vote for, swoop in at the 11th hour and attempt to commandeer the plan, I think people can understand why that would be very frustrating.”

Bicyclist killed in collision with two vehicles in Albemarle

County police responded to the intersection of Ivy and Bloomfield roads at 2:54 p.m. Monday.

The driver allegedly passed the deputy traveling at 91 mph in a 55 mph zone. As the deputy initiated a traffic stop, the driver accelerated to speeds greater than 100 mph, the release stated.

Alexander Antonio Rogers, 32, is being sought after a man was found with a gunshot wound to the chest in the 700 block of Prospect Avenue.

Tuesday's incident marked the 87th confirmed case of gunfire in the city this year, according to police. 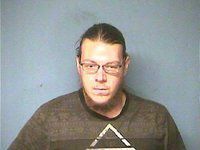 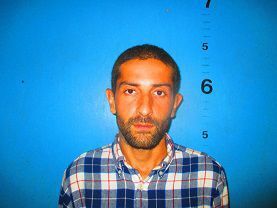