It was 20 years ago today that the Rev. Joel P. Jenkins was puttering around on a North Carolina golf course when an airliner slammed into the side of the Pentagon in Washington, D.C., and changed his life.

“When Sept. 11 happened, I was in the Virginia National Guard and I’d never been mobilized and I assumed the rest of my career would be a weekend a month and a couple of weeks a year and then retire and that would be my military career. The rest of my life would be focusing on serving my civilian congregations,” said Jenkins.

That’s not how it worked out.

Jenkins was serving as pastor at Charlottesville’s First Baptist Church Park Street and doubling as an officer in the National Guard when terrorists hijacked airliners and flew one each into New York City’s World Trade Center twin towers and the Pentagon on Sept. 11, 2001.

Another hijacked airliner crashed in rural Pennsylvania after crew and passengers learned of the other hijackings and fought back.

For Jenkins, a North Carolina native, the day was scheduled to be a relaxing bout with a golf ball in Raleigh until his cellphone rang and his National Guard chaplain supervisor was on the other end of the line.

“He said, ‘Chaplain Jenkins’ and I knew it wasn’t good because he used ‘chaplain.’ He said, ‘are you watching TV?’ I told him no, I was on the golf course,” Jenkins recalled.

He and his golf partner went into the clubhouse, where a large television was showing a burning tower.

“We saw the one tower in flames and just then the second plane hit the other tower and we knew that this was not good,” he said. “A Boeing 767 just doesn’t run into the Twin Towers and two of them certainly don’t.”

Jenkins was right. He packed his bags and came home to Virginia and was quickly ordered to report to the Pentagon. There, he served personnel being treated for the psychological impacts of living through the attack and seeing the results. He also performed the first memorial service for those who died.

“That day, my whole world view changed. I realized that, as a country, we were really vulnerable. We’d seen terrorism before and there’d been other incidents at the Twin Towers, but we had never lost this many non-military personnel, civilians, since the British left. It was a real wake-up moment,” he said.

Jenkins went on to perform many memorial services in the weeks that followed.

“Being with those people at the Pentagon, those families, really affected me. They’d say, ‘will you pray that they find my father?’ or ‘pray that they find my brother.’ A lot of them did not give up until their loved one’s remains were found,” he said. “The hardest part was looking into their eyes and seeing a glimmer of hope when you knew deep inside that their loved one had finished the race, had completed their mission. I mean, what do you say to a 6-year-old who will never see their father or mother or brother again?”

It was a come-to-grips moment for Jenkins and for many others. It’s something that he wrote about in a book he recently published, “These Honored Dead.”

“We live in a dangerous world and there are a lot of people in it who think we are the enemy because of our freedoms,” he said. “Not just political freedoms, either. We live in a country that allows people to be what they want to be, to be who they are. Maybe that’s controversial here at home, too, sometimes, but we allow it. And we allow criticism of our government and our religion. Those things are misunderstood in many areas of the world and not tolerated in others.”

Jenkins said he saw men and women stepping up to protect those freedoms by joining the military. They, and their families, would teach him new lessons.

“I’ve always been patriotic, but I never thought in terms of what kind of sacrifice it could require until I worked with the families of those who made the final sacrifice,” he said.

Jenkins’ part-time military duties began taking up more of his time. In 2006, he received a promotion to a full colonel in the Army Reserve, a rank referred to as a full bird because of its distinctive eagle symbol. He was quickly called to serve in Iraq.

“When I got the promotions, friends told me I wouldn’t have to worry about getting called to active duty or going to a battle zone because they never send full-bird colonels,” he laughed. “But there I was, on my way to Iraq.”

Jenkins joined the U.S. Army’s elite paratroopers in the 82nd Airborne as they engaged in some of the heaviest fighting early in the war. His job was to perform memorial services on forward operating bases and to attend to the soldiers’ daily spiritual needs.

He made an estimated 100 missions in oft-ambushed convoys and village streets and won the Bronze Star for “putting himself in harm’s way without hesitation by traveling throughout some of the more dangerous regions in Iraq to attend to the needs of service members located in base camps and forward operating bases.”

In 2007, he retired from his civilian parish and focused full time on his military ministry. He served until 2011 at Fort Bragg in Fayetteville, North Carolina, where he was in charge of notifying families of 82nd Airborne soldiers killed in action.

The terrorist attacks on Sept. 11, 2001, set in motion events that in the next decade turned the Baptist minister from civilian to soldier. Although he never carried a weapon, he was surrounded and protected by those who did, the same people whom he counseled.

“My focus had been church life, community life, administering to my parish. Suddenly, I was involved in a radical confrontation to our way of life,” he said. “I became aware shortly afterward that my chaplain life was going to take precedence over my civilian life. For me, that one day in September changed every day of my life that followed it.” 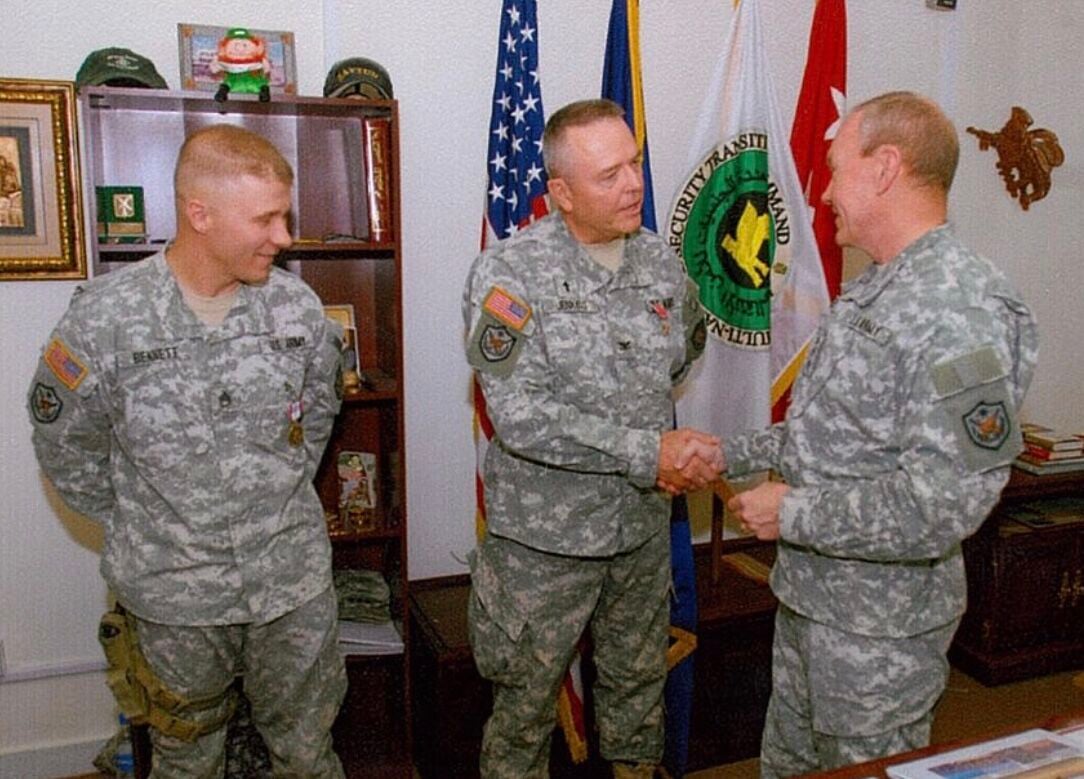 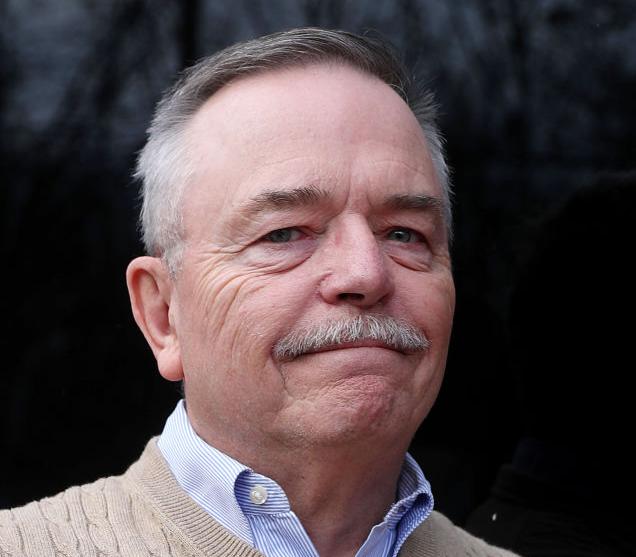