RICHMOND — The Cow Knob salamander is standing — well, crawling — in the path of progress.

The little amphibian lives nowhere in the world but a few mountain ridges in a wild and scenic region along the Virginia-West Virginia border northwest of Staunton.

That area, however, also is where the Richmond-based energy giant Dominion and others propose to run a $5 billion natural-gas pipeline.

A froglike creature might seem a poor match for the cogs of commerce, but the salamander has an important ally — the federal government.

Under a first-of-its kind pact made between federal agencies in 1994, the salamander and its rocky, forested habitat are protected in the George Washington National Forest.

The deal was designed to keep the salamander from declining so badly that it would have to be protected under the Endangered Species Act.

As proposed, 5.5 miles of the 564-mile pipeline would run through land inhabited by the salamander in the national forest in Augusta and Highland counties in Virginia.

Scientists say the salamander is struggling for survival already. And national forest officials say a pipeline through the creature’s home is unacceptable.

“Even the most minor habitat alteration can cause detrimental effects to these salamanders,” said Jennifer Adams, special project coordinator for the George Washington and Jefferson national forests.

National forest officials say the pipeline should be routed around the salamander’s land or under it by drilling through Shenandoah Mountain, a key salamander haven.

Dominion, the lead partner in the Atlantic Coast Pipeline company proposing the project, said it is working with federal officials to try to resolve the issue.

“We are currently evaluating potential options and are planning to meet with the Forest Service to discuss these options that provide the avoidance it has requested,” Dominion spokesman Jim Norvelle said by email.

It’s too early to say how much it would cost to avoid the salamander, but “cost increases would be passed eventually along to customers,” Norvelle said.

Dominion says the pipeline would reduce emissions that cause global warming, save electricity customers millions of dollars, and help industrial development along the pipeline route.

The Cow Knob salamander is about 5 inches long, dark with white-ish flecks, and has an anatomically fixed grin.

Hiding under rocks and leaves by day, it comes out on rainy nights to find insects to eat. Most people never will see the creature.

So why all the fuss?

The rugged mountain region inhabited by the salamander “is a beautiful, beautiful area,” said J.D. Kleopfer, a biologist with the state Department of Game and Inland Fisheries.

“The salamander is representative of one of the last remaining wilderness areas in the state,” Kleopfer said.

When European settlers arrived, Virginia was inhabited by mountain lions, bison and wolves.

“All those big animals are gone,” Kleopfer said. “We killed them all off.”

Yet the Cow Knob salamander remains.

“Their existence is not because of us,” Kleopfer said. “It’s in spite of us.”

The 1994 pact protected the salamanders within a specific “conservation area” in which they were known to exist. But the deal extends protections for salamanders later found outside of that original area — in places including the path of the pipeline.

The southern Appalachian Mountains are known for their wealth of salamanders. Billy Flint, a James Madison University ecology instructor and one of the top experts on the Cow Knob salamander, explained why:

Over thousands of years, the planet warmed and cooled many times. Salamanders love moist, cool environments, so during those warm periods, salamanders that couldn’t survive at hot, lower elevations persisted on cool ridges. Over time, some salamanders isolated on ridges evolved into separate species.

That’s surely why the Cow Knob salamander lives nowhere else on the planet, Flint said. Three salamanders — the Shenandoah, the Peaks of Otter and the Big Levels — live only in Virginia.

The pipeline company has hired Flint to survey the Cow Knob salamander’s habitat, but he declined to discuss the work. “The surveys themselves aren’t pro or con anything. They are to inform the interested parties of where the salamanders are,” he said.

On top of that, federal officials said forested land up to 300 feet deep on each side of the cleared pipeline corridor, exposed to sun and wind, would become too warm and dry for the salamanders.

Another problem would be what scientists call fragmentation. The pipeline corridor — up to 125 feet wide during construction, and up to 75 feet afterward — would split already small salamander populations.

If a killer such as drought or catastrophic fire wiped out one of those smaller populations, experts say it’s unlikely other salamanders would recolonize that stricken area, because the salamanders don’t move much. So the overall population would decline.

“Just the removal of leaf litter from a hiking trail is enough to serve as a barrier” between populations, Adams said. “They just will not cross bare surfaces.”

The Atlantic Coast Pipeline company includes Dominion, the parent of Dominion Virginia Power; and North Carolina-based Duke Energy, among others.

The pipeline would run from West Virginia into Virginia and down into North Carolina. It would carry natural gas from gas-rich sections of West Virginia, Pennsylvania and Ohio.

Dominion and Duke say the pipeline would enable them to produce electricity with more gas and less coal, which would reduce emissions linked to global warming. Pipeline supporters include Gov. Terry McAuliffe.

Proponents say the pipeline’s lower-cost gas would save households and businesses in Virginia and North Carolina about $377 million a year.

The pipeline company hopes to get governmental approvals and start construction in the second half of 2016. The pipeline would go into service in late 2018.

Dominion’s Norvelle said the plan is to avoid natural-resources conflicts if possible, or at least to minimize them. “All sensitive species that the proposed route would cross are of concern and need to be evaluated,” he said.

Project spurred by concerns for people living outside during pandemic. 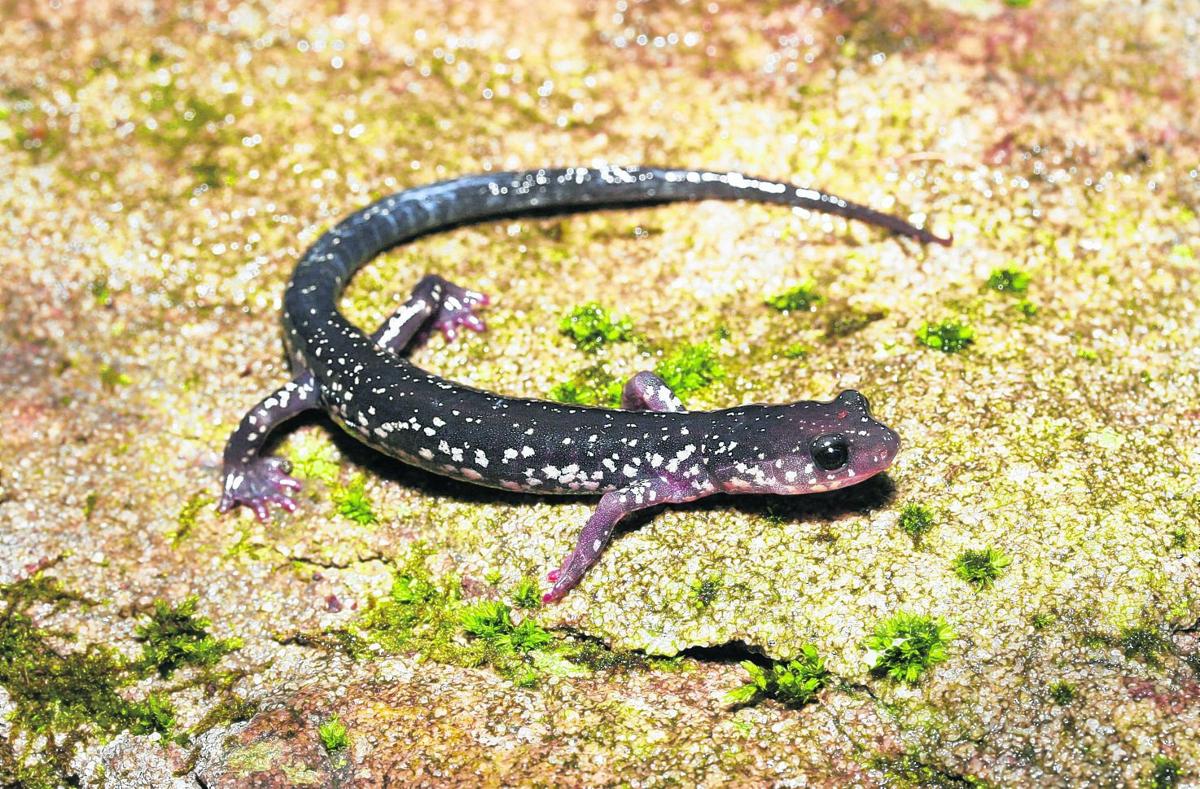 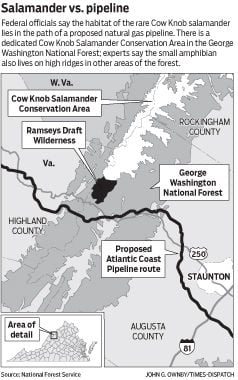