In a scathing email this week, Charlottesville City Manager Tarron Richardson attacked the leader of the city’s firefighters union for his “limited scope of knowledge” on budgetary issues after the union leader called Richardson “willfully ignorant” of the department’s needs.

Firefighters have been lobbying the city to approve a departmental request for $1.3 million to fund 12 new firefighters to staff ambulances for a department that is stretched thin.

Richardson has called the staffing problem “an issue I inherited” and said the fire chief needs to better allocate staff. His proposed budget does not add any staff to the department.

Firefighter Greg Wright emailed the general City Council email address on Tuesday “imploring” the council to hold 2-2-1 meetings between Richardson and Fire Chief Andrew Baxter to address the issues, according to a copy of the email provided to The Daily Progress.

Such meetings include one or two elected officials to avoid public meeting requirements. Nothing prohibits employees or the public from requesting such meetings.

Emails to the general council email address are seen by several other officials, including Richardson.

Wright wrote that the department had made “MULTIPLE” attempts to ensure Richardson understood issues with staffing and the department’s deployment model.

Wright wrote that there is “a clear disconnect” and alluded to comments Richardson made while presenting his proposed budget at Monday’s City Council meeting. Richardson misspoke and said all public safety employees received a 10% pay increase for the current fiscal year.

Wright called Richardson “willfully ignorant” with a “complete lack of a basic understanding” that “cannot be tolerated” as the budget process moves forward.

Richardson, who was not directly sent the original email, replied and went on the attack.

“You are a firefighter who oversees a limited number of employees on a daily basis. Your educational achievements and certifications, as well as your limited work experience as a supervisor will never be a match to any of my qualifications or credentials,” wrote Richardson, who holds a doctorate. “So, let’s be clear about who is ignorant and overwhelmingly shallow as a professional in the field of public administration.”

Richardson wrote that Wright’s “failure to understand the basics” of departmental budgeting is “egregious being that you have been working in your capacity for such a long time.” According to city salary lists, Wright was hired in 2011.

Richardson wrote that Wright has no authority to request 2-2-1 meetings with the City Council and told him to “gain a better understanding about your role and responsibilities as a firefighter.”

“Then, one day we can have an intelligent conversation about budgets and personnel management in local government,” Richardson wrote.

Wright said in an interview Thursday that firefighters are “doing everything we can to have professional discourse and it definitely fell off the rails.”

“It has had an effect on morale,” he said. “I’m aware the verbiage I used was direct, but I stand behind what I wrote and my statements that the city administration does not understand our staffing needs.”

Wright said that he was “taken aback” by Richardson’s response.

“We’re a highly educated group of employees who have the training and advanced certificates that allow us to administer drugs in emergency settings, to perform advanced cardiac care procedures and operate a million-dollar ladder truck in an emergency situation. We clearly are not illiterate or uneducated,” Wright said. “He was willing to put his response in black-and-white and share it. I can’t imagine what he’s saying when there’s no record of it.”

Richardson defended his response to Wright after a City Council budget work session Thursday evening and framed the issue around race.

“I’m not going to stand for someone calling me ignorant,” he said. “As a black man, I feel like if I don’t say anything, I don’t correct him, that he will say it to another person of color.”

Earlier Thursday, Councilor Michael Payne said the budget process is difficult and the city should “pull a consensus” on big issues, but had no comment on Richardson’s email.

Councilor Lloyd Snook said emails to the general council email address haven’t been coming through to his devices, therefore he hasn’t seen the entire exchange.

At Thursday’s work session, Councilor Sena Magill said, “This is a very stressful time of year for everyone and I know there’s a lot more than what’s on the surface.” She declined to elaborate on any other issues.

Fire Chief Andrew Baxter declined to comment for this story.

Opinion/Letter: Wording change would have helped

Charlottesville City Manager Tarron Richardson is responding to just one word taken completely out of context in his reaction to a letter from a city firefighters’ representative.

Charlottesville leaders at City Hall and at the Charlottesville Fire Department headquarters are displaying few, if any, leadership qualities in the public debate over staffing needs.

The dialogue between the city manager and the Charlottesville Fire Department is very disturbing.

Officers highlighted how the department has no pay scale and that salaries lag behind the Albemarle County and University of Virginia police departments, as well as a dearth of take-home cars.

On Friday, Richardson unveiled his proposed $196.6 million budget for fiscal year 2021, which starts July 1, plus a $35.3 million Capital Improvement Program and $111 million in other dedicated funds.

Charlottesville City Manager Tarron Richardson on Tuesday approved Greg Wright’s promotion to a captain, effective retroactively to the original date of promotion of May 30. 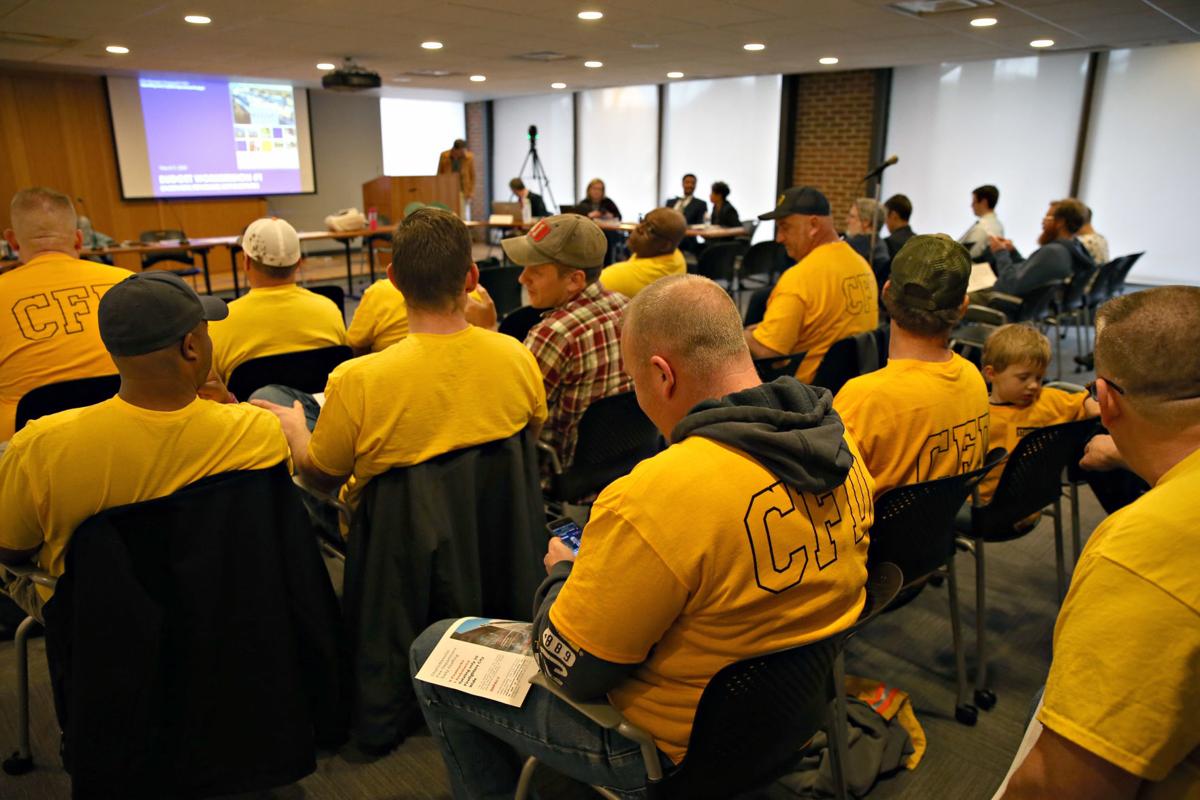 Members of the Charlottesville Fire Department attend a City Council budget work session at CitySpace on Thursday. Firefighters have been lobbying the city to approve a departmental request for $1.3 million to fund 12 new firefighters to staff ambulances for a department that is stretched thin. 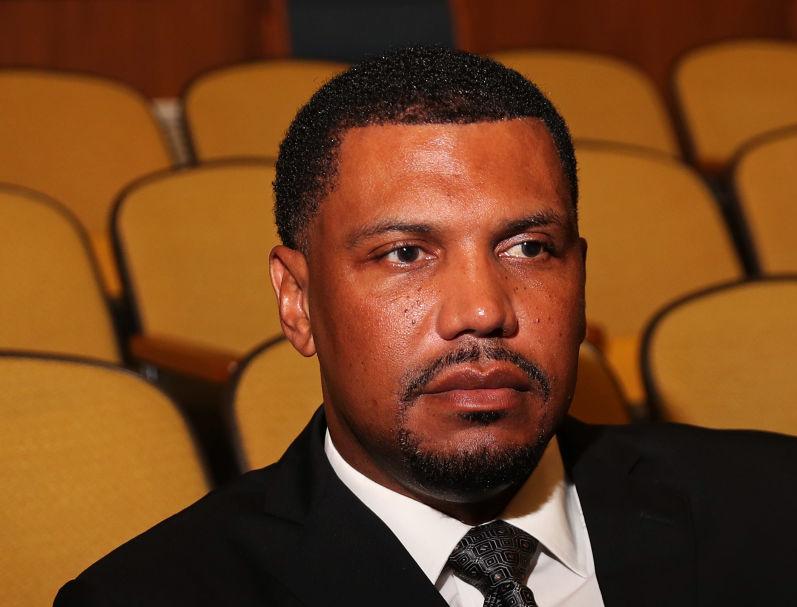