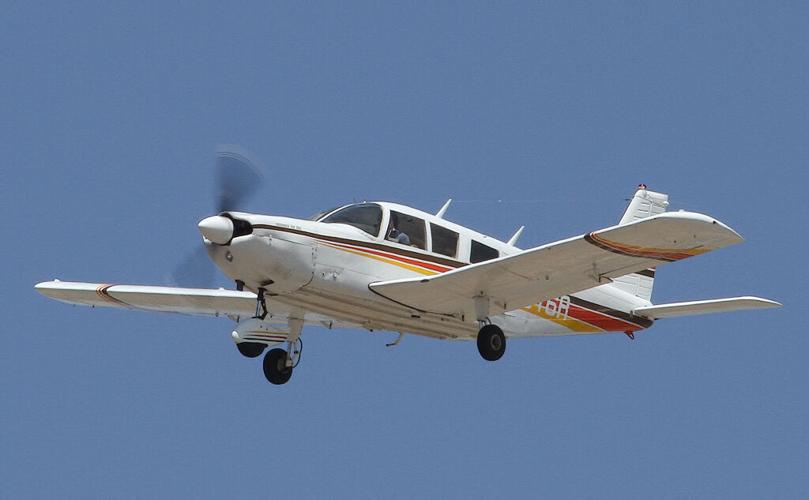 The plane that crashed was a 1978 Piper Cherokee, similar to this one. 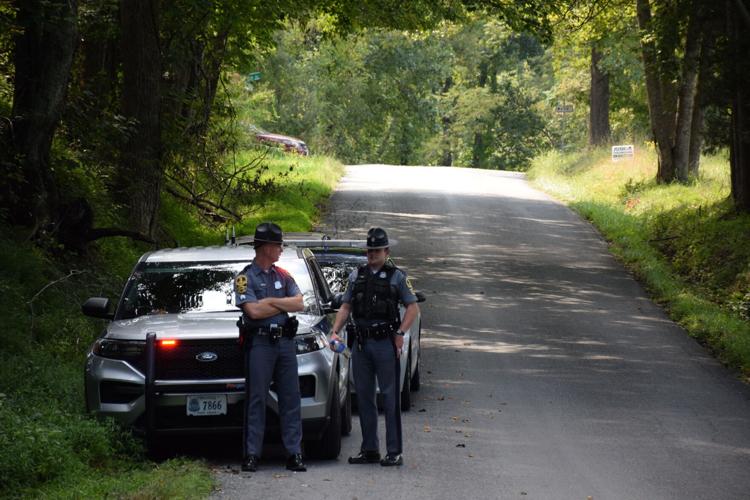 The man’s voice was calm as he notified air-traffic controllers at Potomac Terminal Radar Approach Control that the single-engine plane was heading toward Washington, D.C. airspace at an altitude of about 7,500 feet.

Fifteen minutes later, he was dead or dying in a southern Albemarle forest.

The plane, a piston-engine Piper Cherokee, crashed and burned on a rural tract, killing the pilot, the plane’s sole occupant, around 11 p.m. Wednesday, according to Virginia State Police. His identify remained unknown as of Thursday night.

The plane, according to plane-tracking websites, took off from Blue Ridge Regional Airport, about nine miles southwest of Martinsville, less than an hour before the crash. Although it headed northeast, its intended destination is unknown. Efforts to reach the owner, Ronnie Bilbo, of Lubbock, Texas, have been unsuccessful.

What is likely is that the plane, built in 1978, was suffering from engine trouble, according to statements radioed by the pilot, who told a controller he saw a problem with the engine’s oil pressure.

By that point, the pilot of plane N-2104J may have already lost 1,000 feet of elevation over Nelson County in the vicinity of Nellysford. The controller quickly suggested three nearby airports, with Waynesboro’s Eagle’s Nest as the closest, just 13 miles away.

The pilot chose Waynesboro and got vectors for a left turn.

Within a minute, however, the plane lost another thousand feet.

“Are you declaring an emergency?” asked the controller.

“I am declaring emergency,” the pilot replied.

The pilot noted that he had about 70 gallons of fuel onboard, nearly three quarters of the plane’s tank capacity. It’s enough to reach airports in New England at the plane’s cruising speed of 160 miles per hour, but it could have devastating results on impact.

About a minute before 11 p.m., the controller asked the pilot if he’d like to consider flying to Charlottesville because of “easier terrain.” Even though it’s further away, about 20 miles versus 10 miles, both men likely realized at this point that reaching Eagle’s Nest required flying over the Blue Ridge. The tops of Wintergreen Resort, Humpback Rock, and other nearby peaks stand more than 3,000 feet above sea level.

“I would be fine with going to Charlottesville,” the pilot responded calmly.

“I see a descent indicating 3,300,” said the controller. “Are you losing power?”

“So you would prefer Charlottesville? Like I said, Eagle’s Nest is the closest.”

“Keep to Charlottesville, please,” said the pilot, in measured words.

After a few minutes of discussing the elevation and weather at CHO, the controller voiced another concern.

“Try to make it to the road,” implored the controller. “It looks like you’ve got a road just to the north of you.”

“Can’t see anything where am I going,” came the final reply.

In desperation, the controller continued to voice ideas. There’s a grass airstrip at the Bundoran subdivison, but the controller ruefully noted that it’s likely invisible in the dark. Radar contact has been lost, he said, 15 miles southwest of the Charlottesville airport. The location was near the intersection of Plank and Stillhouse Creek Roads.

Eighty-year-old Holmes Brown and his wife were in their house when the plane fell into a forest on their land several hundred yards from their house.

“I thought it was the wind blowing a door closed,” said Brown. “It was that brief.”

Brown says that the Stillhouse Creek Road, which divides his tracts, is regularly plied by apple trucks serving nearby Crown Orchard. Even after his wife mentioned hearing two booms after the first sound, he said their thoughts went to “spot-lighters,” the unsportsman night-time deer hunters. He said they didn’t see the fire.

“So we didn’t think anything of it until the sirens and the flashing lights showed up,” said Brown.

A line of Virginia State Police troopers kept watch over the property Thursday. The wreckage — located near a creek called Whiteside Branch — was not visible from public roads, though the top trunk and upper limb of a nearby pine tree showed fresh damage.

Virginia State Police spokesperson Corinne Geller said that the identification of the pilot would come no sooner than Friday after positive identification from the state medical examiner’s office and notification of the pilot’s relatives. Geller said that investigators with the National Transportation Board and Federal Aviation Administration visited the scene Thursday afternoon and will return Friday morning to coordinate the removal of the wreckage.

Charlottesville police officers found a young man dying of wounds near Court Square. Daquain Maurice Anderson, 29, of Charlottesville, later succumbed to his injuries at the University of Virginia Medical Center’s emergency room, according to a police statement.

Greer, Mountain View, Red Hill and Woodbrook elementary schools had one student demographic group that did not pass state Standard of Learning exams, according to officials.

UPD is awaiting approval from the University to share an image of the suspect with the public to identify them quickly.

Court documents reveal that Morton recruited Brock, Anderson and Kinney to rob a local drug dealer with a promise to share $50,000 in cash he believed to be hidden in the drug dealer’s Albemarle County apartment.

The plane crashed on Sept. 14, about 15 miles from CHO near the intersection of Plank Road and Stillhouse Creek Road.

Three Charlottesville men who pleaded guilty to the 2021 attempted armed robbery of an Albemarle County man were sentenced Tuesday in federal court.

Mark Briggs, owner of Quality Gifts of Charlottesville, knows what it’s like to rebound — on a basketball court, from the downturn in business…

The hoax occurred the same day as a similar hoax at E.C. Glass High School in Lynchburg. Together, they make up two of more than 30 similar reported instances across the county in the past week.

The plane that crashed was a 1978 Piper Cherokee, similar to this one.