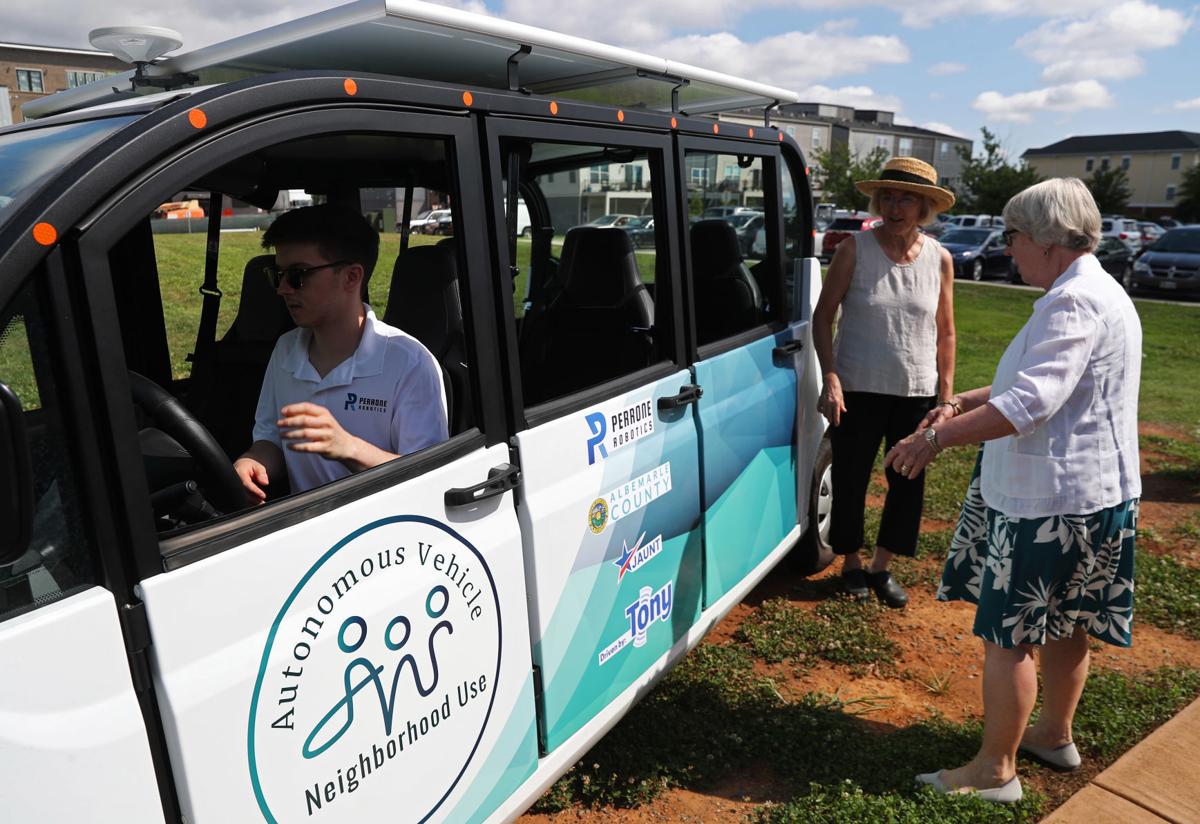 Albemarle County board members Diantha McKeel (right) and Ann H. Mallek get a closer look at the vehicle during an unveiling for the new autonomously driven shuttle AVNU (Autonomous Vehicle, Neighborhood Use) at the Old Trail Village Town Center in Crozet on Tuesday. Find more photos at DailyProgress.com. 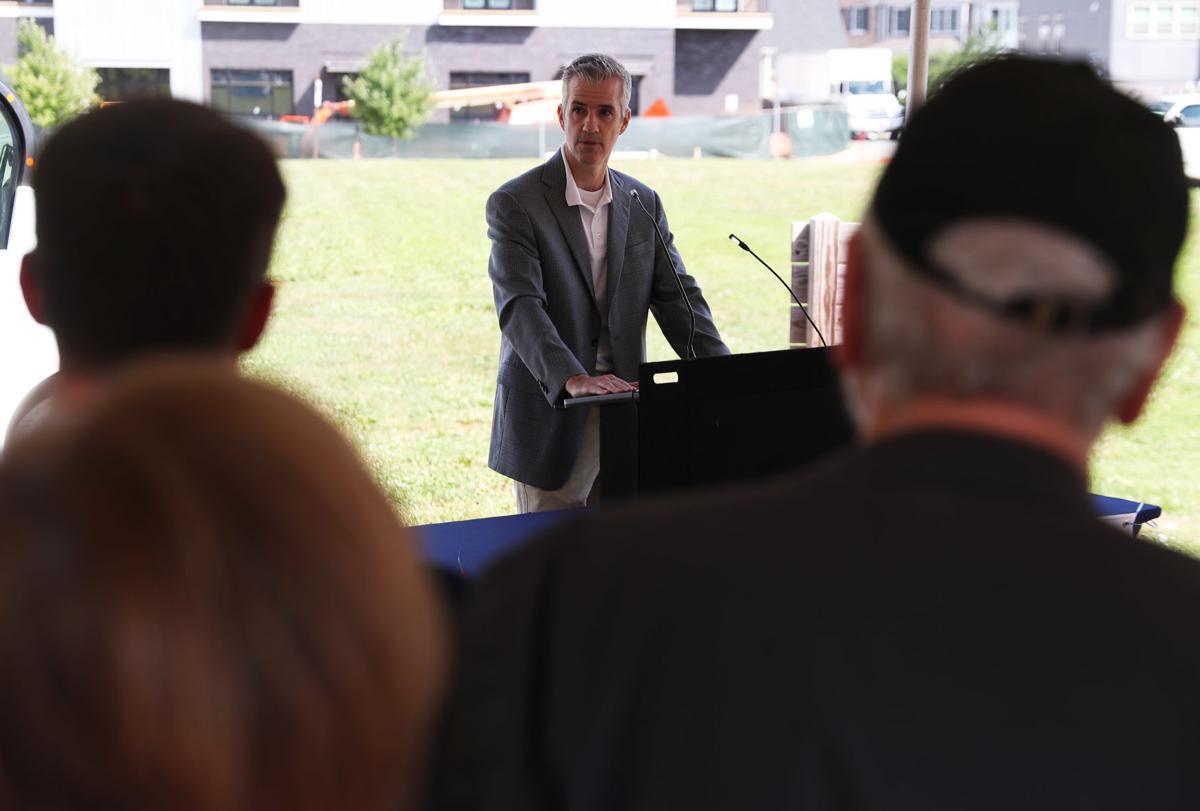 Autonomous shuttles are now on the road in Crozet.

Perrone Robotics, a Crozet-headquartered developer of autonomous vehicle software, is running the pilot autonomous shuttle program in a partnership with JAUNT and Albemarle County.

“We’re here today to launch the first autonomous shuttle operating on public roads with the public on board in the state of Virginia,” Perrone Robotics founder and CEO Paul Perrone said at the launch on Tuesday.

The shuttle is called Autonomous Vehicle, Neighborhood Use, or AVNU.

“It’s what we hope will be the spark for enabling driverless vehicle technology to take you wherever you want to go, whenever you want to get there now, versus waiting over 10 years for it,” he said.

The pilot autonomous shuttle program was initially announced in November with a March launch date, but due to additional safety testing and issues with establishing a public service corporation, the launch was pushed back to July.

Ultimately, the routes and schedules will be posted on a website that is scheduled to launch later this month. The shuttle will be running on Wednesday from 10 a.m. to 12 p.m. and then again from 3 p.m. to 5 p.m., and it will be running those same times on July 20 and 21.

Next week, Perrone is taking the shuttle to an autonomous vehicle conference in Florida next week.

“We’re going to operate it down there as a shuttle for the attendees,” Perrone said.

JAUNT CEO Brad Sheffield said that during this process he has learned a lot about the autonomous industry and what the transit industry needs to know about self-driving vehicles.

“This type of effort opens up new opportunities at a neighborhood level to be able to serve the community at a more intimate approach, rather than just a broad approach,” he said.

“It turns out that more people are killed on highways than in any of the wars that we’ve fought,” he said, without citing evidence.

“Plus, now you can get from point A to point B while being hammered,” Bushnell said. “What’s wrong with that?”

Garrett Moore, a systems engineer with Perrone, took launch attendees on the shuttle.

Joel DeNunzio, administrator for the Virginia Department of Transportation’s Charlottesville residency, said VDOT is considering what the “highway of the future” will look like as more autonomous vehicles get on the roads.

“What we’re looking for from someone like Perrone Robotics or anybody that’s developing these vehicles is what can the state, the county do, as the local transportation agency, to make sure that they have the network they need,” he said.

Two examples DeNunzio used would be to address maintenance in a timely manner and to make sure pavement markings are in good shape.

He said that from a safety perspective, autonomous vehicles are “tremendous.”

“I’m convinced that these vehicles can drive better than any of us can drive,” DeNunzio said.

Allison Wrabel is a reporter for The Daily Progress. Contact her at (434) 978-7261, awrabel@dailyprogress.com or @craftypanda on Twitter.

The company will use some of the investment to establish an advanced autonomous vehicle testing facility at the American Center for Mobility in Michigan.

Albemarle County board members Diantha McKeel (right) and Ann H. Mallek get a closer look at the vehicle during an unveiling for the new autonomously driven shuttle AVNU (Autonomous Vehicle, Neighborhood Use) at the Old Trail Village Town Center in Crozet on Tuesday. Find more photos at DailyProgress.com.