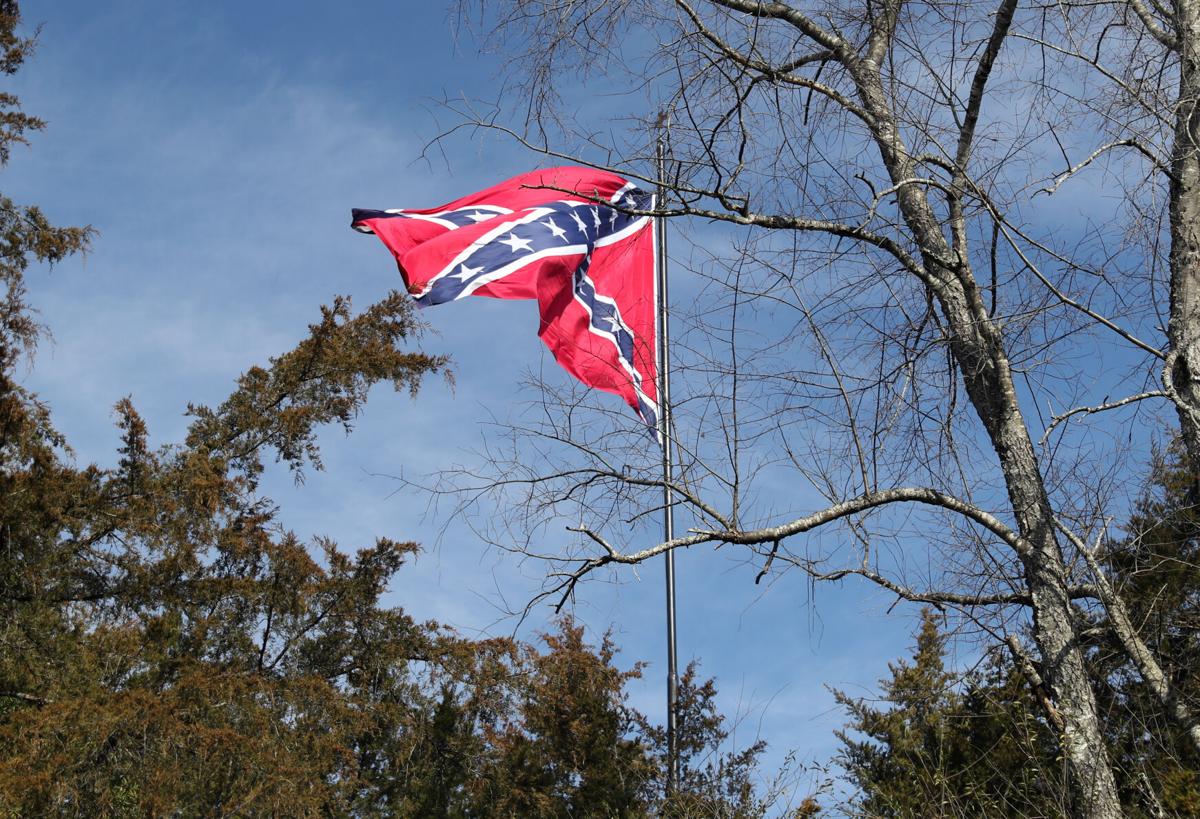 A 30- by 50-foot Confederate battle flag flying from a 120-foot-tall pole in Louisa County has been an issue of contention since it was erected in 2018. 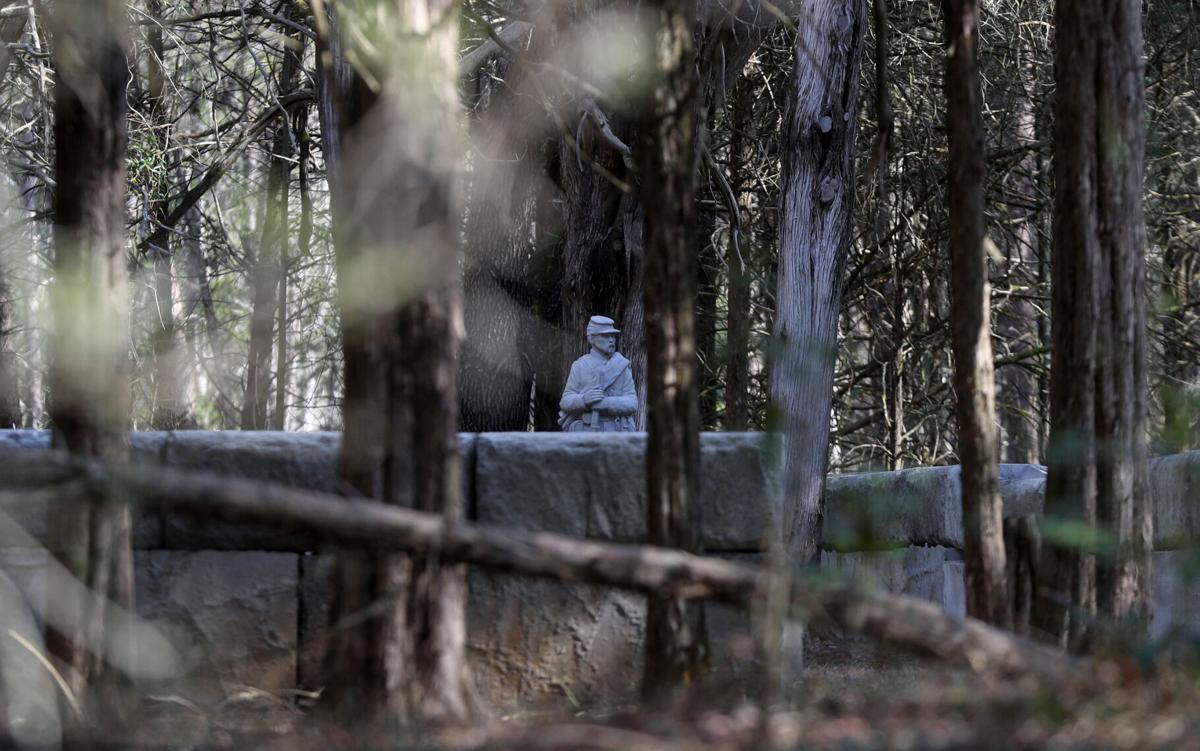 A wall and statuary are near the 120-foot-tall flagpole in Louisa County.

The owner of a controversial flagpole bearing a Confederate flag in Louisa County has received a permit to reduce the height of the structure, likely ending a years-long legal battle.

The Confederate battle flag has been an issue of contention since it was erected in 2018. Initially called the Charlottesville I-64 Spirit of Defiance Memorial Battle Flag by the Virginia Flaggers, the flagpole was reportedly built in response to Charlottesville City Council votes to remove two statues of Confederate generals.

The 30- by 50-foot flag flies from a 120-foot-tall pole about 15 miles east of Charlottesville. The flagpole, erected on private property, is momentarily visible to motorists traveling east on Interstate 64.

Not long after the flagpole was erected, Louisa zoning officials contended that the structure was twice as tall as the 60-foot maximum allowed by county ordinance. They ordered that the flagpole either be removed, be reduced in size, or that the property owner obtain a special-use exception from the county Board of Supervisors.

Much of the Flaggers’ argument centered around approval for the structure they claimed had been granted by a county employee over the phone. However, with a lack of written evidence, the Flaggers had a difficult time proving this claim, which in part led to the Board of Zoning Appeals’ decision to deny their appeal.

At some point after the erection of the flag, the Flaggers argued that the pole and flag are a monument to the Civil War and to Pvt. Richard Willis Proffitt, who is buried near the flag’s site. Pointing to a portion of the state code that, at one point, prevented the removal of the two Confederate statues in downtown Charlottesville, the Flaggers argued the same law should apply to the flagpole.

That law has since changed and now allows for localities to remove war monuments, though Charlottesville’s statues remain due to an appeal currently before the Supreme Court of Virginia following a 2019 lawsuit.

In a bid to keep the Louisa flagpole at its current size, Gary Freix, the property owner, and Flaggers representative Grayson Jennings testified in August in Louisa County Circuit Court that there was a wall and two statues placed nearby, which, in conjunction with the flagpole, constituted a monument.

However, in a blow to the Flaggers and Freix, Judge Timothy K. Sanner issued an order in September in which he wrote that the flagpole was not a monument. Sanner cited, in part, that neither man was able to testify with any certainty as to whether the other structures were present when Jeff Ferrell, an assistant county administrator, inspected the property on April 17, 2018.

“Given the nature and purpose as to why he was there, it is apparent that [Ferrell] gave careful attention to the specific nature of what he was observing at that time to determine whether it was in violation of any of the ordinances of Louisa County,” Sanner wrote. “By comparison, the plaintiff’s witnesses, [Freix] and [Jennings], were relatively vague about what was specifically on the property as of the date of inspection.”

Though this order did not outright resolve the case, which languished on the court’s docket for months afterward, a recently issued building permit shows that Freix and the Flaggers intend to reduce the flagpole’s height.

Issued on Feb. 24, the permit cites the nature of work as reducing the flagpole to 60 feet, bringing it in line with the county’s zoning ordinances. The permit does not include information about when the work is expected to begin.

Requests for comment sent to counsel for the Flaggers and the Louisa County attorney’s office were not returned. Though, per court records, the case still remains docketed, it seems unlikely it will continue given the issuance of the building permit.

As of print deadline, the flag still remains atop the 120-foot flagpole.

Probe shows WHO knew of sex claims in Congo

Probe shows WHO knew of sex claims in Congo

US calls for deescalation in Gaza

US calls for deescalation in Gaza

A 30- by 50-foot Confederate battle flag flying from a 120-foot-tall pole in Louisa County has been an issue of contention since it was erected in 2018.

A wall and statuary are near the 120-foot-tall flagpole in Louisa County.