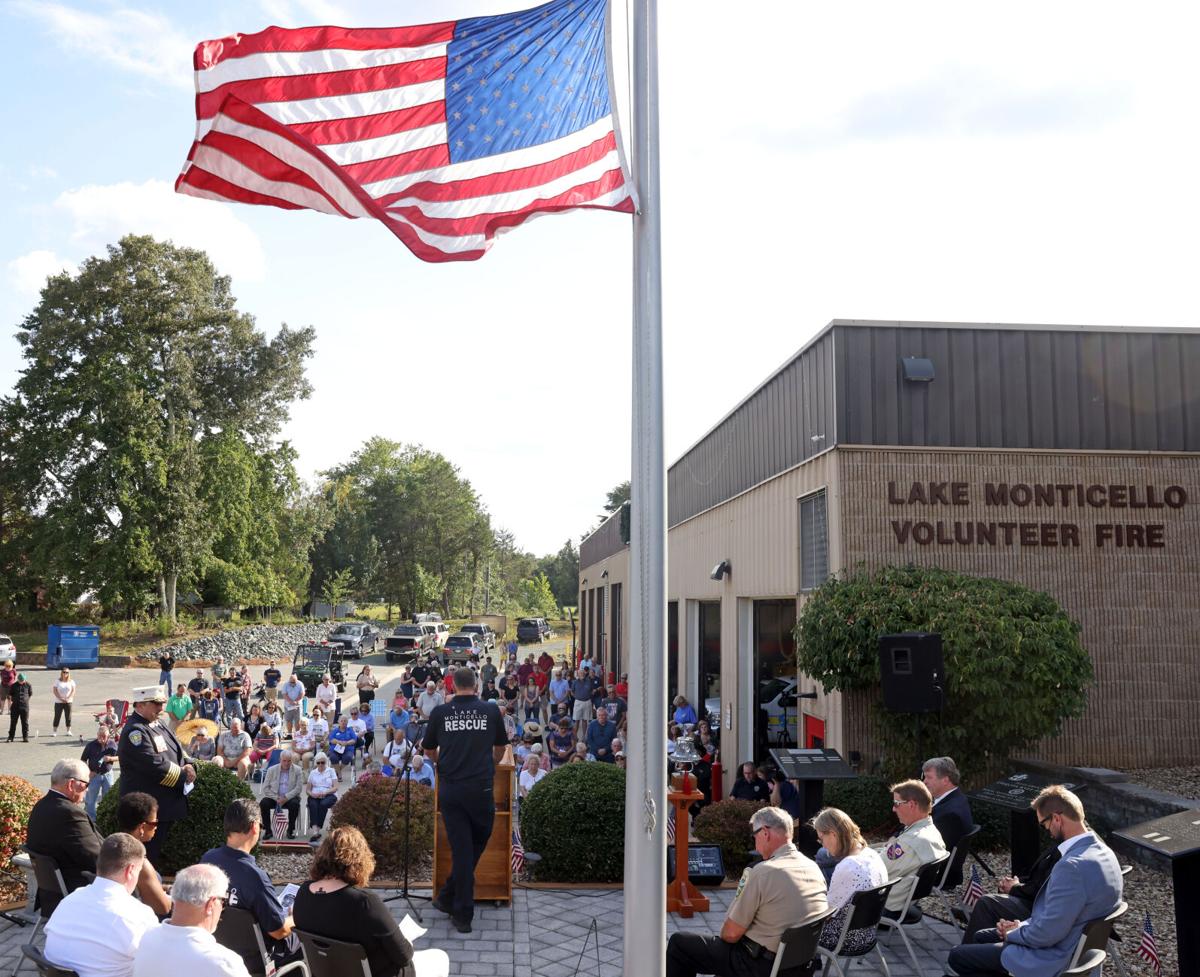 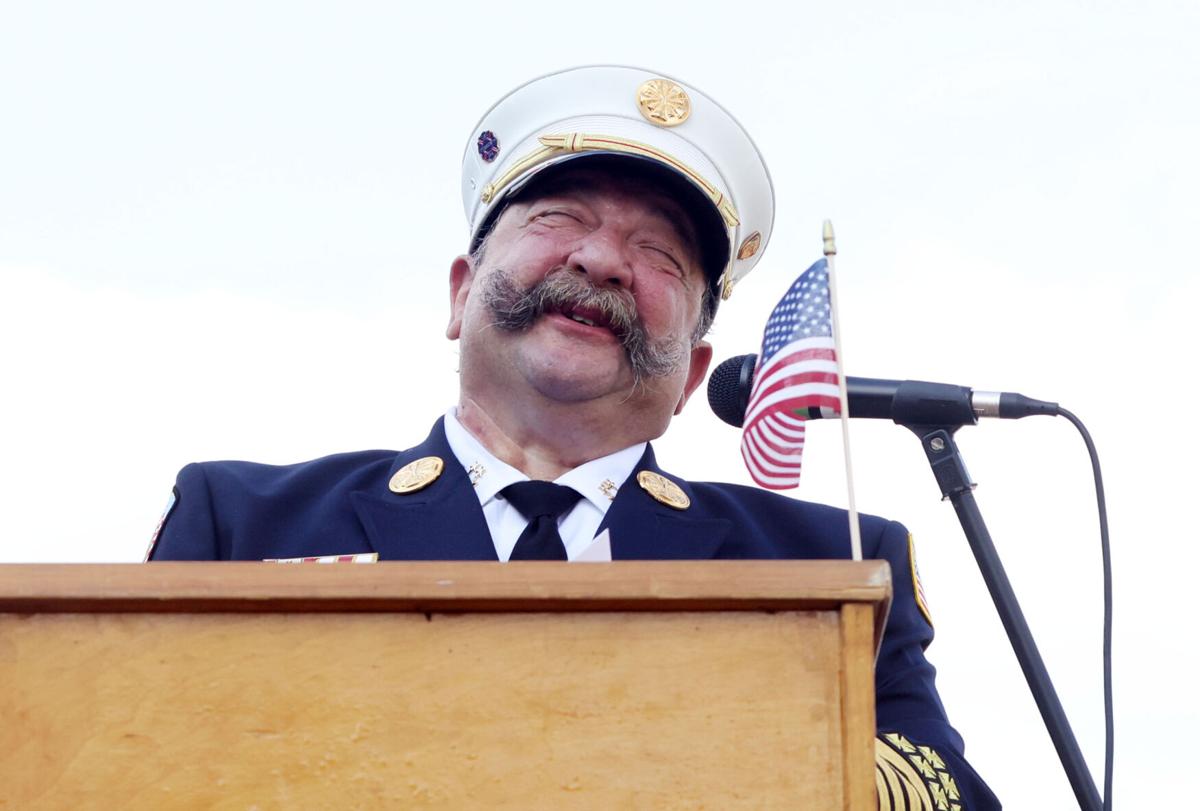 LAKE MONTICELLO — A crowd gathered Saturday in front of the Lake Monticello Volunteer Fire & Rescue station to pause and remember the lives lost in the Sept. 11 attacks 20 years ago.

“Today we honor them and remember them and their families,” Lake Monticello Volunteer Fire Chief Richie Constantino said.

The ceremony, which featured a 21-gun salute, wreath-laying and remarks from several community members, hasn’t changed much since the first one was held in 2002, Constantino said.

Constantino has worked for the Lake Monticello Fire Department for 20 years. Before moving to Fluvanna County, he was a police officer in New York City. He lost friends and family members in the attacks, which killed 2,996 people. Nearly 4,000 first responders have died since from 9/11-related illnesses.

As long as Constantino is with the fire department, the ceremony will continue each year, he said.

“This has to be done,” he said, adding that, for him, the day is one of reflection and remembrance. “It’s important, very important.”

Constantino said Saturday’s gathering was one of the largest they’ve had in the last 20 years. Last year’s ceremony was more informal because of the pandemic.

“This is our way of honoring all those people who sacrificed in the past, are sacrificing now and all the ones who are going to sacrifice in the future,” he said. “It’s our way to keep it alive, if you will.”

The different speakers shared their memories of the attacks, focusing on how the country united in the aftermath, and reiterated the calls to never forget the events of 9/11.

“We all came together as Americans, first and foremost,” said John Lye, chief of the Lake Monticello Water Rescue Squad. “... That’s something I think we’ve lost in the last 20 years, and I don’t know how to get back to that.”

Lye was working at the University of Virginia when the planes rammed into the two World Trade Center towers. He and his coworkers scrounged to find out what was going on, as there were no televisions at the office and news websites were overloaded.

To Constantino, the “never forget” slogan seems to have lost its impact over the years. He said he has heard calls to move on or get over the attacks.

“Maybe we need to change the mantra to ‘never forget to remember,’” he said. “We need to teach the young the facts about that day and keep politics out of it.”

Throughout the ceremony, the work of the fire and rescue station continued with emergency personnel leaving the dais to respond to at least three different calls.

The ceremony was held near the 9/11 Memorial Garden outside the station. The garden started with a donated piece of granite but was revamped in 2011 after Constantino received a piece of steel from the north tower of the World Trade Center.

Constantino said he hopes the garden inspires reflection for those who stop by.

“Think about the lives that were changed forever, lives that were lost, and make them feel they’re part of this,” he said. “This is not just for Lake fire and rescue and water rescue. This is a community thing.”