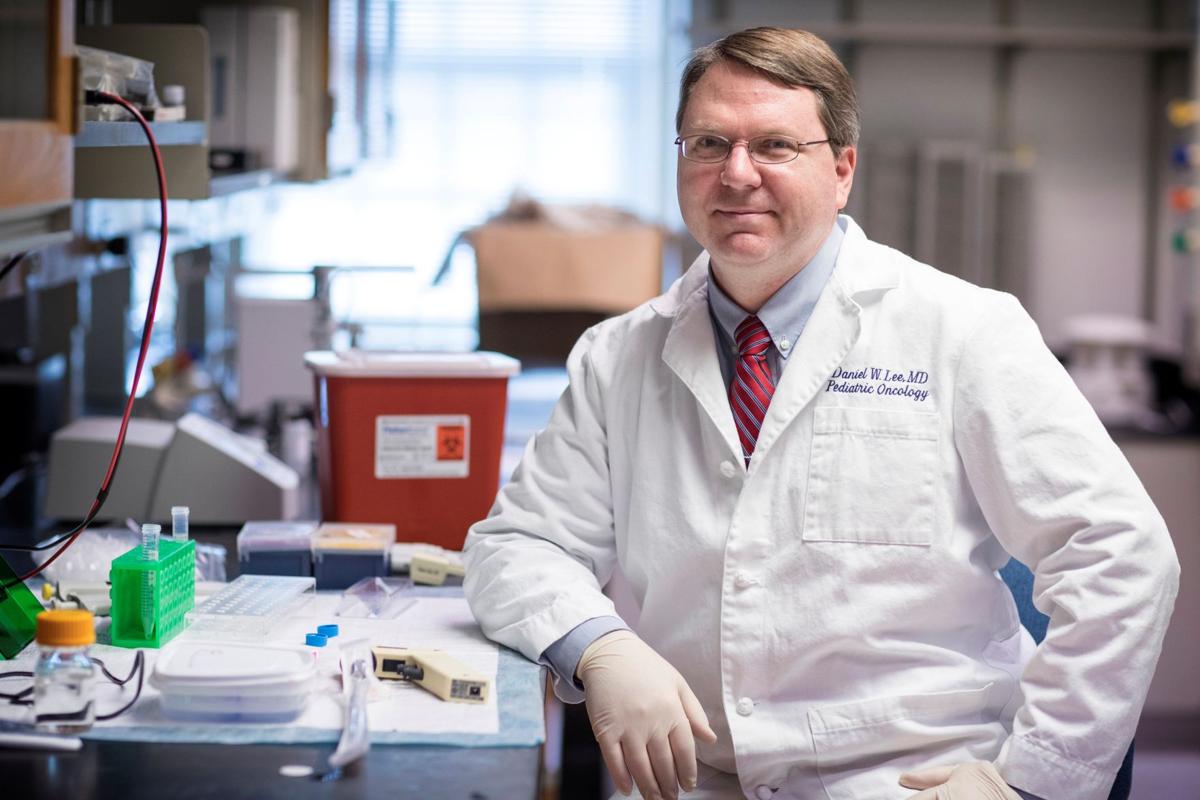 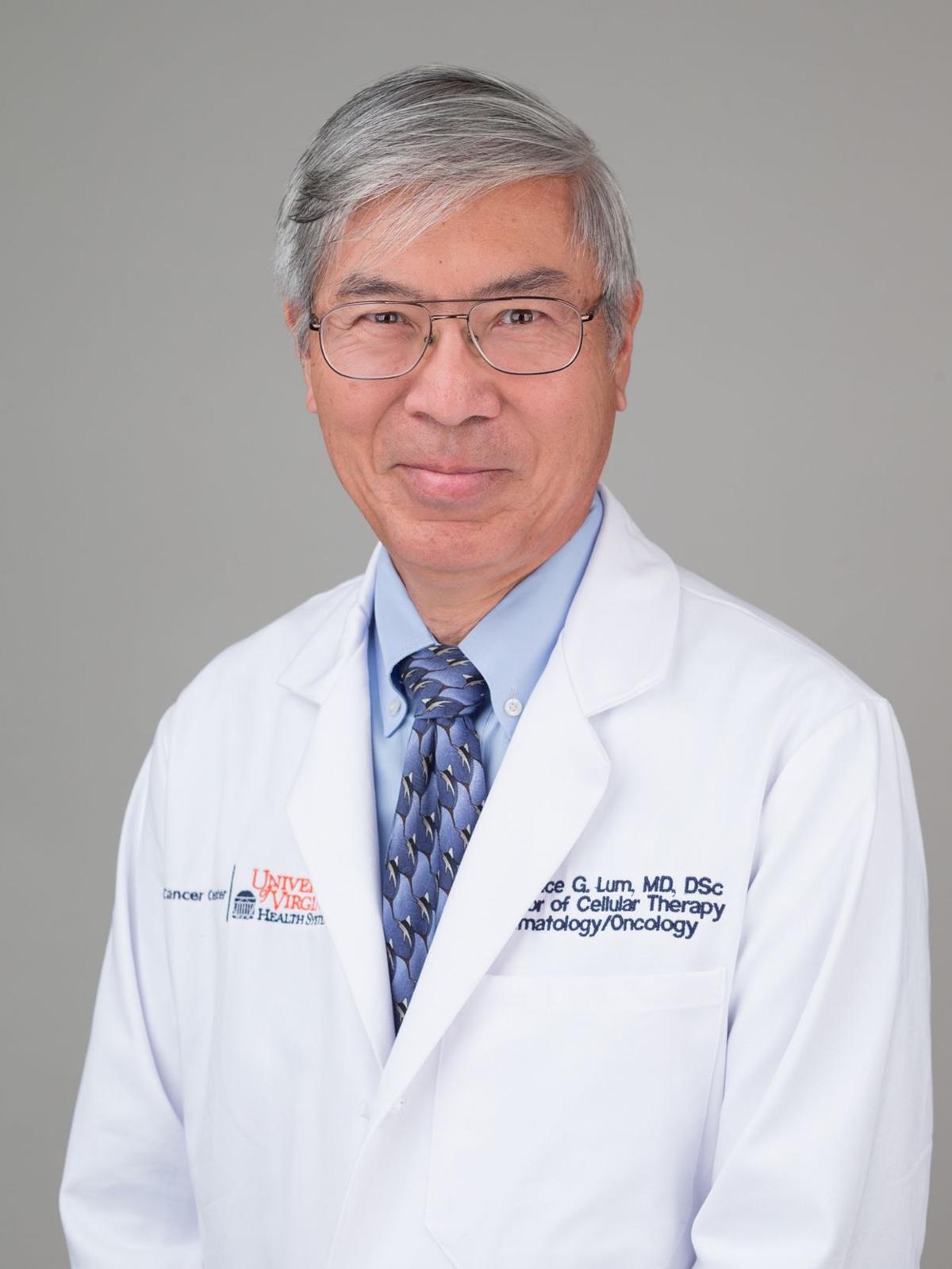 About a year ago, Dr. Lawrence Lum and Dr. Daniel “Trey” Lee both arrived on the University of Virginia’s medical campus.

They joined a growing group of physician-scientists, and brought expertise to the rapidly expanding field of immunology. Lee uses gene therapy to target pediatric cancers. Lum uses antibodies to kill tumors. Others are discovering links between the brain and immune system, a vaccine to battle melanoma and treatments for infertility.

“The targets of very basic and fundamental experimental research 20 years ago are now part of clinical experience,” said Dr. David Wilkes, dean of UVa’s School of Medicine, who has led the push to increase the number of physician-scientists at UVa. “And now, in the immunology space in a particular, it’s accelerating.”

Lee, an assistant professor of pediatric hematology and oncology and director of pediatric stem cell transplantation, developed his own immunotherapy approach to treating childhood cancer at the National Cancer Institute in Bethesda, Maryland.

The approach, known as chimeric antigen receptor (CAR) T cell therapy, genetically modifies a person’s immune cells, known as T cells, and makes them attack the cancer and muster an immune response. Lee removes a small number of blood cells from a patient, ships them to a facility where they can be injected with a special gene that makes the cells kill cancer, and then infuses the cells back into the patient. The entire transfusion process takes about two weeks, as opposed to other processes that can take months.

The genetically engineered CAR T cells continue to replicate in the body, generating a population of hundreds of millions within a few days.

Lee focuses on “soft cell liquid” cancers, such as leukemia, where the cancerous cells present not as a solid mass but in the blood of patients, but he hopes to set his sights on one of the most difficult childhood cancers, neuroblastoma brain tumors.

He cautions that his trials so far have been investigational; no one knows yet if they will provide a cure.

Rather, he thinks of his approach as a “bridge” — he is trying to get rid of cancerous cells of acute lymphoblastic leukemia, the most common childhood cancer, in order to prepare patients for a bone marrow transplant.

Lee likes to take on the patients no other trials will treat. Many of his patients are “refractory,” meaning they have relapsed over and over again, or that chemotherapy was never effective in the first place. Some of the patients only were given months to live, but of those who made it through the side effects of CAR T, which typically resemble a serious case of the flu, 60 percent were alive three years later, a dramatic increase over conventional therapies.

Lee said he has been recruited by private companies, but he’s pleased to have found a home in academia.

“Being on the ground floor of some of this research, I felt like there were so many more places I can take this,” he said. “I try to see the kids that no one else will treat. And I wanted a place that shared that enthusiasm.”

Lum, a professor of medicine and director of cellular therapy in the division of hematology and oncology, takes cells out through apheresis, just like Lee, but he grows T cells in orders of magnitude greater than Lee does. And while Lee only performs one infusion, Lum does eight outpatient infusions.

After receiving Lum’s immunotherapy, patients received chemo, and several who had previously not responded to chemotherapy saw their cancer disappear.

“Chemo following this immunotherapy works better than before,” Lum said.

Results have been encouraging. Sometimes the treatment merely extends the life expectancy of patients; sometimes it allows doctors to eradicate the cancer. It’s non-toxic and is much cheaper than other forms of treatment.

Lum has tested his approach on patients with severe forms of breast, prostate, neuroblastoma, pancreas, multiple myeloma, non-Hodgkin’s lymphoma and ovarian cancers. The infusions of targeted T cells create a lasting immunity by vaccinating patients against their own tumors and can be implemented against a wide variety of cancers.

“It looks like we’re targeting multiple diseases, but it’s all one platform,” Lum said. “The whole process is dependent on a relatively intact immune system.”

Outcomes so far have been promising — one woman with a tumor in her pancreas was not responding to chemotherapy. She received three infusions, did another round of chemo, and has now been free of disease for more than two years.

If Lum can raise enough funds to move his research into the next phase of trials, he hopes to eventually receive FDA approval.

Lum was recruited from Detroit by the heads of the UVa Health System and School of Medicine. He had been planning to retire, but he was interested in the offer to connect with others’ big projects.

UVa is building a whole CAR T cell immunotherapy cancer facility, which Lee hopes to move into in about a year. From there, he says, perhaps researchers can ship their engineered cells to other hospitals and universities, becoming a cancer hub in Virginia.

Wilkes himself has a background in lung immunology and co-founded a company that researches and develops treatments for immune-mediate lung diseases. Wilkes’ hiring initiative, introduced in January 2016, aims to get 32 physician-scientists on faculty. He said such professionals increase the profile of both the hospital and the research institution.

“They are the only group of individuals who can bridge the lab bench to the bedside,” he said. “And then they, coupled with our outstanding basic scientists, help us advance our research and grow our research dollars derived from the National Institutes of Health.”

New research wouldn’t be possible without new insight into how the immune system works. Members of the Carter Center for Immunology, established in 1991, are changing approaches to AIDS, allergies and diabetes.

And while doctors like Lum and Lee focus on cancer, Jonathan Kipnis, director of the Center for Brain Immunology and chairman of UVa’s Neuroscience department, hopes his research one day will help provide treatments for chronic neurological disorders such as Parkinson’s and Alzheimer’s.

“Let’s change how we look at neurological disorders from a neurocentric to immunocentric perspective,” he said. “We can make a vaccine for Ebola within three weeks. Even cancers can be well-managed. But neurological diseases don’t have efficient therapies.”

The problem, Kipnis believes, is that neurological disorders are treated as diseases with single causes and single cures. But if doctors and researchers can change how they think about brain diseases, perhaps they can create solutions for incurable diseases.

Kipnis’ research focuses on interactions between the immune and nervous systems. Two years ago, his team discovered lymphatic vessels that serve as drainage pipes for the brain.

The brain and lymph immune cells previously were thought to not communicate directly with each other. By finding those means of communication, Kipnis said, his team is “filling in pieces of the puzzle” in how the brain interacts with the immune system and how these interactions can be altered in a therapeutic approach.

Now Kipnis is drawing researchers from the northern and southern hemispheres for a neuroimmunology conference and helping to recruit other immunologists and researchers into the cross-disciplinary program.

“The momentum was when the School of Medicine gave us money to form the [Brain Immunology and Glia] center, so we were able to recruit fantastic faculty members,” he said. “Now we’re going on this trajectory upwards, as a group.”

Ruth Serven is a reporter for The Daily Progress. Contact her at (434) 978-7254, rserven@dailyprogress.com or @RuthServen on Twitter.

Administrators say no evidence to indicate students have transmitted the virus to the local community.

Private shooting preserves are not required to notify adjoining landowners of the proposed use or obtain approval from the local government assuming “such activity is permitted under existing ordinances.”

The virtual series is free and open to all, but registration is required.

The designation comes at the request of petitioner Charles "Alex-Zan" Alexander and about 200 area residents.

So far, no students have tested positive for COVID inside the Blue Ridge School's bubble.

Counsel for Kevin Michael Moore is arguing that dental records used to identify the remains of the decedent have not been verified.