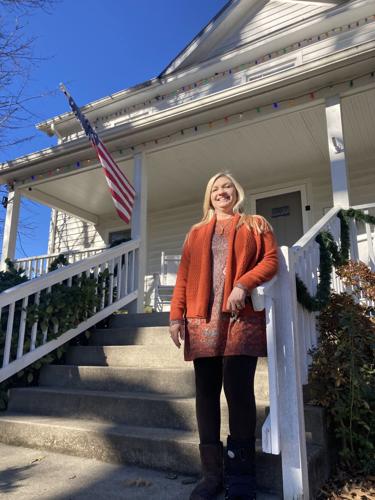 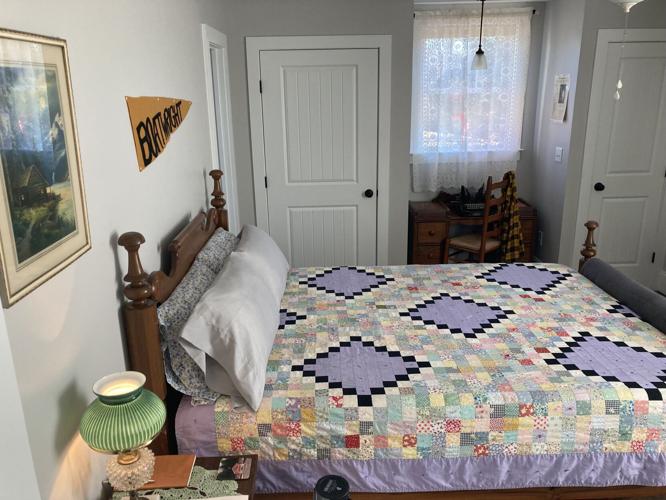 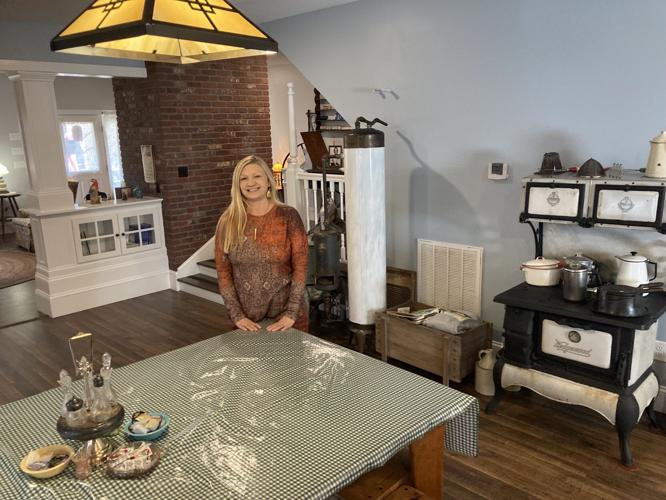 The book that inspired the iconic CBS show “The Waltons” begins inside a crowded house with the main character, best known by his television name John-Boy, contemplating a big deer hunt on Thanksgiving Day.

This holiday season, deer-hunting may get displaced by house-hunting, as the home where the real-life John-Boy was raised has recently hit the market.

For about the price of a typical Charlottesville townhouse, the childhood dwelling of late author Earl Hamner Jr. in the tiny Nelson County community of Schuyler, can be purchased.

“People come from all over to see that house,” says Nelson shopkeeper Russ Simpson. “It’s like a shrine.”

Virginia’s Department of Historic Resources and the National Register of Historic Places would seem to agree, as each landmarked the house in 2004.

Despite the acclaim, owner Carole Johnson, 56, says she wants to see her father through his final years back on the west coast at her own childhood stomping grounds.

“My dad is 86, and part of me just wants to go and be there with him,” says Johnson.

A longtime fan of “The Waltons,” Johnson uprooted herself from Mendocino, California, when she bought the Hamner house five years ago. Three years ago, she completed construction next door of John & Olivia’s Bed & Breakfast, a house that mimics television family’s house. Both buildings are open for tours and overnight stays.

This superfan concedes that while the B&B may have captured the spirit of the television family, its six bedrooms and 3,500 square-foot footprint far outscale the original dwelling.

“Hollywood made the Depression look good,” laughs Johnson, as she gives the tour of the much smaller Hamner house. Measuring about 1,600 square feet, this white clapboard building has just one bathroom, and as many as four of the famous family’s eight children would share one of the three bedrooms.

At a reporter’s request, she dials one of the surviving siblings, 90-year-old Paul Hamner, now living in a New Jersey retirement home.

“I will always love that house,” says Hamner. “And sometimes cold chills come over me thinking about the times we had there.”

“We watch you guys every day,” Johnson tells him.

The television show debuted in 1972 and ranked as high as the #2 spot in the Nielsen ratings. Johnson marvels at the continuing popularity of the program, which still airs on such networks as Hallmark Drama, MeTV, INSP, and Amazon Freevee. She says the show has been dubbed for several international audiences.

“No matter what language you translate ‘The Waltons’ into, family is what comes through,” says Johnson.

On Tuesday morning, as the smell of bacon lingers inside John & Olivia’s Bed and Breakfast, two couples are finishing breakfast at the large kitchen table.

Stephen and Jodi Skinner, both 53, travelled from Prince George, a county about two hours southeast of Schuyler.

“Stepping in here is like stepping back in time,” says Stephen. “It’s a magical place.”

“I even made my four children watch the show,” recalls Jodi. “On Friday nights we would get pizza and watch the Waltons.”

Such memories buoy the owner, but she also confesses to some fatigue.

“I love honoring Earl and his family,” says Johnson. “But after three years I am tired.”

The Hamner house on three quarters of an acre can be had for the price of $346,000. The larger John & Olivia’s is priced at $745,900. Both are offered with their period furnishings for any business-minded person who wants to keep the Hamner-Walton story going.

Still, Johnson isn’t sure the houses will sell, and she’s already devising a backup plan to automate the tours and figure out the breakfasts so that she can spend time with her father.

“It’ll be sad and bittersweet,” she says, “if I actually do sell.”

One dead after Orange County crash

The truck driver was arrested and charged with involuntary manslaughter and not having a valid commercial driver's license.

Magic on the Mall kicks off Saturday

Members of the community can ride the Holly Trolley, participate in an elf scavenger hunt, and enjoy live musical performances.

The Daily Progress will publish the names of new donors each day and designate in whose honor a gift is made.

Two fundraisers for the victims of Sunday night's shooting at the University of Virginia have been verified by the crowdfunding platform GoFundMe.

5 charts that show where home sales are headed in Virginia

Are prices headed up or down? Where are the hotspots for buyers and sellers? Find out with these charts and graphs, updated weekly.

Digital comics and puzzles are back!

Digital comics, puzzles and columns provided to this website's subscribers are back online after an outage this week.

Distinguished Dozen is open for nominations

The Daily Progress wants your help in celebrating the heroes among us.