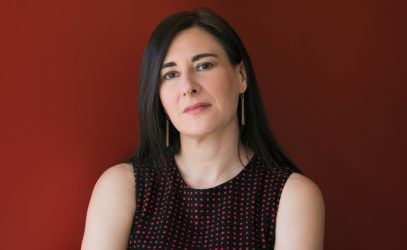 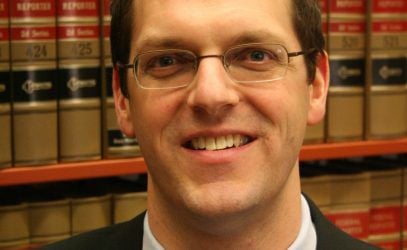 If you want to protect your information from data-mining bots, foreign government operatives and national security organizations, you have to do it yourself.

Russell Miller and Sharon Weinberger told a Virginia Festival of the Book audience Friday that use of social media and the internet put private information at risk in cyberspace every day.

Weinberger wrote “Imagineers of War: The Untold Story of DARPA, the Pentagon Agency that Changed the World” about the Defense Advanced Research Programs Agency. Miller authored “Privacy and Power: A Transatlantic Dialogue in the Shadow of the NSA-Affair” about American electronic espionage in Germany.

Both authors said some organizations are pushing the idea of data privacy, but that protecting privacy is also a personal obligation.

“Alongside public organizations that would address our concern for privacy, each of us is obliged to protect our own interests,” Miller said. “From ad-blocking software to privacy settings, we have to pay attention to our dependence on and use of social media and take control of our own information.”

Miller said data mining and intelligence can be controlled within a country by laws and limiting the country’s police or intelligence organizations. But he said there are no international laws that prevent a country from mining the information of another country’s residents.

“The Russians and the Chinese are major players in this,” he said. “I think we’ll see similar situations in the future.”

Weinberger said that privacy laws in the United States have not changed much in response to the public’s fear of information mining. She said the drive to protect online privacy in the wake of Edward Snowden’s revelations regarding U.S. intelligence activity has come from technology companies.

“It forced Silicon Valley to deal with the outrage from its users and the impact to its bottom line,” she said. “Our laws have really not changed at all.”

Weinberger said U.S. intelligence agencies have given up collecting large amounts of data and now rely on private businesses such as Google and Facebook, which collect the data and sell it to advertisers.

The government can then file subpoenas or request information from the companies.

“There are a lot of things we as consumers are unaware of,” Weinberger said. “Your Gmail account, for instance, anything that’s more than six months old is no longer communication but is storage and the agencies do not need a warrant to get stored information from Google. If they request that stored information, they don’t need to notify you.”

Aside from law enforcement and intelligence gathering, more personal information is being used for commercial and political gain, they said. They pointed to recent revelations of data mining of Facebook users by applications and quizzes.

One Britain-based company, Cambridge Analytics, claimed to have thousands of data points for more than 200 million Americans that it used to build voter profiles for campaigns, including Donald Trump’s presidential race in 2016.

“It can be seen as part of a global struggle over mastery of the issue of privacy and private data,” he said. “The most important resource today is data.”

Bryan McKenzie is a reporter for The Daily Progress. Contact him at (434) 978-7271, bmckenzie@dailyprogress.com or @BK_McKenzie on Twitter.

Penguins mail their Christmas letters to Santa at UK zoo

Penguins mail their Christmas letters to Santa at UK zoo

With an estimated $20.3 million more than originally projected in revenue coming in this fiscal year, Albemarle County plans to give raises, a…

Thanksgiving weekend was a busy one for area Christmas tree farms