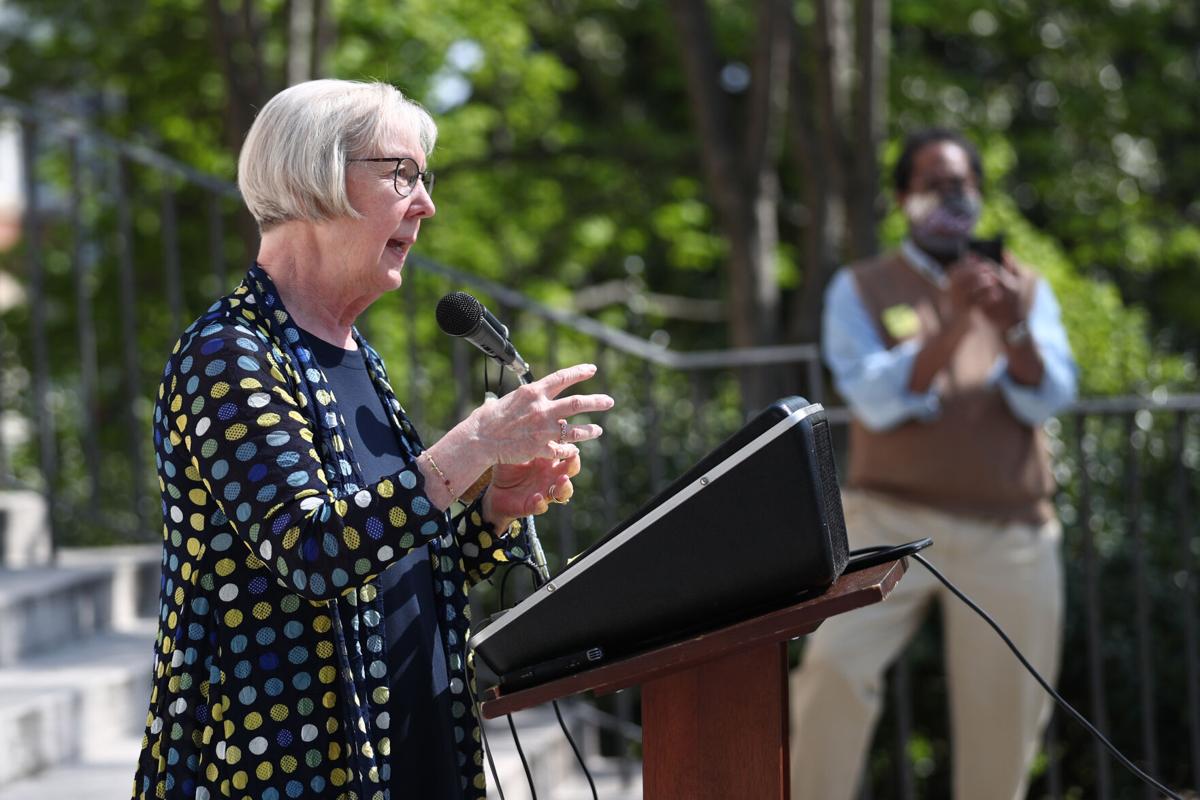 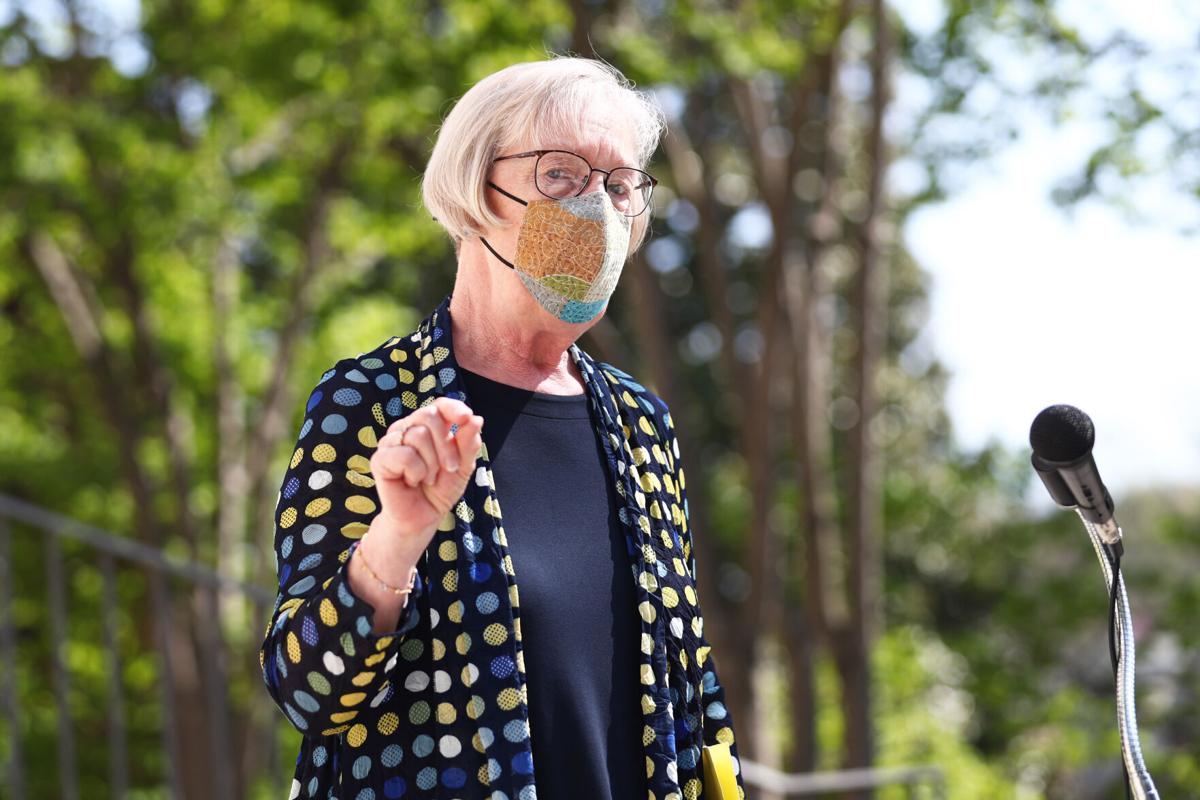 Albemarle County Supervisor Diantha McKeel announced during a press conference that she will run again for the Jack Jouett District seat on Tuesday, April 6, 2021 outside the Albemarle County Office Building.

Diantha McKeel will seek a third term on the Albemarle County Board of Supervisors this year.

On Tuesday, McKeel, a Democrat who represents the Jack Jouett District, formally announced her candidacy for the November election.

McKeel said she enjoys serving community members in her district and across Albemarle.

“I like problem solving, and I like networking and getting people together — and I think that’s a big part of this job,” she said.

McKeel, a now-retired clinical research coordinator, was first elected in 2013 as an independent, and previously had served on the county School Board for four terms.

A 40-year resident of the Jack Jouett District, McKeel said the area had been a bedroom community around the city, but has now grown into an urbanized area.

“That change has brought a lot of diversity, which is wonderful, and brought traffic challenges, [which is] not so great,” she said.

If re-elected, McKeel said she would focus on connectivity, resilience and infrastructure.

On connectivity, McKeel said she would emphasize the expansion of broadband, emergency communications, transit and multimodal transportation access options.

She said resilience includes the adaptation and preparation for the changing climate through the county’s Climate Action Plan, work on affordable housing and the need to provide “equity of opportunity and service delivery to enhance the wellbeing and quality of life for all members of our community.”

“I also want to add that I will be very supportive of the needs of the school division, especially as they focus on learning recovery, [after] the loss that was created over the last year from the pandemic,” she said.

McKeel made her announcement on the steps of the County Office Building on McIntire Road to a small group of reporters and Albemarle Planning Commission Chair Julian Bivins, who represents the Jack Jouett District and is also her campaign manager.

According to the county registrar, Democrat Ned Gallaway of the Rio District is also seeking another term. Jim Andrews, a retired physicist and attorney, is running as a Democrat for the Samuel Miller District seat. At this point, they are all unopposed.

Opinion/Letter: Board candidacies devoid of diversity

The lack of choices in candidates for November’s three Albemarle County Board of Supervisors contests is terribly disappointing.

Albemarle County Supervisor Diantha McKeel announced during a press conference that she will run again for the Jack Jouett District seat on Tuesday, April 6, 2021 outside the Albemarle County Office Building.