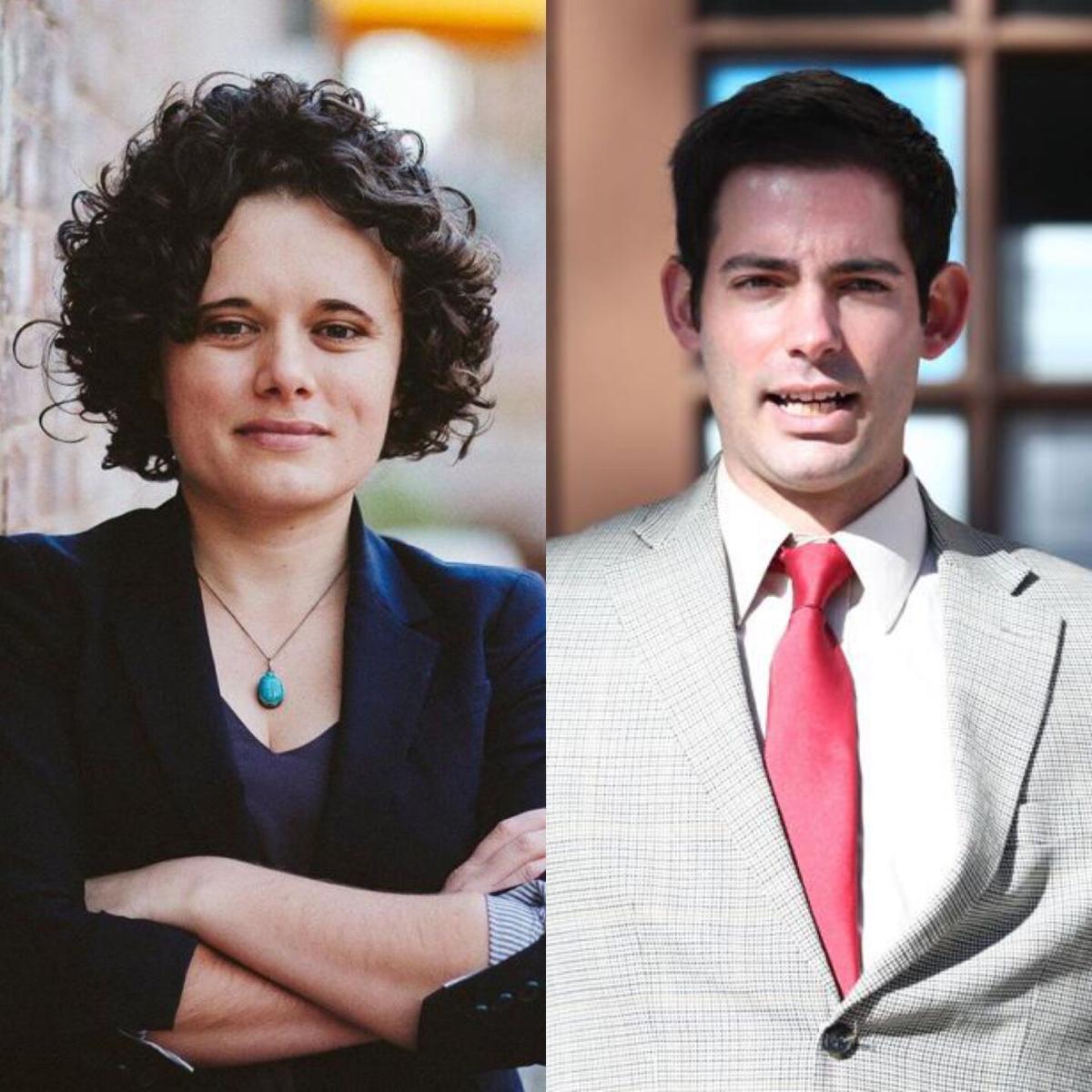 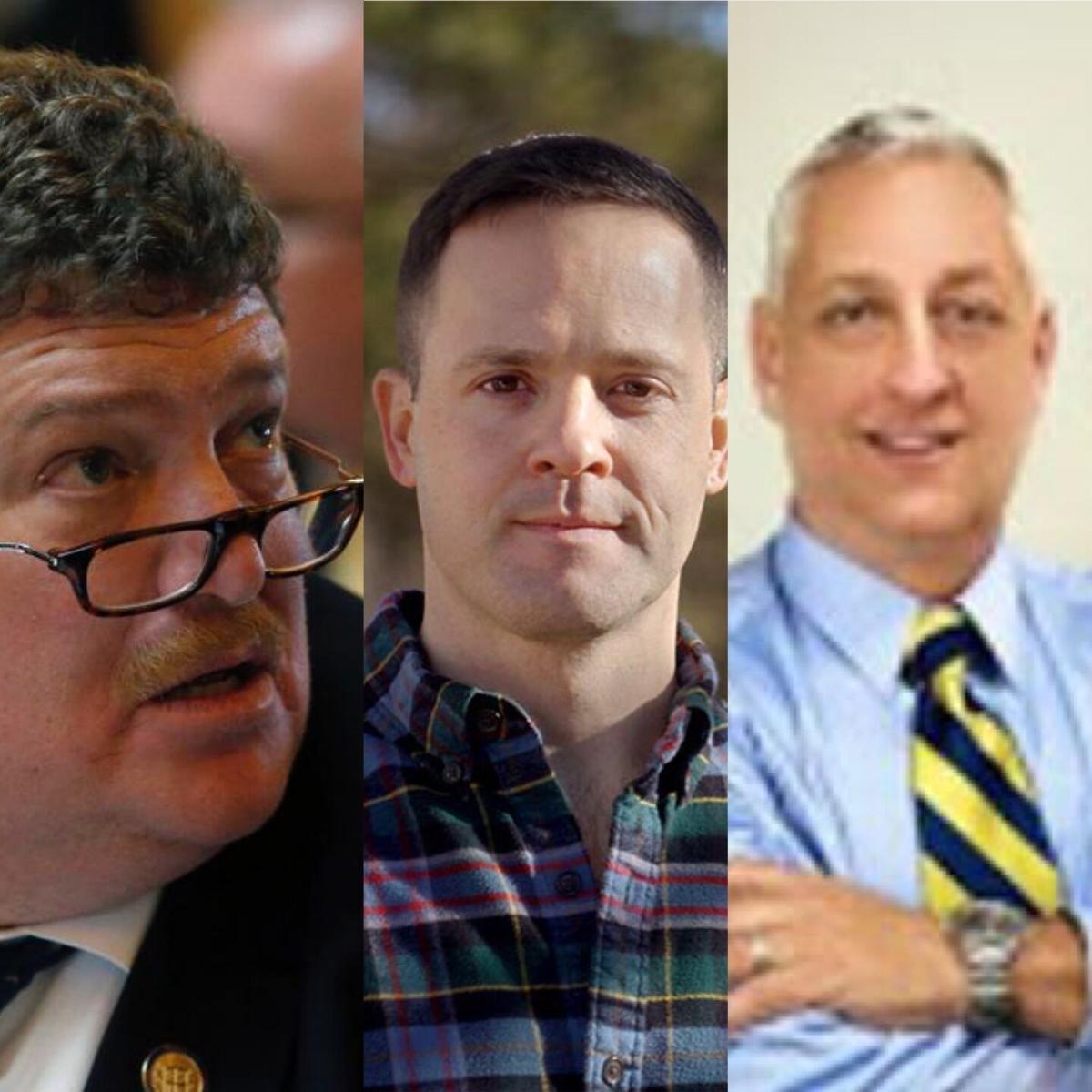 The forum was structured to allow each candidate two minutes to respond to a variety of questions — some posed by Beard and some submitted by members of the audience. Chief among the topics were legislative priorities, COVID-19 response and health care.

Among the first questions asked candidates their thoughts on the state’s COVID-19 response, which most responded favorably toward.

Hudson, the incumbent democrat in the 57th District, said she was pleased to see the high rates of vaccinations within the commonwealth and said that many legislators put COVID-19 at the top of the priority list. She said other important issues cannot be addressed until the public health threat is lessened.

“I think that the general assembly can do some things to assist with the vaccine rollout, but it’s important to remember that we have a part time General Assembly and so the GA is not in session for most of the year,” she said. “But we have a very powerful executive branch by design, and most of the rollout of those administrative procedures largely sits with the executive agencies.”

As a member of the GA, Hudson said her role has been to communicate the needs of the local health district and to be a good public health communicator, letting constituents know where to get reliable information and where to get vaccinated.

Hamilton’s comments were in sharp contrast to Hudson’s, as the candidate announced that, despite having previously contracted COVID-19, he was not vaccinated and did not plan to change that. Instead of encouraging people to get vaccinated against the virus, Hamilton suggested changing Virginia’s “food stamp” program.

“I think the government’s been wrong all along and we need to change our food stamp programs so that we can purchase vitamins in addition to food so that way those who are living in poverty are more likely to boost their immunity to fight off this virus,” he said.

The impact of vitamins —specifically vitamin D — on the COVID-19 virus has been the subject of some medical studies, though opinions on its efficacy remain divided. Medical opinion remains far less divided on the high efficacy of vaccines in preventing infection and is bolstered by the enormous percentage of unvaccinated individuals suffering from COVID-19.

Moses, who is running as a Democrat in the 59th district and works as a physician, said he had seen the impact of the virus first hand. Though there have been peaks and valleys, Moses said the virus is still very much present and causing harm, particularly among those unvaccinated.

“The evidence in support of vaccines is definitive at this point; there have been billions of doses of vaccines administered around the world,” Moses said. “I think that overall we now know that it is not only safe but also an effective means of decreasing the overall morbidity and mortality of the COVID-19 syndrome.”

Fariss, the incumbent Republican, began by citing a widely discredited claim that the COVID-19 vaccines were developed too quickly. However, Fariss said he is no longer skeptical of the virus’ harm after experiencing a related personal loss and said that he thinks anyone who can get vaccinated should.

“I think it would be awful to get sick, go to the hospital and then a health care worker gets sick because they were trying to make me better and, in the case that I know that first affected me, take it back to their family and their family gets sick and die from it,” Fariss said.

Scicli, an independent running for the 59th district, also shared that he was unvaccinated and has also never been vaccinated for the flu. He said he was not in favor of mandating a vaccine, but did think the state had done a decent job combating the virus.

Later in the panel, a member of the audience asked the candidates to affirm that the 2020 presidential election had not been fraudulent. Claims of rampant voter fraud, largely perpetuated by Donald Trump and his supporters, have been universally debunked in the year since the election.

Both Hudson and Moses agreed that the election results were correct, with Hudson citing the regular election audit from the Virginia State Board of Elections found no evidence of voter fraud in its March 2021 audit.

“I think that it’s important that anyone who puts their name on the ballot commits to respecting the results of these safe and secure elections and if you can’t do that, then you should find another line of work,” she said.

Fariss, Scicli and Hamilton all suggested that some voter fraud may have occurred and advocated for voter I.D. laws, which were largely repealed in the last few years by the General Assembly’s Democratic majority.

This section of the forum was briefly derailed after Hamilton admitted to being in the U.S. Capital on Jan. 6 at the same time as protesters stormed the legislature, resulting in at least three deaths and dozens of arrests.

“I actually voted for [Libertarian candidate] Jo Jorgensen in 2020, but even though I didn’t vote for Donald Trump, it doesn’t mean that I think that should not have been decertified,” he said.

Beard quickly intervened to ask Hamilton if he entered the capital building or thought about entering the capital, which the candidate denied doing. Hamilton insisted he was there to peacefully protest.

On the topic of health care, Beard asked the candidates what they would do to address the 13,000 people with disabilities currently waiting for Medicaid waivers in Virginia.

In order to provide more funding for these individuals, Hudson said there has to be a conversation about cutting wasteful spending or raising revenue.

“Last year I carried a bill to close a loophole, which was propping up coal facilities in Virginia that are no longer generating either money or clean energy, or jobs,” she said. “I’ve also pushed to close many loopholes in corporate taxation which are preventing big businesses that do business in multiple states from sending their fair share of revenue back to Virginia.”

“That bill was a feel-good bill, I hate to say it, in fact I was the only one out of 99 people that voted against it,” he said. “But when you limit co-pays, the insurance companies then have to pay for it and so until we get back to the pharmaceutical companies that are gouging us and do something about that, well that’s something that I look forward to working toward.”

Moses said that the wait experienced by the 13,000 people reminded him of the inadequate health care services that veterans have received. These long waitlists for care caused a huge issue, he said, and led to worse and expensive disease burdens.

“Right now in the Commonwealth, we spend an enormous amount of money but a lot of that is care at the emergency room level or at the very end of life,” he said. “When we’re talking about paying for Medicaid waivers, it’s for people to get access to primary care services to preventive care services, things that will actually overall decrease the disease burden in the Commonwealth, and decrease the cost to every single taxpayer.”

Scicli said he was shocked by the number and advocated putting party alignment aside to work for the people.

“We need to put the parties aside on some of these things and really work for the people and that’s what I would do: get with both sides and say that we need a solution, we need to fix this now what can we do in the best interest of the people,” he said.

Hamilton echoed the same point as Scicli before pivoting to his support marijuana legalization and advocating for using that as a source of additional revenue for the commonwealth.

The approximately one-and-a-half-hour forum ended with each candidate calling on support from registered voters and urging them to reach out with questions.

The 57th District and 59th District seats will both appear on the Nov. 2 ballot.

A developer has asked for rezoning so the company can build a 250-unit apartment complex on West Rio, with promises that some units would be affordable for those with lower incomes.

A proposed trash and recycling station in Keene was deemed consistent with Albemarle County’s Comprehensive Plan by the county’s Planning Commission.

Albemarle County will tax cigarettes at 40 cents per pack starting Jan. 1, joining almost 100 counties and cities in the commonwealth that tax…

Brian Pinkston, a Democrat, continued to lead the council candidates in fundraising, bringing in $20,589.45 from Sept. 1 to Sept. 30.