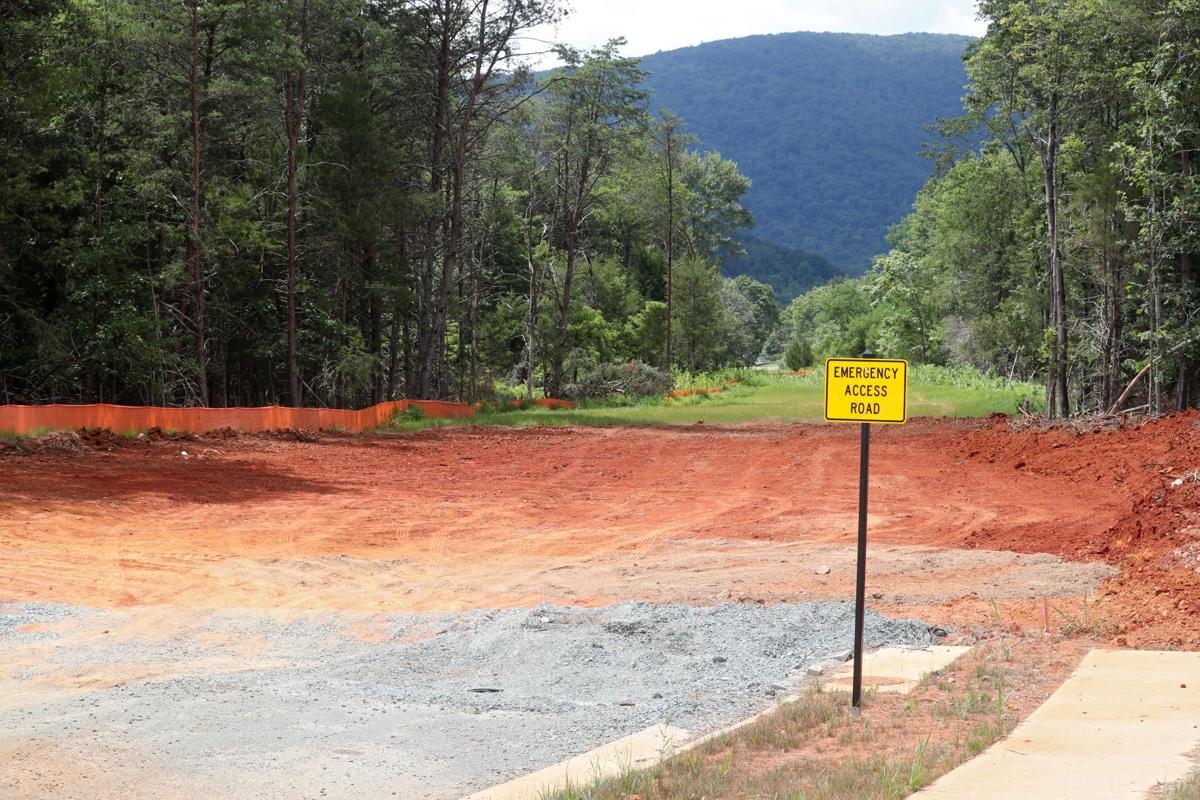 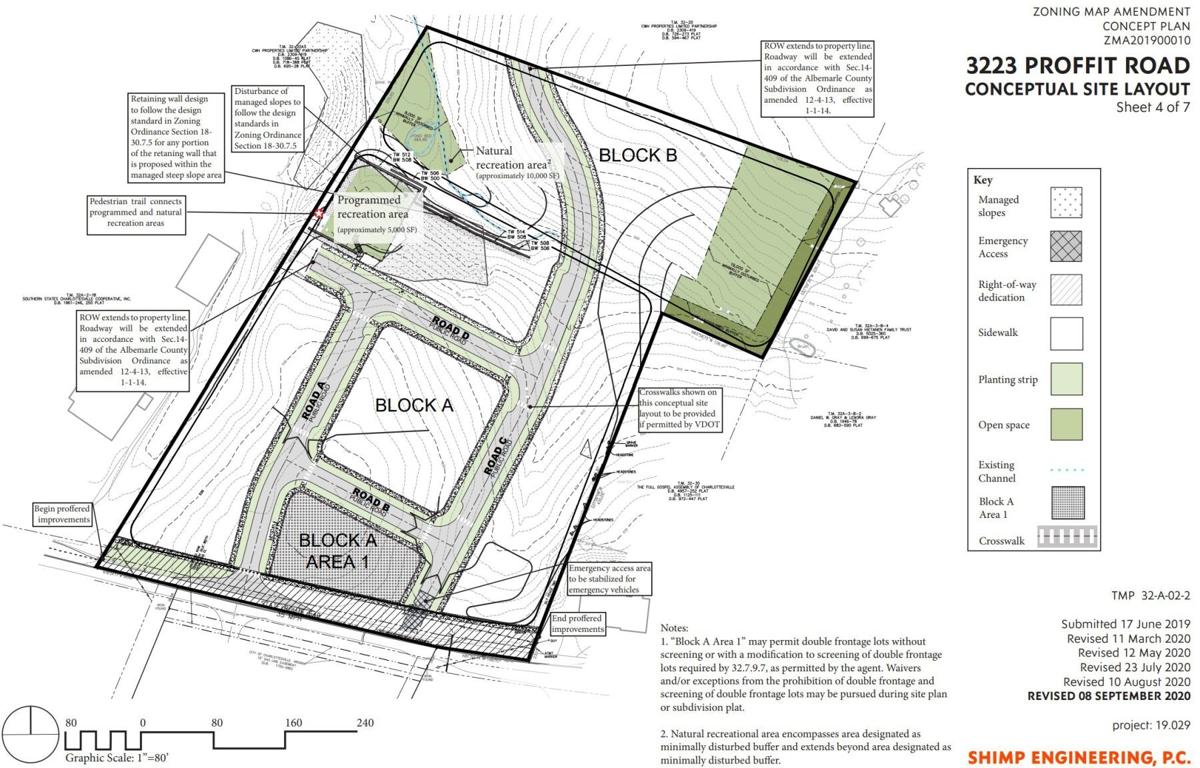 A concept plan for a property on the north side of Proffit Road includes a road network and the general block layout, where block A toward the street has the residential units and block B at the back now has a road and residential units in addition to green space.

The relocation of a previously approved stream crossing at an under-construction housing development in Crozet was approved on Wednesday.

The Albemarle County Board of Supervisors unanimously approved a special-use permit to relocate the crossing, which originally was approved in 2016 as part of a proposed development called West Glen.

Since then, the property changed hands and a new development with more than 200 housing units, Pleasant Green, is being built on the former West Glen site and additional land.

“Distributing the traffic is really important for the neighborhood,” she said. “ ... Everything east of the creek all the way up to the railroad racks is being very, very densely built upon, and so having access for many of those folks to get directly to Jarman Gap and be able to go out will be an improvement over Blue Ridge Avenue.”

In July, the Planning Commission unanimously recommended approval of the special-use permit.

The new proposed stream crossing will have fewer stream impacts, no impacts to preserved slopes and will be 925 feet downstream of the previously approved location.

Plans are approved for Pleasant Green, and Stanley Martin Homes is currently building the first phase, which consists of 50 units. A site plan application for the second phase of 126 units had been deferred until the board took action on the stream crossing.

As part of the permit's conditions, Stanley Martin Homes will also remove a dam in Powell’s Creek and dedicate a greenway trail to the county.

A development with fewer units than originally approved, but with a connection to the North Pointe development, was also given the go-ahead by board members.

In 2019, a rezoning from Rural Area to R-15 was approved for a 7.29-acre site at 3223 Proffit Road, which would have allowed a minimum of 44 dwelling units and a maximum of 109 dwelling units on the property.

With the approval on Wednesday, the internal street network layout has changed, residential units are permitted on the back of the property and the overall maximum number of units permitted was reduced to 80 units.

At the board’s Sept. 2 meeting, the supervisors had a lengthy discussion about the open space areas proposed for the project and the preservation of trees on the property, and deferred it to address concerns.

The board voted 5-1 to approve the changes on Wednesday, with Supervisor Liz Palmer casting the dissenting vote, citing the process and the concerns about the open space.

At the previous meeting, Developer Justin Shimp said the proposal kept about 80% of the open space from the original approved rezoning.

Palmer said, at the time, that she didn’t think there was enough green space in the development areas.

The Albemarle County Planning Commission on Tuesday recommended approval of a special-use permit to move a previously approved stream crossing pursuant to a new development in Crozet.

A concept plan for a property on the north side of Proffit Road includes a road network and the general block layout, where block A toward the street has the residential units and block B at the back now has a road and residential units in addition to green space.