A framework created by members of the Charlottesville Housing Advisory Committee, if adopted, has the potential to alter the way consultants and planners think about the city’s future land use map.

The process of revising the city’s Comprehensive Plan has proved controversial, with community members expressing concerns with revisions made by consultants from Alexandria-based firm Rhodeside and Harwell Inc. The consultants were hired by the city and make up the Cville Plans Together team, which is reviewing and revising the Comprehensive Plan and future land use map.

Eleven city neighborhood associations signed a letter asking Cville Plans Together to extend the process by six months because they were unhappy with the process thus far.

Jenny Koch, lead consultant with Cville Plans Together, said the team has received thousands of emails and letters from residents both in support and opposition to the proposed changes.

Dan Rosensweig, president and CEO of Habitat for Humanity of Greater Charlottesville, and Sunshine Mathon, executive director of the Piedmont Housing Alliance, worked together to create a framework for the land use map focused on prioritizing affordable housing. Rosensweig and Mathon both serve on the Housing Advisory Committee.

“We’re proposing a framework for how to think about the mapping process and to prioritize affordability and preservation as key drivers of the map form,” Mathon said. “I think what drove us to putting it together is, in part, what we are hearing from community members across the spectrum and trying to find common ground, and the common principles that at least we theoretically all hold on to for the future of our city.”

Rosensweig said he and Mathon came up with this framework to create a potential “win-win” model for all community stakeholders who may have different opinions about the draft land use map.

“The responses to the map were concern and fear among folks in low-income communities and particular communities that are historically communities of color that land use changes that were contemplated for the map would potentially accelerate gentrification and force them out of their neighborhoods,” Rosensweig said.

All other residential portions of the city would have a base land use of General Residential. Recognizing that city growth has been accommodated on the backs of lower-income neighborhoods for generations, this would shift growth patterns to higher-income areas.

In effect, all residential areas of the city would have a base land use of either Low-Intensity Residential or General Residential.

The idea is neighborhoods could only have higher density designations only for specific, dedicated development of affordable housing as opposed to other types of development, Mathon said.

Rosensweig said what they are presenting is not a new map, but rather a new way of thinking about the map.

“This is a framework, we’re not offering a new map. We’re offering a different way of thinking about the land use map that helps people get what they articulated that they want in this community,” he said.

“Essentially, what the new proposed land use category of low-intensity residential does is it preserves the existing densities in those neighborhoods. So, in and of itself, it doesn’t necessarily stop development, or people selling their homes. There’s nothing in the land use map process that can do that. But what it does do is it takes the pressure off of those neighborhoods by not allowing any additional new density, unless, if and only if, affordable housing is provided as part of that development,” Mathon said.

“By having the rest of the residential portions of the city fall under the General Residential, where there is some modest neighborhood scale density increases given as a by-right, it shifts, to some extent, the development pressure to other parts of the city,” Mathon said.

Mathon said this would give people the ability to build a duplex or add accessory dwelling units, or split a large home into two or three interior units.

“The goal is that if there is an additional intensity desired either by developers or by a neighborhood, then it allows for that, but again, if and only if, affordable housing is part of that. So it ties the concept of increased density specifically to the provision of affordable housing,” Mathon said.

Mathon said the idea behind this is to recognize the inequities ingrained in the way the city is currently structured and zoned and how Black and low-income neighborhoods have been gentrified in the past and prevents that from happening again.

“What we’re trying to do is to insert a core value set for how to look at how that next stage of refinement happens. So that, one, we can find the common ground; two, we can prioritize preserving historically Black and low-income neighborhoods; and three, prioritize affordable housing as the primary driver of future intensity and growth in the city,” Mathon said.

Rosensweig said the framework aims to recognize that the existing land use map is a product of intentional efforts to segregate Charlottesville.

“We’ve gotten exactly what was intended: a very segregated city. I think any reasonable person will acknowledge that,” he said. “We have a proactive responsibility as a community to redress that. And so we need to figure out ways to create options for people from different walks of life to live in different neighborhoods, rather than to maintain patterns of segregation that tear us apart as a community.”

Mathon and Rosensweig said they have gotten positive feedback from stakeholders in the community across various backgrounds, and that the Cville Plans Together team is reviewing the suggestions presented in the framework.

“No future land use map … is going to address every single concern of every single neighborhood. So what we’re trying to do is to find that common ground of principle that we can build on,” Mathon said.

Oldest message in a bottle ever found confirmed by archives

Oldest message in a bottle ever found confirmed by archives

County staff will revise the proposed ordinance based on feedback and bring it back to the board at a later date — Aug. 18 at the earliest.

The City Council also voted to approve the design for the Fontaine Avenue Streetscape project.

City extends deadline for statements of interest for Confederate statues

In early September, City Manager Chip Boyles will conduct outreach with the interested parties to further evaluate their interest and resources. 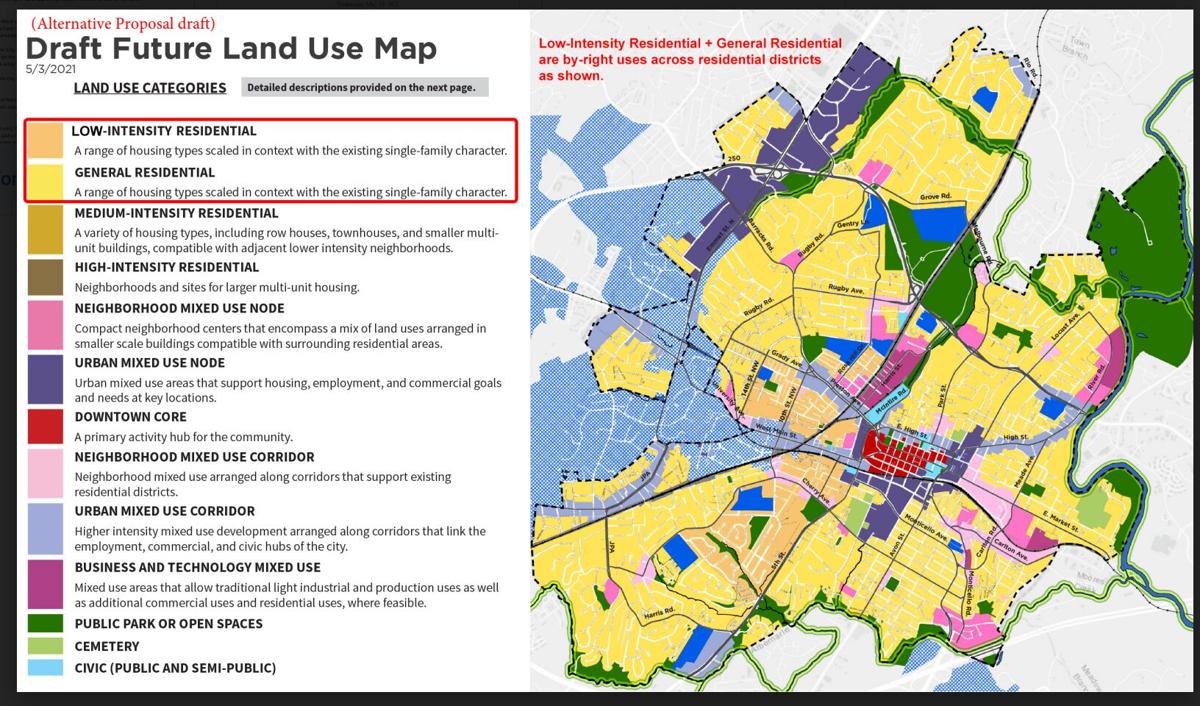 This is an example of what Charlottesville’s future land use map could look like if the framework developed by Dan Rosensweig and Sunshine Mathon were adopted. 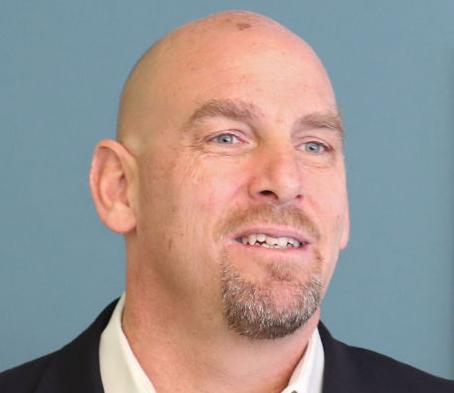 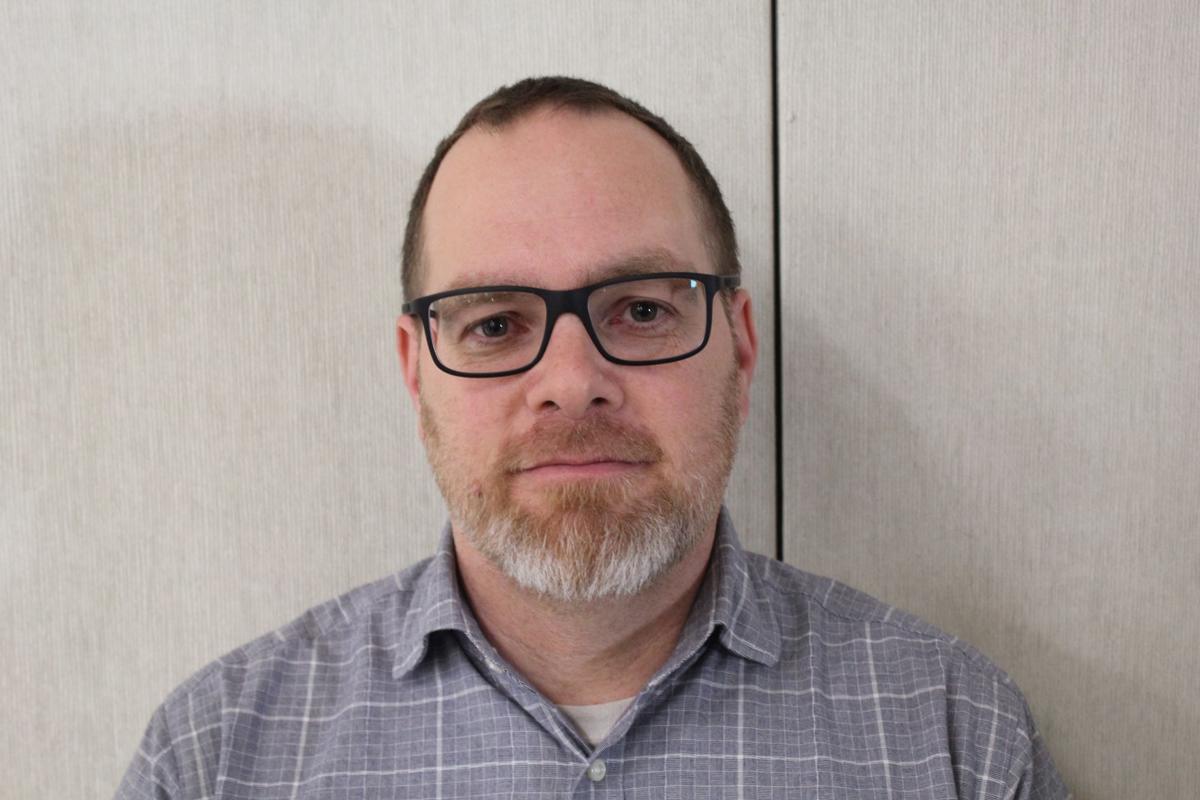