It was never going to be easy.

When he started as executive director of the Charlottesville Redevelopment and Housing Authority on Aug. 3, John Sales knew “there were going to be challenges.”

In that short time, Sales has started tackling longstanding problems identified by staff, residents and the U.S. Department of Housing and Urban Development.

“I think we’ve uncovered everything we need to be working on and I think we’re well under way in addressing everything that has been identified,” he said.

HUD has given CRHA the status of a “troubled” agency, a title for housing authorities underperforming in several metrics.

The agency recently released its findings and a recovery plan. Last week, the City Council approved a recovery agreement with CRHA and HUD to address a slew of issues identified in the audit. Sales said the plan focused on its accounts receivable, vacancies and physical deficiencies in units.

The agreement requires CRHA to address concerns, provide an implementation strategy and develop a sustainability plan.

CRHA is crafting a request for proposals to seek a consultant for the sustainability plan, which will lead the financial future of its properties to ensure long-term affordability.

The plan will take about a year to be finalized.

Vacancies, maintenancePrior to working with CRHA, Sales was the city’s housing coordinator. In that position, he was told that CRHA only had about 30 vacant units. However, once he started his new job, he learned the real number was 64.

Sales said reasons for the discrepancy ranged from people moving out without notice to units not transferring to a new software system.

Sales has focused on fixing and filling the units to ensure a key revenue stream.

The vacancy rate translated to 17% of all units, well above the 3% level at which HUD begins penalizing local authorities by cutting down on payments.

If housing authorities have a vacancy rate of 3% or less, HUD provides funding based on the total amount of units owned by the authority. If the vacancy rate is higher, funding is only provided based on the number of units that are occupied.

The vacancies were in part caused by a severely understaffed maintenance department that was unable to quickly turn over units while addressing ongoing issues.

Some of the issues causing units to remain vacant were the need for new kitchens and bathrooms and leaking plumbing.

“When you have four staff members trying to address all the work orders, it becomes almost impossible to turn a unit,” Sales said.

An industry standard is to have one maintenance worker per every 35 apartment units. For CRHA, the average was one for every 94 units.

The CRHA’s redevelopment coordinator, Dave Norris, characterized the maintenance crew as a “skeleton staff” hamstrung by “antiquated procedures and technology.”

“When you can’t even keep up with day-to-day repairs, it’s hard to do the work of getting vacant units back online, particularly ones that might need extra work,” he said.

Through a federal grant, Sales has added four maintenance employees.

While waiting for the maintenance staff to start, CRHA partnered with Habitat for Humanity to turn over seven vacant units. CRHA is now averaging turnover of three to four units a week.

CRHA is hiring a firm to complete an assessment of all of its properties. The firm will create work forms for all units, and maintenance staff will go through and tackle all issues.

Once each unit is properly maintained, Sales said CRHA can start to focus on preventative maintenance.

Maintenance issues have been a longstanding concern of residents. Norris said they have been present for “many years;” Operations Director Kathleen Glenn-Matthews said “it’s been decades.”

CRHA policy and management has changed and morphed frequently over the years as the agency churned through directors, she said.

Sales is CRHA’s eighth executive director since 1998, with each of his predecessors lasting three to four years in the role.

“I think there’s just been so many management changes and decisions made that maybe haven’t had such long-term thought,” Glenn-Matthews said.

Trust between the housing authority and its residents has soured over the years because of the ongoing maintenance problems. Glenn-Matthews said the strides Sales has made will help bridge the divide.

Glenn-Matthews said residents have been involved in the maintenance work. Some have been hired onto staff while others are being trained to work on construction sites for redevelopment.

“John’s come in with a really good bird’s-eye view of things, a deep understanding of HUD and has really gone about doing some things that have taken a while to get to,” he said.

HUD also reported mismanagement of the housing choice voucher program, which provides rental assistance in private units. While working with the city, Sales was told the program was maximized, but once he started at the housing authority, he found capacity for 75 additional vouchers.

Sales said the housing authority had been conservative with its spending on the program to avoid a shortfall. He decided to boost the program because the authority would lose around $600,000 if the vouchers weren’t used.

The voucher program guarantees participants will spend 30% of their income on rent. Sales said HUD estimates that, based on the area, the agency should be providing an average of $703 for rent on each voucher.

The HUD determination is made based on families making 40% to 50% of the area’s median income. The median income for a family of four in the Charlottesville metropolitan area is $93,900.

However, Sales said the authority is instead averaging $753 per unit because of the cost of rent in the area. The authority also is working with families at 30% of the area median income, with an average income of $13,300, Sales said.

Sales said the less money a family makes, the more money the housing authority must contribute to rent, which eats up funding for the program. At the start of the coronavirus pandemic, CRHA’s average contribution to vouchers was as high as $867.

Another issue HUD identified was that no one was separately and directly managing the oversight of the voucher and inspection programs, which caused problems with both. CRHA has rewritten its administrative plan to address the programs.

The 75 vouchers create an additional $5,100 in monthly administrative fees that can be used to hire another staff member to run the program and conduct inspections.

For the first time in four years, CRHA’s waitlist for the housing-choice voucher units is at zero. The agency is planning to reopen the waitlist in November.

CRHA’s goal is to reach zero vacancies by Dec. 31.

Sales called it a “lofty goal, but it is achievable.”

With money from the federal coronavirus relief package, CRHA has been able to cover unpaid rent during the pandemic for 122 households. Twelve additional households were behind on rent before the pandemic and CRHA will work with them through a new eviction diversion program.

The program focuses on education and teaching families the importance of paying rent, while also offering instruction on budgeting.

While the housing authority has a history of not evicting people for missing rent, Sales said the program will help to build long-term stability for public housing residents.

“It doesn’t accomplish much [to evict people],” he said. “It’s much easier and better when we work with the residents to try to get them to understand the importance and need to pay rent.”

The diversion program is voluntary, but CRHA is finalizing an incentive to encourage families to enter the program.

“This is often the housing of last resort for some individuals,” he said. “If you evict a family from public housing, they really do not have a lot of other options.”

While CRHA is on the precipice of a massive redevelopment project, its ongoing strides will provide massive benefits to current residents. The rehabilitation work is tackling more than 270 units while voucher programs will benefit more than 100 households.

Norris said it could be five to 10 years before some properties are even touched by redevelopment, so addressing current needs is vital.

“It’s important that the housing authority provides decent-quality housing for all of its residents,” Norris said. “It’s important that vacant units be filled because we have a lot of people in this community who need affordable housing. It’s a shame to have an empty unit when a family could be living there.”

“He’s an on-call man,” she said of Sales. “If you need something and it’s an emergency, he’s going to pop out.”

Although CRHA is trying to fill its vacancies by the end of the year, Collins said the staff isn’t rushing to turn over units, but is being thorough in their work.

“We’ve just been really impressed,” he said. “[Sales] really [knows] what needs to happen and he’s going out and making it happen. It’s a new day.”

Norris said: “You can’t just focus on the future. Improving people’s quality of life and quality of housing has to include making improvements in the housing they’re living in now.”

Director John Sales of the Charlottesville Redevelopment and Housing Authority is bringing some management skill to the authority. But too many serious problems had been allowed to accrue without sufficient notice to City Council or the public.

G7 price cap on Russian oil kicks in, Russia will only sell at market price

This historic crown is being readied for King Charles's Coronation Day

This historic crown is being readied for King Charles's Coronation Day 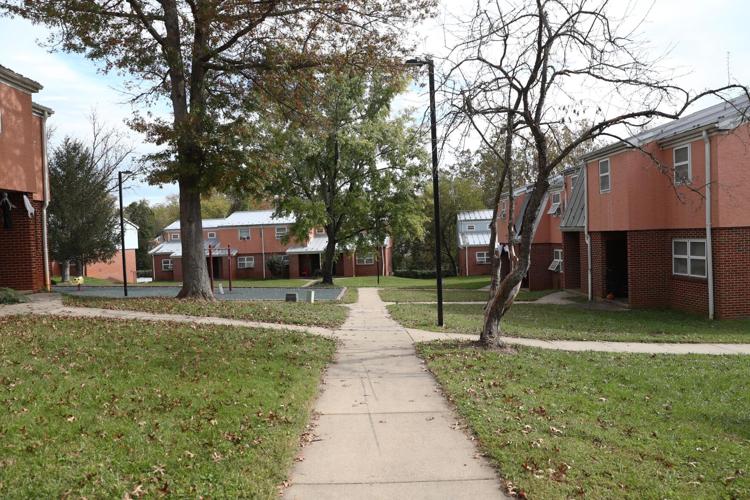 The Charlottesville Redevelopment and Housing Authority is taking a stronger focus on addressing multiple vacancies and longstanding maintenance issues. 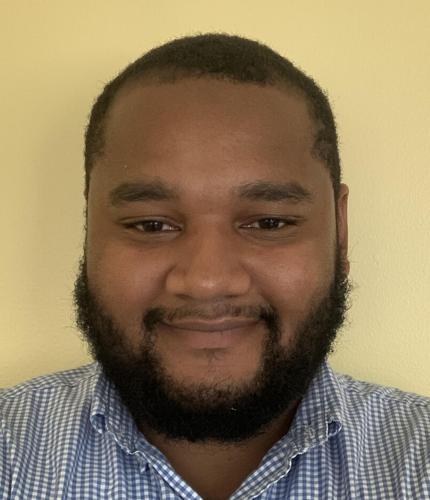