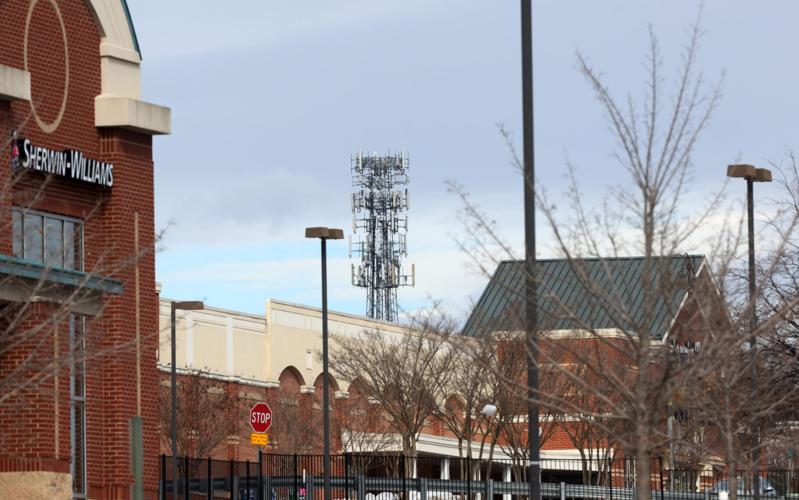 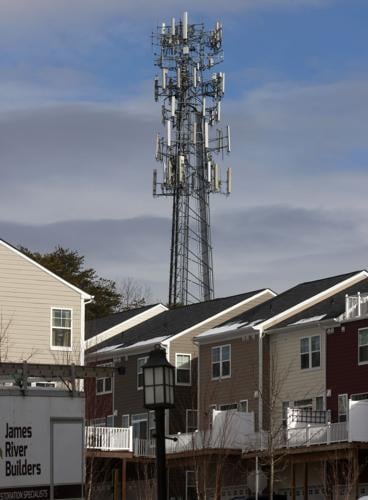 A cell tower stands just behind a neighborhood located near the airport in Albemarle County.

“We are only targeting underserved homes, households that don’t have access to traditional cable modem service or fiber to the home, and obviously we’re only targeting underserved homes with a reasonable chance of getting the Beam signal,” said Dan Meenan, the vice president of wireless network development at Shentel, to the authority earlier this week at its virtual meeting.

Shentel responded to an RFP that the broadband authority issued last year. ABBA had initially planned to use its own funding for the project, but was able to use $697,194 of CARES CRF funds, which contributed to six of the seven wireless sites.

At all of the sites — at Crozet, Rio Road, Carter’s Mountain, Cobham, Airport/Joshua Run, Advance Mills and James River — cells were attached to existing towers.

“Five of the seven sites that we attached to in the county were developed before the current wireless policy, so they’re comparatively much taller structures, oftentimes with high elevation to start, like the Advance Mills tower, like the Airport tower there off of [U.S.] 29,” Meenan said. “The Crozet tower and the Scottsville tower were a bit atypical. Typically, we can’t get enough underserved homes passed with shorter towers to justify the cost.”

Those interested in the service can check their address on Beam’s website. If the house could be eligible, technicians will come out and perform a signal test to find the best spot on the house for an antenna.

There currently are more than 60 customers in Albemarle. Shentel started marketing the service in December.

Meenan said the company has identified four other areas with significant pockets of underserved homes — Afton Mountain, Chiles Mountain, Yancey Mills and Peters Mountain — and is looking for existing towers to attach to in those areas.

“Two of the four of these search rings, there are no existing towers that are suitable for the beam service, so that would require a new tower build, which requires exponentially more capital, and a lot more risk, and speed-to-market delay,” Meenan said. “So I can’t tell you at this moment that we’re going to go forward with all four of these.”

The broadband authority has until Feb. 8 to submit a re-scoped 2021 Virginia Telecommunication Initiative application.

Last month, the state announced the first round of the 2021 VATI grant recipients, which included five projects receiving a total of $29.6 million. Albemarle’s submission was not selected in that round, as the project is affected by the Federal Communications Commission’s Phase I of Rural Digital Opportunity Fund preliminary awards.

Albemarle’s original application with CenturyLink, would have provided fiber to homes and businesses in 11 parts of the county at a cost of approximately $5.7 million, with $3.69 million from the state. The Albemarle County Broadband Authority planned to contribute $640,000.

“RDOF, when the awards were announced in early December, there was more overlap than originally thought,” said Mike Culp, Albemarle’s director of information technology.

In Albemarle, the Rural Electric Cooperative Consortium and Elon Musk’s SpaceX were the winning RDOF bidders, according to the Federal Communication Commission. SpaceX won approval to bring its StarLink internet to parts of Albemarle.

The state said a second round of VATI awards of the remaining high-ranked projects will be announced later this year.

Derek Kelly with CenturyLink said the total overlap is about 380 homes, but he thinks the application is still competitive.

“Bucks Elbow was 48 homes and about 75% of that project area was overlapping with RDOF, so we ended up having to remove that project,” Kelly said. “That was the most expensive cost per location that we had in our application, so the rest of our application got slightly better, because we didn’t have those homes that were over $7,000 a home to get to.”

Board members went into a closed session at the end of the meeting to discuss the authority’s contribution, and decided to keep the funding at $640,000.

Albemarle was successful in receiving VATI grants in prior years, including its 2020 application with CenturyLink to provide fiber gigabit broadband service to 837 homes.

In an update on that project, Kelly said the company was considering asking the state for an extension.

“I hate to give a timeframe right now because we really want to see how the next two weeks go, but I’m guessing maybe we finish up sometime in April and May with all of the jobs,” he said.

Board members are confident in the strength of the application, but limited money is available from the state this year.

Dozens of residents are still without internet or phone service after a storm in late July. The problems may not be only weather-related.

Ukrainians struggle with separation from loved ones

A cell tower stands just behind a neighborhood located near the airport in Albemarle County.