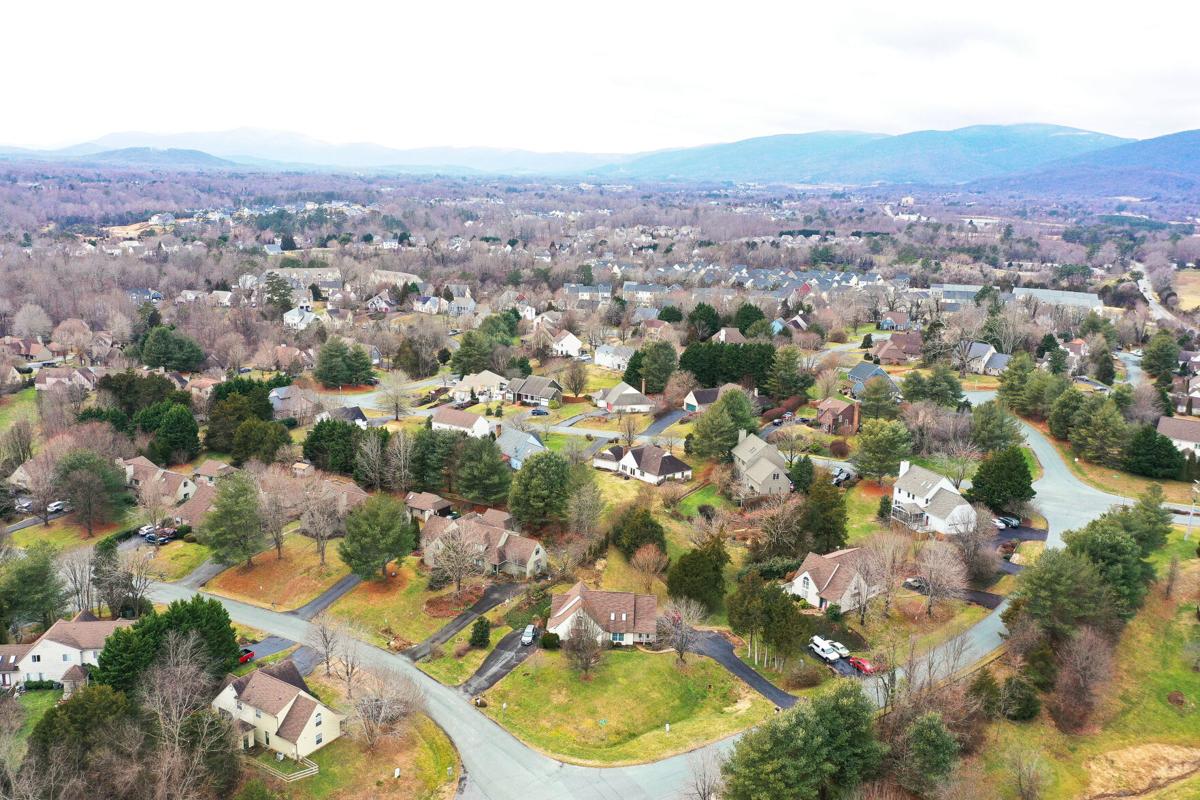 Since 2008, Crozet has added more than 1,400 homes, which represent 25% of all residential units built in Albemarle’s development areas during the last 12 years, according to an analysis of county data. 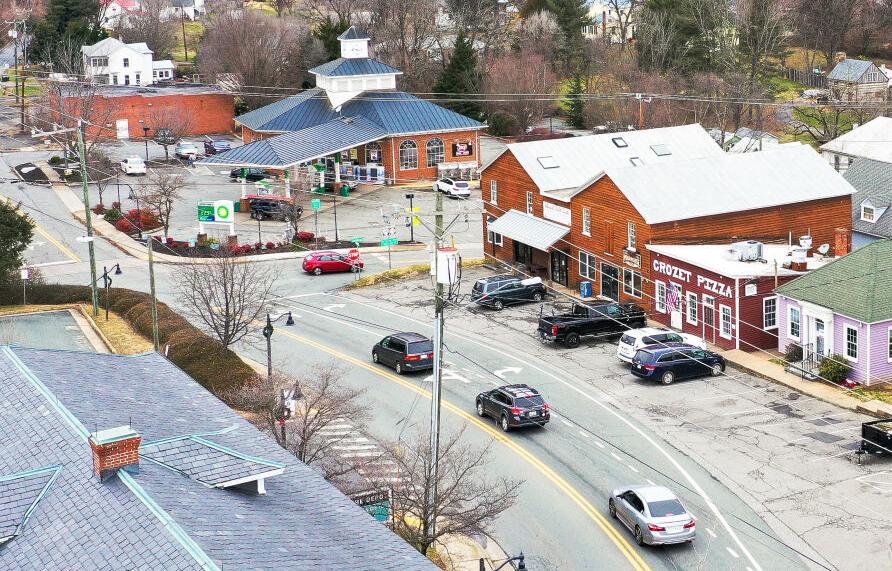 Recent growth beyond downtown has prompted concerns about the future of Crozet’s “small-town feel” and the sustainability of the county’s approach toward development.

When Allie Pesch moved back to her hometown of Crozet from New York with her family, she would often get asked where she was from by other young families at the playground.

“I would say, ‘I’m from Crozet,’ and they would respond, ‘What?’” she said. “It was like I was a rare species or something.”

Since Pesch returned in 2008, Crozet has added more than 1,400 homes — most of which are single-family. Those homes represent 25% of all units added in Albemarle’s development areas during the last 12 years, according to an analysis of county data.

That growth has prompted concerns about the future of Crozet’s “small-town feel” and the sustainability of the county’s approach toward development.

Pesch, who chairs the Crozet Community Advisory Committee, said the county has been “chronically behind” with infrastructure improvements, and there is a lack of faith among residents that it will be able to keep up as the area continues to grow, with multiple projects planned more than 10 years ago still to be completed.

“Why should we accept more cars and more students when there’s just no evidence that the county will ever be able to afford the sidewalks, the classrooms, the traffic lights that we’ll need,” she said.

These concerns have been raised at several CAC meetings over the years, and residents had hoped to address them through the master plan revision process that started in September 2019 after years of delay. Since then, some Crozet community members have grown increasingly frustrated with the process and with county staff’s proposals.

Now, some are calling for a moratorium on any density increases in the area until infrastructure needs catch up with the pace of development, while others are suggesting Crozet become an officially incorporated town to help achieve the community’s desire to protect older homes and complete road projects.

“I haven’t really jumped on board the, ‘OK, let’s incorporate,’ just because I feel like it creates some redundancies and additional tax burdens,” said Pesch. “If we can work together with county staff and the Planning Commission and the [Board of Supervisors] to all be happy and share our resources and share the burden of growing pains, then why should we become a town, at least at this point?”

Pesch said the master plan revision process has sparked more talk about Crozet potentially becoming a town — “way more frequently than I have ever heard it before” — though no formal effort has begun to her knowledge. The idea was broached at a Planning Commission meeting last week by Commissioner Rick Randolph.

The county and community members are in the process of updating the Crozet Master Plan, which helps to guide decisions about land use, transportation and parks in Crozet. It ultimately becomes part of the county’s Comprehensive Plan, which guides the county’s long-term vision for land use and resource protection. County staff and the Board of Supervisors look to the Comprehensive Plan as part of the rezoning process.

The Crozet Master Plan was first adopted in 2004 and last updated in 2010.

At initial master plan update meetings, county staff asked for feedback on big-picture, high-level ideas for how people see Crozet and what they want in the future. Community members have been supportive of bungalow courts, fourplexes and townhouses, but not larger apartment buildings.

The plan includes land use categories assigned to properties, which serves as a marker to community members and developers about which kinds of potential projects the community wants to see on a site. Ultimately, a developer likely would need approval from the Board of Supervisors to change the zoning of the property to allow for the use.

County staff worked to create a proposed new land use category in the current draft plan — Middle Density Residential — that allows for those housing units that residents want to see with the goal of permitting smaller units that could be more affordable.

“But it’s also being applied to areas where we already have applications,” Pesch said. “We’ve seen what they want to build — and they aren’t building cute bungalow courts.”

Planning Commissioner Jennie More used the example of a project in Crozet that was approved by the Board of Supervisors last year — Bamboo Grove — as something she’s hoping to see more of in the area. The project is a six-unit cluster development with a gross density of about five units per acre and a net density of nine units per acre.

“That’s what we should be trying to encourage,” she said. “Even immediate neighbors were and are supportive of that project. But what’s unfortunate, and I don’t think a lot of people understand this, is there are a lot of people that aren’t going to bring those projects to us, because it just doesn’t make any sense for them financially, and they’re fighting this uphill battle the whole time.”

At a meeting in November, the Crozet CAC voted in favor of a resolution asking the board to support the lowest possible density for any new projects, and to consider infrastructure capacity in reviewing rezoning requests. The committee also voted against recommending the Middle Density Residential category.

Former Planning Commissioner Tom Loach spoke at the commission’s meeting last week and said he thinks county staff is trying to “stuff as much housing into Crozet as possible to cover up the 20-year failure of its affordable housing program.”

“At this point, I think it would be better for the community to take a vote of no confidence in the county planning staff and complete the master plan ourselves,” he said. “After all, it is a community master plan, or is it?”

Loach declined to be interviewed for this article.

Rachel Falkenstein, a county planning manager, said that most of what county staff is recommending is not supported by the CAC.

“We’ve found ourselves in a place where we felt like the feedback we received early on in some of the visioning workshops is in conflict with the decision to not support staff’s recommended changes,” she said. “So instead of tweaking the land use map a little bit here and there, we thought it best to get the commission’s feedback on some of these concepts and the way we apply them before we make any changes to the map.”

She said the county hopes to package up all the feedback it’s heard, summarize it and provide options for the Board of Supervisors to weigh in on at a work session March 3.

“We’ll take what the board says is kind of our ultimate direction as to which way we should go with the land use,” Falkenstein said.

After receiving multiple emails that the county should be doing more in terms of road infrastructure, Randolph suggested that Crozet residents seek approval to become a formal town.

He said there was “a lack of understanding that the county is not the master of road construction,” and that it is “dependent upon funding from the state, because we don’t have a road department.”

“Therefore, with taxing authority that a town would provide, Crozet would be able to fund whatever it wants to fund,” Randolph said. “That might be one way for it to proceed.”

Crozet is not an incorporated town by state standards, but it is one of the areas in Albemarle designated for growth.

Scottsville is currently the only town in Albemarle, and to become a town, Crozet would need to seek approval from the General Assembly.

In an interview, Supervisor Ann H. Mallek said residents are frustrated because they feel their questions and concerns are falling on deaf ears.

“They understand that the decisions which are made now will be carried out in zoning decisions made by the board for the next five years, or longer if it takes longer to get back to Crozet again for the next [master plan] update,” she said.

Adding to the frustrations of Crozet residents is misinformation about a cap on population numbers, More said. An online petition signed by 367 people claims the master plan sets “a firm limit of 12,000 residents,” which is false, and asks elected officials to “keep their promises.”

“That 12,000 number is important to me because I see where things were really, really upsetting for the community when that number was doubled, but people must understand what is in our current plan because we’re under review — you have to know what’s there in order to understand and be part of a conversation when we’re talking about what might change,” she said.

Albemarle County Executive Jeff Richardson has proposed a balanced budget for fiscal year 2022 that is about 17.4% larger than the current ado…

Mayor says her credit card use is under investigation

City offers statue of Sacajawea, Lewis and Clark, if someone can take it away

Albemarle County will spend some money from its reserves on broadband expansion, a trash and recycling collection center in Keene and a concep…

Bellamy Brown was not unanimously selected as chair and the vote led to a frank discussion about the inclusion of the board's female members.

UVa research: Two out of three people in the summer were asymptomatic

Researchers who tested nearly 4,700 Virginians from June to mid-August for traces of a prior coronavirus infection found that only about 2.4% had previously been sick.

Since 2008, Crozet has added more than 1,400 homes, which represent 25% of all residential units built in Albemarle’s development areas during the last 12 years, according to an analysis of county data.

Recent growth beyond downtown has prompted concerns about the future of Crozet’s “small-town feel” and the sustainability of the county’s approach toward development. 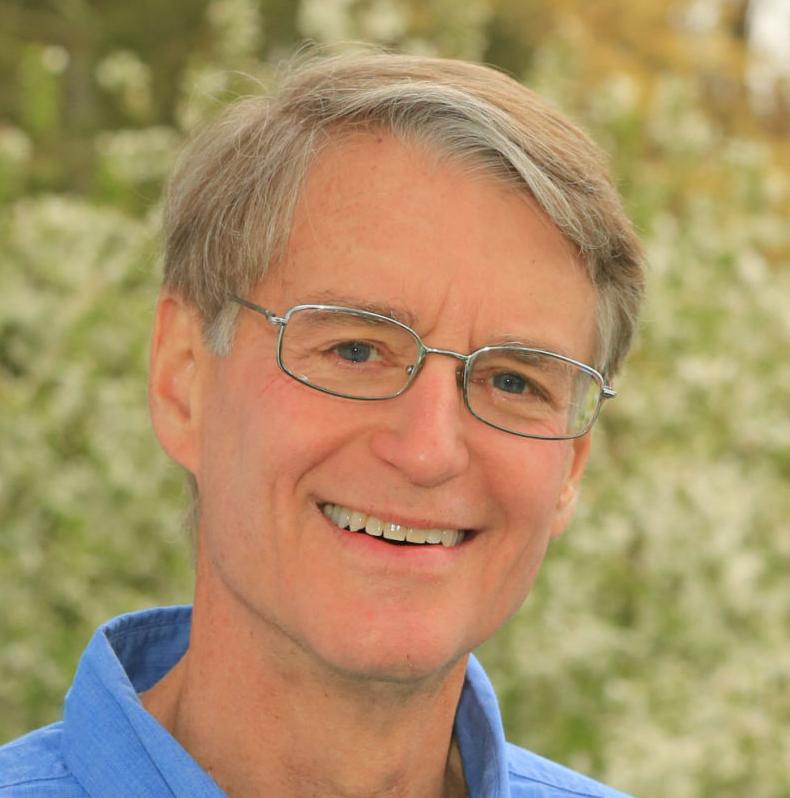