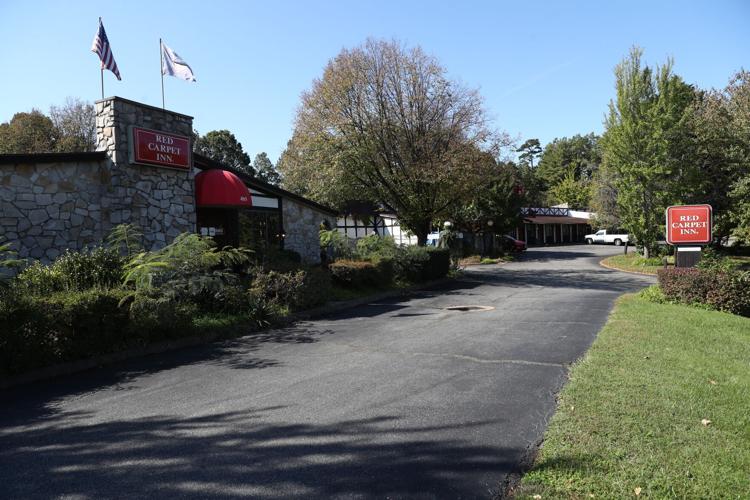 ERIN EDGERTON, THE DAILY PROGRESS Pending a rezoning, the Thomas Jefferson Area Coalition for the Homeless, Piedmont Housing Alliance and Virginia Supportive Housing are planning to build 140 affordable units at the Red Carpet Inn site on Route 29 in Charlottesville. 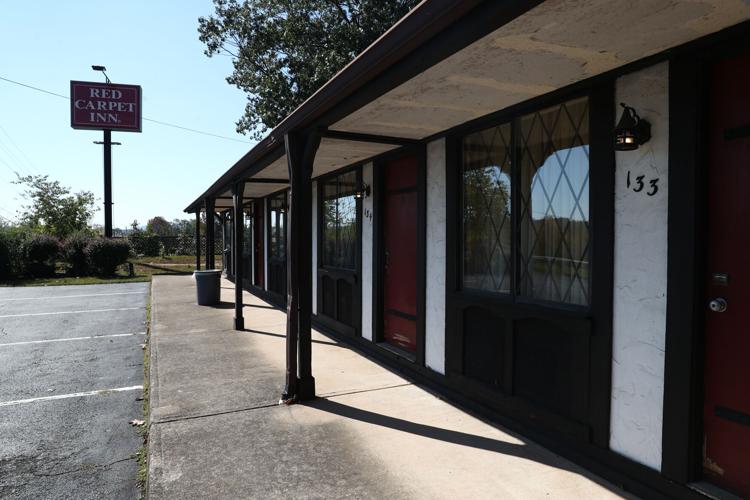 ERIN EDGERTON/THE DAILY PROGRESS Area housing organizations have been sheltering people who are homeless in hotels during the COVID-19 pandemic, but hope to build a more permanent solution at site of the Red Carpet Inn on U.S. 29. 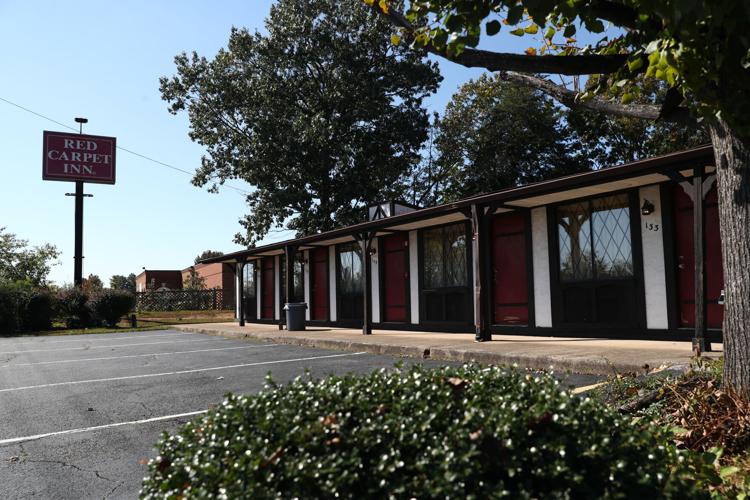 A group of area organizations are working together on a housing project aimed at sheltering the chronically homeless.

Virginia Supportive Housing, the Thomas Jefferson Area Coalition for the Homeless and Piedmont Housing Alliance are proposing to build approximately 140 affordable apartments within two buildings and a mixed-use office building just north of Westfield Road on a site currently occupied by the Red Carpet Inn.

If built, the proposal, the first of its kind in Albemarle, will help house local people who are chronically homeless, meaning they’ve been homeless for at least a year continuously and have a disabling condition.

The project hinges on securing Low Income Housing Tax Credits, without which, said Piedmont Housing Alliance Director Sunshine Mathon, the project will not happen. PHA plans to pursue those funds in March for the first building, pending a rezoning request for the site. When the project is off and running, PHA plans to pursue a second round of LIHTC money, Mathon said.

“Ideally there would be a stepped development process where initially, the primary focus would be in partnership with Virginia Supportive Housing to develop additional permanent supportive housing,” Mathon said. “After that is built, and after folks are housed, we believe that there will be an additional portion of the site which we can, ideally use for a secondary LIHTC application to support a more traditional affordable housing development that ... Piedmont Housing would take the lead on.”

Anthony Haro, executive director of the Thomas Jefferson Area Coalition For The Homeless, said there are currently about 45 people who are chronically homeless in the area, and there are about 179 people in total without housing. He said this project was spurred by thinking about how to best care for people who are homeless during a pandemic.

“Housing is a public health response to homelessness, especially during a pandemic, and we need more of it,” he said. “For folks who are at increased risk for COVID, we need private rooms to provide emergency shelter because congregate spaces just don’t allow the same kind of safety and separation from other people.”

The proposed rezoning for the project is scheduled to go before a virtual community meeting at 5:30 p.m. Monday during the Places 29 Hydraulic Community Advisory Committee meeting.

People who are homeless in the area have been sheltering in hotels since the COVID-19 pandemic started earlier this year, Haro said, and so far there has only been one potential positive case. He said they began looking at how to house people longer-term as well as make an investment into a permanent solution.

“A hotel offers a unique opportunity to do that, because it offers in the interim time frame those private rooms, but then a purchase of a hotel site would offer and development on that site would offer ... also the ability for permanent homes to be built,” he said.

The Charlottesville Area Community Foundation is also involved in the proposal, and is exploring resources within the foundation to finance PHA’s purchase of the land.

“We just walked the site recently, and I just can’t help but believe should this thing emerge, I think it’s not just beneficial to the individuals that are going to be served but I think it is actually an improvement on what is there,” CACF Director of Programs Eboni Bugg said.

VSH is proposing a four-story 80-unit building composed of 100% studio apartments for single adults, which would be affordable to those making 50% or less of area median income. PHA is proposing 60 mixed-income one-bedroom and two-bedroom units, which depending on the financing would be for those making between 30% and 80% AMI.

Area median income is currently $93,900 per household, according to the U.S. Department of Housing and Urban Development.

Currently, the 3.75 acre property is zoned C-1 Commercial, and the organizations are asking for a rezoning to Neighborhood Model Developments, which would allow for a non-residential or mixed-use building fronting U.S. 29 and two multi-family residential buildings on the back of the site.

The future land use plan in the Places 29 Master Plan, which is part of the county’s Comprehensive Plan, shows the area as Office/Research & Development (R & D)/Flex/Light Industrial. Residential is a secondary use of that designation.

After the community meeting, the proposal will have to go before the Albemarle County Planning Commission and then the Board of Supervisors will ultimately decide.

Allison Wrabel is a reporter for The Daily Progress. Contact her at (434) 978-7261, awrabel@dailyprogress.com or @craftypanda on Twitter.

Albemarle County might get a new public housing complex based on strategies that have had success elsewhere in Charlottesville and Albemarle.

“This is what I get out of bed for as a Planning Commissioner, these kinds of projects that have this kind of community impact,” Commissioner Corey Clayborne said. “The affordable housing, ending homelessness, the redevelopment — the list goes on.”

Virginia Supportive Housing, the Thomas Jefferson Area Coalition for the Homeless and the Piedmont Housing Alliance recently bought the site, which they plan to turn into approximately 140 affordable apartments and a commercial building.

ERIN EDGERTON, THE DAILY PROGRESS Pending a rezoning, the Thomas Jefferson Area Coalition for the Homeless, Piedmont Housing Alliance and Virginia Supportive Housing are planning to build 140 affordable units at the Red Carpet Inn site on Route 29 in Charlottesville.

ERIN EDGERTON/THE DAILY PROGRESS Area housing organizations have been sheltering people who are homeless in hotels during the COVID-19 pandemic, but hope to build a more permanent solution at site of the Red Carpet Inn on U.S. 29.