That means attending Charlottesville High School’s graduation Saturday and tying up other loose ends. After that, Henderson said the focus will shift to the start of the school year and gearing up for full-time in-person classes. He wants to leave the division in good shape, so the next superintendent can focus on listening and getting started.

“My job, as I see it, is to get things ready for the start of the school year,” said Henderson, a longtime city schools administrator who retired last year. “... My goal is to keep us moving in the right direction.”

Henderson, 67, takes over as acting superintendent Tuesday. Rosa Atkins, the division’s superintendent for 15 years, officially stepped down Monday after announcing her retirement in March.

In July, Atkins, 64, will become the assistant superintendent for talent acquisition and development for the Virginia Department of Education.

She leaves a legacy of investments in engineering programs, technology, employees and the fine arts; record graduation rates; and a push toward a more inclusive curriculum and enrichment experiences with a new gifted education program and unleveled classes, Henderson and other former administrators said. The pandemic largely consumed her final year with the city schools, though the division did adopt a new safety model to replace school resource officers starting in the fall and has embarked on a project to review school names.

Atkins said at the School Board’s recent retreat that her time in Charlottesville has been “an amazing journey.”

“The potential in Charlottesville City Schools is exponentially more than what we have achieved,” she said. “We’ve only scratched the surface. The people who work in Charlottesville are a special breed. They love, they have compassion, they have hearts for everyone. And that’s what makes this community so beautiful. So thank you to each one of you.”

The School Board is looking to name a superintendent near the start of the school year, which begins Aug. 25. Until then, Henderson said his top priorities for this summer are transportation, putting a plan in place for students who want to learn all-online, making sure teachers have what they need and preparing buildings. Amid all of that work, the city schools will be offering an array of summer programs.

Henderson started teaching in the city schools in 1975. After serving in different leadership positions, he retired as associate superintendent of curriculum and instruction.

Henderson said he answered the call to be acting superintendent because he knows the system and wanted to do what he could to make the transition easy. He’s worked with eight superintendents during his career.

“And I’m still committed to Charlottesville City Schools,” he said. “When you live and breathe a place for so many years, it’s hard to just throw it out with the bath water, so that’s my approach. To be honest, I know that I can see the light at the end of the tunnel. I know that mine’s a short term, and I felt that it was just something I could offer.”

Atkins’ 15-year tenure is the longest since James Johnson retired after 36 years in 1945. Henderson said her long term says a lot about her commitment to the schools.

“And her willingness to do all she can to move the city in a positive direction,” he said.

Henderson said Atkins’ relationships with teachers and her listening skills also stood out.

“I think that Rosa is a very good listener, and making sure that everybody’s heard — not just one identifiable group, but everybody,” he said. “And her focus is all about learning for all, and I think that carries quite a bit of importance in the work that you do as a superintendent.”

For Henderson, the engineering programs at Charlottesville High and Buford Middle schools were a highlight.

“Our engineering programs were non-existent a number of years ago, and now I would say we’re probably known for engineering here in Charlottesville City Schools across the state,” he said. “Not only in our middle school and high school, but the things that we’ve done at the elementary level in preparing our kids to have a choice to take on engineering courses in the middle and high school.”

Atkins was largely absent from public meetings in her final weeks as superintendent, though she did attend the School Board’s retreat. There, the board recognized her service and played a video highlighting her accomplishments.

“You have that rare combination of curriculum knowledge, political savvy and that maternal love that, unfortunately, we needed several times over the last few years,” board member Juandiego Wade said in the video.

Over the last month, other board members have taken time at meetings to thank Atkins for her time with the division.

“I just wanted to express my very deep appreciation to her for her leadership over all of these years,” board member Sherry Kraft said at the May 6 meeting. “I’ve come to understand a little bit more about what a monumentally hard job she has had, and she has served us with grace and integrity.”

Despite the investments and achievements, achievement gaps on state exams persist, similar to other school systems in the state. However, Atkins and other officials point to the graduation rate as evidence that efforts to close gaps during a student’s time in the division are working. Last school year, Charlottesville High graduated 94.5% of its senior class with 2.6% dropping out.

In comparison, in 2008, 74.6% of students graduated on time and 13.2% of students dropped out, according to division data. Improving the graduation rate was a concerted effort over the years, officials have said.

Over the years, the state has updated its standards for different subject areas, increased the rigor of the exams and moved to a computer adaptive model for state testing, which means that how a student answers one question determines the next question they’ll get. All of those changes mean state test scores over the 15-year period can’t be compared apples to apples.

Meanwhile, more than 90% of white students have consistently passed the reading and math exams.

The pandemic disrupted state testing last year, and no new, comprehensive data on student achievement has been presented to the city School Board since October 2019 after the 2018-19 scores were released.

Atkins and other school officials have said recent changes such as the gifted education program will improve student achievement.

Ed Gillaspie, a former city schools administrator who worked with Atkins since 2006, said she was the “right person at the right time” to lead the division.

“There was a lot of emotion at the time she came in, and she was able to kind of calm everybody down,” said Gillaspie, who retired in 2017 and is now the director of finance and administration for the Virginia Institute of Autism. “That was also a critical piece of, it’s gonna be OK. We’re gonna tell our story. We’re going to get it done right. We’re going to do the right things. We’re going to keep focused on children, and that’s what we do.”

Atkins was preceded by Superintendent Scottie Griffin, who resigned shortly into her tumultuous tenure. With that, Atkins’ initial task was to provide stability for the division. Before Atkins, the division had five superintendents in the 1990s and early 2000s.

Gillaspie said she started by rallying school and division staff around the idea of taking control of the narrative.

“This idea that we know who we are, and what we are and the dedication we have to the kids — that’s the story,” he said. “… It was great. She really pulled it off. We started telling our own story again and felt more in control of our future.”

One key change that Gillaspie and others highlighted about Atkins’ early tenure was a shift to a more consistent curriculum and pacing guides across the elementary schools that aligned to state standards. The common pacing guides meant that if a student moved from one elementary school to another during the year that they wouldn’t miss much, if anything, in terms of the lessons taught.

Daphne Keiser, director of educator quality for the Albemarle County school division, was a principal at Burnley-Moran Elementary during Atkins’ first years as superintendent. Keiser said those pacing guides provided more consistency throughout the school system.

“It gave the instructors the resources that they could use with the students, and it brought us all together as a division,” Keiser said. “That was her instructional leadership. She really put that forward and found that it was necessary for us as a division to move forward and to make sure we were supporting our students.”

Those guides are still in place and updated as state standards change.

Keiser went on to be principal at Clark Elementary and director of the Charlottesville Albemarle Technical Education Center. She said she had many opportunities to work closely with Atkins and learned a lot from her — lessons that she took with her into those subsequent roles.

“I just appreciate everything that Dr. Atkins has done for the division and for me personally,” she said.

“I’m happy for her,” Gillaspie said. “I think the community should be very grateful for the time she put in. She really carried the load.”

Watch Now: America is running out of lifeguards

Children and delta: What parents need to know

Children and delta: What parents need to know

Charlottesville looks for a new superintendent

The Charlottesville School Board is searching for its next superintendent following the retirement of Rosa Atkins, who led the school system f… 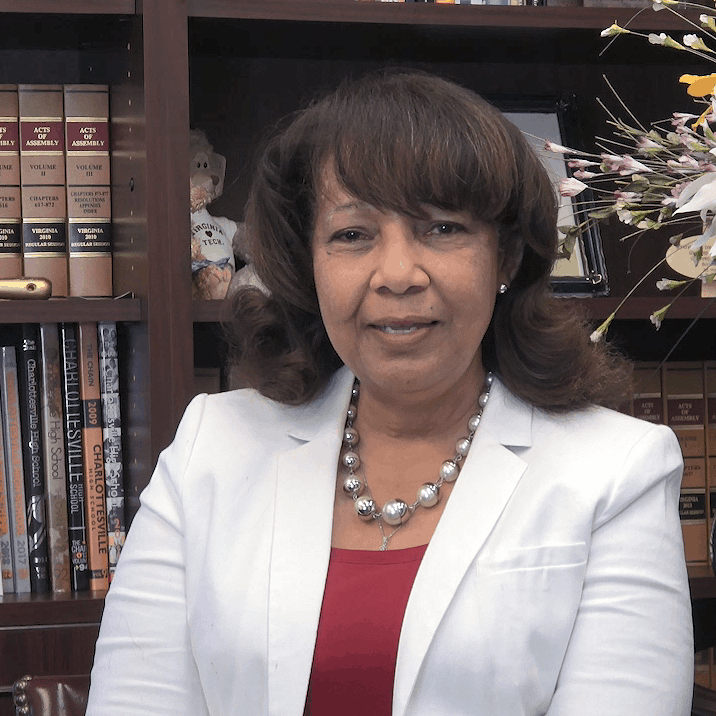 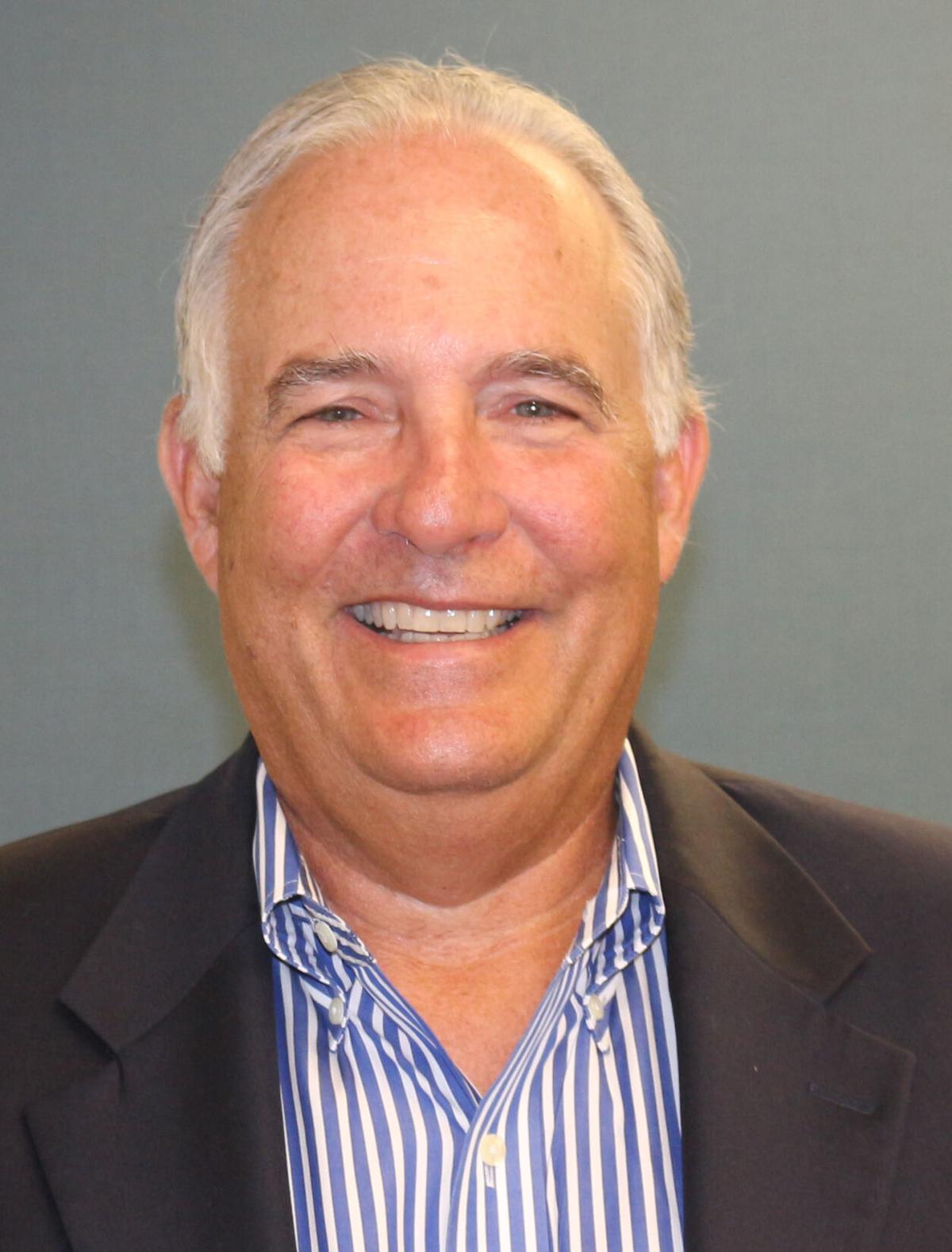