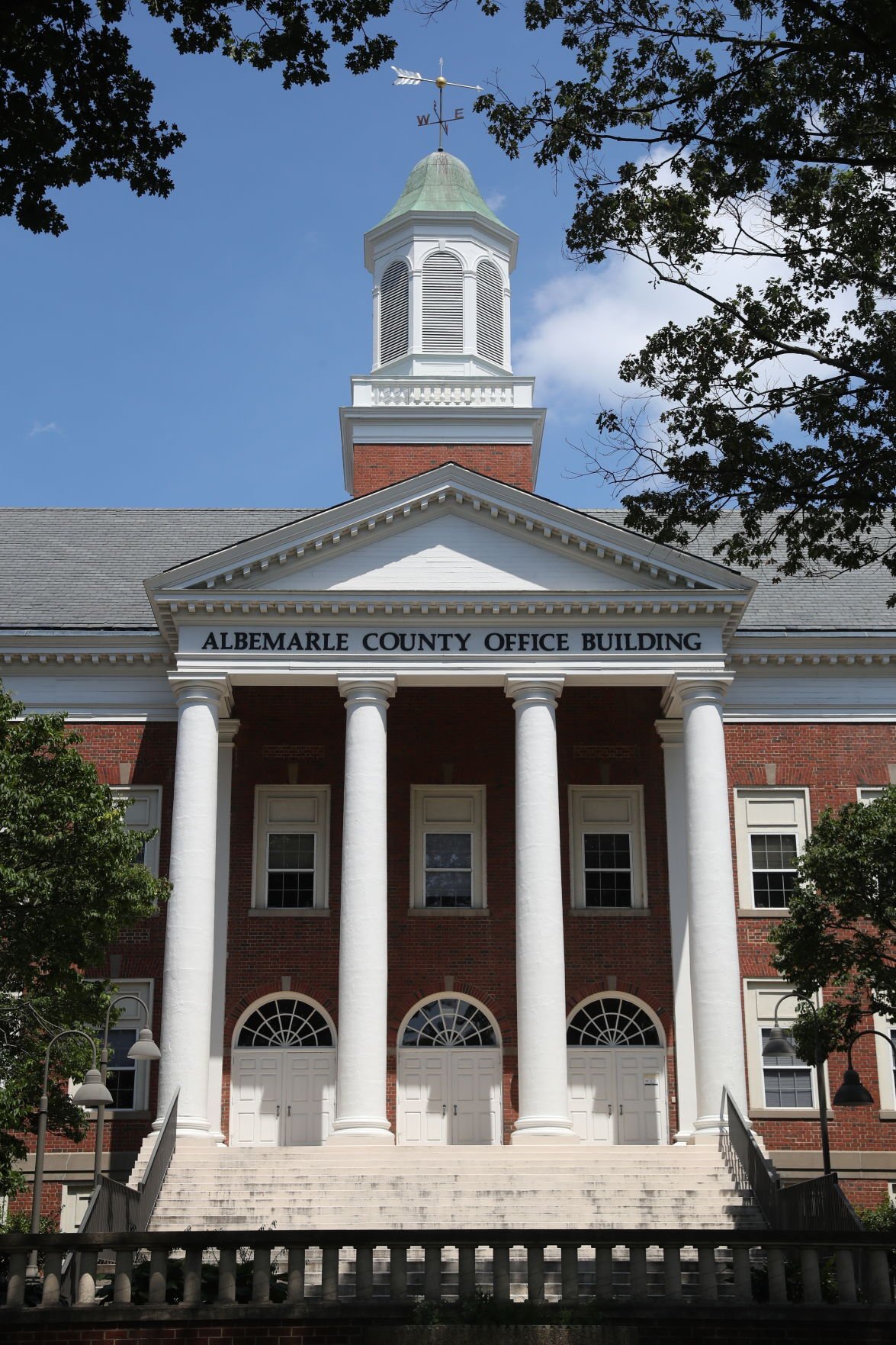 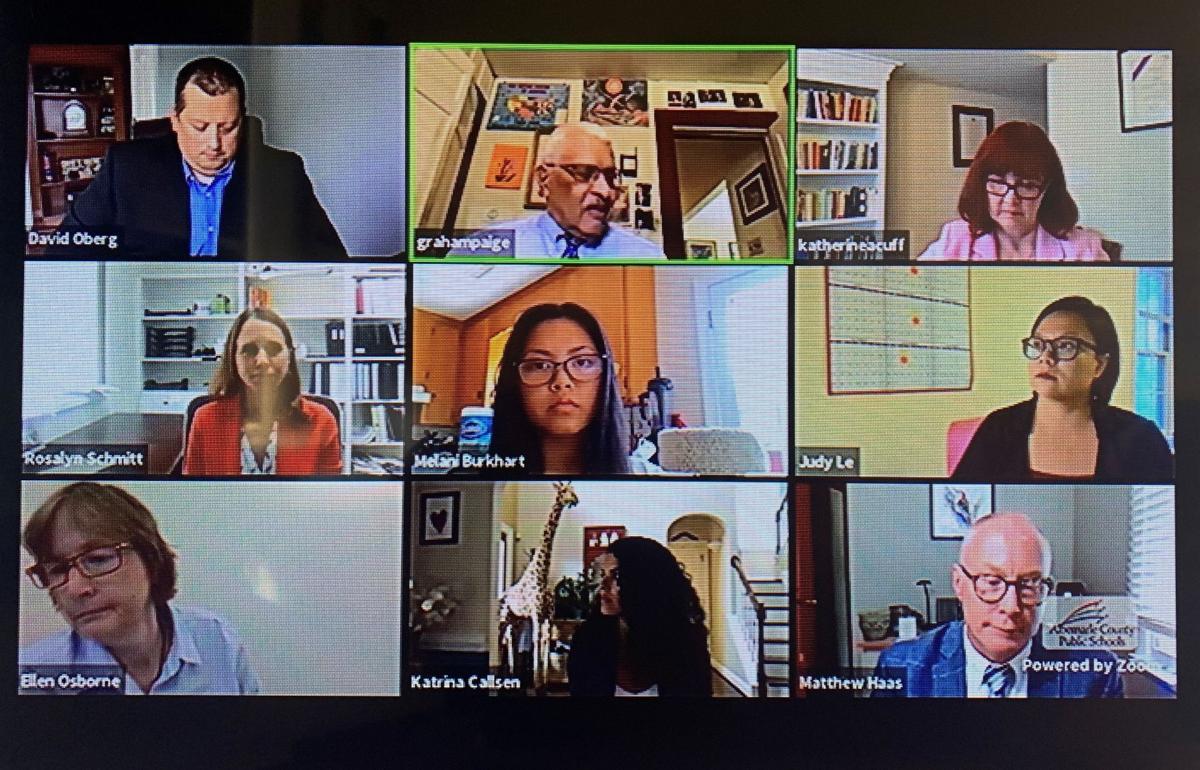 The Albemarle County School Board voted 4-3 to start the school year in Stage Two of the division’s reopening plan, which would allow about 10% of students to have access to school buildings for online classes.

Most Albemarle County students will start the school year online, though a select group of students will have access to school buildings for classes.

The School Board decided on a reopening plan Thursday, agreeing with schools Superintendent Matt Haas to start the year in the second stage of the plan. Division staff outlined a five-stage plan for reopening that would slowly allow different groups of students back into the buildings.

In the second stage, English learners, students without adequate internet access and those with disabilities who have intensive needs have the option to go to school, where they’ll work on online classes with teachers who volunteer to work in the buildings.

The School Board will reevaluate the stage each quarter, though Haas can move the division backward if conditions change without board action. So, the division could change the stage before the start of the school year on Sept. 8.

Officials said Thursday that the stages will allow the division to assess the state of the COVID-19 outbreak locally, learn from other divisions’ reopenings and build staff capacity, among other benefits.

“I’m making that recommendation out of concern for the safety and well-being of our students, employees and families, as well as the quality and equity with which we can provide learning opportunities for students,” Haas said.

Albemarle County is the largest school system in the area. Other divisions have opted for a mix of in-person and online classes.

Stage Three would allow for students in kindergarten to third-grade to come to school while Stage One is all-virtual classes.

For those who go into the buildings, the division plans to implement several measures, such as requiring masks and spacing students and staff six feet apart, as well as enhanced cleaning and disinfecting processes. The division is expecting about 1,000 to 1,500 students to be in the schools as part of Stage Two.

Thursday’s vote is a key first step to helping school leaders plan for the coming year and begin to answer the many questions posed from families and staff. The division is planning next week to release more information about virtual learning and how they’ll respond to illness and suspected or confirmed cases among students and staff.

Division leaders are using several factors to gauge whether to change stages, such as the percent positivity rates and availability of testing. As of Wednesday, the county’s positivity rate was 5.7% and has declined for 6 days, according to division staff.

The school systems have access to a data dashboard developed by the Virginia Department of Health that’s not available publicly.

Rosalyn Schmitt, the division’s chief operating officer, said under 10% was the goal for the positivity rate, as well as a 14-day sustained decline.

She added that the current access to testing is a concern, as is the time it takes to receive results.

“We know a key strategy of keeping our students, staff safe will be to identify cases quickly, isolate and quarantine, and our current testing situation will not allow that,” Schmitt said.

Teachers have asked for online-only classes to start the year and have criticized the division for not consulting them in reopening plans, leading Haas to draft the online-only option for the School Board to consider. In creating the other options, division staff looked at building and school bus capacity.

The fourth stage of the plan reflects the hybrid model detailed earlier this month. All students could attend in-person or virtually in the fifth stage.

Officials said Thursday that they reviewed the stages with teachers and school leaders.

Board members said they wrestled with the decision. They’ve received hundreds of emails from school staff and families weighing in on the plans and held three town halls recently to hear input.

“The stories that have resonated with me personally are the teachers who have written and the parents who have written about the students that we cannot reach effectively with virtual learning,” board member Katrina Callsen said.

Callsen said she has heard from families who have the resources to hire tutors or enroll their children in private school.

“I think of all the people that don’t have those resources,” she said. “We’re the resource. We have a $200 million budget. We have hundreds of thousands of square footage of space. … I think we can safely offer something to them, and that is not saying that our most vulnerable and most high-risk students get to be guinea pigs and they get to get exposed to the risk.”

Emails, surveys and town halls show the range of perspectives and lack of a clear consensus on the complicated issue.

About a third of the families that submitted an intent form by Thursday said they would prefer virtual learning. A little more than 50% said they were either moderately or extremely concerned about sending their child to school for in-person learning; 28% said they were not at all or only slightly concerned.

About 65% of division employees who responded to a survey said they didn’t feel comfortable returning to work for face-to-face instruction.

About 22 teachers in the division’s International and English as a Second Language program have said they will return to the buildings and help students, said Michelle Castner, the program’s director. Division officials didn’t have data about how many special-education teachers would be willing to teach in the buildings.

If the division doesn’t have enough teachers to support students who want to come back, Deputy Superintendent Debbie Collins said they could hire staff members and explore other program changes.

Clare Keiser, the division’s assistant superintendent for organizational development and human resource leadership, said that leave-of-absence requests are similar to past years.

“One of the things that we do know is that these numbers will shift as the board makes decisions about the in-person instruction,” Keiser said.

School support staff such as bus drivers and custodians will have modified schedules and could face a reduction in hours.

“Department heads are brainstorming how to use employees in cross-functional ways until they are able to work their full work schedules,” Keiser said.

An initial vote to reopen the schools in the second stage failed after Graham Paige, David Oberg, Judy Le and Ellen Osborne voted against it. They preferred starting in Stage One.

“This is the hardest thing we’ve dealt with in my five years on the board,” said Oberg, who was in favor of Stage Two but said the comments from Paige, Le and Osborne were compelling. “There’s no good answer to any of this. We’ve received thousands of emails, and every one of them has a perspective that matters.”

Le, Paige and Osborne were troubled by the many unknowns about the virus and putting staff and students at risk of contracting the virus. The return of University of Virginia students next month also was a concern.

“I don’t think we’re ready to be in Stage Two and have any reason to believe it’s going to be any better in our health district,” Le said.

After a 10-minute break, Oberg moved to reconsider his vote, bringing the motion back to the floor, and joined board members Callsen, Jonno Alcaro and Kate Acuff in voting in favor of a Stage Two start.

“I appreciate it if it’s a split vote,” Callsen said earlier in the discussion. “I think it’s indicative of a decision that’s really hard.”

Katherine Knott is a reporter for The Daily Progress and author of The Cheat Sheet, an education-focused newsletter. Contact her at (434) 978-7263, kknott@dailyprogress.com, or @knott_katherine on Twitter.

Reopening Schools During the COVID-19 Pandemic

In response to a letter from concerned employees and fears that UVa students returning to Grounds will become "super-spreaders," Albemarle County School Superintendent Matt Haas on Tuesday said he will draft an online-only reopening option for the School Board to consider.

Albemarle schools superintendent says he would not ask staff, teachers to adhere to a reopening plan he would not be comfortable with himself.

The Albemarle County School Board voted 4-3 to start the school year in Stage Two of the division’s reopening plan, which would allow about 10% of students to have access to school buildings for online classes.