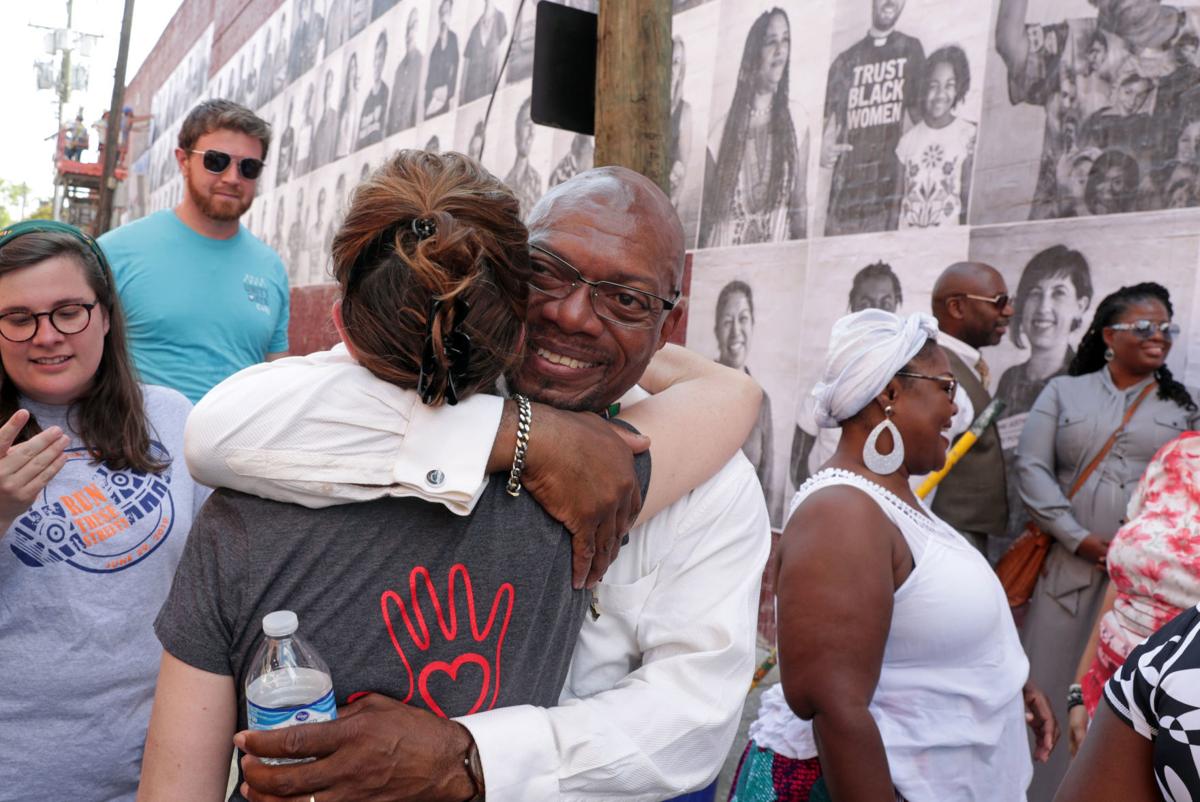 Lisa Draine receives a hug from local activist Don Gathers during the unveiling of the “Inside Out Cville: This is What Community Looks Like!” mural on Second Street Southwest on Sunday. 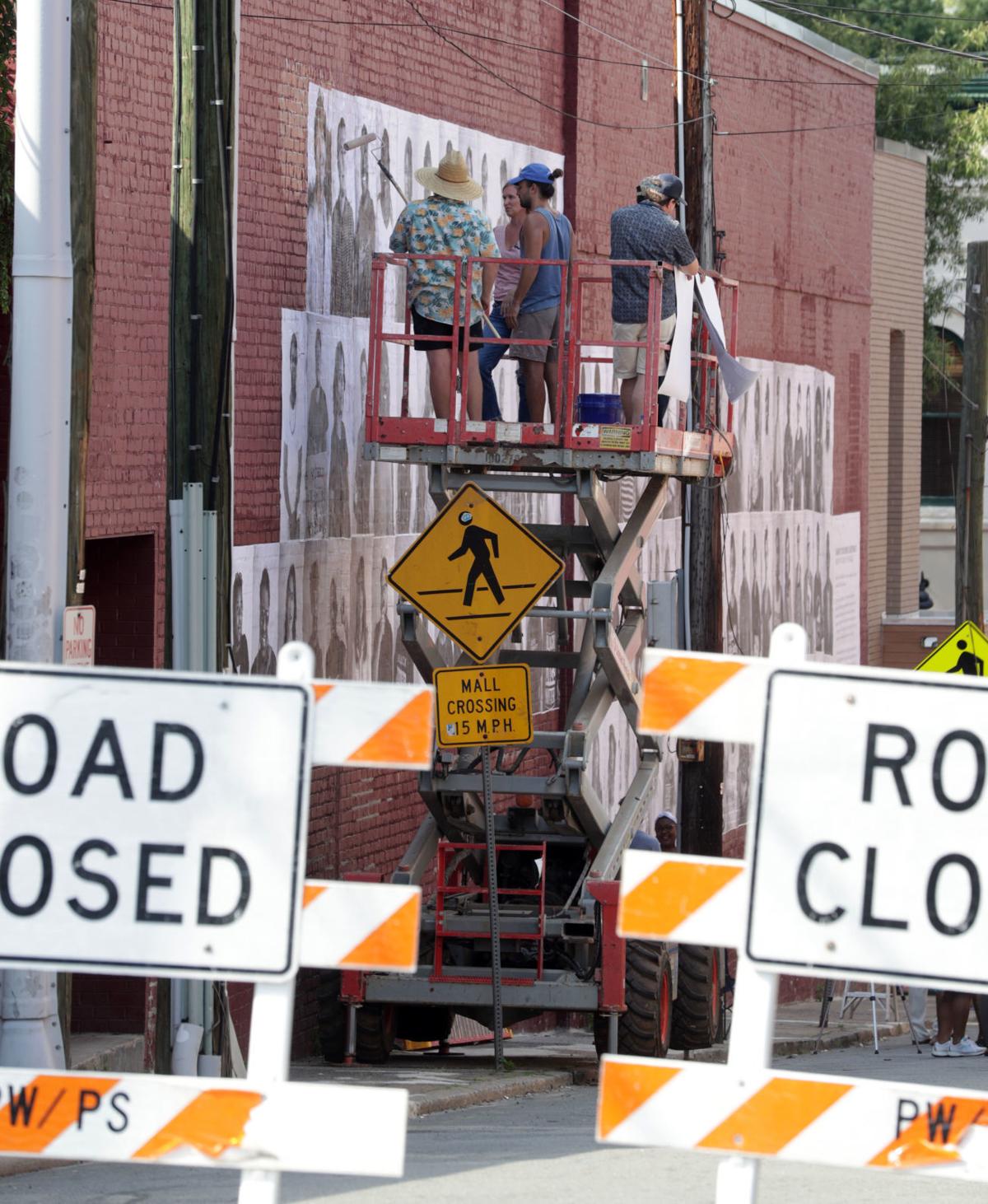 ANDREW SHURTLEFF/THE DAILY PROGRESSOrganizers continue to work during the unveiling of the “Inside Out Cville: This is What Community Looks Like!” mural off the Downtown Mall.

Many of the 120 faces adorning the side of the Violet Crown movie theater were looking down on themselves.

The honorees looked up or posed next to their larger-than-life photos, some choking back emotion.

“This is incredible,” Don Gathers said as he surveyed the faces. “It’s very powerful, very moving.”

The massive art instillation, called “Inside Out Cville: This is What Community Looks Like!,” was unveiled Sunday in conjunction with Charlottesville’s Unity Days.

They’re faces of people from all walks of life and ages ranging from 9 to 94. One, however, was only a silhouette, honoring those who would not or could not be a part of the project.

“Some did not want public recognition,” said Lisa Draine, who led the project and had a daughter injured in the car attack at the Unite the Right rally. “Some said they wanted others to be recognized instead of themselves.”

Organizers said the installation helps to turn the focus to those who stood against the white supremacists of summer 2017.

“Charlottesville is more than one event, more than just one story,” said Charlene Green, manager of the city’s Office of Human Rights.

Green said Unity Days is the city’s chance to take responsibility in its role of healing the community.

Draine said it’s time to change the narrative on 2017.

“This year, we want to tell a different story,” she said. “One that shows what it looks like when a community fights back against the destructive forces of white supremacy, hatred and systemic racism,” she said.

Gathers said that while 120 people are recognized on the wall, there are many others who paved the way for them.

“Everyone here hopefully realizes we stand on the shoulders of so many others who came before us, but they’re here with us in spirit,” he said. “We owe so much to each other and the community. It’s rewarding, but it’s not why we do the work that we do. …

“The fight’s not over. The battle hasn’t been won. We continue the fight and we do it for all these young people who are here to make sure they have a decent world and a decent place to grow up in.”

The photos were taken by Eze Amos and Kristen Finn. The installation was supported by VMDO Architects, Jack Horn, T&N Printing and the Charlottesville Mural Project.

INSIDE OUT CVILLE - slideshow

Lisa Draine receives a hug from local activist Don Gathers during the unveiling of the “Inside Out Cville: This is What Community Looks Like!” mural on Second Street Southwest on Sunday.

ANDREW SHURTLEFF/THE DAILY PROGRESSOrganizers continue to work during the unveiling of the “Inside Out Cville: This is What Community Looks Like!” mural off the Downtown Mall.