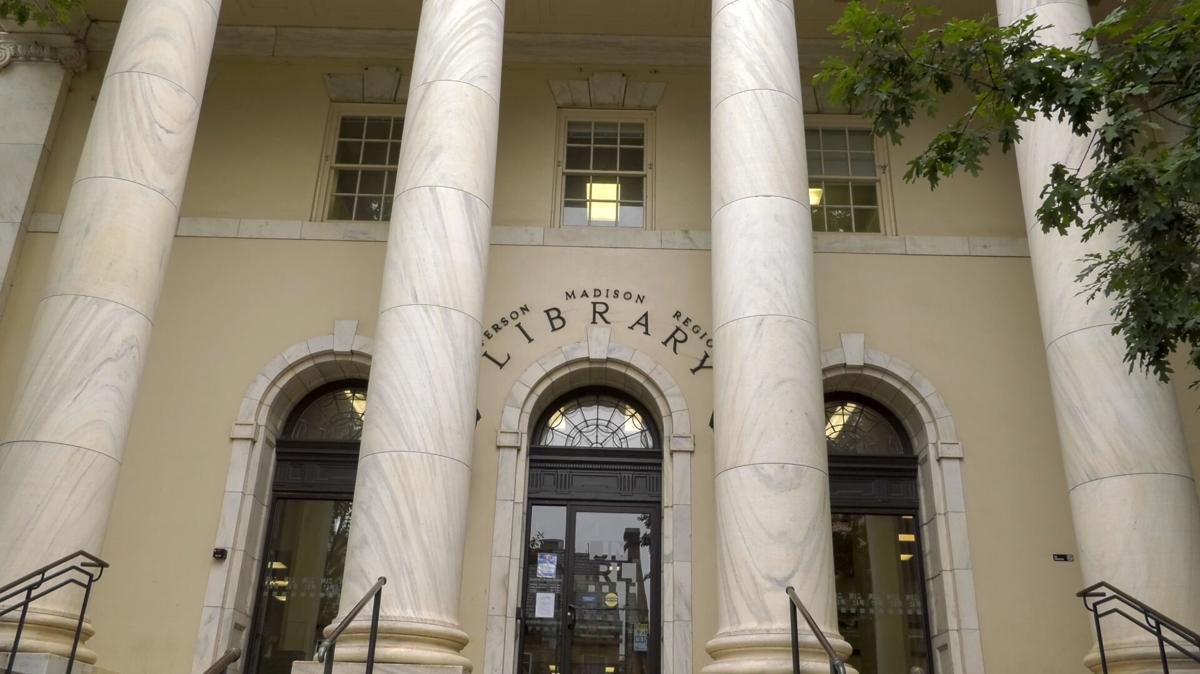 “Free and Open to the Public,” Lorenzo Dickerson’s new documentary, explores the impact of Central Library and the other branches in the Jefferson-Madison Regional Library system. 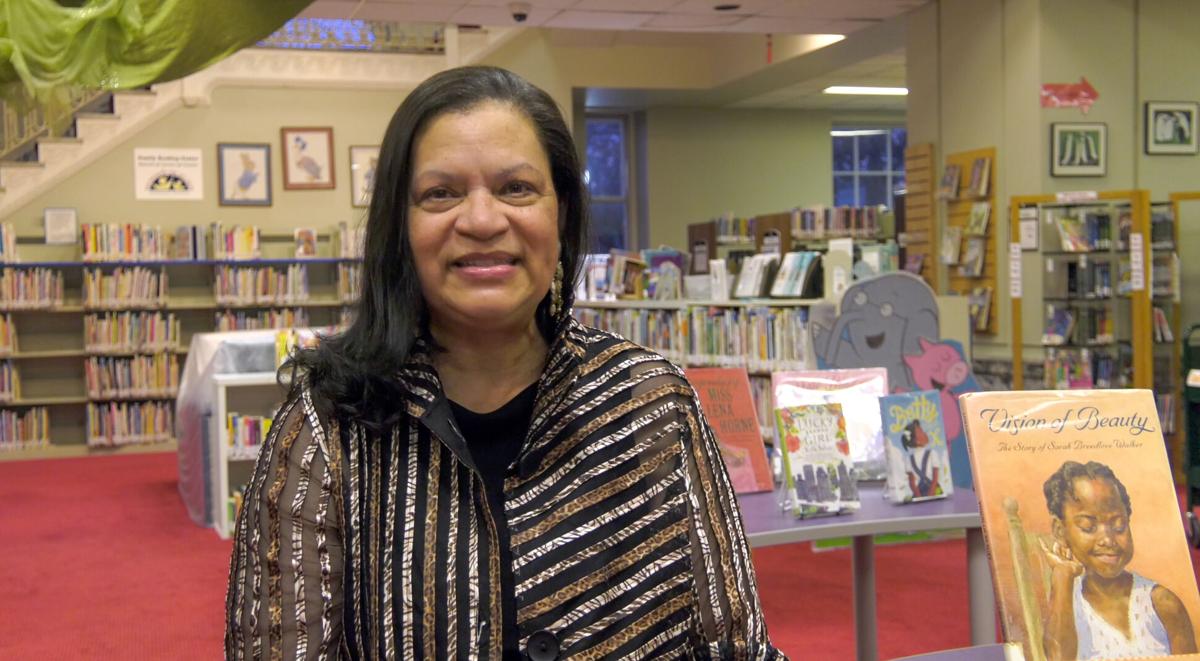 In a clip from “Free and Open to the Public,” Diane Brown Townes recalls the hours she spent each week in the library reading newspapers and researching current events for her government class during her senior year of high school. 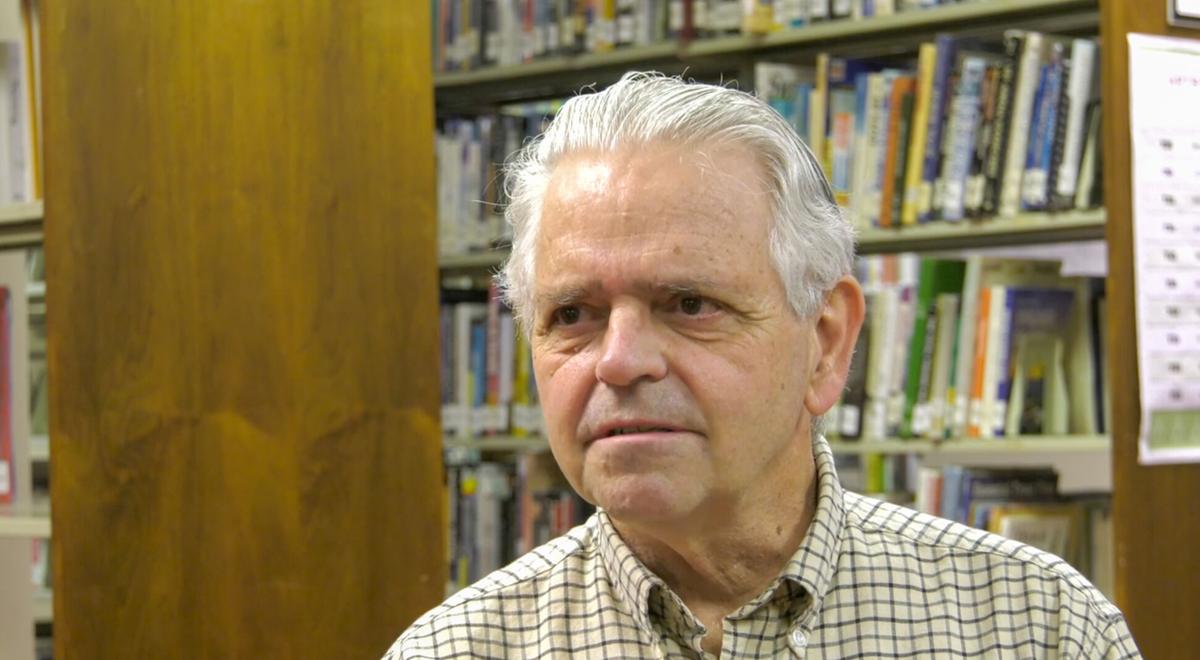 Bill Davis, a former Bookmobile driver, recalled his experiences for “Free and Open to the Public.” The new film will be screened Thursday at the Paramount.

As filmmaker Lorenzo Dickerson dove into researching the history of Jefferson-Madison Regional Library, the more he realized that it went far beyond books on shelves.

Dickerson’s latest documentary, “Free and Open to the Public,” traces the first century of a Charlottesville library that grew into a regional resource for people of all ages and backgrounds. It will be screened at 7 p.m. Thursday at the Paramount Theater. And if you’d like a more multidimensional take on the subject, head over to Central Library at 5 p.m. for an open house, reception and time to linger over a new exhibit created with the Albemarle Charlottesville Historical Society to explore the library’s first 100 years.

For generations, readers have treasured books for opening new worlds and new possibilities. When segregation determined where you went to school and how easy or difficult it would be to find books and and resources to fuel your journey, the goal of “free and open to all” didn’t arrive overnight. Library officials acknowledge the fact that the library opened its doors as a facility that did not admit Black readers.

Dickerson recommends taking a close look at the “chronological history” as explored in the library’s exhibit before the screening. “Going into the process of making the film, I was focused on the timeline,” Dickerson said.

Early in the timeline is Albemarle Library, which began before the University of Virginia opened its doors and closed in 1834.

McIntire Library was created in 1919 through a gift from philanthropist Paul Goodloe McIntire and opened in 1921 as the first local municipal library. A separate library branch for Black patrons opened in the Jefferson School.

The library system was integrated in 1948, and Gordon Avenue was the first branch “to open as a desegregated space from the beginning,” Dickerson said.

“My mom would take me to Gordon Avenue for story time,” he said, chuckling at the memory. As he grew older, he took computer classes offered at Central Library. Crozet Library’s “Exam Cram” gave Western Albemarle High School students a place to study for exams with more reference materials and fewer distractions.

“Folks will be able to learn a lot about all the different libraries in the system” from longtime staff members and volunteers, board members and former librarians, Dickerson said.

Memories and perspectives from local residents fill the screen as Dickerson threads in archival footage from different decades. Retired driver Bill Davis reflects on his time with the Bookmobile and its valuable role of bringing books to readers who needed them. Library employees who read stories to children in the community marveled at the new chapters that began when they started sharing tales with those children’s children.

Today’s library system serves not only Charlottesville, but also Albemarle, Greene, Nelson and Louisa counties with nine physical locations and the Bookmobile.

Over the past century, just as the library system’s clientele has become more multicultural, its offerings and responsibilities have widened far beyond books themselves. Large-print volumes, digital versions, audio books, databases, job searches and tax services are just a few of the resources people can find, Dickerson said.

“Folks that homeschool their children talk about the library being a great resource for them,” he said. And as the pandemic prompted schools to close last year, rural families in particular valued the opportunity to settle into parking spaces outside their libraries to take advantage of free wifi to keep up with remote lessons and homework.

After the film, stick around for a discussion with Dickerson, Jefferson-Madison Regional Library Director David Plunkett and Tom Chapman, executive director of the Albemarle Charlottesville Historical Society.

Admission is free, and registration is recommended. Reserve your seat by dropping by the Paramount’s box office between 10 a.m. and noon Thursday, going online at theparamount.net or dialing (434) 979-1333.

"Free and Open to the Public"

WH: Omicron variant found in 20 countries, not US

WH: Omicron variant found in 20 countries, not US

Thanksgiving weekend was a busy one for area Christmas tree farms

CATEC's annual Thanksgiving tradition is back with more menu options after taking a pandemic break.

“Free and Open to the Public,” Lorenzo Dickerson’s new documentary, explores the impact of Central Library and the other branches in the Jefferson-Madison Regional Library system.

In a clip from “Free and Open to the Public,” Diane Brown Townes recalls the hours she spent each week in the library reading newspapers and researching current events for her government class during her senior year of high school.

Bill Davis, a former Bookmobile driver, recalled his experiences for “Free and Open to the Public.” The new film will be screened Thursday at the Paramount.