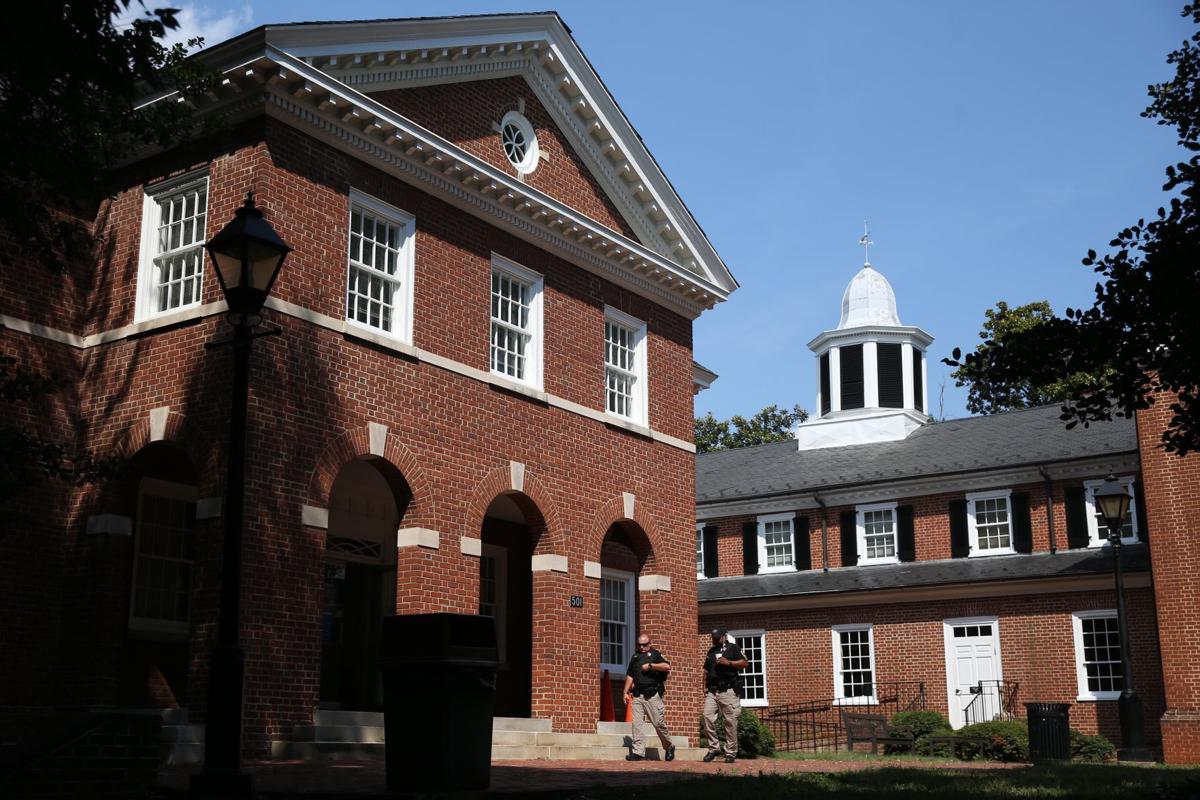 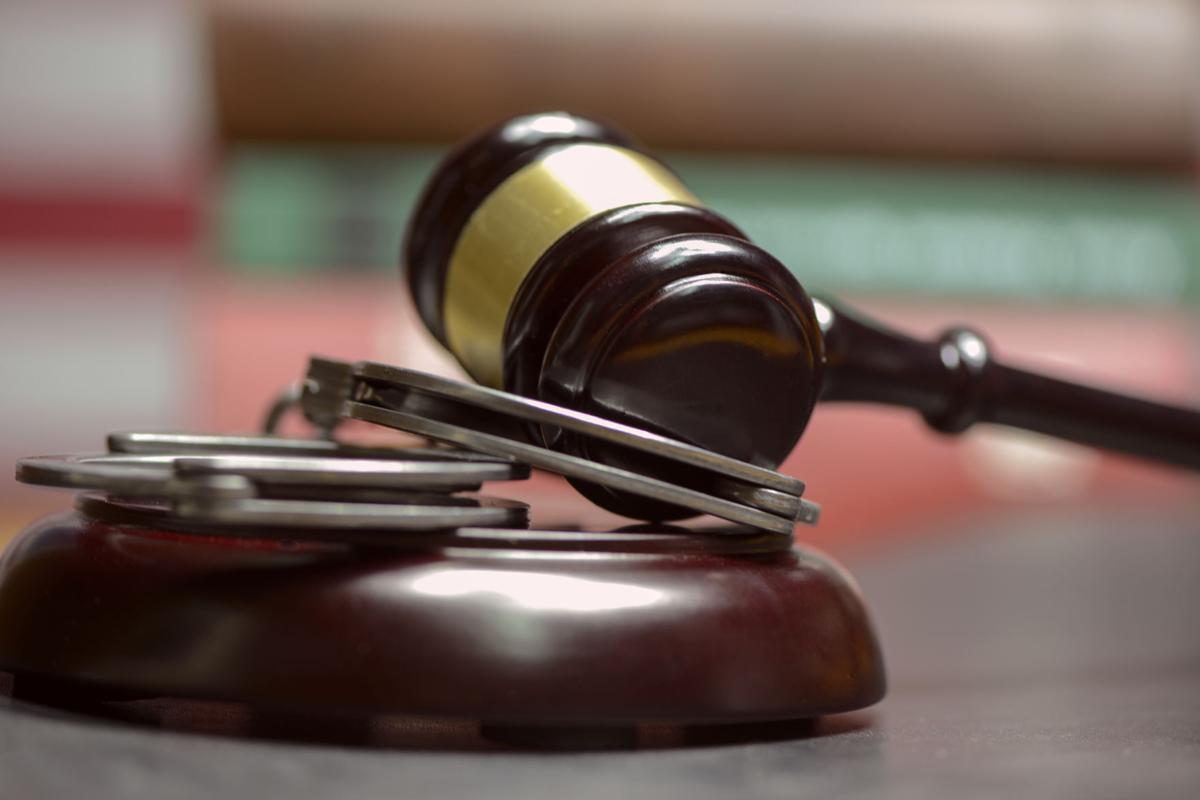 A Charlottesville man will spend four and a half years behind bars for his role in the 2019 death of his mother.

On Wednesday, Maurice Robert Jackson appeared in Albemarle County Circuit Court, meekly testifying from the stand as he recounted the actions that led to the death of his mother, Samantha Cotton.

According to his testimony Wednesday, Jackson had been living with Cotton following his divorce and was helping his mother as she battled cancer. It was during this time that he developed a drinking problem which led to altercations between him and his mother, who was concerned his drinking would cause him to be unable to take her to the hospital if the need arose.

“I wish I had listened to her and I wish I had done more,” he said. “Alcohol has ruined my life and it has hurt those around me.”

On the night of Nov. 13, 2019, Jackson and his mother got in an argument about his drinking. As his mother stood in front of the refrigerator, Jackson, who was highly intoxicated at the time, said he “nudged” her out of the way. Cotton, whose cancer had made her bones brittle, hit the corner of a counter hard enough to be injured, he said.

Helping his mother into the living room, Jackson said he called 911 for assistance because he was too intoxicated to drive his mother to the hospital — the realization of her exact fear. Police arrived before the ambulance and separated the two, talking to Jackson outside.

While he was being interviewed by an officer, Jackson said the other officer came outside and said Cotton has gone unresponsive during the interview. Worried about his mother, Jackson said he tried to go inside but was stopped by the officers, whom he tussled with before being arrested.

“I didn’t understand why they were taking their time and trying to talk to my mother instead of taking her to the hospital,” he said. “I was worried about her, I just wanted to see if she was OK.”

That night was the last time Jackson saw his mother, who died from the injuries she suffered two weeks later on Nov. 27, the day before Thanksgiving.

Following his testimony, Jackson turned to look at his family members gathered in the court gallery and through choked sobs said he was sorry and that he loved his mother and never intended to hurt her.

During cross-examination, Armin D. Zijerdi, an assistant Commonwealth’s Attorney for Albemarle County, asked Jackson whether he would turn to alcohol again as a coping mechanism.

“It’s true that alcohol can be an immediate relief, people often drink to forget,” he said.

Jackson said he was determined to stay sober and did not think that he could ever drink alcohol again without thinking of that night.

Given the extremely complicated and tragic nature of the incident, Zijerdi said the Commonwealth felt it appropriate to sentence Jackson on the low-end of the guidelines, around three years.

“The Commonwealth suspected — and today’s testimony has confirmed — that Mr. Jackson is suffering a special kind of punishment that the criminal justice system cannot and should not impose,” he said. “We feel the low end is appropriate because we do not see how jail would serve as a deterrent in this case.”

Jackson’s attorney, Lauren Reese, agreed with the Commonwealth, citing her client’s ongoing mental and emotional anguish. She requested a total sentence of two years and eight months, just a few months short of the Commonwealth’s request.

“I hope he finds it in himself to forgive himself,” Reese said. “But given today’s testimony, I’m not sure he ever will, at least not any time soon.”

In the end, Judge Claude Worrell departed from both recommendations, sentencing Jackson to an active term of four and a half years.

“The thing I want you to walk away with and understand is that this is the worst thing that could have happened. The worst thing happened,” he said. “It is hard for the court to come up with or match what has happened and that is certainly not the court’s goal here.”

Cases like Jackson’s almost always focus on the individual charged instead of the victim, Worrell said, and it’s hard sometimes to keep the individual whose life was lost in the forefront of the mind. Citing a letter from one of Cotton’s relatives, Worrell said he was sentencing Jackson with Cotton in the front of his mind.

Additionally, Jackson will undergo substance abuse evaluations and will need to comply with any recommended treatment. Upon release, he will be subject to 15 years of good behavior during which time he will not be permitted to consume alcohol.

The homicide is the second around South First Street public housing in the past two months.

“... the defendant did harm the victim. She lived in fear every single day. He took private information that he knew and he exploited it and he threatened her with it.”

Lenny Ricardo Dortch, 41, of Portsmouth was arrested on Wednesday and charged with rape and abduction with the intent to defile.

With home release rising, agency steps up to help inmates

With 280 inmates released on Home Electronic Incarceration since March, Lending Hands in Fluvanna has helped some find housing.

The evidentiary hearing represents what may be the former University of Virginia student-athlete's last option to overturn his murder conviction.