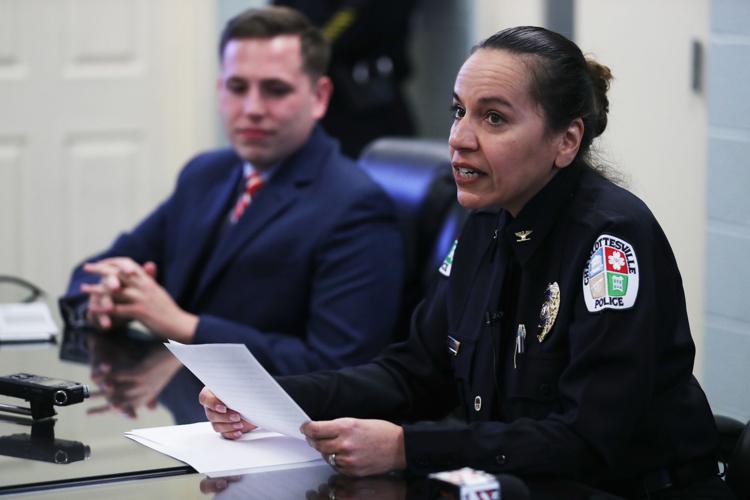 Charlottesville Police Chief RaShall Brackney speaks to the media during a 2019 conference at the police headquarters downtown. 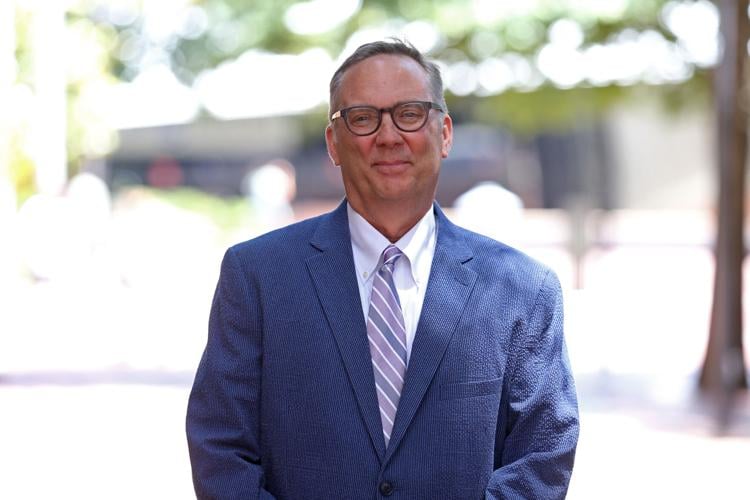 Chip Boyles started as Charlottesville’s city manager on Feb. 15, amid an upheaval in city leadership positions and other challenges.

Former Charlottesville Police Chief RaShall Brackney did not have sufficient evidence of discrimination, conspiracy or malice, according to the federal judge who dismissed her $10 million wrongful termination lawsuit against the city on Friday.

“The plaintiff must plead enough factual content to nudge a claim across the border from mere possibility to plausibility,” Judge Norman K. Moon said in an opinion published online Monday. “Because Plaintiff does not allege sufficient facts to support these claims, Defendants’ motions to dismiss are granted.”

Brackney, the city's first black female police chief who was fired in 2021 after three years of service in the wake of the deadly Unite the Right rally, filed a 73-page federal complaint on June 15 accusing 10 government and police leaders of plotting to oust her and then harming her reputation with their public comments.

Brackney argued in her suit that her termination was the result of race, color and gender discrimination, wrongful interference with her employment contract and a “conspiracy” to have her removed in violation of Virginia’s whistleblower statue, defamation standard, Human Rights Act and Freedom of Information Act.

Brackney’s attorney Charles Tucker Jr. of the Cochran Firm has promised a fight – without any actual mention of an appeal.

“We did not come into this lawsuit with any delusions regarding Charlottesville’s atmosphere of entitlement or its institutions of cultural supremacy,” Tucker said in a statement sent to The Daily Progress. “Don’t go whistling Dixie yet, because we have only just begun to battle.”

Tucker said that Brackney’s suit provided “an extensive – not exhaustive – complaint with supporting exhibits” that he believed met the “the legal standard” at this “early stage.”

The judge said that Brackney’s claims against several individuals listed in her suit were dismissed because they either were not agents or employees of the city she worked for or because as city employees they “cannot intentionally interfere with the City’s contract.”

Brackney was an at-will employee, Moon said. Under the terms of her employment agreement, the city manager or Brackney had the unconditional right to terminate that agreement without giving cause after giving 90 days’ advance notice. Then-City Manger Chip Boyles did that.

Brackney had claimed those individuals were both acting as the city’s employees or agents “at all times” while also “not acting within the course and scope of their employment.”

“The claim could only go forward if the latter statement is true,” the judge said, and Brackney’s legal team presented no evidence to support that the listed parties were acting outside of their roles as city employees or agents.

“Her facts instead support that they were acting because of these positions,” Moon said.

A separate complaint that Mike Wells, president of the Police Benevolent Association, had also interfered with Brackney’s employment contract was dismissed. Moon said that was because Brackney’s team had supplied no evidence to support that Wells was ever employed by the city.

“The Albemarle County Police Department selected, hired, employed, and compensated him, and he also served as a volunteer with the Central Virginia Chapter of the Southern States Police Benevolent Association,” Moon said. “The City could not dismiss him, nor did the City control his position.”

Brackney’s suit had alleged that a Police Benevolent Association survey, which suggested officers had lost faith in the department’s leadership, was specifically intended to target and highlight her in a negative manner, contributing to a hostile work environment.

“The City, however, did not conduct the survey,” according to Moon’s opinion.

Included in her claims of a hostile work environment were videos made by white male employees of “racist and color discriminatory content.” Brackney said in her complaint that she “was subsequently ridiculed, berated, surveyed, and ultimately fired for taking disciplinary action against such employee[s] and those involved.”

However, the court found no supporting evidence to show that Brackney was the specific target of the videos and none of the subsequent response alleged was attributed to a supervisor.

“It appears the officers created and exchanged the videos and texts among themselves,” the judge said, and as such the videos do not meet the high bar necessary to establish a hostile workplace under Title VII.

The court pointed out that “without disciplinary action” even disparaging remarks made by Brackney’s supervisor, who would have been Boyles, do not qualify as “adverse employment actions.”

“Termination is the only adverse action alleged in this case,” the court said.

Brackney had alleged she was treated “adversely, and less equally as an employee pending separation from employment, than other Caucasian employees.”

However, the court said, her legal team had provided no example of anyone else who had “dealt with the same supervisor, [were] subject to the same standards and … engaged in the same conduct without such differentiating or mitigating circumstances that would distinguish their conduct or the employer’s treatment of them for it.”

Upon her termination, Boyles had called Brackney “not a good fit” and later in an op-ed in The Daily Progress said that he was troubled by “concerns of trust and confidence in the leadership” of the police department. Snook had said in a CBS19 interview in 2021 that, under Brackney’s tenure, “even Black women officers were leaving” the police department. And Brackney claimed that Durette had prematurely authorized and requested the police department website alter and remove her information and biography from the website before she had officially departed.

However, the court said, “she does not allege facts showing they acted with actual malice.”

Brackney’s attorney would not provide any further details on a possible appeal outside of his written statement.

Snook told The Daily Progress that he believed the judge’s opinion and the dismissal of the case was a chance to start a new chapter.

“This is a chance for the city to move into a new era,” Snook said Sunday. 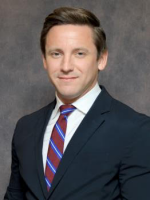 A car collided into the front of a urology clinic on Pantops on Monday afternoon. It is now the third instance of a vehicle crashing into a bu…

A shooting downtown late Monday night amid a neighborhood power outage left one boy injured but alive, according to Charlottesville police.

Learn more about the secret language chimps use to communicate

Charlottesville Police Chief RaShall Brackney speaks to the media during a 2019 conference at the police headquarters downtown.

Chip Boyles started as Charlottesville’s city manager on Feb. 15, amid an upheaval in city leadership positions and other challenges. 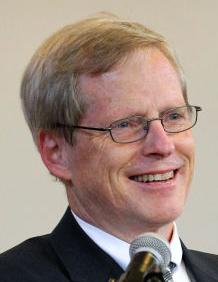