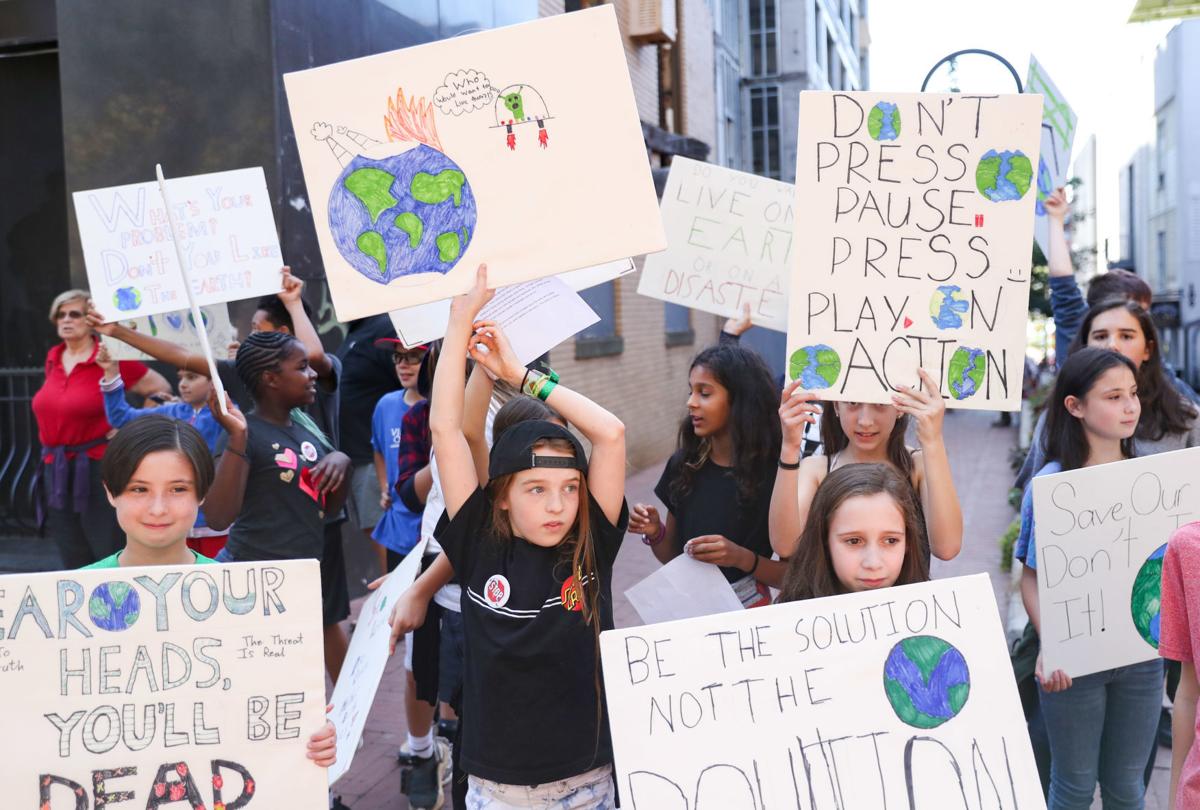 Students from Tandem Friends School participate in the Charlottesville Youth Climate Strike on the Downtown Mall on Friday. 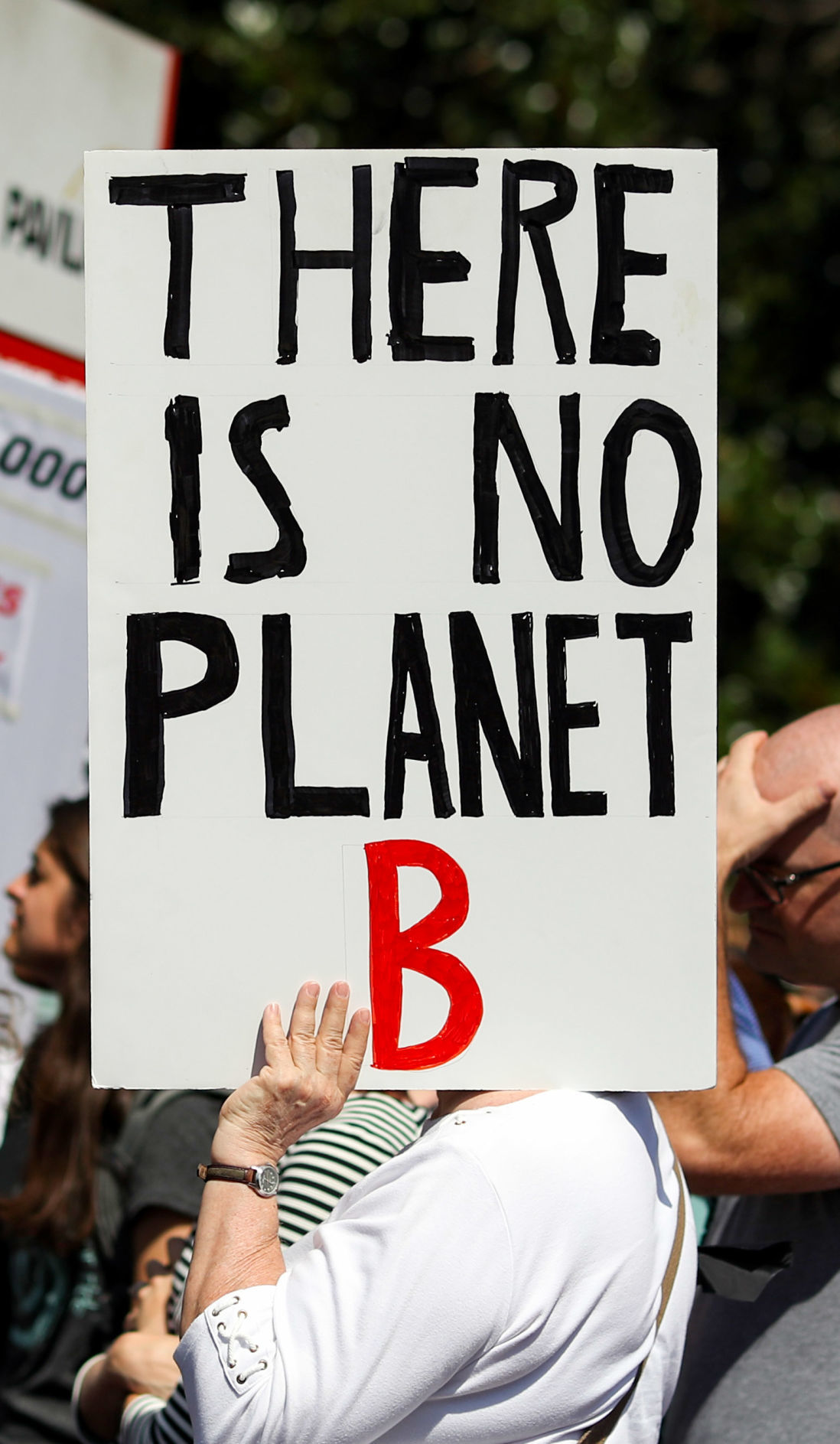 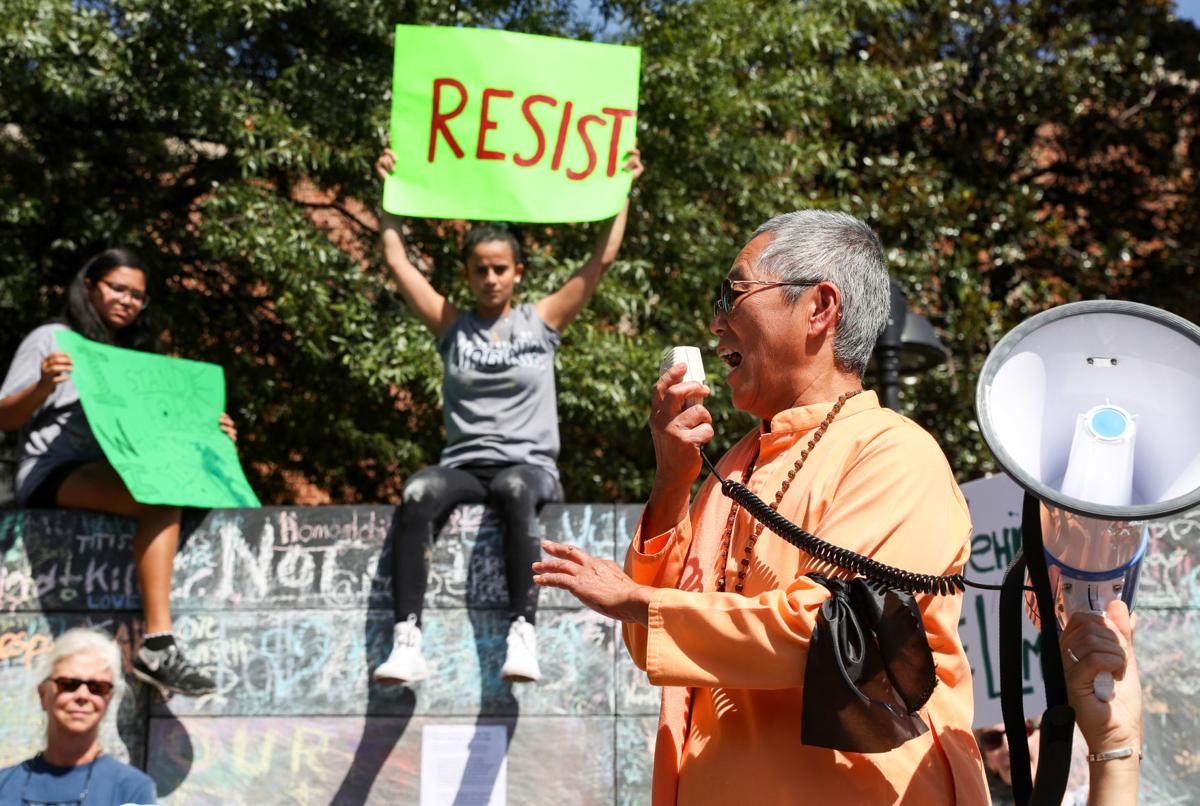 Swami Dayananda, of the Yogaville Ashram in Buckingham County, speaks during the Charlottesville Youth Climate Strike on Friday in front of the free speech wall in downtown Charlottesville. 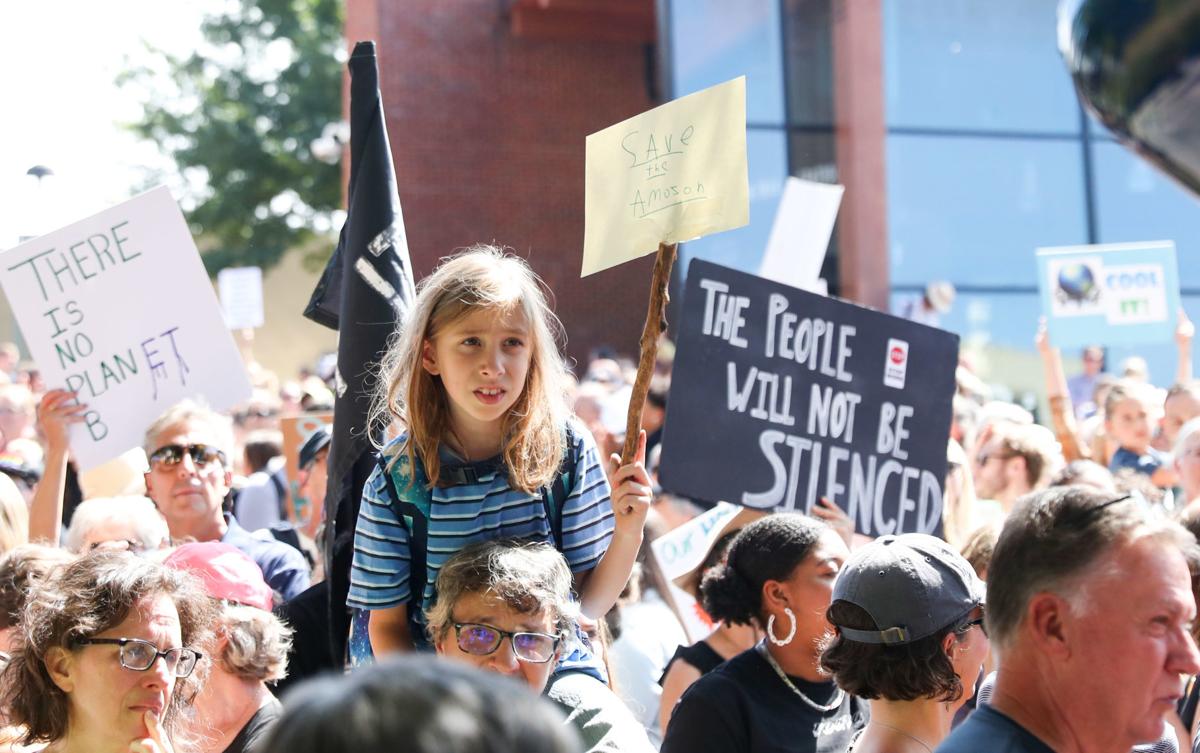 Hundreds of area students and adults participated in the Charlottesville Youth Climate Strike on Friday. 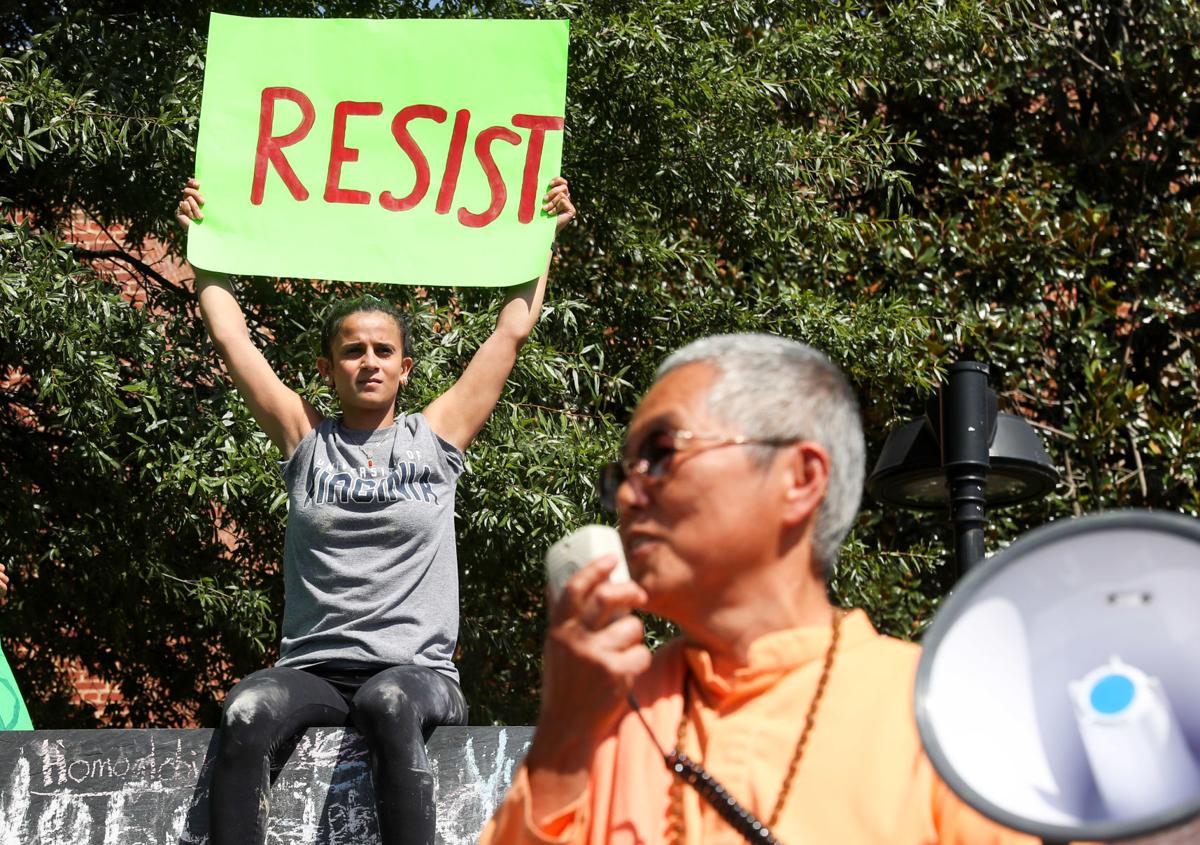 Hundreds marched to the free speech wall on Charlottesville’s Downtown Mall on Friday as part of the global Youth Climate Strike movement.

Organized locally in part by Gudrun Campbell, the 12-year-old co-founder of the Cville Youth Climate Strike Network, the protest largely focused on the Atlantic Coast and Mountain Valley pipelines, the former of which involves a proposed compressor station in the historically black Union Hill community of Buckingham County.

Amid a crowd of both children and adults, Gudrun’s voice reached far, demanding action from adults capable of effecting change by voting for legislation addressing climate change.

“If our leaders won’t step up, then we’re going to,” Gudrun said, directing her words to the children surrounding her pedestal. “We can’t wait any longer if we want a healthy world to grow up in.”

Partway through her speech, chants of “Hey, hey, ho ho, fossil fuels have got to go” could be heard coming from the other side of the Downtown Mall. A crowd of students from the University of Virginia joined the already bustling crowd, growing the size of the event to an excess of 300 people.

Filling in cracks in the crowd and, in some cases, climbing onto the free speech wall, the UVa students quickly joined the protest and a polite hush fell over the crowd.

Richard Walker, who has family in Union Hill, said he has been fighting against the proposed compressor station for years. The station is a crucial piece of infrastructure for Dominion Energy’s Atlantic Coast Pipeline, which would cross Virginia to move hydraulically fractured natural gas from West Virginia to North Carolina.

To the chagrin of Walker and many others, much of the land for the pipeline has been seized by eminent domain.

“My great-great-grandfather worked the tobacco fields in Union Hill as a slave. Upon the Emancipation Proclamation when he received his freedom, he was able to purchase a portion of the land he had worked on as a slave,” he said. “Back in 1885, he paid $15 for this parcel of land which now, more than 100 years later, Dominion is trying to take through eminent domain. It’s not going to happen.”

For five years Dayananda and members of Yogaville have been fighting against the pipeline, efforts she said were at first ignored by those in power.

“We need to protect clean air, clean water, our land and our community, but for [Union Hill] there was more harm in the form of racism,” she said.

Following more speeches from activists fighting against the Mountain Valley Pipeline in Southwest Virginia and from UVa students, the grade-schoolers staged a die-in near the entrance to the Sprint Pavilion.

Quiet gasps could be heard as the children laid down, feigning death as an example of the future they see if climate change is not addressed.

Martha Jordan, a Charlottesville-area mother, said her children participated in the walkout.

“My husband and I have always encouraged our children to fight for what they believe in, and they wanted to do this,” she said, motioning to the die-in. “This is unsettling to look at, and that’s the point.”

Albemarle County Public Schools employed the same policy used during gun protest walkouts last year, allowing students to leave if a parent or guardian picked them up or if they had an excusal note. Phil Giaramita, a spokesman for the county schools, said they had not kept track of participating students because the number was small.

Students from Tandem Friends School participate in the Charlottesville Youth Climate Strike on the Downtown Mall on Friday.

Swami Dayananda, of the Yogaville Ashram in Buckingham County, speaks during the Charlottesville Youth Climate Strike on Friday in front of the free speech wall in downtown Charlottesville.

Hundreds of area students and adults participated in the Charlottesville Youth Climate Strike on Friday.