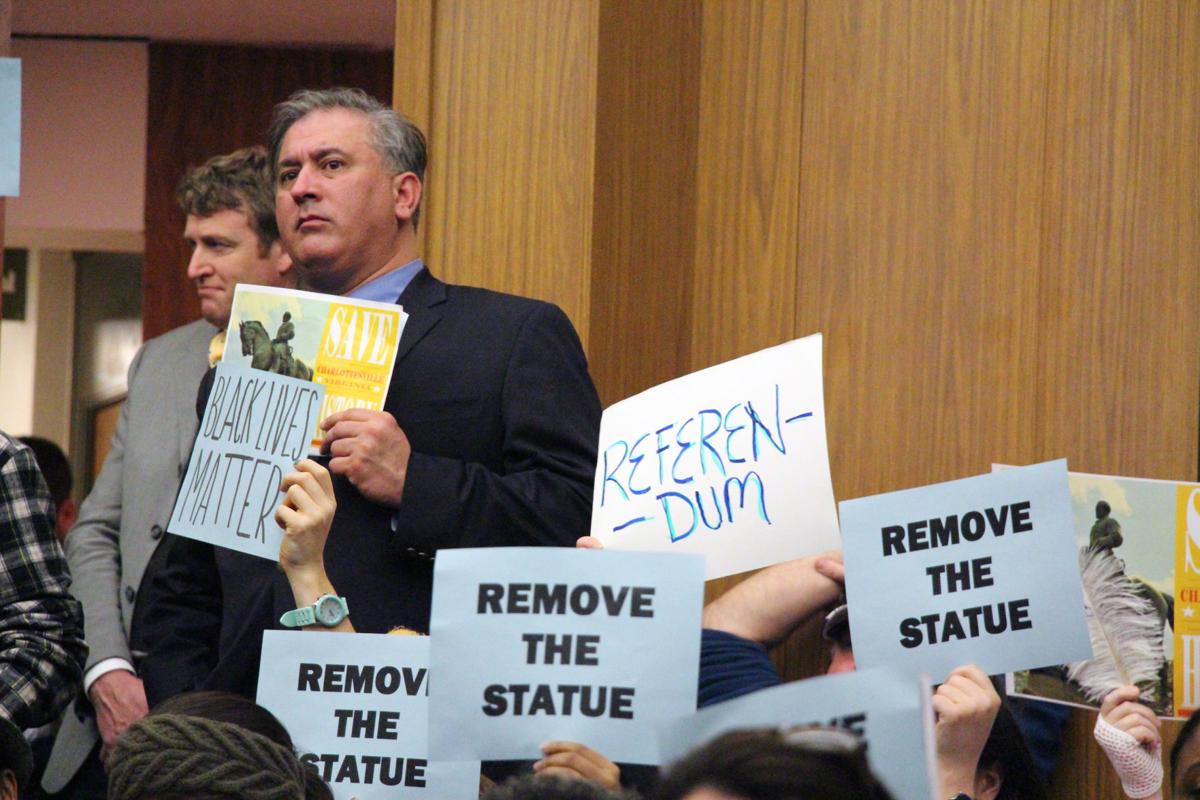 Protesters for and against removing the statue of Lee from Lee Park in downtown Charlottesville look on during a city council meeting Monday February 6, 2017. 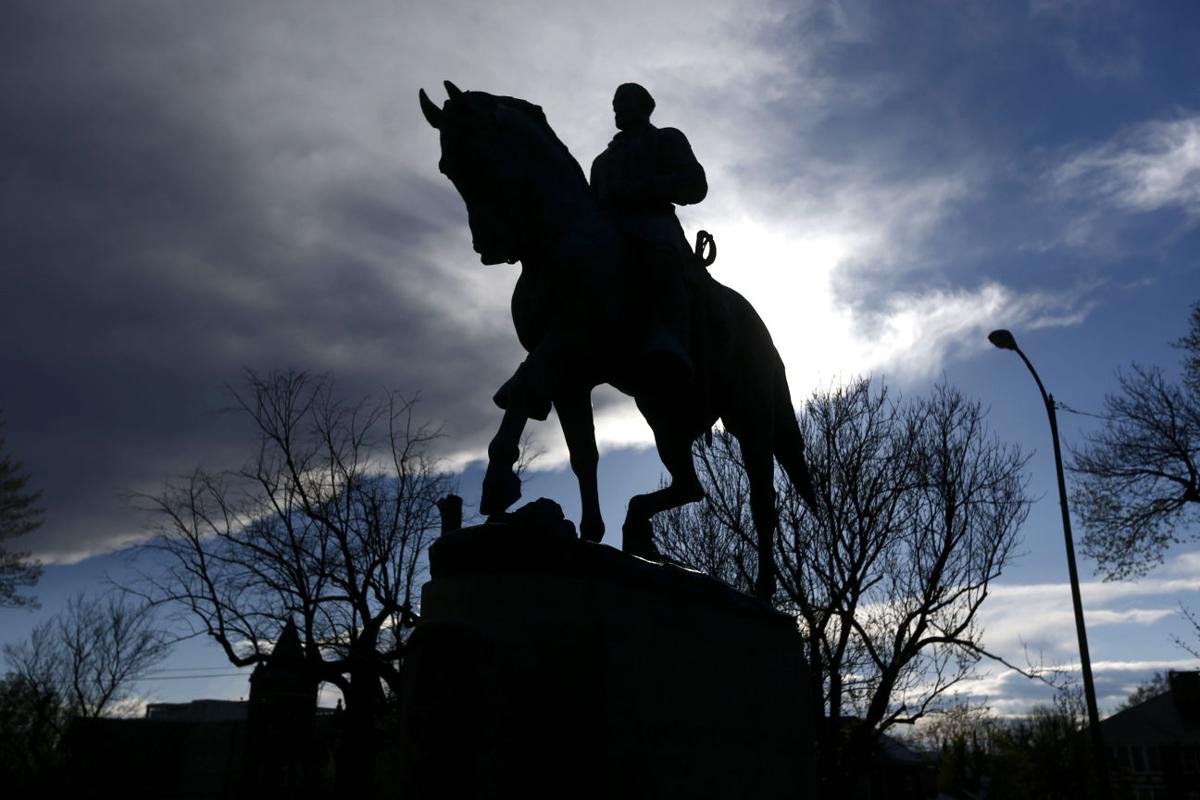 Charlottesville's statue of Confederate Gen. Robert E. Lee will be removed from the city's Lee Park.

After being unable last month to decide whether to keep Charlottesville’s statue of Confederate Gen. Robert E. Lee in the city’s central square or move it to McIntire Park, the City Council on Monday voted to relocate the statue.

The motion passed on a 3-2 vote, with Mayor Mike Signer and Councilor Kathy Galvin voting against relocating the statue.

In his remarks before the vote, Councilor Bob Fenwick, who deadlocked the council after casting an abstention vote last month to move the statue and, in a separate motion, voting against re-contextualizing the statue in place, the first-term councilor and Army veteran welcomed whatever legal challenges may come as a result of the vote.

Says he is assured council will consider his budget ideas

“If you think death threats will stop me, you must not know my background. I’ve been through much worse,” Fenwick said. “I’m aware a lawsuit’s been threatened. I’d welcome one.”

The motion that passed Monday requires city management staff to provide within the next 60 days recommendations for how the statue can be moved.

The council’s decision follows months of public discussion on the matter, after Councilor Wes Bellamy last March called the statue of Lee to be removed, citing members of the community who feel it is culturally offensive and a symbol of white supremacy.

Last fall, a community commission convened by the council decided to recommend the statues of Lee and Confederate Gen. Thomas “Stonewall” Jackson be re-contextualized either in McIntire Park or in their current locations.

The panel recommends that the statues remain in place, on the condition that the city rename and redesign the parks to “transform” the statues’ meaning.

After six months of public forums and commission meetings, a majority of the members on the Blue Ribbon Commission on Race, Memorials and Public Spaces expressed a preference for moving the Lee statue, but keeping the Jackson monument in place.

Much like the last City Council meeting, tensions spiked at various moments Monday evening — at one point, John Heyden, an outspoken critic of the proposal to move the statue, was removed from the meeting after an outburst.

Although the majority of speakers during the meeting’s preliminary public comment period voiced displeasure with the proposal to move the statue, the crowd response was loud, mixed with cheers and jeers.

Visually, blue signs that said “remove the statue” contrasted signs that had an image of the statue, which said “save history.”

During the public comment period, Jalane Schmidt, a University of Virginia professor, compared the protest against President Donald Trump’s refugee and travel executive orders to the statue debate, saying there’s “an empathy gap.”

“These African-American refugees of previous generations were driven from our town. They found no sanctuary city here in Charlottesville. And in the 1920s, leading white citizens’ contempt for black humanity was enshrined in Charlottesville’s public spaces,” she said.

“These monuments prompted and still perpetuate a romantic false narrative of the Lost Cause, which erases the memory of the enslaved majority.”

Most of the speakers who followed, however, spoke in favor of keeping the statues.

Kenneth Jackson, who is African-American, argued that the controversy surrounding the statues is a new phenomenon that is being perpetuated unnecessarily.

“I can tell y’all, we didn’t have these issues. We grew up together. I used to walk through every neighborhood,” he said. “Don’t play black folks for a fool. This disgusts me — and you’re supposed to be our leaders? Our parents didn’t hate the statue.”

Prior to voting to relocate the statue, the council agreed to consider a separate motion to rename Lee Park. You can read about that motion here.

City parks to be redesigned, renamed along with Lee statue removal

A resolution calls for the commissioning of a new monument to honor the city’s enslaved population.

On July 10, the statues of two Confederate generals will finally come down, nearly a decade after a City Councilor first suggested removing th…

Councilor Bob Fenwick said he wants to negotiate with councilors to gain support for several measures he’d like fund in the budget for the upcoming fiscal year.

Protesters for and against removing the statue of Lee from Lee Park in downtown Charlottesville look on during a city council meeting Monday February 6, 2017.

Charlottesville's statue of Confederate Gen. Robert E. Lee will be removed from the city's Lee Park.