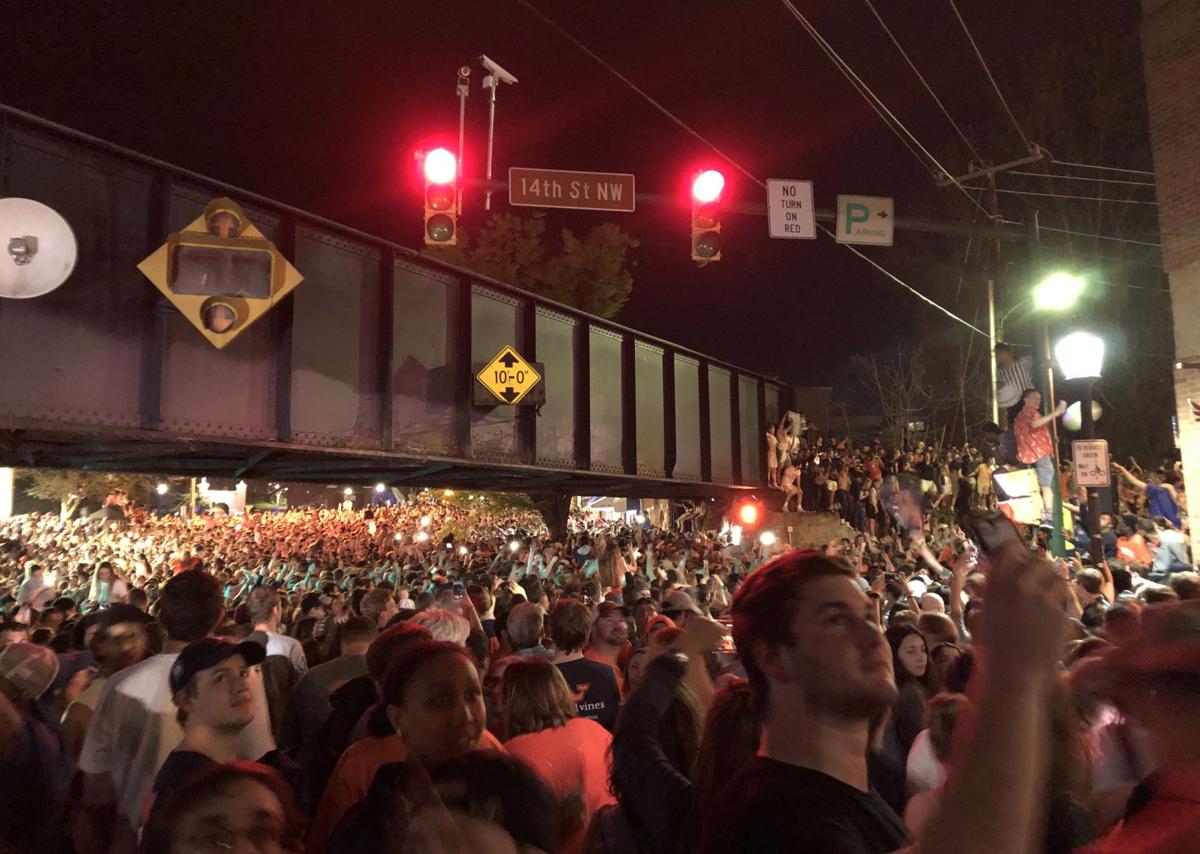 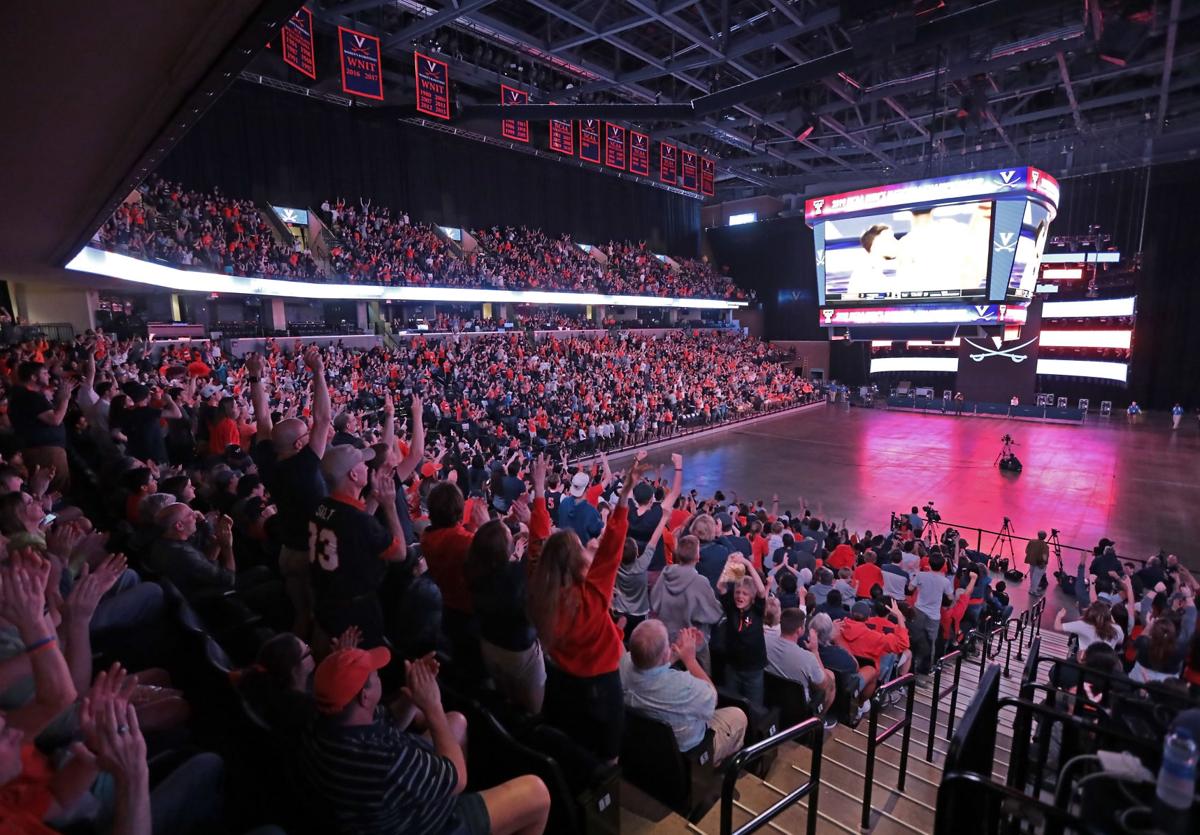 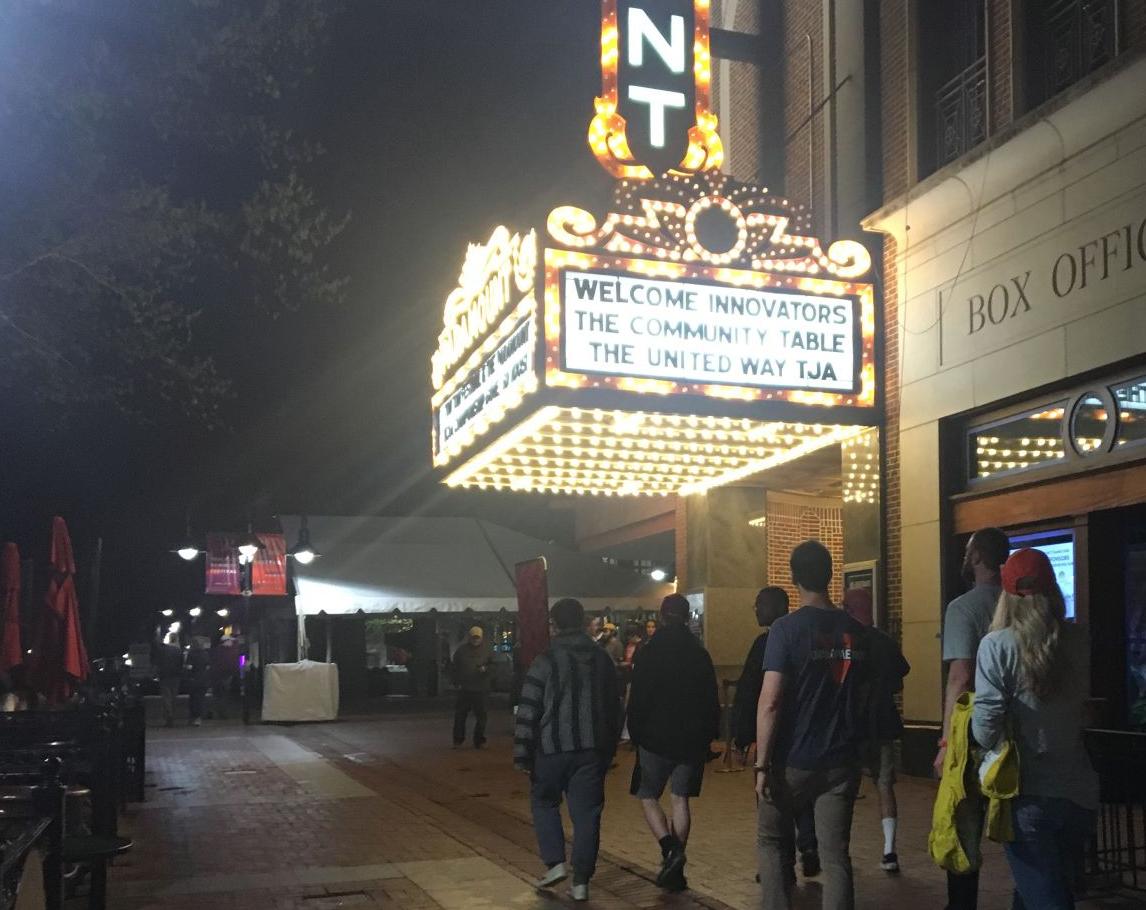 Teeming crowds of screaming students swarmed the streets around the University of Virginia, climbing atop a dump truck, spraying each other with beer and champagne and shouting with joy after the Cavaliers won the NCAA men’s basketball championship game in overtime Monday night.

Streams of celebratory Hoos poured from the bars and into the streets as screams of joy echoed throughout the block.

An ever-growing crowd packed the Corner until there was no room to stand; each person’s movement pushing the crowd like an ocean. Not a single face was free of sweat and glee.

“This is best night of my life,” screamed one woman before diving into the crowd.

Fireworks echoed in neighborhoods and reports of shots fired were called into police in the celebratory aftermath.

Dozens of students who had gathered on the Lawn with a projector screen for the final minutes of the game exploded with joy as the clock ticked down and the Cavs took the national title.

As the clock ticked down, students began streaming toward the Corner but others stayed until the very end, spraying beer and champagne and huddled into a crying, screaming mass.

“We’re national champions!” several men screamed. “We did it!”

Virginia fans also turned out in force at the John Paul Jones Arena and the Paramount Theater to watch the big game Monday night.

As the game went into overtime, police announced additional street closures around Grounds.

At JPJ, about 8,000 students and local residents watched the game, which was played in Minneapolis. The roar from a floor-to-ceiling crowd shook the viewing party as Virginia guard Ty Jerome drained a 3-pointer in the waning seconds of the first half the game.

Rain earlier in the day didn’t dampen the mood in Charlottesville as tipoff approached. It was standing room only at bars across town. A few hopefuls in blue and orange waited in standby outside the Paramount Theater, which ran out of tickets for its free screening of the game.

Staff members at the Paramount said they expected spirit, as well as class from fans — “we don’t set fire to cars or anything like that here.”

At Random Row Brewery, clad head to toe in navy and orange, UVa alumna Ashleigh Jean said she was excited to see the team make it to the championship.

“They never made it this far when I was in school,” she said. “After a rough time last year, it’s good to see them get here.”

The Cavaliers, who made history in last year’s NCAA Tournament by becoming the first No. 1 seed to lose to a No. 16 seed, made history again Monday night — the good kind.

Crozet committee members feel 'insulted' after Board of Supervisors meeting

“... for people who don't live in Crozet, who we don't have the opportunity to vote for, swoop in at the 11th hour and attempt to commandeer the plan, I think people can understand why that would be very frustrating.”

Bicyclist killed in collision with two vehicles in Albemarle

County police responded to the intersection of Ivy and Bloomfield roads at 2:54 p.m. Monday.

The driver allegedly passed the deputy traveling at 91 mph in a 55 mph zone. As the deputy initiated a traffic stop, the driver accelerated to speeds greater than 100 mph, the release stated.

Alexander Antonio Rogers, 32, is being sought after a man was found with a gunshot wound to the chest in the 700 block of Prospect Avenue.

Tuesday's incident marked the 87th confirmed case of gunfire in the city this year, according to police.

Shells were collected from local restaurants and residents for the Virginia Oyster Shell Recycling Project.