AFTON — When Shipman resident Wisteria Johnson took to the stage Saturday, she led the crowd in spelling: “V-I-C-T-O-R-Y.”

“What do we have?” Johnson asked. The crowd exclaimed in response: “Victory!”

More than 100 opponents of the now-canceled Atlantic Coast Pipeline gathered Saturday at the Rockfish Valley Community Center in Afton for a celebration one year in the making, the COVID-19 pandemic having delayed the festivities.

Dozens were grouped under white tents with overlapping chatter and music filling the air. The area was decorated with anti-pipeline paraphernalia, and many wore blue “No Pipeline” T-shirts.

“I’m sure you all remember what it felt like when you heard the news that the pipeline was canceled,” Joyce Burton, with Friends of Nelson, said as she clutched a copy of the Nelson County Times with the headline that read, “Atlantic Coast Pipeline canceled.”

“I just remember the disbelief; I had bruises on my arm from pinching myself. I’m really excited that now, after a year, we’re finally able to reconnect with that feeling of relief we had back then,” Burton said.

The natural gas pipeline would have spanned roughly 600 miles of West Virginia, Virginia and North Carolina, including some 27 miles in Nelson County. After it was announced in 2014, it quickly became a focal point of contention for many, including residents such as Johnson who own land along the proposed route. It sparked the formation of groups including the Nelson-based nonprofit Friends of Nelson, which dedicated itself to fighting the project.

Once the first notices of the project started going out in the mail, many opponents dedicated the next six years of their lives fighting against the ACP until it officially was canceled in July 2020.

Dominion Energy and Duke Energy, the utility companies behind the project, pulled the plug on the ACP after significant gridlock and delays resulting from opposition groups and legal challenges. It was more than $3 billion over budget at the time of its cancellation a year ago.

The Saturday evening event, hosted by Richard Averitt, an ACP opponent whose land was in the path of the proposed pipeline, featured a lineup of speakers headlined by Ernie Reed, chairman of the Nelson County Board of Supervisors and the former head of Friends of Nelson.

Reed spoke of how supervisors during a meeting last month voted to recognize July 5, or the one-year anniversary of the cancellation of the pipeline, as a commemorative day of celebration.

The event was an opportunity to say thank you to the community’s “many anti-pipeline efforts,” a news release stated, and recognize contributions both large and small that people made over the years that culminated in the defeat of the pipeline.

Residents also had a chance at the microphone to share their experiences during the course of the roughly six-year struggle.

Jennifer Lewis, with Friends of Nelson’s sister organization, Friends of Augusta, said the pipeline’s cancellation shows the power of everyday people standing together for a cause.

She said it brought people together as a community, regardless of differences in background, origins or socio-economic status.

“It’s not going to be just a sudden death; it’s a death by a thousand cuts,” said Lewis, referencing a phrase she had heard that she often thought about when the fight seemed hopeless. “At the end of the day, what matters is that all of us neighbors stood together united until we defeated what was standing in our way.”

Burton noted “the job isn’t over yet” as Friends of Nelson now turns its attention to ongoing efforts to release hundreds of landowners from easements still held by ACP, but the project’s cancellation still is a victory worth celebrating.

The Culpeper district of the Virginia Department of Transportation said on social media that the wreck involved a box truck.

Changes to the area include eliminating left turns from Hydraulic onto U.S. 29 north and south and adding crossing options for pedestrians. Public hearing is May 25.

Severity of the disease seems to be less than those cases from just a few months ago, resulting in fewer ICU patients, officials said.

Nearly 8,000 degrees will be conferred this weekend.

The solar farm would take up approximately 650 acres off Secretarys Road.

"We believe that this data makes an irrefutable case that the state has not been serving every child in every community in the Commonwealth as well as it needs to and it should be doing."

With a bonfire, paint-by-numbers mural and time capsule, students and the school community marked the end of the Jack Jouett era for the 56-year-old school.

UVa said it will confer 7,827 degrees this weekend.

The Jefferson-Madison Regional Library will begin discussions of a potential name change for the library after a local descendants of enslaved laborers group asked the library board of trustees to change the name Monday.

Biden meets with PMs of Japan, India and Australia

Biden meets with PMs of Japan, India and Australia 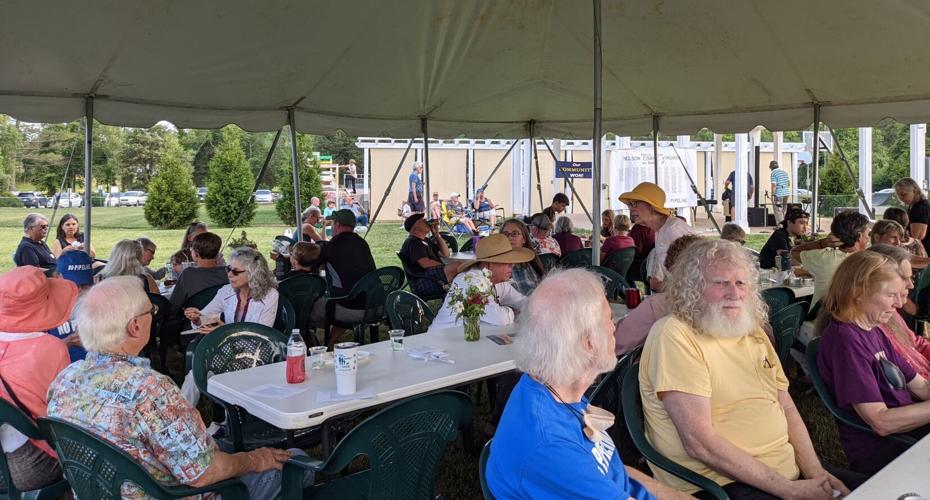 More than 100 people gathered at the Rockfish Valley Community Center in Afton on Saturday to celebrate the one-year anniversary of the cancellation of the Atlantic Coast Pipeline. 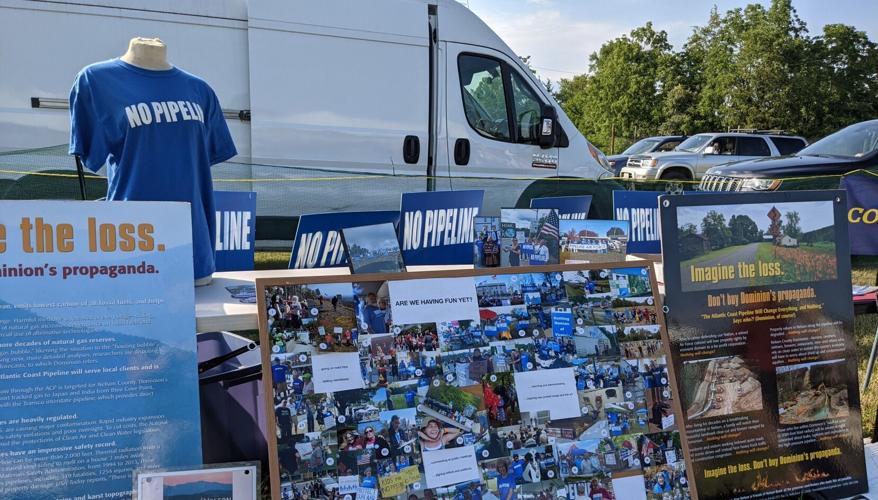 Loads of anti-pipeline paraphernalia was on display at Saturday’s event.