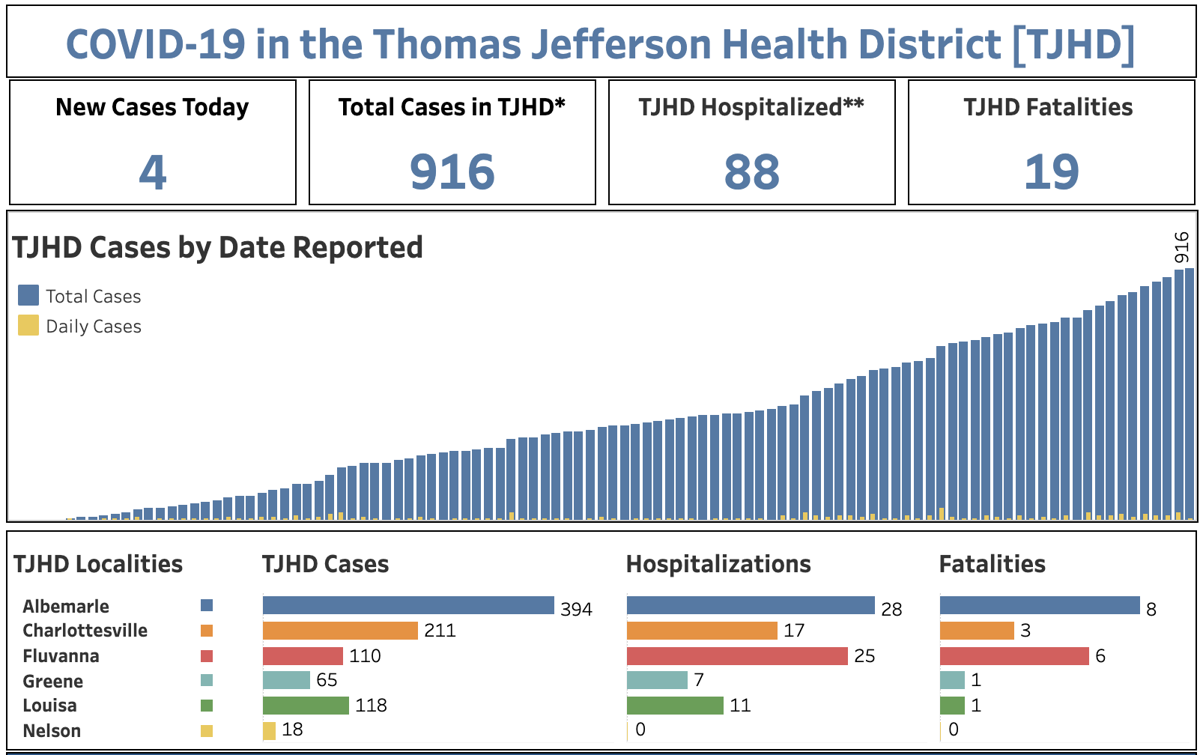 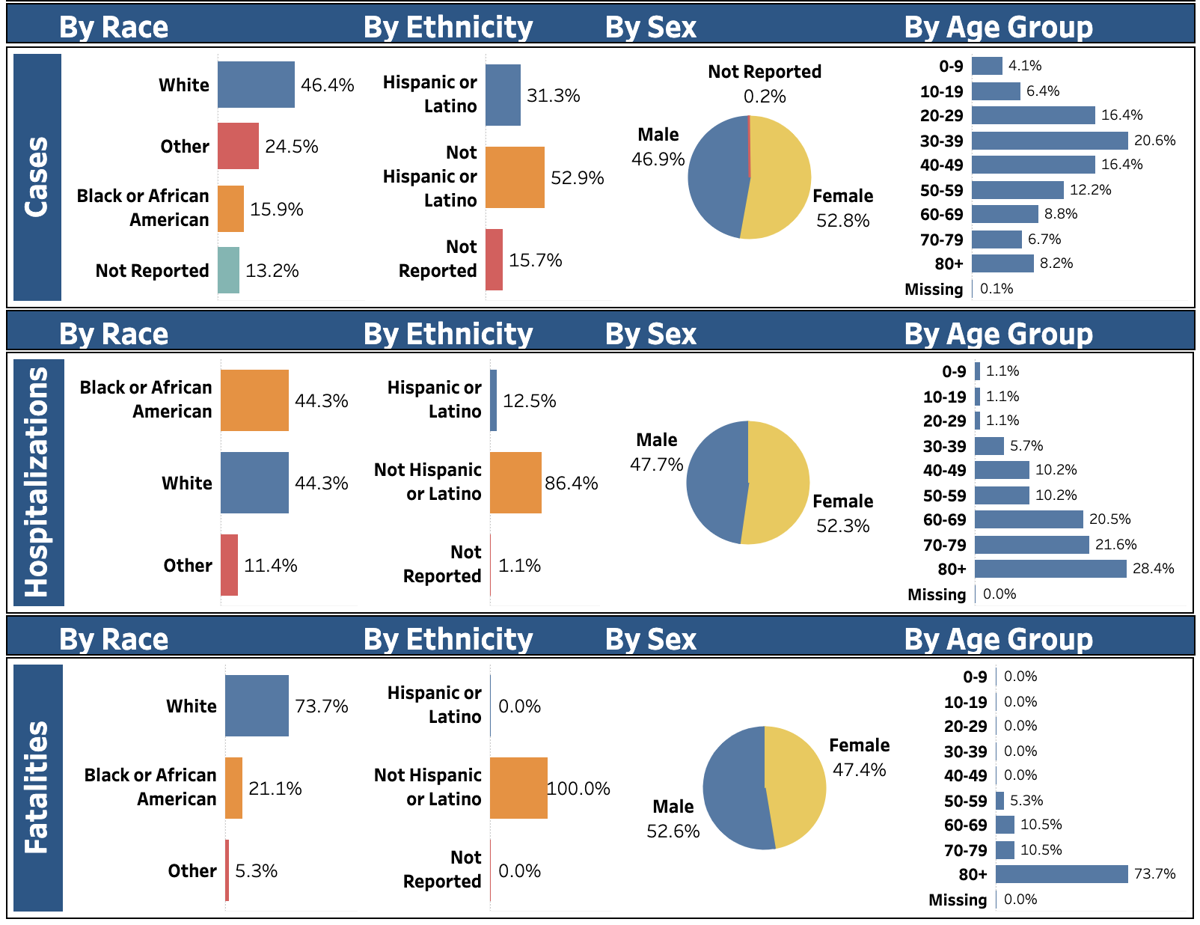 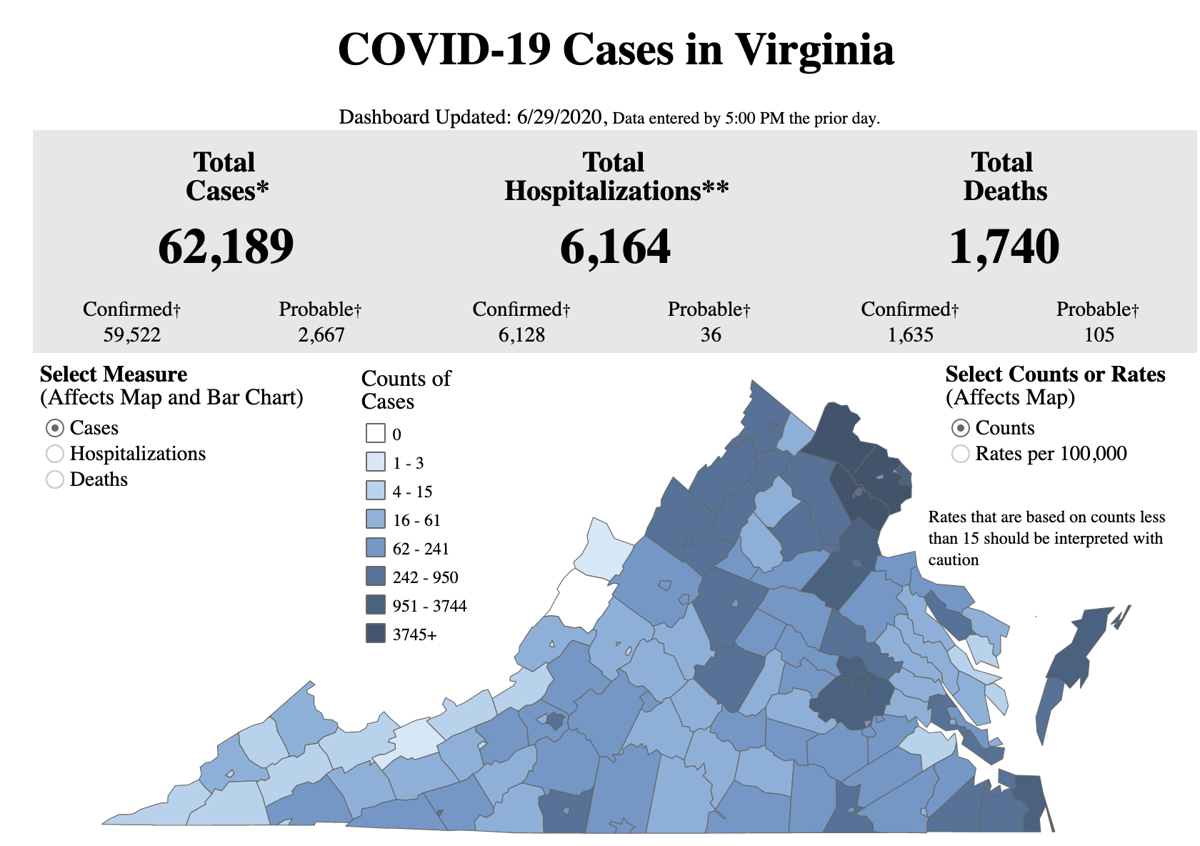 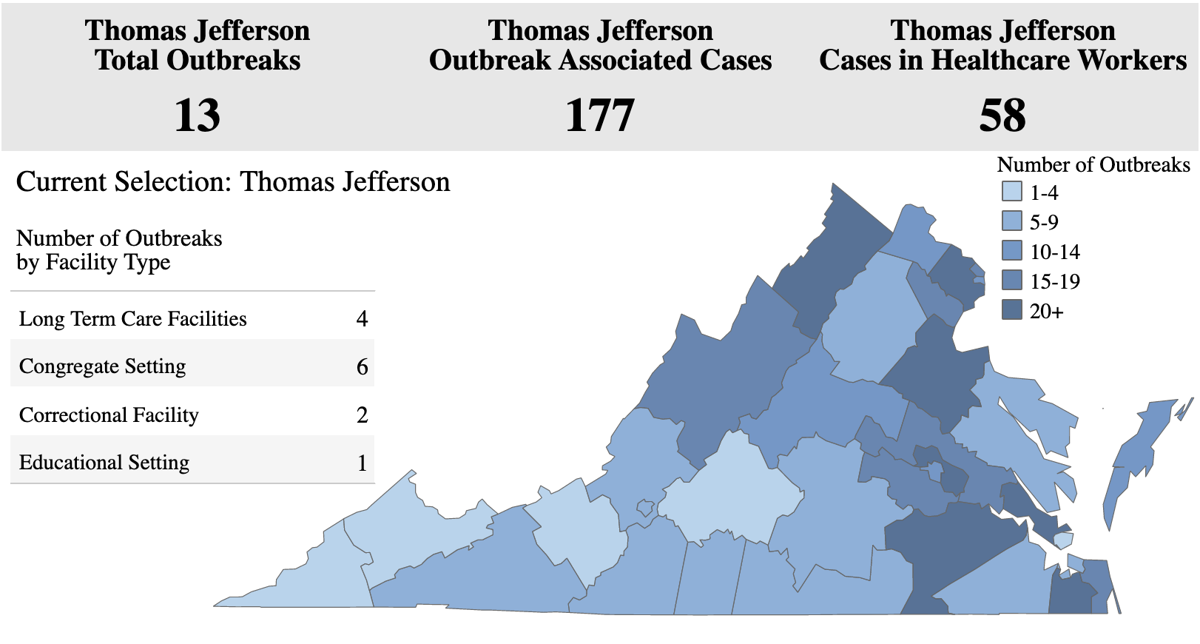 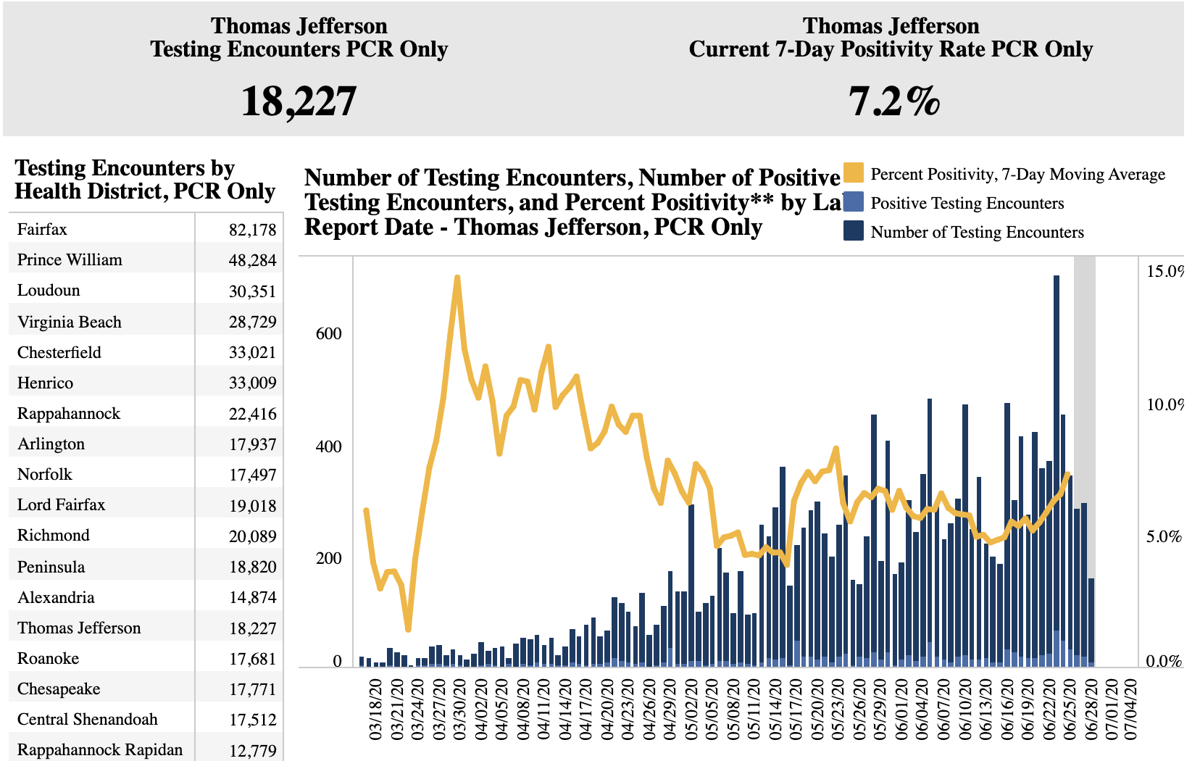 RICHMOND — The Virginia Department of Health reported Monday that the statewide total for COVID-19 cases is 62,189 — an increase of 1,619 from the 60,570 reported Friday.

The Thomas Jefferson Health District reported four new cases this morning, for a total of 916 across the region it covers.

In the TJHD, 88 hospitalizations have been reported, with 19 fatalities.

People between the ages of 30-39 have the highest amount of reported cases in the area, with 189 cases reported.

Only 329 of the region's cases have been diagnosed in people between the ages of 50-80+.

Across Virginia, 452 outbreaks have been reported. 11,084 cases are associated with those outbreaks.

Locally, there are 13 outbreaks: six in congregate settings, four in long-term  care facilities, two in correctional facilities and one in an educational setting.

177 cases have been associated with those 13 outbreaks.