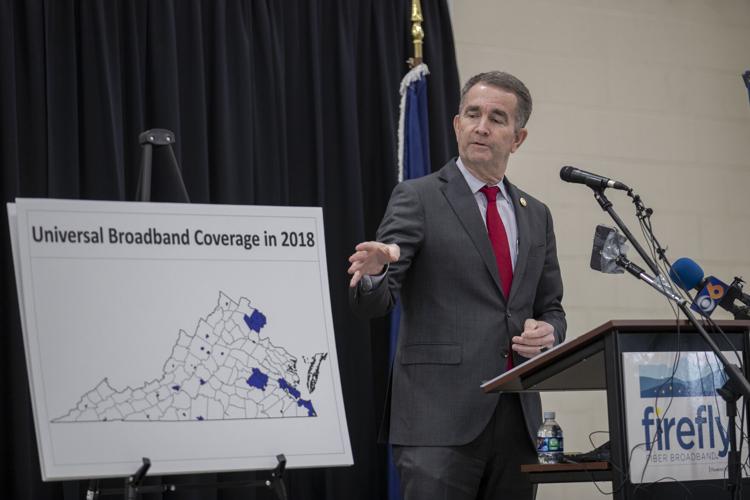 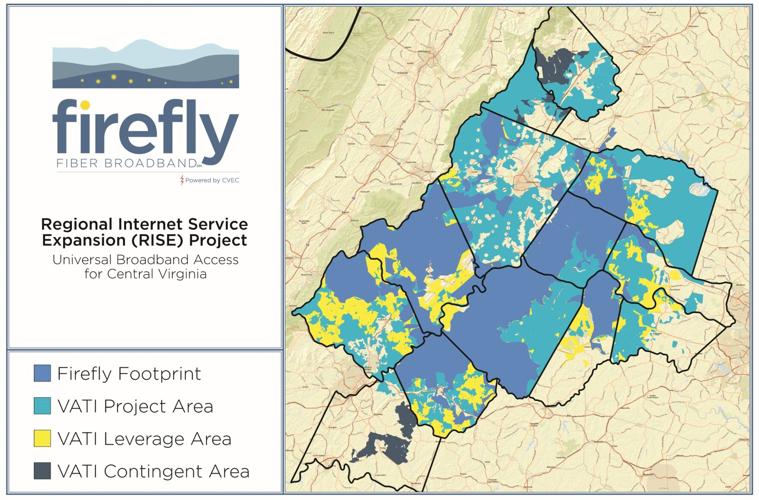 A planned regional broadband project that will provide residents in 13 Central Virginia counties with access to fiber broadband service will receive $79 million in federal and state funding.

The project, which has been in the works for much of this year, will bring service to 36,283 underserved homes, businesses and other locations in Albemarle, Amherst, Appomattox, Buckingham, Campbell, Cumberland, Fluvanna, Goochland, Greene, Louisa, Madison, Nelson and Powhatan counties.

On Monday, Gov. Ralph Northam announced more than $722 million total in new grants to broadband projects across the state with funding from the Virginia Telecommunication Initiative and the federal American Rescue Plan Act. The funding will support 35 projects in 70 localities and will connect more than 278,000 households and businesses to high-speed internet.

“We can close more than 90% of the digital divide,” Northam said. “We can make certain that every Virginian will have broadband access by 2024.”

The General Assembly in August decided to allocate $700 million from the American Rescue Plan Act for broadband. Northam said the funding, paired with commitments from private partnerships and other sources, will close the digital divide much faster than he could have imagined.

Firefly Fiber Broadband, a subsidiary of the Central Virginia Electric Cooperative, is leading the Regional Internet Service Expansion (RISE) project, which includes a formal partnership with Dominion Energy Virginia and the Rappahannock Electric Cooperative as well as funding from counties involved.

In the project area covered by the grant, about 4,000 miles of fiber will be built, with a project total of about $288 million, according to Firefly.

Counties have also contributed about $33.5 million. Nine of the counties involved in the project signed MOUs earlier this year to study working with Firefly to bring broadband service to all of its unserved residents.

The Thomas Jefferson Planning District Commission, which covers five of the counties involved in the project and Charlottesville, was the lead applicant for the project and will serve as the grant administrator.

For the RISE project, Rappahannock Electric Cooperative will own a fiber network where it delivers electricity in Louisa, Albemarle, Goochland and Greene and Firefly will serve as the internet service provider. Under an agreement with Dominion Energy, Firefly will lease middle-mile fiber installed by Dominion Energy in the company’s electric service area. Firefly will also work with American Electric Power/Appalachian Power to provide service in those areas.

Dominion Energy will need to get State Corporation Commission approval, which it plans to seek in early 2022, to build about 650 miles of fiber in some areas, Wood said.

“We will start in multiple areas, and the different partners will all start in different ways,” he said. “We’ll be announcing as we move into an area that we’re here now we’re gonna do this area. We’ll tend to do it the way we’ve done our work, which is a portion of a county at a time, almost by substation where the electric lines run.”

In addition to the more than 36,000 locations that will be served under the VATI grant-supported portion of the RISE project, more than 8,200 additional locations will be served by the overall project. It will take about three years to complete, Wood said.

Firefly is also in the process of completing a project that will provide broadband access to all CVEC customers.

“This partnership marks a major step forward in ensuring that the communities we serve have access to quality, high-speed internet that is cri…

Gears turning to bring fiber broadband to all of Albemarle County

Under a new MOU with Firefly Broadband, Dominion and Rappahannock Electric Cooperative, areas of Albemarle without high-speed internet would g…

Broadband on its way to Greene by 2024

AP Explains stakes in Biden's 2nd State of the Union

AP Explains stakes in Biden's 2nd State of the Union

Timelapse shows Earth from the view of an ISS astronaut

Timelapse shows Earth from the view of an ISS astronaut