RICHMOND — The Virginia Department of Health reported Wednesday that the statewide total for COVID-19 cases is 129,289 — an increase of 882 from the 128,407 reported Tuesday.

On Wednesday, the Thomas Jefferson Health District reported 27 new cases, for a total of 2,715 cases reported across the region since March. One new fatality was also reported.

One new case was reported in Fluvanna County, which now has 237 cases, 35 hospitalizations and nine fatalities.

Greene County's case count dropped by one, bringing it to 203 cases. To date, there have been 10 hospitalizations and three fatalities.

On Wednesday, the University of Virginia's COVID-19 dashboard reported a total of 257 cases in faculty, staff, students and contract employees. There were 26 new positive test results reported in the UVa community from Sept. 8. 24 of those positive results were in students. There are now 214 reported cases in UVa students.

The majority of the region's cases have been diagnosed in people between the ages of 10-49.

There are 880 outbreaks, with 18,459 outbreak-associated cases reported. To date, there have been 7,335 cases reported in the state's healthcare workers. The VDH classifies an outbreak as at least two lab-confirmed cases.

An area man was killed this week in a crash in Fluvanna County.

Charlottesville City Manager Tarron Richardson has resigned, ending a 16-month tenure that saw him often at odds with officials.

“I just think there’s a whole lot of thinking we need to do as a council about how we’re going to deal with honorary street names, actual street names … that, combined with the fact that it’s 11:37 p.m., I’m really not up for having an extended discussion about it now.”

More than 100 people gathered to watch the statue removal, including current and former elected officials, local activists and community members.

Currently, 8% of the university's quarantine rooms are occupied, along with 1% of its isolation rooms.

A Charlottesville review panel supports a planned new apartment building next to a historic home near the University of Virginia.

New regulations could include changing the grading scale or eliminating zeros in the gradebook. The changes could take effect as soon as next school year.

“... So many have worked hard to bring us to this moment.”

The University of Virginia has launched a new covid tracker dashboard ahead of Friday's deadline for officials to decide if the semester will go all-virtual.

A big change in the district’s new COVID-19 portal, unveiled Monday, is showing the dates when people tested positive or first developed symptoms, along with a seven-day moving average of new cases for the district by date of onset. 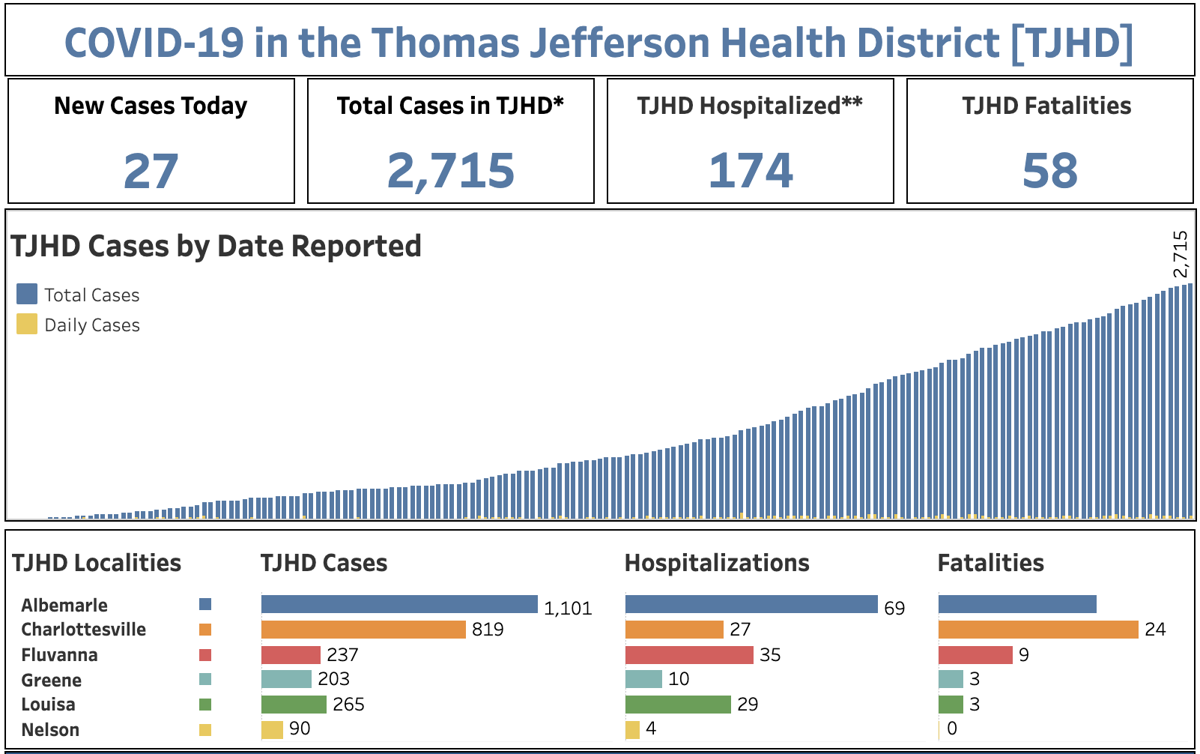 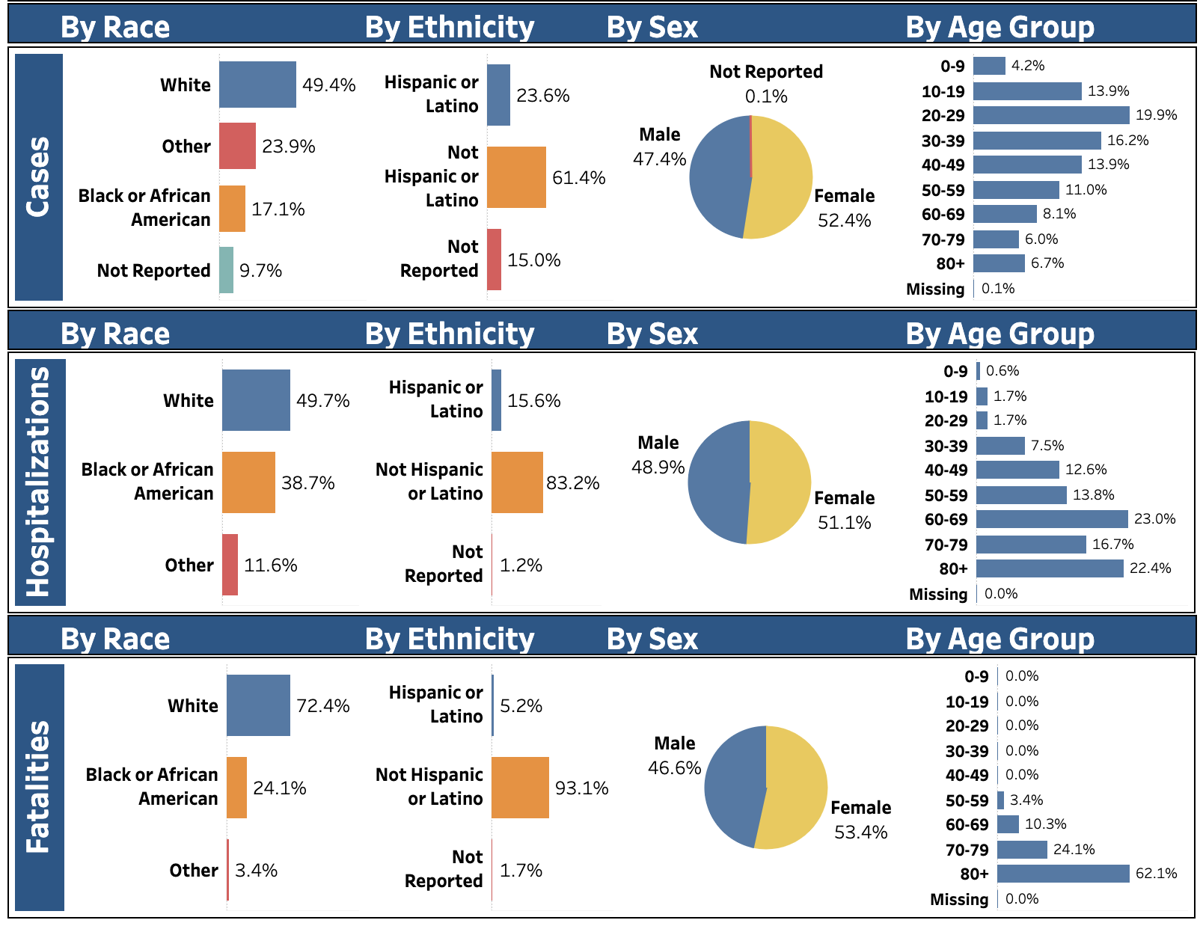 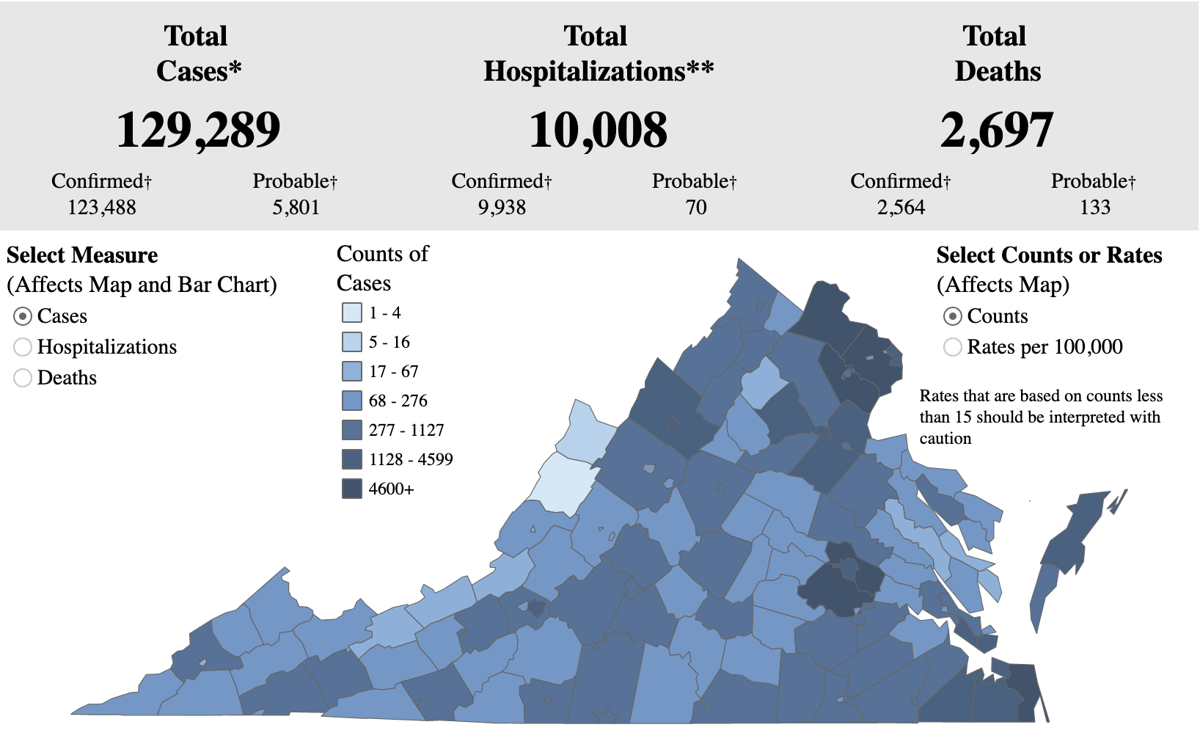 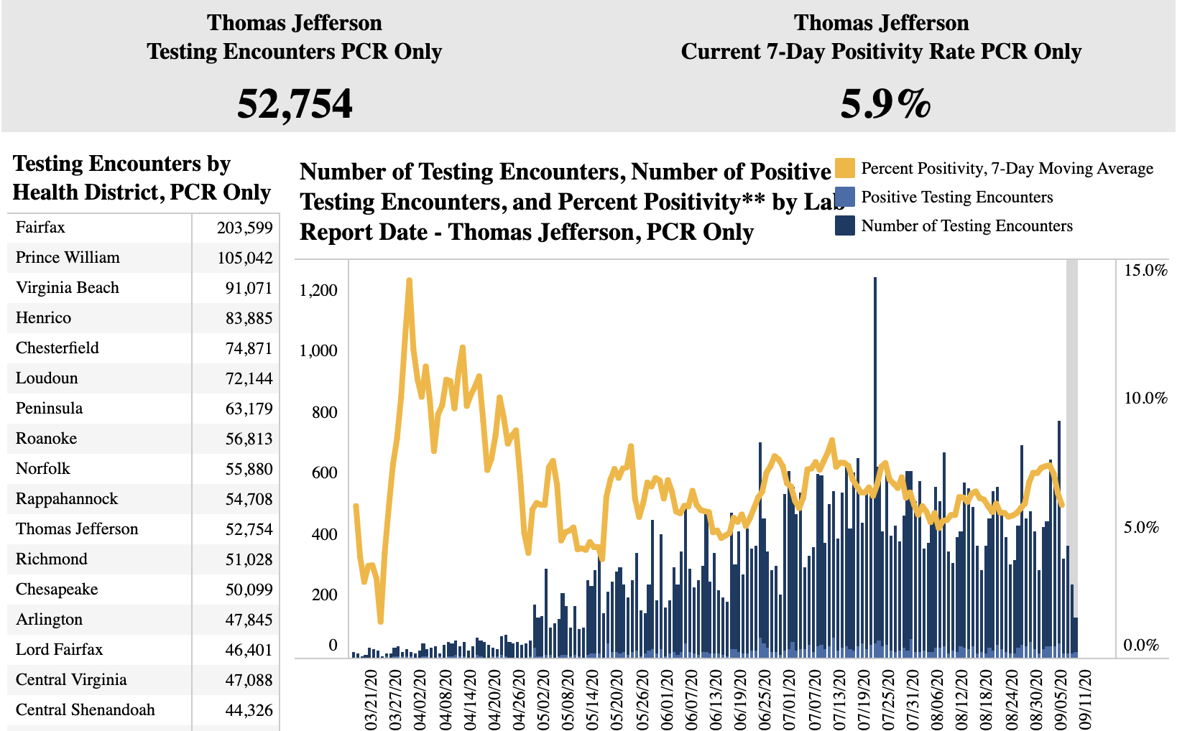