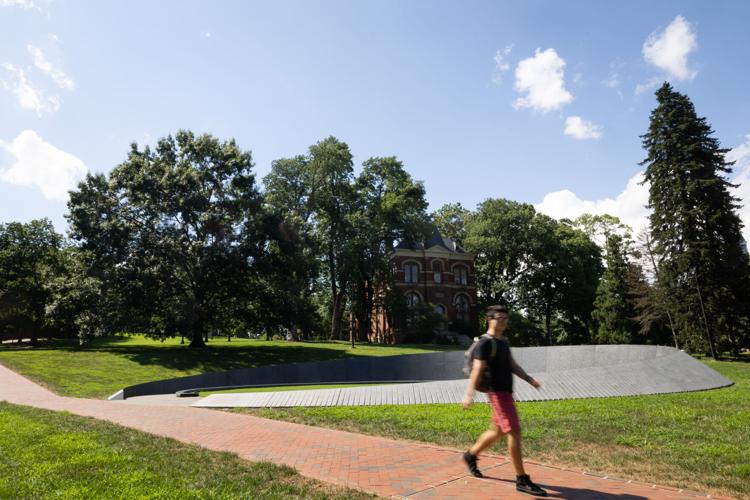 A person walks past the memorial to enslaved laborers on Tuesday on the grounds of the University of Virginia. 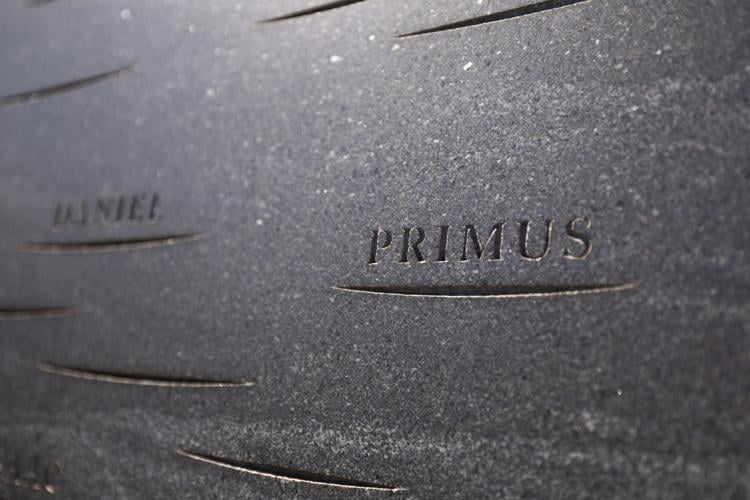 Names can be seen on the memorial to enslaved laborers on Tuesday on the grounds of the University of Virginia. 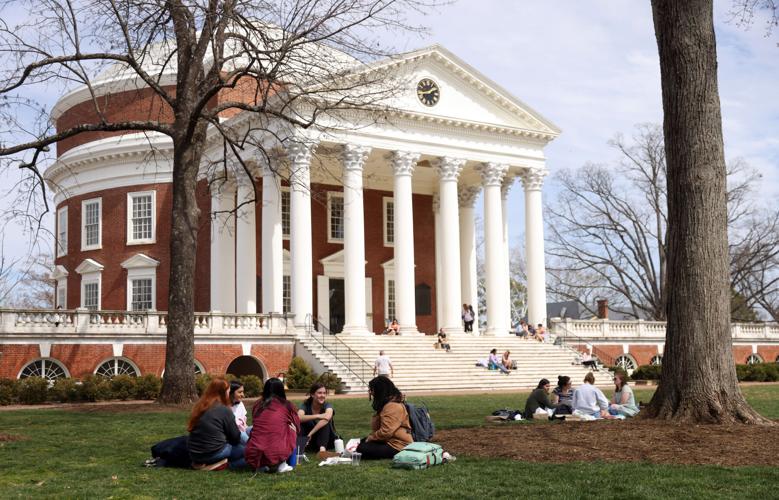 Students enjoy time on campus at the University of Virginia in Charlottesville. 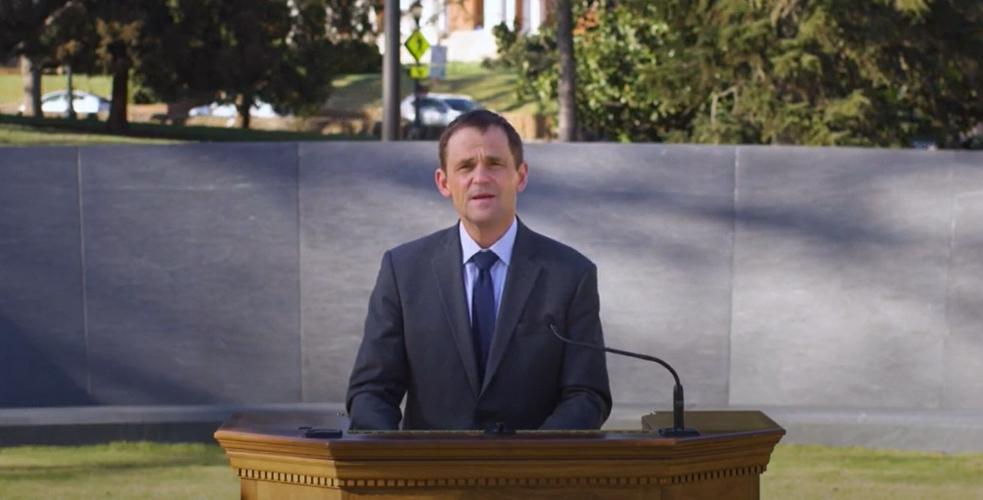 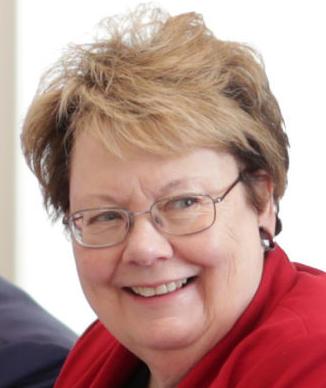 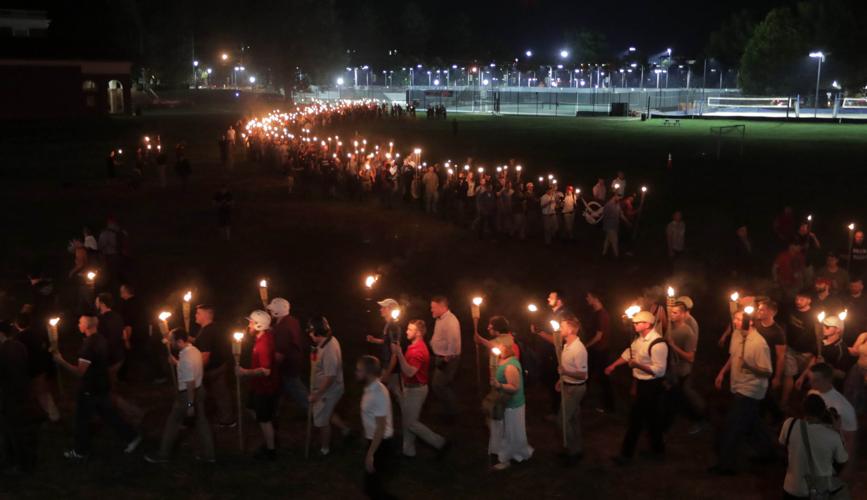 Unite the Right protesters carry tiki torches to UVa Grounds on Aug. 11, 2017. The next day’s violence led to the death of Heather Heyer and several injuries to UVa students and other counter-protesters.

The neo-Nazi torch rally on Aug. 11, 2017 shook Charlottesville and the entire nation, but perhaps no single institution was as affected by the rally as the University of Virginia.

Recognized as one of the top universities in the country, UVa and its loyal alumni and supporters have long guarded its reputation. Honor and good citizenship are strongly held ideals. Supporters and others across the land were stunned by the images of torch-carriers on the Lawn and in front of founder Thomas Jefferson’s statue, with many taking it as a personal affront.

But even more than a reputation to protect, UVa has students, professors, workers and others to protect. An extensive report released in November, 2017 said that the university had been slow to respond.

Former federal prosecutor Tim Heaphy, who headed the investigation and later became lead counsel for the university, said the University Police Department ignored information about the rally as well as offers of aid. In turn, that led to a volatile, inflamed atmosphere that continued into the tragic events on Aug. 12.

“There was ample notice of the Friday night torch-lit event to university officials,” Heaphy said at a news conference announcing the report’s result in late November, 2017. “They knew perhaps days in advance and perhaps early in the day on Friday, that there would be some sort of event by the white nationalists that were coming to the Unite the Right rally.”

Some activists were particularly upset that their warnings went unheeded.

“I called it in, the mayor’s wife called it in and students called it in,” said Jalane Schmidt, who is also a professor at UVa. “They called us hand-waving leftists for using the F-word: fascist.”

UVa has since worked to create a safer and more inclusive future with all of its students and faculty in mind. And while many changes have been made, many people believe there is need to do more.

Teresa Sullivan, who was UVa president at the time, immediately formed a working group to review all of the university’s policies to see where it could have handled the situation differently. The group made several suggestions.

Since that time, UVa updated its open flame policy to make it enforceable by security officials. The Lawn is now a facility, which allows for safety measures such as regulating firearms. It adjusted its time, place and manner restrictions to require university outsiders to apply for permission to hold a speech event at least one week in advance with a two-hour time limit. Events are only during week days between 9 a.m. and 6 p.m. and have a 50-person maximum.

Sullivan said she had done everything she could before the rally to thwart any violence. After the Ku Klux Klan had held a rally in Charlottesville in July, 2017, Sullivan consulted with the Southern Poverty Law Center for the best course of action.

After learning that many white supremacist groups are looking to create a media event, she decided she would give the media some good news instead. She organized an extensive teach-in at Alderman Library for Aug. 12, 2017. The family-friendly event was set to include several classes on different topics, exercises and film sessions as an alternative to going downtown, as many people routinely do on a Saturday afternoon.

Part of the goal, she said, was to distance UVa from groups with harmful ideologies that target large populations within the UVa community.

The measures did not work, to Sullivan’s deep regret.

“I wish Heather Heyer were alive today. I wish those state troopers were alive today. It’s an eternal grief,” Sullivan said. “I did my best to try and ameliorate the bad effects of it and, as it turned out, it didn’t work. There are still bad things that happen. January 6 was like post-traumatic stress for me. I just couldn’t believe it all over again.”

As a part of its goal to create more visibility for minority groups on Grounds, Sullivan approved plans proposed by the Deans Working Group to construct the Memorial to Enslaved Laborers located on Central Grounds.

Administrators and university faculty also have been developing plans and policies to thwart hateful ideologies that target people of color, the LGBTQ+ community and Jewish people.

UVa President Jim Ryan is adamant that his 2030 plan, crafted upon his arrival in 2018, will propel the university into a future worthy of its foundational ideals.

“This is a university based on certain ideas. They weren’t fully realized when they were articulated, but they remain captivating and compelling,” Ryan said. “The way that you change that is by moving closer to the values and ideals that were expressed, in some cases, two centuries ago…expanding the ‘We’ in ‘We the People.”

Ryan’s 2030 plan emphasizes strategic goals to increase cultural diversity among both faculty and staff as a part of strengthening its foundation. The SuccessUVA initiative, for example, is the expansion of the university’s financial aid program in an effort to bring more low-to-middle income, minority, first-generation and underrepresented students into the fold.

The initiative includes construction of a new Health and Wellness Center, a new Contemplative Sciences Center and an expanded Multicultural Student Center to support an increasingly diverse student body with a variety of needs.

Public safety changes Associate Vice President of Safety and Security and Chief of Police Tim Longo, who took his post in 2020, had a goal to create more synergy between the UVa, Charlottesville and Albemarle County police departments.As the former Charlottesville Chief of Police, Longo regards this alliance as a positive and necessary change for the future of safety at UVa.

“[An alliance is] essentially important when we have largescale events, whether they be spontaneous demonstration by a student body, civic group or an organized demonstration to a ballgame,” Longo said. “What I think the university has done well is have the foresight to know it makes sense to bring all those assets into one place.”

The university increased the presence of ambassadors and doubled up on Lawn security, Longo said. Donning bright yellow shirts, the unarmed ambassadors are UVa’s first line of defense and report suspicious or dangerous activity to police rather than intervening.

A gentle middle ground between security guards and police officers, the ambassadors create a sense of heightened awareness and protection for students, parents, faculty and visitors alike, Longo said.

Although the group has not met in about a year, the UVa Student Council’s University Police Accountability Board facilitates collaboration, communication and transparency between the student body, the University Police Department and other safety and security officials at UVa.

“When I first got here, there were actually faculty and staff members within that group as well,” Longo said. “I always envision that as not just a mechanism for oversight and accountability and asking questions, but also input on safety measures or preventative actions. More than it’s ever been, it’s always that balance between individual rights and governmental responsibilities that create safe environments.”

Executive vice president and chief operating officer at UVa, J.J. Davis, has a Safety and Security committee that is a cross-section of people representing different positions and experiences on Grounds, including student representatives. The committee meets once a month to discuss issues within the university on, both, broad and specific scales. Even with the policy and committee developments since 2017, students would like to see more intentional action from the university.

Student body president Cecilia Cain, a Black rising fourth year at UVa, sat on the University Police Accountability Board but said she did not find it effective. Cain said she is looking toward a new future of policing on Grounds.

“I’m hoping to work with UPD this year,” Cain said. “Removing university police from mental health crises and instead having trained counselors and EMTs as a part of that system is something we’ve been working on. I think a really good way to reimagine public safety is to divert funding from police and into different types of public safety, such as mental health professionals.”

While UVa is making plenty of progress in culturally diversifying the student body and instituting anti-racist hiring practices, students would still like to see more vocal and firm stances on the kinds of speech that are institutionally protected.

The university has come a long way since Aug. 11 and 12, 2017, but there is still much work to be done, many believe. Aligning the experience that forced students into a head-on confrontation with hate and racism with the truth about what happened that weekend is one major step toward smoothing tensions in the UVa community.“This is a place with a very deeply rooted, dark history, and without doing the work that we need to confront that and change current conditions, manifestations of that racist history will happen,” Cain said.

On Aug. 11, UVa is hosting a moment of silence during the noon chimes, followed by an extended ringing of the University Chapel bells. Anyone under the sound of the bells may participate. Also on Aug. 11, the Karsh Center for Law and Democracy and the UVa Jewish Studies Program is hosting “The Legacy of Charlottesville, A Fifth-Anniversary Conversation About Law and Democracy in America” on Zoom from 3 p.m. to 4 p.m.

Behind the Headlines: Investigating the Catholic Diocese of Buffalo

A person walks past the memorial to enslaved laborers on Tuesday on the grounds of the University of Virginia.

Names can be seen on the memorial to enslaved laborers on Tuesday on the grounds of the University of Virginia.

Students enjoy time on campus at the University of Virginia in Charlottesville.

Unite the Right protesters carry tiki torches to UVa Grounds on Aug. 11, 2017. The next day’s violence led to the death of Heather Heyer and several injuries to UVa students and other counter-protesters.