Four years after torch-wielding white supremacists marched on the University of Virginia and attacked counter-protesters, criminal charges largely have not materialized.

The images of the torch rally are familiar to many across the country: scores of white men clad in polo shirts, bearing torches, yelling anti-Semitic chants and marching up the Lawn before surrounding counter-protesters, UVa faculty and students in front of the statue of Thomas Jefferson on the street-facing side of the Rotunda.

Despite images of the Aug. 11, 2017, march being widely spread and the incident and the continued violence the next day at the Unite the Right rally being the basis of Joe Biden’s campaign for president, the torch rally has resulted in few criminal cases.

In 2018, two Aug. 11 rally participants — Robert “Azzmador” Ray and Will Zachary Smith — each were indicted on a charge of illegally using tear gas. However, neither man has been arrested and Ray remains a fugitive who has seemingly disappeared.

The only conviction to come out of the Aug. 11 rally belonged to prominent neo-Nazi Chris Cantwell, who was banned from Virginia for five years after pleading guilty in 2018 to assaulting two anti-racist protesters.

In the four years since that rally, various community members have called for criminal charges to be placed against the marchers under a state burning statute, but charges have not materialized.

The statute in question, Virginia Code Section 18.2-423.01 — a successor to a previous cross-burning law — makes it illegal to burn an object in a public place with the intent to intimidate or to make someone fear for their safety or life. The alleged crime could be treated as a felony or misdemeanor, the former of which having no statute of limitations in Virginia.

Jim Hingeley, the commonwealth’s attorney for Albemarle County, in which UVa Grounds fall, declined to comment on potential future prosecutions under this statute. However, the case remains open and has been under investigation by the UVa Police Department, which has jurisdiction over the area.

Anne Coughlin, a professor of criminal law and procedure at UVa, has long advocated for charges to be brought against the rally participants and organizers under the code section. After initially being cautious in advertising her search for students who had witnessed the march, Coughlin took her work public in April 2018 after Jason Kessler, the lead organizer of Unite the Right, returned to UVa Grounds and was subsequently banned.

That work has slowed in recent years, Coughlin said, and she has not been in contact with the local police departments or Hingeley about charges.

Earlier this year, Coughlin said she was reminded of that night during the Jan. 6 attempted insurrection of the U.S. Capitol by supporters of then-President Donald Trump and other far-right, politically disaffected people. The political movements that inspired that event were the same that led to the August 2017 rallies in Charlottesville, Coughlin said, and it seems likely some of the same people participated in both.

“I have found myself wondering if it would have made a difference if felony charges had been pursued against the torch burners; would we have sent a message that this type of activity will be prosecuted criminally?” Coughlin said. “Obviously, they weren't burning torches in the Capitol, but if the message that they could face criminal charges for this activity had been communicated earlier, would it have deterred people and kept them at home?”

There’s no way to know for sure, she said, and there is no guarantee that convictions would have resulted from charges.

“There’s a larger question about whether we should be prosecuting people at all, but we do: we're in the business of criminally prosecuting people,” she said. “What they did here was a crime and it certainly traumatized this community. They came, they did these horrible things and they left, leaving many of us feeling like they got away with it.”

Larry J. Sabato, a Lawn pavilion resident and director of the UVa Center for Politics, also said he sees some connection between the events of Aug. 11, 2017, and the insurrection, though not as direct.

Sabato, who was present on the night of the march and witnessed the attacks, said he remains in favor of prosecuting anyone who became violent.

“Thinking back, the animalistic behavior I witnessed then from the white militants appeared again in a more widespread and virulent form on January 6th three and a half years later,” he said. “Why should this surprise anyone? Some of the same sick hate groups were involved in both riots.”

However, pointing to Trump’s meritless election fraud claims and attempts to bully election and Department of Justice officials, Sabato said he believes the insurrection attempt would have happened regardless of the 2017 rallies.

“Nothing would have stopped Trump from trying to bring off a coup and grab power,” Sabato said. “That's what authoritarians like Trump do all around the world. And nothing all the Trump apologists and enablers can say will change this.”

Aside from the tear gas cases against Ray and Smith and two unidentified men implicated in a downtown garage attack against DeAndre Harris on Aug. 12, 2017, all of the criminal cases stemming from the August 2017 rallies that were brought have wrapped up.

What remains now are a few federal lawsuits targeting key organizers and participants of the rallies. The biggest of these cases, Sines v. Kessler, will go to trial in October and bears its namesake from the first named plaintiff, Elizabeth Sines, who was a UVa student at the time of the rallies and was among the first to see the torch-bearing marchers descend on Grounds.

Though these civil cases can be alternatives to criminal justice, Coughlin said they remain imperfect substitutes.

“The civil litigation is important and I, like many others, will be watching closely to see how it all unfolds, but it proceeds much more slowly than criminal prosecution,” she said. “I think it was a mistake that [criminal] cases weren’t brought, and I think that it would have made a difference to folks to see that the commonwealth took a position that this kind of criminal activity is not to be tolerated in our borders.” 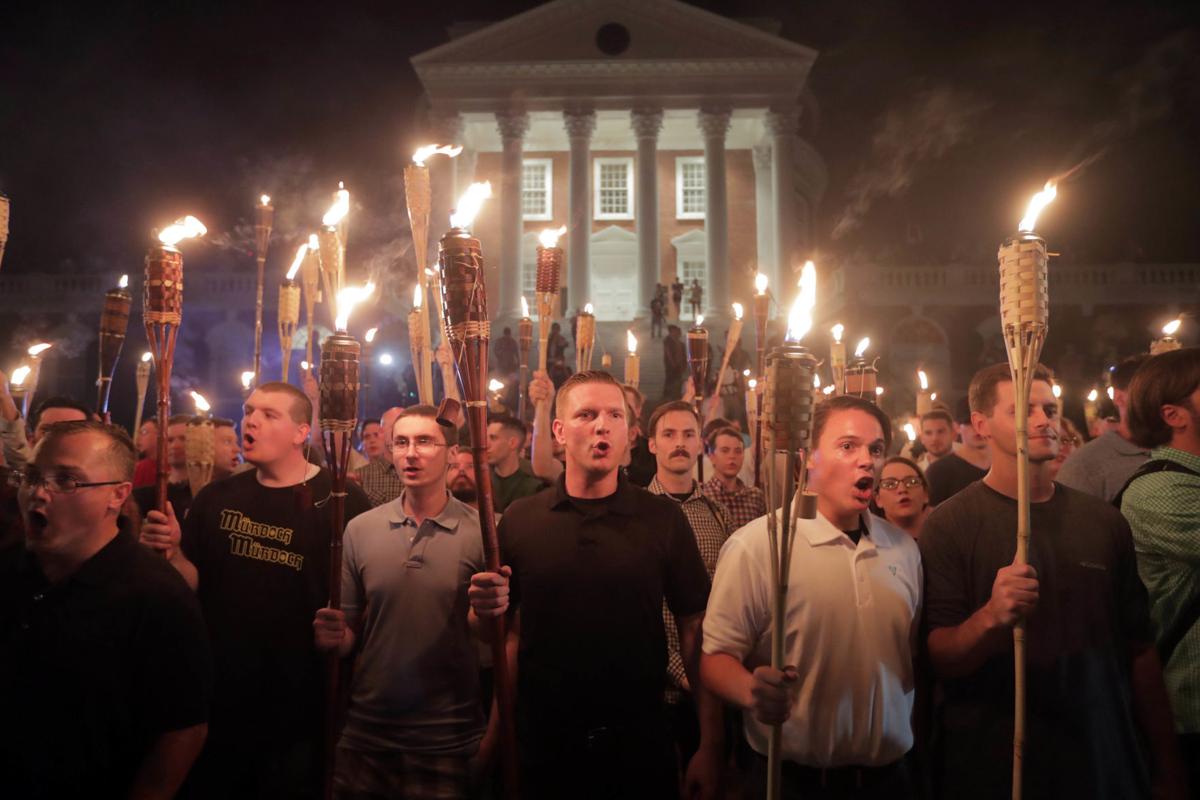 On Aug. 11, 2017, scores of white men clad in polo shirts, bearing torches and yelling anti-Semitic chants marched up the University of Virginia Lawn before surrounding counter-protesters and UVa faculty and students in front of the statue of Thomas Jefferson in front of the Rotunda. 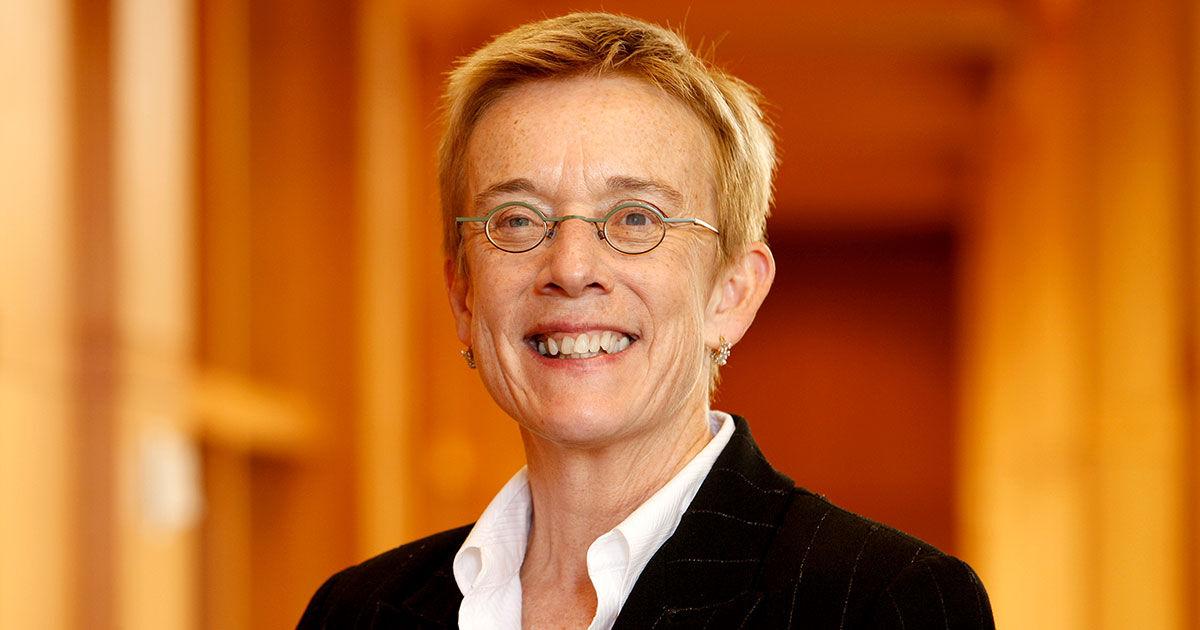