Please subscribe to keep reading. You can cancel at any time.
Already a subscriber?
Log in or Activate your account.
Loading&hellp
No thanks, return to homepage.
You have permission to edit this article.
Edit
News
Obituaries
Opinion
Sports
Entertainment
Print Edition
Our Publications
Buy & Sell
Customer Service
Public Notices
1 of 2 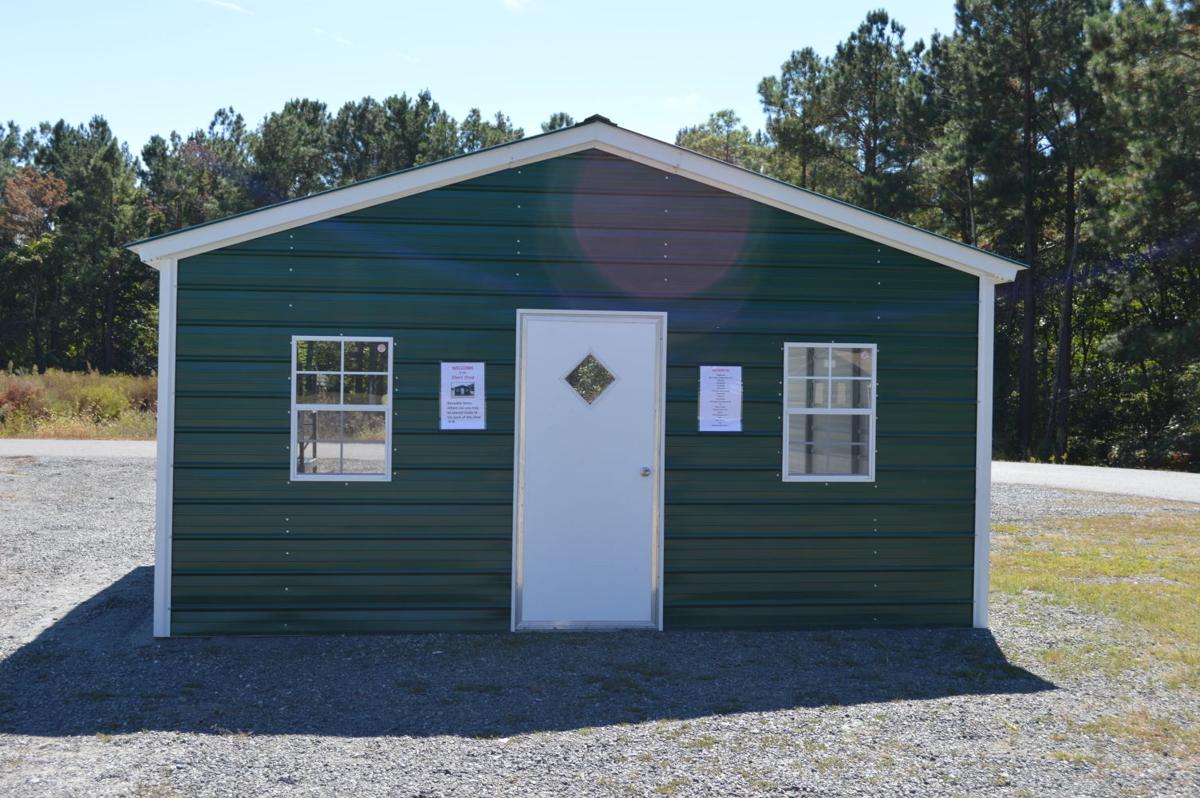 The new “Share “Shed” at the Madison County Transfer Station gives citizens an opportunity to drop off and pick up clean reusable items. “It’s a good place to put things that are just too good to throw away,” recycling committee member Thora Pullen said at the committee meeting last Monday. 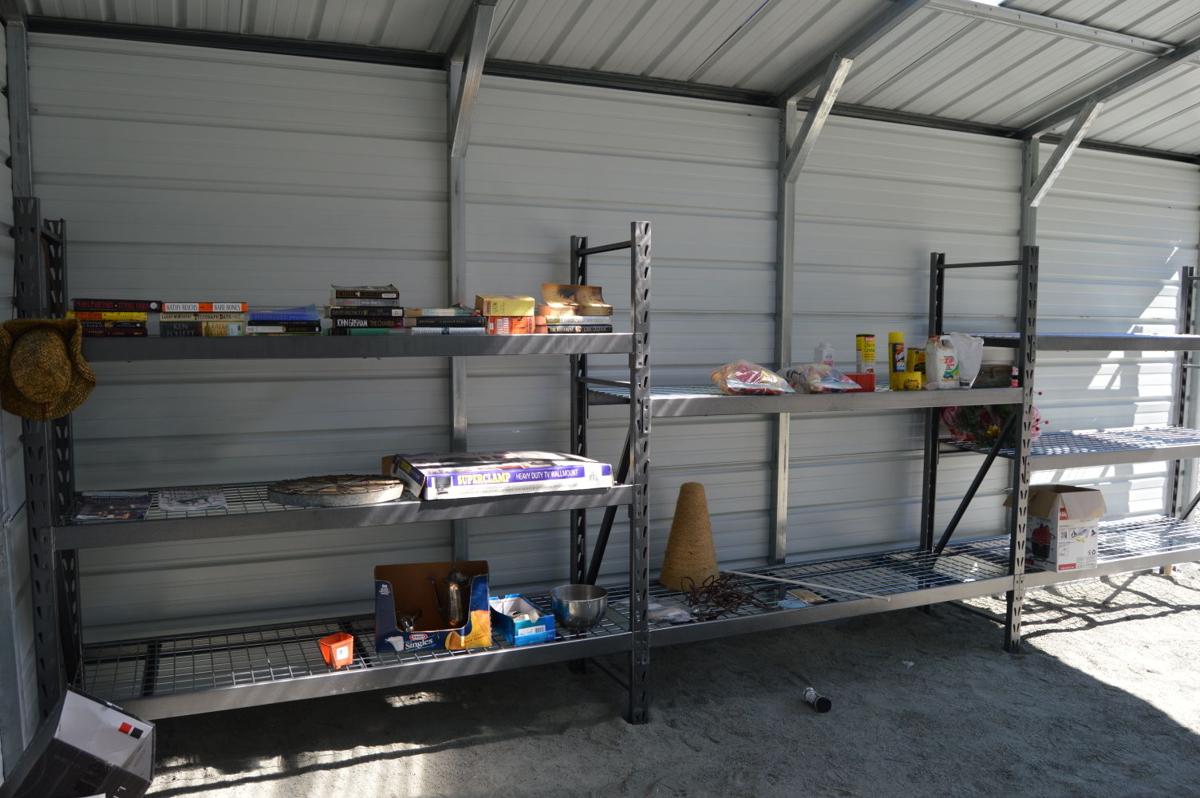 The Share Shed is now officially open and the shelves are slowly filling with books, planting pots and other useful items citizens are bringing out to share with their neighbors.

The new “Share “Shed” at the Madison County Transfer Station gives citizens an opportunity to drop off and pick up clean reusable items. “It’s a good place to put things that are just too good to throw away,” recycling committee member Thora Pullen said at the committee meeting last Monday.

The Share Shed is now officially open and the shelves are slowly filling with books, planting pots and other useful items citizens are bringing out to share with their neighbors.

Following the introduction of the new scaling procedures and new services such as the “Share Shed,” the Madison County Transfer Station continues to provide multiple ways for citizens to positively affect Madison County.

All new scale procedures went into effect July 1, which included a new traffic pattern, a vehicle hang-tag requirement and vehicle weigh-ins when entering or exiting depending on the loads being carried. Earlier this year, Madison County Administrator Ernie Hoch noted that prior to last fall, the weigh-in station was not effective in tracking weight changes.

“It was outdated,” he said. “And it also wasn’t hooked up to any computers.”

Hoch said with the upgrades, there are clearer traffic patterns including new signs and stoplights letting drivers know when and where to go. Also, the scale has been hooked up to a computer for more efficient and accurate tracking. The scale house and transfer station is currently staffed and operated by Waste Management (WM).

“Things are pretty steady out here,” she said, noting there was some initial citizen confusion and resistance to change when the new weigh-in procedures first went in to effect. “We appreciate when people are cooperative—it makes it easier for everyone.”

There was a steady flow of traffic through the weigh-in station Monday afternoon, as many residents stopped to show Richards their hang-tags, discuss their loads and reflect on the gorgeous autumn weather. She noted when citizens stop by to drop off their household trash, she encourages them to recycle if they aren’t already.

“It’s so easy now there really isn’t a reason not to,” she said.

Gene Essner of Brightwood has always been recycling, but finds the new facility convenient.

“I come at least once a week—sometimes more often during the summer to avoid the bugs getting into my trash,” Essner said. “It’s quite convenient, you just take everything and throw it into the trailer. I prefer this to having to sort everything into different recycling bins.”

However, while the transfer station promotes greener habits, primary heavy equipment operator for WM Matt Britton made a call for further education and awareness.

“I don’t think people are as educated about recycling as they should be,” he said, noting he sees plenty of unrecyclable items go through the transfer station every day—mistaken for recyclable items simply because they are plastic.

“We encourage people to ask us [what is acceptable] or look online to see what is recyclable. Just because it is plastic doesn’t mean we can accept it,” he said. He noted recycled plastic and glass is usually easily identifiable by the well-known triangular three-arrowed recycle sign with the numbers one through seven on the bottom of bottles and other items. However, what Britton said citizens might not know is that whole loads of recycled goods can be rejected and sent to a landfill if they are contaminated with unrecyclable goods. These trailer loads can weigh an average of 12 or 13 tons. Britton said he probably sends one of these trailer loads approximately every two weeks.

Please subscribe to keep reading. You can cancel at any time.
Already a subscriber?
Log in or Activate your account.
Loading&hellp
No thanks, return to homepage.

“Manassas [WM Transfer Station] can reject [a load] if it there is too much unrecyclable stuff in it and it will go straight to the landfill,” he said. “People need to look for those labels on glass and plastic.” Britton stressed it is a common misconception that Styrofoam can be recycled—it can’t and should be thrown away along with materials contaminated with food, motor oil containers and plastic candy and food wrappers, to name a few.

However, if citizens recycle often and correctly, Hoch said the transfer station saves the county money.

“We’ve been able to expand to single stream recycling,” he noted.

The transfer station also has appropriate drop of points for recycling things like refrigerators, scrap metal, tires, and yard waste and debris.

“I’ve had residents tell me that they didn’t used to recycle, but now they do because it’s so easy,” Hoch said.

He noted that the county saves $50 per ton of waste recycled.

Madison County residents are not charged for residential bagged trash. Other waste items such as appliances with freon (air conditioners and refrigerators for example), tires, wood and yard waste, furniture, etc., carry separate charges. Commercial and bulk trash are weighed and charged at $65 per ton. Madison County collected 531.6 tons of trash and $12,964.18 in revenue last month while sending out 23.7 tons of recycled materials to Amelia County. Hoch also noted increases in recycling and decreases in trash trends, despite the high volume of Madison County High School construction waste this summer.

The committee hosted a grand opening last Saturday at the transfer station, giving residents an opportunity to tour the shed, gather information and ask the committee questions.

“The [grand] opening was a pleasant experience with no negative remarks or incidents,” committee member Bonnie Dixon said, noting how nice she thought the shed looked.

The recycling committee said it hopes the Share Shed will offer an opportunity for residents to share clean and reusable items with their neighbors. Citizens are encouraged to visit the Share Shed during transfer station operation hours to browse, drop off or pick up items as needed or desired. There is a list of inappropriate items posted at the Share Shed and committee chair Dink Kreis said more signage is to come.

The Madison County Transfer Station is located next to the Animal Shelter on Shelby Road off of Route 29. The facility is open five days a week—8:30 a.m.- 5 p.m. Monday, Tuesday, Thursday and Friday, 8:30 a.m. – 4 p.m. Saturday and is closed Wednesday and Sunday. Due to high amounts of volume and traffic, citizens do not need to weigh in on the scale on Saturdays. For more information on the transfer station or how and what to recycle, visit http://www.madisonco.virginia.gov/transferstation.php or contact the Madison County Transfer Station.

The do's and don'ts of local recycling

Get the weather news you need in your inbox every morning! Sign up

Stay up-to-date on the latest local crime news with our weekly newsletter.