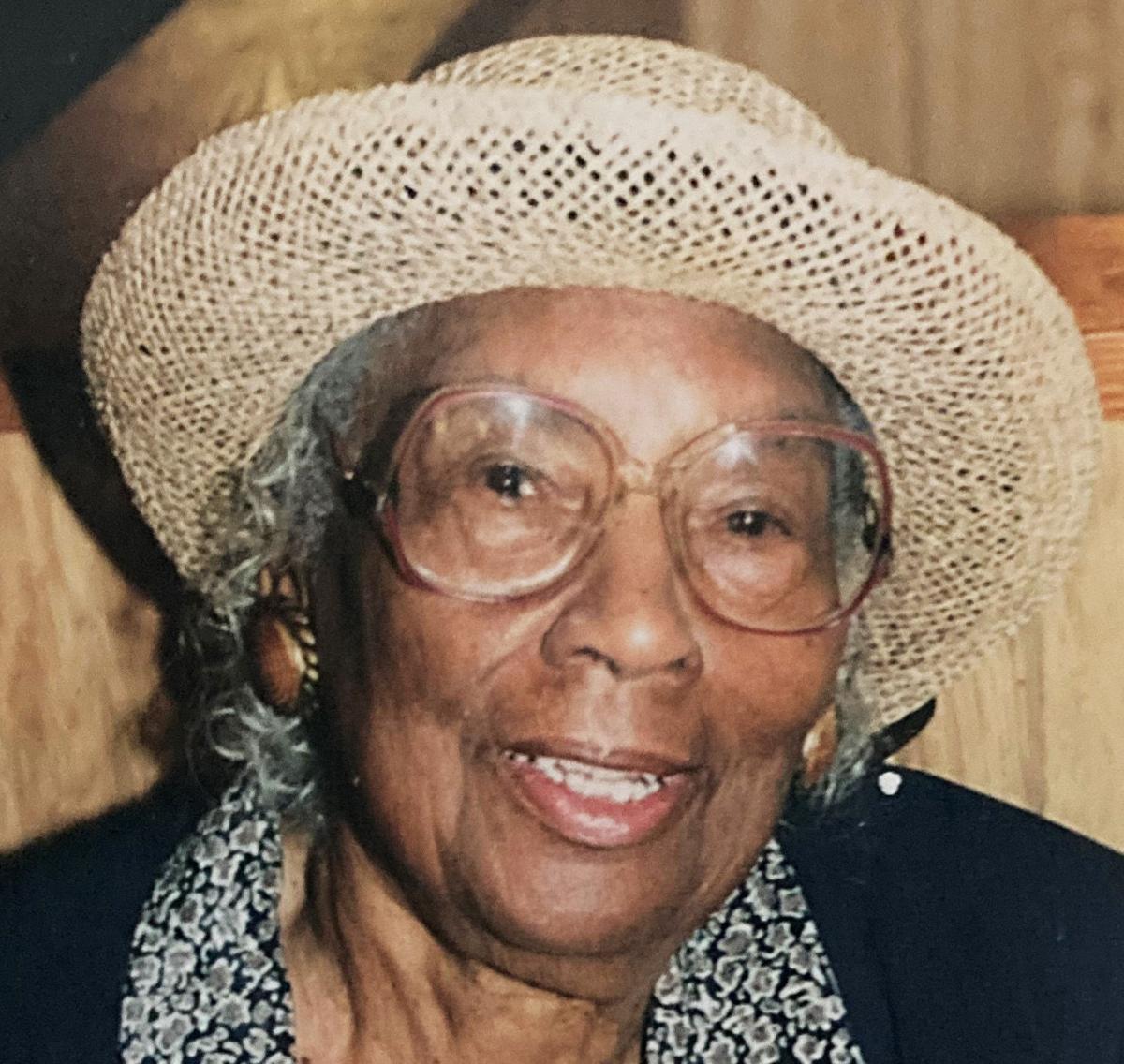 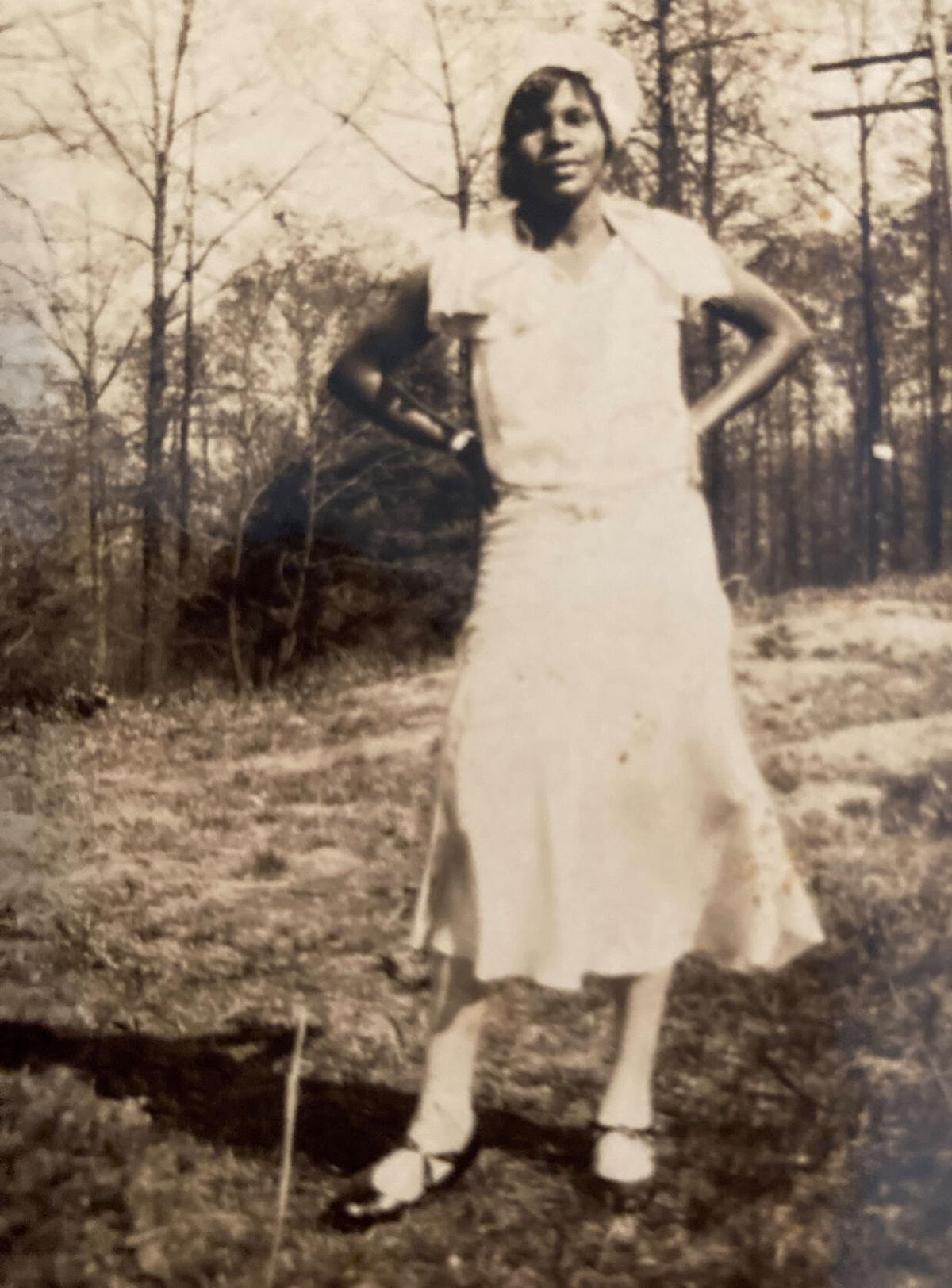 Ruth Dandridge as a teenager in Fredericksburg, circa 1927. 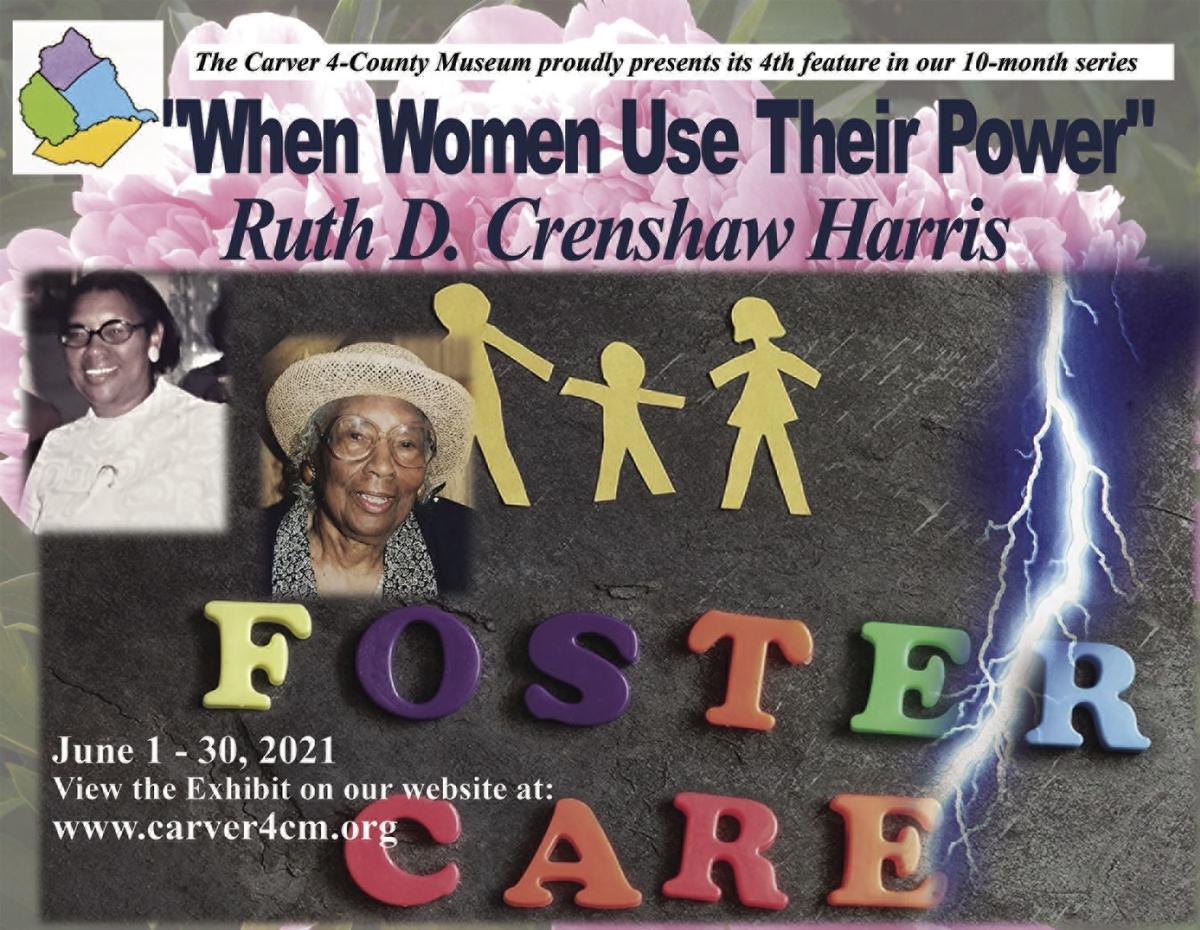 But through learning to proficiently use her left arm, and with a heart abundant through church to care for community, she raised more than 50 foster children as a wife and mother bringing up a family in Radiant in Madison County.

Her remarkable human story is the topic of a new virtual exhibit, “Woman of Faith & Action: Loving Mother to Many” at carver4cm.org. It is the fourth installment in curator Terry Miller’s multi-month curated show, “When Women Use Their Power.”

“How many arms does it take to raise a child? To hug a child? To love a child? To be loved?” is the theme Miller wove through the latest installment about Harris, born in 1910 the only child of a single mother. She was raised in the Charles Street household of her grandmother, Sallie Rollins, in downtown Fredericksburg.

Throughout the historic Black neighborhood were many relatives, most of whom were members of the old site of Shiloh Baptist Church on Sophia Street.

After losing her arm, the attractive young woman continued to rehabilitate herself, became a wife in 1938, relocated to Madison and, over the years, fostered dozens of children in partnership with DSS. They included two fatherless young men from New York she took in through the friend of an aunt and who went on to graduate from George Washington Carver High School in Rapidan.

“Two walnut trees were in the backyard; fruit trees lined the far backyard; you could smell the sweetness of honeysuckle on a warm afternoon. Wild blackberries were gathered for jam. The vegetable garden provided enough food for the entire household during the winter. It was time to continue to share her bounty,” according to the exhibit.

Where did Harris glean the ability to love other people’s children unconditionally?

“Perhaps from her not knowing her own father; by being raised by her grandmother because her mother was away working; not wanting other children to feel unwanted or that they were alone in this world,” Miller states in the virtual exhibit.

Each of the women in the Carver Museum Power series has vital lessons for contemporary times, said Dr. Hortense Hinton-Jackson, president of the Carver 4-County Museum and vice chairwoman of the History Committee for the George Washington Carver Regional High School Alumni Association.

“Mrs. Harris’ experiences are a reminder that life is less about what happens to you, and more about what you actually do with the life you have been given. Our country is in need of more loving, safe homes willing to care for children of all ages who suddenly find themselves alone or who need a change of environment to give themselves a better chance to succeed,” she said.

The roles of earnest faith and service to one’s church are too often discounted, Miller said.

“Mrs. Harris was rooted in an activist, progressive church in her youth. She took those lessons and her inner strength of character with her to Madison,” she said.

Harris continued to grow in faith and service as an active member of Locust Grove Baptist Church for 66 years and was an Eastern Star, part of Women’s Auxiliary of Wayland Blue Ridge Baptist Association, and a Madison Planning Commission member.

Among it all, and perhaps most importantly, Harris was full-time mother to children who needed nurturing, patient understanding, and unconditional love.

The Carver 4-County Museum is now open by appointment 10 a.m. to 5 p.m. Thursday through Saturday. Now on display at the museum, for the last time, is Miller’s exhibit on voting.

In August, in the lobby, will be an exhibit of the late Ruby Harrison Beck, part of the “When Women Use Their Power” series. A permanent installation will be place in late August of “Origins,” which opened in 2019 as the museum’s first.

Finally, in this time when voting rights are at risk, according to a museum release, is a traveling exhibit about the first Black women in Culpeper who registered to vote after passage of the 19th Amendment in 1920.

Want to schedule the traveling exhibit for a church or organization or schedule an appointment to visit the museum in person? Contact carver4cm@gmail.com.

Watch Now: How to plan for retirement

Watch Now: How to plan for retirement

Watch Now: How to keep your phone data safe from hackers

Watch Now: How to keep your phone data safe from hackers

How to avoid paint color mistakes in your home

Thinking about painting your home? Make sure you choose your colors carefully.

Pasta e fagioli is easy to make. This recipe scales down the work even more by recommending you use canned beans.

5 unusual headaches: Signs to watch for and what to do

Headaches come in lots of varieties, and some are easily recognizable. But some aren’t as well-known. Here are the causes and solutions for them.

The dish is filling, affordable, easy to make and can be frozen and saved for a weeknight.

Fall means more deer on the road: 4 ways time of day, month and year raise your risk of crashes

Avoiding hitting deer on the road is as much about when you drive as where. An animal behavior expert explains why.

Banana bread pudding is a delectable new way to use up slightly ripened bananas and day-old bread.

Serve these meatballs alone, with your favorite pasta or on a baguette with the tomato sauce spooned over them. This recipe can also be adapted to make meatloaf.

Ask the Expert: What pain management alternatives to opioids are available?

There are many non-opioid treatments available for pain, including prescription and over-the-counter medications, injections, physical therapy and pain psychology.

This recipe is low-effort and the end result is an elegant dinner you could be proud to serve any guest.

Ruth Dandridge as a teenager in Fredericksburg, circa 1927.