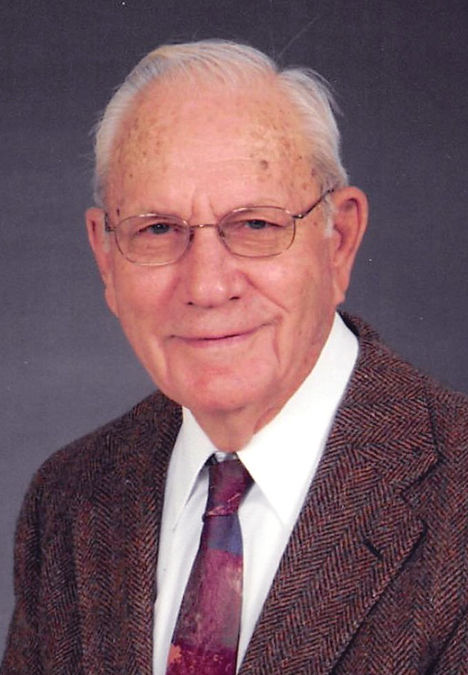 Arthur Allen Lamm Jr., of Ruckersville, Va., went home to be with his Lord on Wednesday, December 11, 2019, at age 91, in the home where he was born and lived his whole life. He was born September 27, 1928, the son of the late Arthur A. Lamm and Bessie Powell Lamm. He leaves behind his wife of 68 years, Ruby Friend Lamm; his daughter, Christine L. Wood and husband, Gary, of Free Union, Va.; his daughter, Grace McMillan and husband, Don, of Jupiter, Fla.; his son, John A. Lamm and wife, Brook, of Kimberly, Idaho; son, Paul R. Lamm and wife, Crystal, of Fluvanna, Va.; seven grandchildren; and six great-grandchildren. He was preceded in death by his siblings, Daisy Harlow, Sterling Lamm, Aubrey Lamb, Clara Haney, Jesse Lamb and Ruth Gilbert. Arthur served in the Marine Corps from 1948 to 1952. After his service he worked as a meat cutter from 1953 to 1964. In 1964 he began his 43 year career in the insurance business, where he made many lifelong friends. Arthur is a member of Bethel Baptist Church where services were conducted on Monday, December 16, 2019 with the Reverend Wendell Lamb and the Reverend David Conyers officiating. Interment followed in Holly Memorial Gardens. In lieu of flowers, the family requests contributions be made to Bethel Baptist Church, 5401 Watts Passage, Charlottesville, VA 22911, or to the Hospice of the Piedmont, 675 Peter Jefferson Parkway, Suite 300, Charlottesville, VA 22911, hopva.org. Condolences may be sent to the family at www.hillandwood.com.