Please subscribe to keep reading. You can cancel at any time.
Already a subscriber?
Log in or Activate your account.
Loading&hellp
No thanks, return to homepage.
You have permission to edit this article.
Edit
News
Obituaries
Opinion
Sports
Entertainment
Print Edition
Our Publications
Buy & Sell
Customer Service
Public Notices
1 of 3 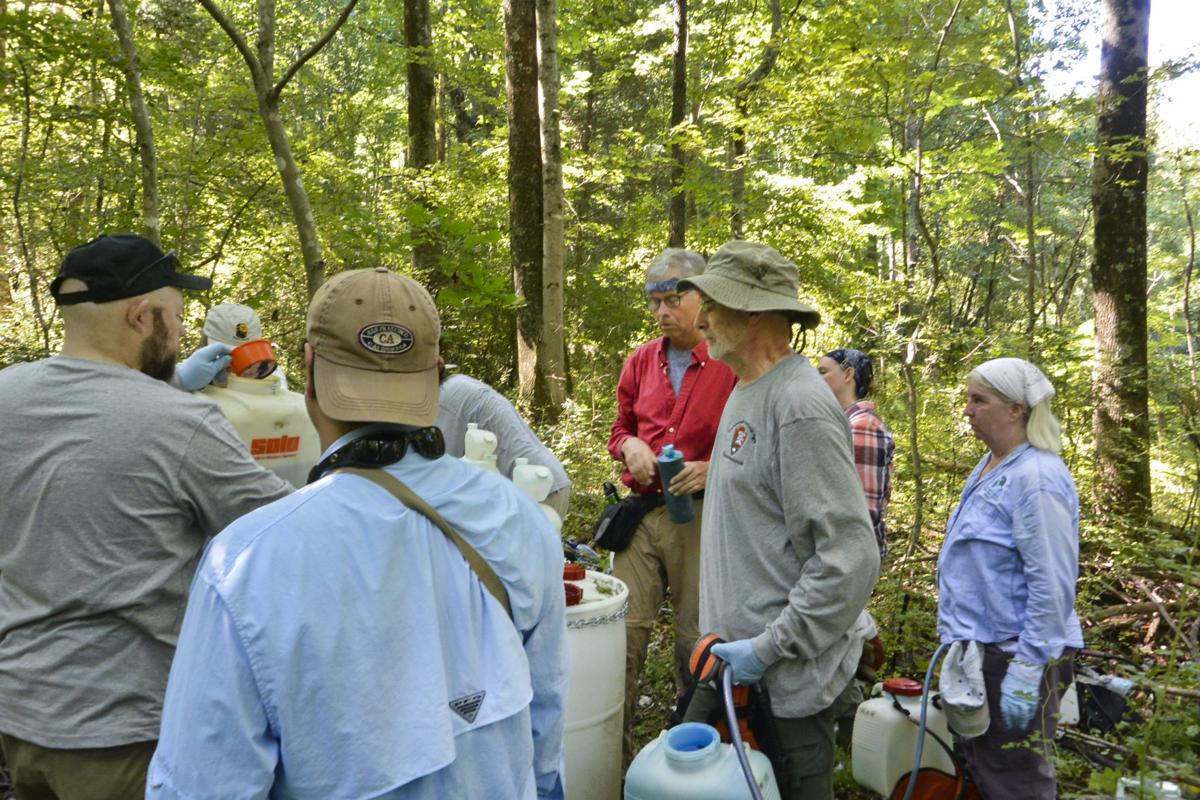 Jim Hurley (back center) of the Blue Ridge Partnership for Regional Invasive Species Management works with volunteers earlier this month to eradicate a patch of Wavyleaf basket grass inside Shenandoah National Park east of Elkins. Wavyleaf (pictured below) is a non-native perennial plant related to a native grass in the Caucasus Mountains in Russia. It’s spread to 15 counties in Virginia, including Greene and Madison and Albemarle. 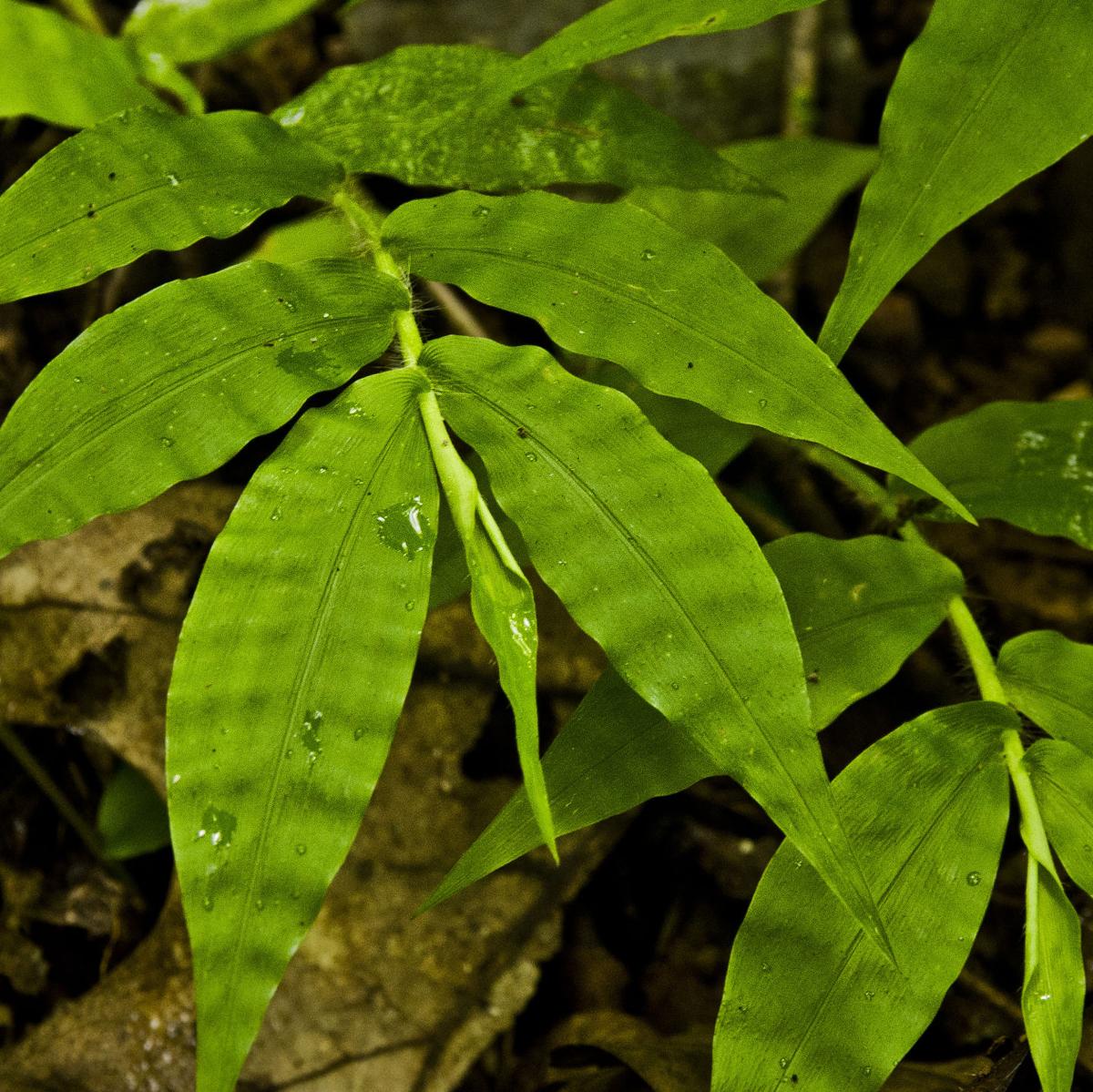 Closeup of wavyleaf grass. Notice the ripple effect across the leaves and the white hairs on the stems. 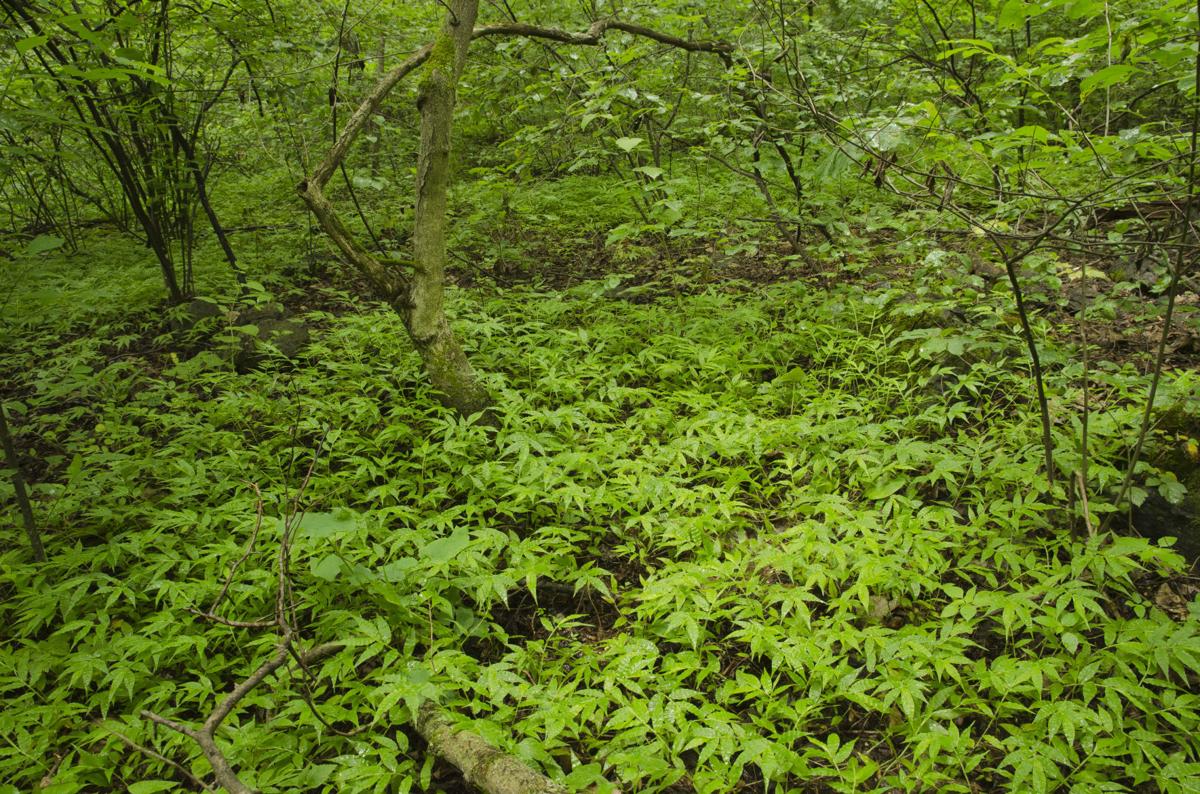 Jim Hurley (back center) of the Blue Ridge Partnership for Regional Invasive Species Management works with volunteers earlier this month to eradicate a patch of Wavyleaf basket grass inside Shenandoah National Park east of Elkins. Wavyleaf (pictured below) is a non-native perennial plant related to a native grass in the Caucasus Mountains in Russia. It’s spread to 15 counties in Virginia, including Greene and Madison and Albemarle.

Closeup of wavyleaf grass. Notice the ripple effect across the leaves and the white hairs on the stems.

The Blue Ridge Partnership for Regional Invasive Species Management are working in and around Greene County are hoping to win the competition between the local ecology and non-native plants.

But in addition to fighting the war against invasive plants, weeds and grasses, PRISM and other organizations such as Shenandoah National Park are having to fight for funding and find volunteers to help the cause.

That’s where Jim Hurley and Susan Austin Roth, who live on Snow Mountain in Greene County, come in. They have been coordinating efforts for volunteers to hand-pull and spray herbicide on wavyleaf grass in SNP just east of Elkton.

Wavyleaf grass, a non-native perennial plant related to a native grass in the Caucasus Mountains in Russia, is a shade-loving, invasive weed that threatens to ruin Virginia’s woodlands and forests, as well as home landscapes, according to Roth.

Volunteers recruited by Blue Ridge PRISM will work under the guidance of Hurley and Jake Hughes, SNP exotic plant manager, to hand-weed and deploy backpack sprayers to eradicate thick carpets of the ankle- to knee-high grass.

Roth said the treatment site is “ground zero” of wavyleaf’s presence in Virginia. It was first discovered in the park in 2005 and now covers several hundreds of acres there. It’s spread to 15 counties in Virginia, including Greene and Madison and Albemarle.

PRISM volunteers treated 4 acres in the park earlier this month, and are hoping to treat more than 10 acres the weekend of July 29 and 30. Crews worked the same area last year. They work in grueling conditions, including high heat and humidity and thorny shrubs in a forest setting that includes many other examples of destructive, non-native invasive plants. Those crews will be concentrating on wavyleaf grass, which is just one of “terrible 12” that PRISM is targeting.

Hurley and Roth are hoping to do as much damage to the plant before it sprouts. “The grass flowers in August and sets seeds in August into September,” Roth said. “They also have barbs, so they grab on and they glue on to an animal’s fur, hikers’ pants and boots, hunting dogs and hunters’ boots and then they dry and fall off. That can be miles away.

“It’s a perennial grass, so it doesn’t flower the first year it’s there but it creates colonies that get bigger and bigger and bigger,” she said. “The grass seed is on stalks … so that any animal walking through it is going to carry seeds over to the next location. We’ve found it on our property and we’re 5 miles away from the park as the bear travels.”

Hurley said wavyleaf has been found by Elkton Middle School and he suspects it’s in plenty of other places on this side of the Blue Ridge Mountains in Greene County. “For example, Mutton Hollow is between us and … the West Swift Run infestation,” he said. “Mutton Hollow is a huge drainage [area], it’s all open woods and there are bear. All they have to do is come up over the top of the ridge and down the other side from High Top and they’re in the Mutton Hollow drainage [area]. It’s likely it’s planted there.”

Please subscribe to keep reading. You can cancel at any time.
Already a subscriber?
Log in or Activate your account.
Loading&hellp
No thanks, return to homepage.

It is not too late to wipe out the invader and save the forests but time is of the essence, Roth said, adding that the weed spreads like a “metastatic cancer.”

“The really bad thing about the grass is that it grows in very deep shade. Most native plants on the forest floor don’t grow in deep shade,” she said. “It has the potential to spread out. It’s competing with the trees, it’s robbing them of moisture and nutrients, as well as being tall and dense enough to prevent germination of trees seeds and of the native plants, the ferns and the wildflowers that would nature be there.

“Some of the invasive plants, including the ‘Terrible 12’ and others, exude a toxin on their roots and those toxins are chemicals that prevent other plants from growing. So not only are they smothering, competing with [and] shading, they’re poisoning others,” Roth said. “Invasive plants come from other continents with maybe similar climates to ours, so they can flourish but they have no competition. Their normal predators, animals, insects [and] diseases aren’t here unless they happen to travel over with the. And our native insects and animals don’t recognize them as a food source so they don’t eat them. They just win the competition.

Hurley and Roth stressed that SNP’s invasive plant control work is underfunded and the park cannot eradicate the plant without volunteer help such as PRISM.

“The effort that group of amazing volunteers contributed in 2016 – on what as one of the hottest and most miserable days of the summer – suppressed one of the most extensive strands of wavyleaf in the park,” Hughes stated in a news release. “The results are really impressive. The dense carpets of mature wavyleaf were almost completely eliminated and only scattered seedling, which won’t produce seeds until 2018 at the earliest, remain.

“If we had funding for wavyleaf management, this work would have taken several days of crew time at a cost of well over $3,000,” he said. “The event PRISM spearheaded was easily one of the most productive and beneficial volunteer workdays I’ve had the pleasure of helping in my nearly 20 years of invasive plant management. I look forward to working with PRISM volunteers again this year to tackle more of this worrisome invasive weed.”

In December 2016, PRISM was awarded a substantial pool of funds to be administered over the course of three years through the Natural Resources Conservation Service/Environmental Quality Incentives Program, Roth said. The funds, which will significantly reimburse the cost of treating invasive plants on qualified properties, are available as grants to landowners in the PRISM’s 10-county area: Greene, Madison, Albemarle, Augusta, Clarke, Nelson, Page, Rappahannock, Rockingham and Warren.

PRISM is a volunteer-driven, nonprofit organization whose mission is to reduce the negative impact of non-native species in the Blue Ridge. For more information, visit www.blueridgeprism.org.

To inquire about volunteering at next week’s invasive species control project, email Hurley at jehurley@mindspring.com.

Test yourself with our Games & Puzzles page!

Satisfy your cravings. Get our Food & Drink newsletter in your inbox every week.