Thanks for reading! Log in to continue.
Enjoy more articles by logging in or creating a free account. No credit card required.
Log in Sign up Subscribe
You are the owner of this article.
Edit Article Add New Article
You have permission to edit this article.
Edit
News
Obituaries
Opinion
Sports
Entertainment
Print Edition
Our Publications
Buy & Sell
Customer Service
Public Notices
1 of 3 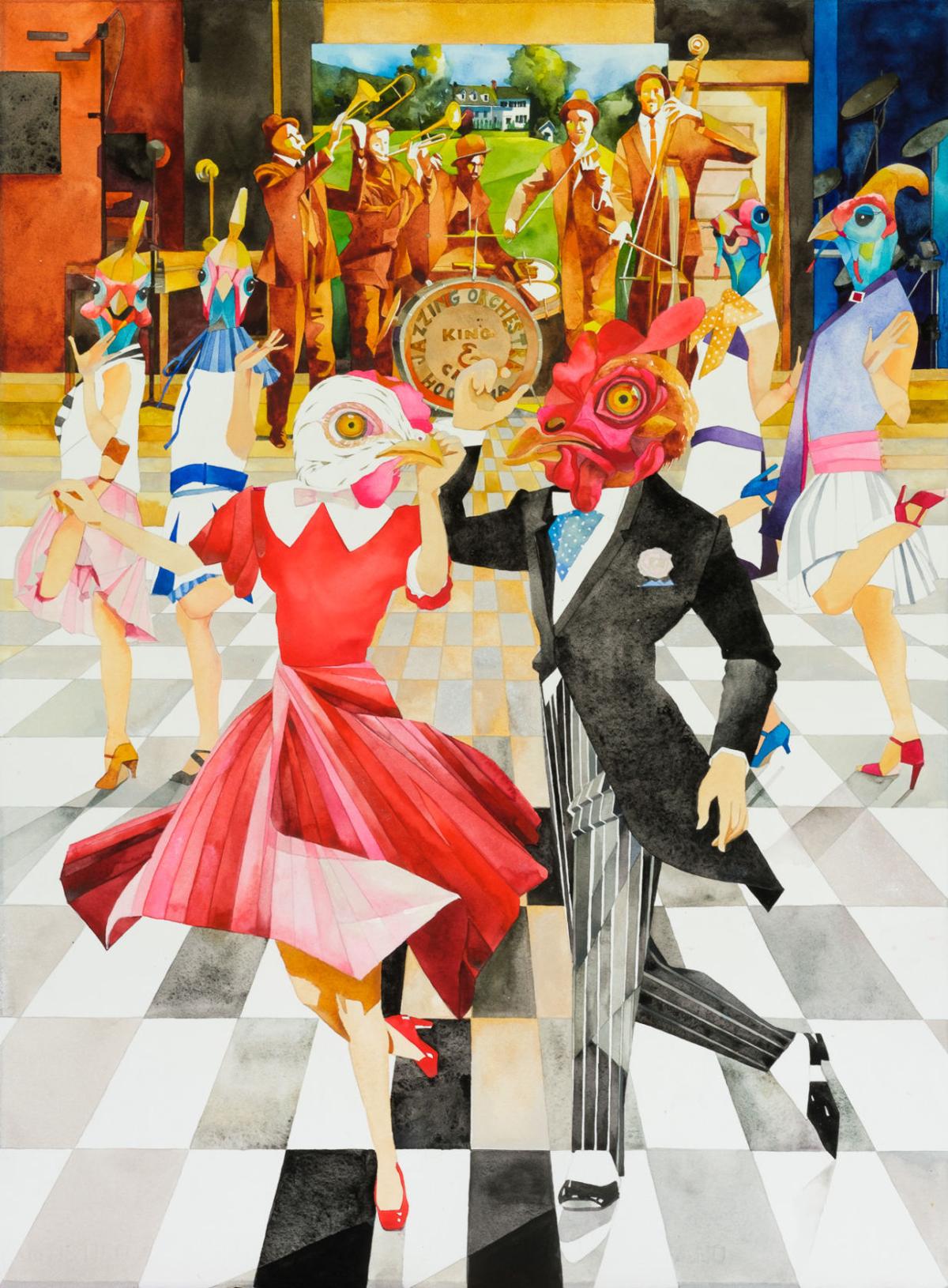 “Chicken Trot in the Time of Quarantine” 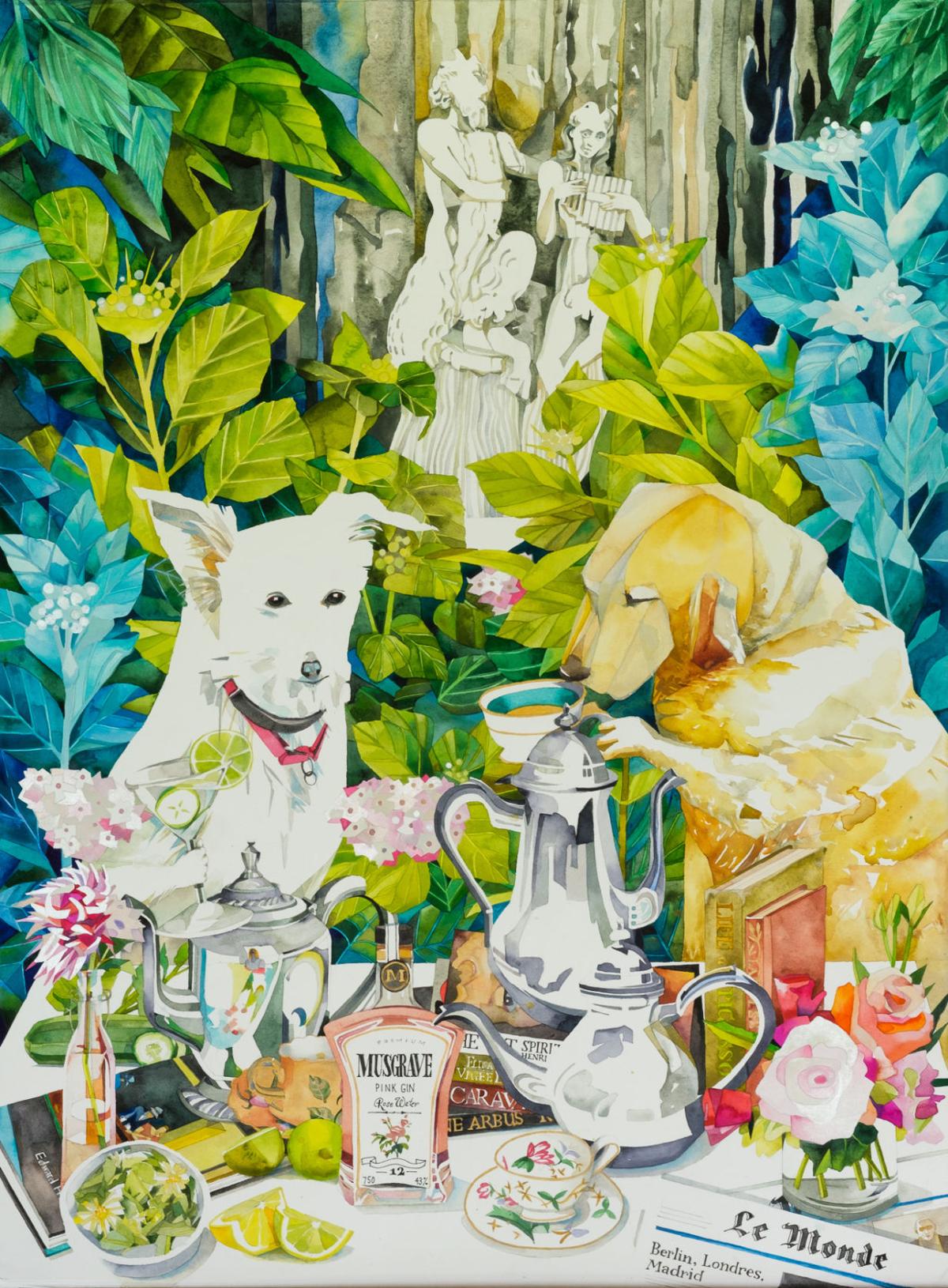 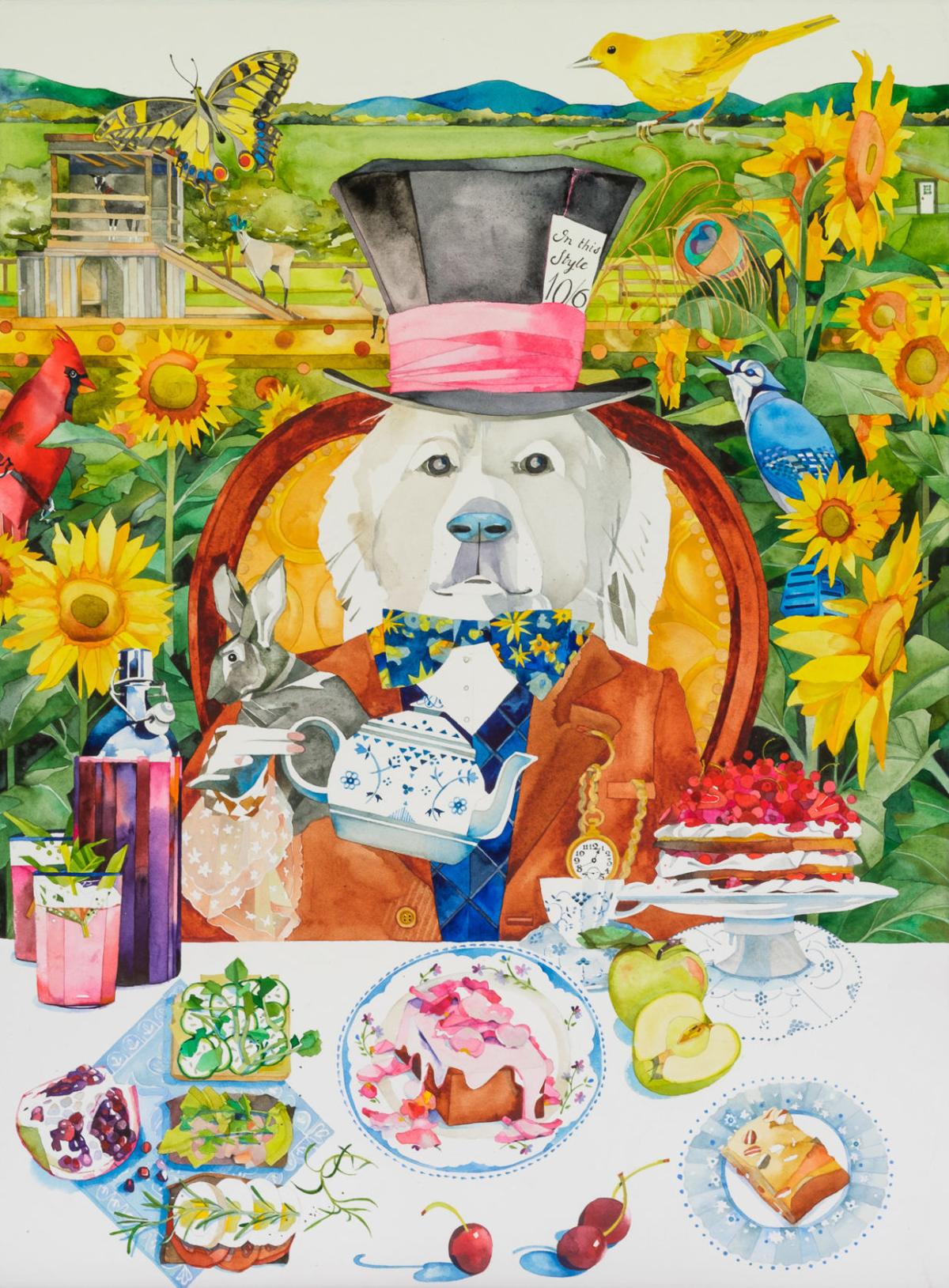 “Chicken Trot in the Time of Quarantine”

The coronavirus pandemic has offered artist Trish Crowe something she isn’t always afforded: the time to paint. Crowe is more than an artist; she’s the founder of the Firnew Farm Artist Circle, named for her farm; she is secretary of the Montpelier Foundation; she’s program director of the Central Virginia Watercolor Guild; and is a past president of the Blue Ridge Foothills Conservancy—to name a few.

“I’ve been painting like a crazy person and the reason of it is that I have a lot more time,” Crowe laughs. “I’m responsible for so many groups, which I love but it takes time.”

And with that extra time, Crowe began to paint with a bit of whimsy with her “Chicken Trot in the Time of Quarantine” piece, among others.

“We each have an opportunity to look deep within our hearts and our souls and our own personal experiences (to be creative),” she said. “It’s been interesting to go into that and realize I have a choice to paint that happy place and spiritual place that I really wanted. It was fun to keep posting (to Facebook) and realize there were people who were happy to see somebody being creative.”

Crowe spent time as an illustrator and graphic artist before moving to an old farm along the Conway River, just over the county line in Madison.

The house was in such bad shape that numerous architects said they wouldn’t touch it. The old milking parlor behind the house was worn down, as well. The milking parlor consists of concrete floors with two rooms on the main floor, as well as a small kitchenette and bathroom and an overhead loft space. Crowe said she lived there while work was done on the main house.

“My husband came up here and said, ‘There’s not another more beautiful piece of property, anywhere’,” Crowe said.

They’ve lived there for almost 20 years and it was nearly 18 years ago that she began Firnew Farm Artist Circle to give artists a place to create and support one another. Not having the usual Thursday meetups was difficult in the beginning of the pandemic crisis, though they began hosting virtual Facebook critiques. The group was offered the chance for weekly outdoor creative time on the grounds of Montpelier throughout the summer to afford social distancing opportunity.

“Artists don’t stop creating works and people have told me that what has happened at Firnew is the energy and love of each other fed their creation of new work,” she said. “Thursdays are about doing new work—even if what you do is come with a drawing and we talk about that. I think that’s really where my spirit is; it’s in the process. It’s not the product, I mean I love when I get something right, but that’s not really the part that I live in; I live in the process and thinking about it and coming up with new ideas.”

Crowe’s paintings are full of bold color and include city scenes to rural scenes.

Crowe uses pigments that are more than 100 years old. Pigments are created from different substances, such as minerals, and are usually pulverized and then suspended in a liquid vehicle—such as gum arabic—to become paint or ink.

“(Fellow artist) Janice Rosenberg’s father was a famous artist and I have all of his original pigment. So, I am grinding my own,” Crowe said. “That’s one of the reasons why the colors don’t look like anybody else’s.”

As a former graphic designer, Crowe notes her primary goal is always communication and she includes these messages in her paintings.

Two of her dogs are featured in “Pink Gin Tea Party” and she even painted a reflection of herself in the tea pot. “Sebastian’s Mad Hatter Tea Party” features the farm’s Great Pyrenees as the Mad Hatter from “Alice in Wonderland,” along with the goats on the farm and the door that hangs in the field at the farm.

“So, then when I got ready to do “Chicken Trot in the Time of Quarantine” I started off thinking I wanted to do cabaret, but the cabaret was really World War II and I just thought that was too dark,” she said. “That’s when I decided to do the Roaring 20s, but that was worrying, too. The more I kept researching I thought, no, this was the whole suffragette movement; this was when women cut their hair, decided they didn’t want to wear all these clothes. This was a time that they really let loose, and also the men have gone to war so they had jobs and in a way it was really fascinating; this is really an exuberant period of people taking ownership.”

One of the messages in that painting can be seen on the drum of the Jazz band playing in the background—noting the band’s name and the location it’s from: Hood, VA. Coincidently, that’s where Firnew Farm is located.

“As an artist or a writer there is nothing and then there’s something—it all comes out of the imagination. It really is the life of the mind and if you don’t do it, you go crazy,” Crowe said. “There’s a story to be told about what happens when people are sort of forced inward to really explore those dark places and historically artists have had to do that, but for me it was so fun to do all this whimsical work.”

Receive the latest news on our community in your inbox:

Get the latest Election 2020 news in your inbox daily: