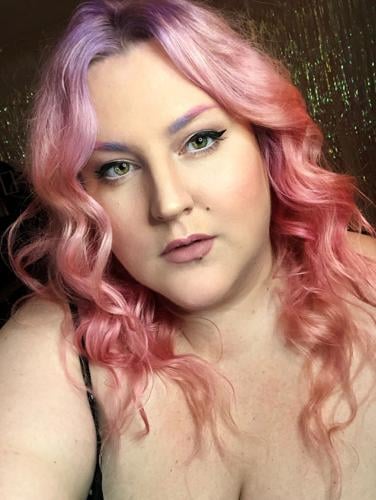 Tracy Cox plays Helen in “Fat Pig,” a new chamber opera that’s the first to present a romantic lead role specifically written for a plus-size woman. The soprano is playing the role of Helen. 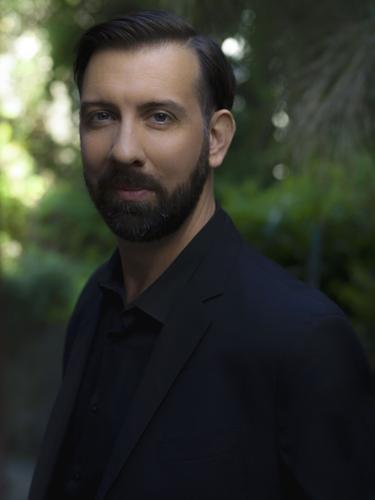 Composer Matt Boehler said the music in “Fat Pig” helps convey when the characters “are lying — and when they’re lying to themselves.” The orchestra can serve as a wordless character. 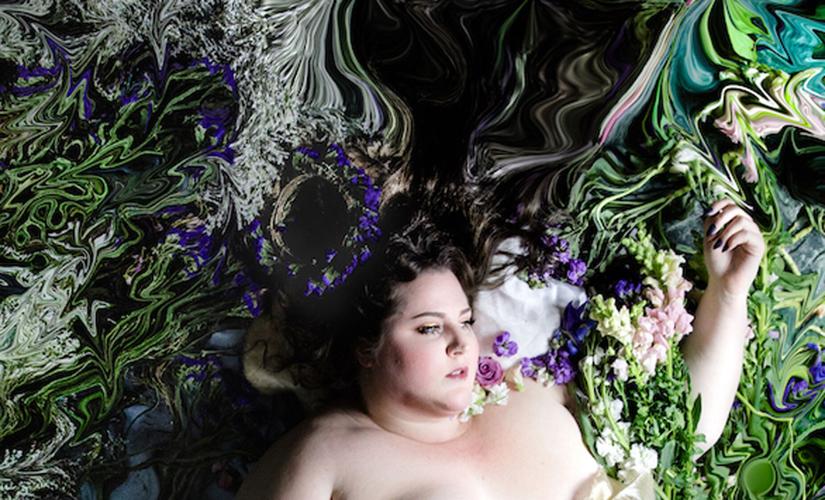 Soprano and fat activist Tracy Cox plays the role of Helen in “Fat Pig,” a new opera commissioned and performed by Victory Hall Opera. The first of two performances is set for Saturday.

A new production presented by Victory Hall Opera explores a contemporary story of boy meets fat girl, boy loves fat girl — and then boy’s fat-phobic co-workers and a lifetime of societal conditioning and prejudice weigh in.

“Fat Pig,” which will be performed at 8 p.m. Saturday and again Jan. 27 in the V. Earl Dickinson Building at Piedmont Virginia Community College, is based on Neil LaBute’s play. It features music by Matt Boehler and libretto by Miriam Gordon-Stewart, who also directs the production.

The cast includes Tracy Cox as Helen, Troy Cook as Tom, Will Ferguson as Carter and Sarah Wolfson as Jeannie. Together, they explore what happens when Tom, a man of "typical" body size, and Helen, a fat woman, pursue a relationship in spite of cutting comments and swirling self-doubts.

Forget the stereotype about an opera not being over until the fat lady sings. Without a fat performer as Helen, who is the heart of the piece, the opera cannot even begin.

“For this piece, it’s crucial,” said Cox, a prize-winning soprano and fat activist. “It has to be a fat singer. This piece cannot move forward without a fat singer.”

In addition to meeting the opera’s vocal demands, the singer who portrays Helen must be sure to practice emotional self-care — and needs a thick skin.

“There is a lot of violently fat-phobic language in this piece,” Cox said. Part of her job is “having a neutral body where you don’t tense up during this piece,” she said. “The work for me is how to release that and not take it with me out of rehearsal. It’s an honor for me, but it takes a physical and emotional toll on me.”

Cox said that although Helen’s size prompts rejection in many circles, the audience finds itself rooting for Helen as a romantic lead and gets invested in her hopes for true love.

“She’s a fat woman who’s just on the edge of acceptance, and she still has fat phobia that she’s trying to work through,” Cox said of her character. “The audience begins to feel protective of her.”

Cox said that opera is an excellent medium for exploring Helen’s story and prompting audience members to take a closer look at their own beliefs and behavior.

“It brings together many art forms in the presentation of a human story,” Cox said. “It’s always a human story that we’re trying to get across.”

Boehler, the composer of “Fat Pig,” said the music helps the audience keep track of the characters’ emotions.

“This is an opera that is full of really complex people, and music can provide a complex subtext beneath what people are saying,” Boehler said. The music can help audiences spot “when they’re lying — and when they’re lying to themselves. All of the characters, at some point, make some bad choices. Even Helen, who is the most self-aware character in this story, has her flaws.”

The music offers clues and directions to the performers as well, which Boehler, an accomplished bass, addresses with a been-there sense of perspective.

“Before I was a singer, before I was composing a lot, I was an actor,” Boehler said. “You didn’t want to get a lot of line readings from the director. As a composer, one of your jobs is giving [actors] some line readings.

“The challenge is to provide musical line readings that are straightforward, but not a straitjacket to the performers.”

There are moments when the orchestra can seem like a character that speaks without words. “Sometimes, the orchestra is the subconscious truth,” Boehler said.

“If it’s a great concept, and the music isn’t very good, it isn’t going anywhere,” Cox said. “He’s an incredible singer himself.”

Cox said the opera will send audience members home with plenty to think about.

“It is challenging. It presents a problem to the audience and does not solve it,” she said.

And there’s plenty of food for thought to go around. Cox points out that even though the opera world has made strides in casting for “racial fairness, what has not shifted is body justice,” and it never hurts to pay more attention to diversity in casting.

“If you’re only hiring a thin Black woman to sing, you still have a problem,” Cox said.

She values the opportunity to introduce audience members to Helen, and to encourage them to examine their own internalized attitudes and biases.

“It’s a very special project for me,” Cox said. “I knew right away that I wanted to be involved. I feel very honored.”

Boehler said the production can help audience members recognize “how pervasive fat phobia is in society. I’m hoping the audience will walk away with a greater sense of, ‘Wow. What have I said?’’’ But under all the discrimination and outright cruelty Helen faces, he said, the heart of “Fat Pig” is a human story — and, on multiple levels, a love story.

“Love is the most transformative force in the world,” Boehler said. “It is, at its heart, about love.”

Tickets are $40, $35 in advance; students pay $17 and $15, respectively. For tickets and information, go to victoryhallopera.org.

Tom Zimorski, who made a lasting impact on Central Virginia and Atlantic Coast Conference sports as an administrator and official, has died.

Virginia football team blown out by Duke in lackluster showing

To compare Virginia’s dreary effort Saturday night to the gloomy conditions – a steady mist and drizzle – that rolled through Wallace Wade Stadium wouldn’t be fair to the weather. The Cavaliers were more depressing.

Orange-Albemarle football game ruled a no contest by VHSL, will not be played

For Virginia, at least half of the total rain from Ian will come during Friday and Friday night.

Anna's Pizza #5 will spin its last pie in December

Police taped off the intersection and spent about three hours collecting evidence.

4 Social Security Changes We Should Learn About in October

These could all have a really big impact.

Tracy Cox plays Helen in “Fat Pig,” a new chamber opera that’s the first to present a romantic lead role specifically written for a plus-size woman. The soprano is playing the role of Helen.

Composer Matt Boehler said the music in “Fat Pig” helps convey when the characters “are lying — and when they’re lying to themselves.” The orchestra can serve as a wordless character.

Soprano and fat activist Tracy Cox plays the role of Helen in “Fat Pig,” a new opera commissioned and performed by Victory Hall Opera. The first of two performances is set for Saturday.