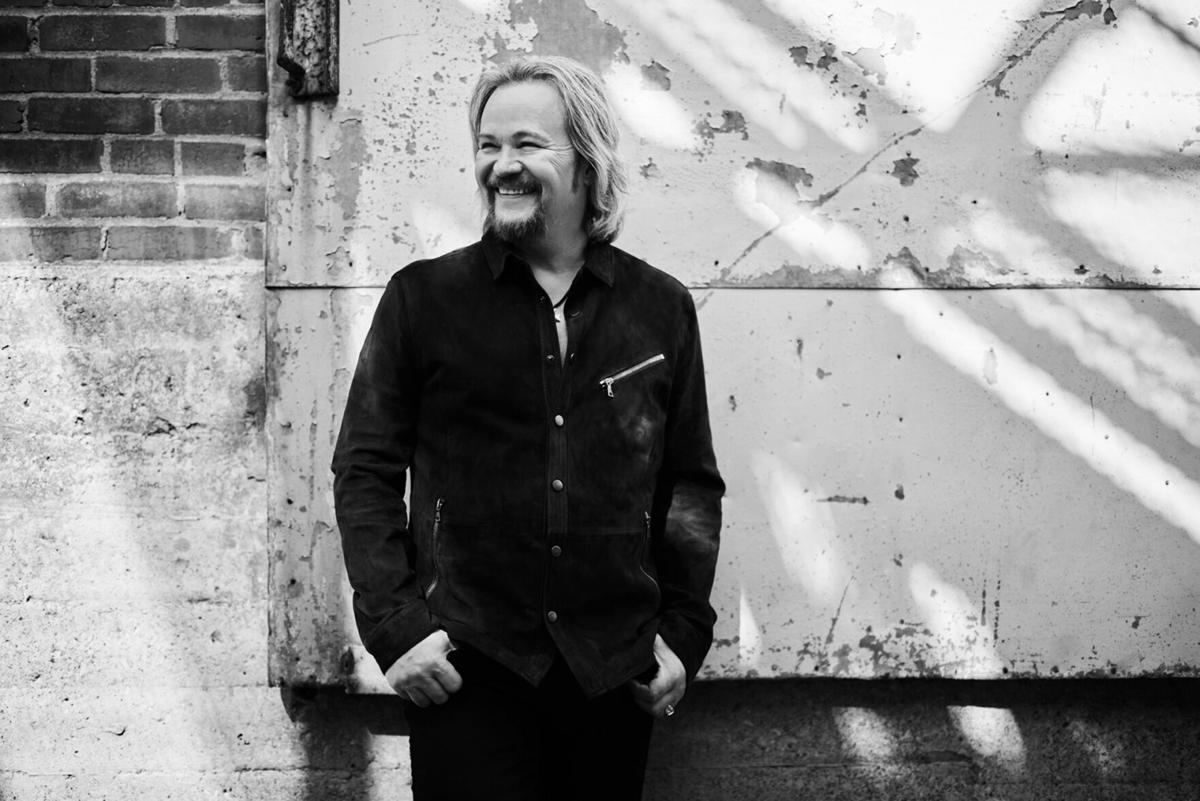 Travis Tritt returned to the studio to record “Set in Stone,” which comes out Friday, after a delay of more than a decade. “I was fortunate in that I’ve had a career [where] I can go out and do a 90-minute or 2-hour show that’s packed with nothing but hits,” Tritt explained. 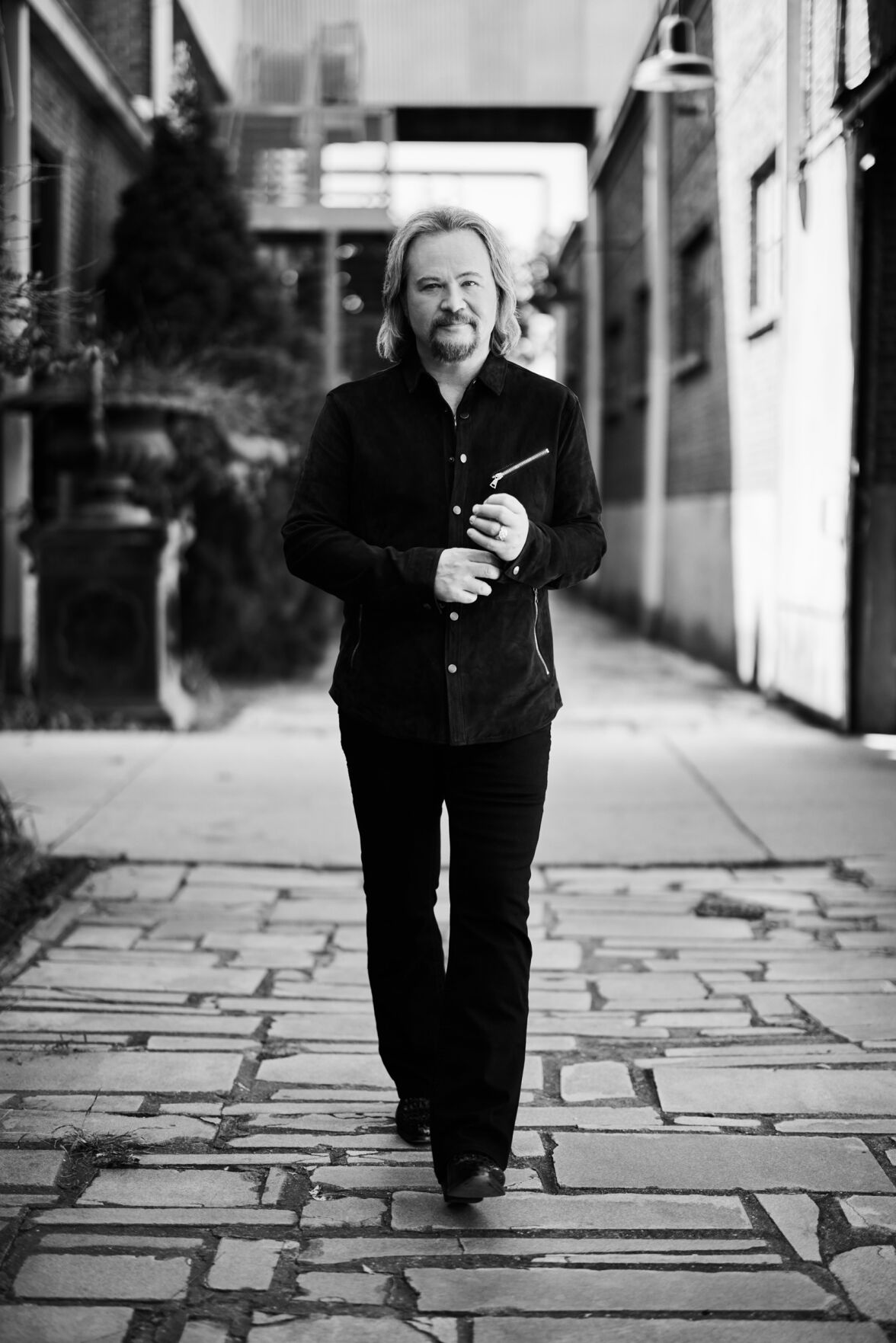 Travis Tritt and his family battled pandemic cabin fever by spending time outdoors on their 75-acre farm near Atlanta. “Country folk, we know how to deal with it. It’s almost like a ‘country boy can survive’ mentality. The outdoors has been extremely important for us, especially in this past year,” he said.

Justin Cober-Lake For The Daily Progress

Before working on new album “Set in Stone,” due out Friday, country star Travis Tritt hadn’t done a proper studio album in more than a decade. That doesn’t mean he hadn’t been busy, though.

“I made a conscious decision about 12 years ago that I wanted to focus primarily on just the live performances,” he said. “It was always very difficult for me in the early days to switch modes to go into writing mode and be laser focused on that and then have to switch modes from that to recording and then have to switch from that to going out and doing a live performance. It was difficult for me to make that transition. I wanted to focus on just doing the best live shows that we could possibly do.”

With seven platinum albums and dozens of hits, Tritt had the material to keep years of touring interesting.

“I was fortunate in that I’ve had a career [where] I can go out and do a 90-minute or 2-hour show that’s packed with nothing but hits,” Tritt explained. “I made that choice and had been following it. I’d been doing about 130 shows a year every year since then.”

Recently, the lure of the studio returned as a few opportunities coalesced irresistibly.

“I hired a new manager two years ago, and one of the first things he said was, ‘You’ve had a lot of great songs in your career, and that’s wonderful, but I know that you’ve got a lot of music left in you, and I think you should do that — not only to take care of your loyal fans, but also to draw in new fans.’ The more I started thinking about it, the more I thought he might be on to something.”

Tritt, however, had some concerns about getting back into the studio, considering how things have changed since he headed out on the road.

“When you take a 12- or 13-year hiatus from recording,” he said, “you start hearing about how all the things have changed in the studio: the way they record music, digital sampling going, a lot of other things in play that weren’t in play when I was recording. I had a little fear and trepidation about that.”

Fortunately, Tritt had a chance to work with a producer who was a perfect fit for him.

“When [my manager] mentioned that I might have the opportunity to work with Dave Cobb producing the album, that set my mind at ease,” Tritt said. “I already was a huge fan of the way that he does music and the way that his recordings sound. When we met in the early part of 2019, he started talking about how he records. He said, ‘I take a live band into the studio, and you’ll be playing with a live band, and I try to record everybody at the same time, and then I want to get as many as your live vocals as possible while we’re recording.’ That’s exactly the way I’ve always done it.”

“All of that together really felt like the right time, the right opportunities,” Tritt continued. “Dave hooked me up with a bunch of young songwriters that he particularly likes to work with. I had the opportunity to go in and start writing again. All the apprehensions, all of the fears that I had about going back in and doing it just fell away, and it came together extremely easily.”

He might be doing things the same way, but since he first came on the scene at the end of the 1980s, Tritt has seen country music go through a number of changes.

“I like some of the new country music, but one of the things that I really miss is the stories,” he said. “Traditionally, country music has told some of the greatest stories of any genre out there. In the past 10 or 15 years, it’s gotten more and more away from that, and it seems to be more about having a good beat and be uptempo and something that they can experience in a live setting that gets fired up and dancing the whole time. That’s all good, too, but life is not always upbeat and positive. … For country music to be what it’s always been, which is reflective of the people that are listening to it, every now and then you have to do something that just reaches out and touches people — grabs them by the heart and does not let go.”

To Tritt, it comes down to Harlan Howard’s idea that country music is “three chords and the truth,” a phrase that Tritt says “tells you everything you need to know.”

“Country music can change and probably should change with the times, but we need to keep a firm grasp on our roots,” he said. “I would like to see us move, change, use the different influences that you have nowadays, but with one hand keep a firm grasp on the roots and what brought us here in the first place.”

Thinking about the past influenced not just the recording, but also some of the content of “Set in Stone,” as on single “Smoke in a Bar.”

“It’s a song about nostalgia,” Tritt explained. “A lot of people nowadays that are extremely nostalgic. I’ve been hearing people talk about music from a point of nostalgia for the last 10 or 15 years. The music that I was fortunate enough to be a part of, of the ‘90s — ‘90s country was probably the most influential time for country music that had happened in a very long time. People say go back to that great sound and the stories of the ‘90s again in music.

“In the past year with the pandemic and the election, all the other things that we saw, I’ve heard a lot of people talk about nostalgia just from the standpoint of society. Wouldn’t it be great if we could go back to a point in time when people trusted each other a little more? Go to bed at night without worrying about locking their doors? As soon as I heard that song, it checked all the boxes for me. ... I know it’s not just me that feels that way. I know there’s a lot of people in this country and across the world that feel that exact same way. It would be nice if we could get through all this turmoil and upheaval and get to a point where everybody got along and everybody trusted each other and there was peace and harmony, instead of what we’re seeing.”

As the world fell into chaos over the past year, Tritt and his family took comfort in the outdoors, an idea he sings about on “Ghost Town Nation.” He saw all the normally busy cities look like ghost towns on the news as the city went into lockdown, but he was lucky enough to have some recourse to normal life.

“I live in a rural area outside the suburbs of Atlanta on a 75-acre farm,” he said. “When we were feeling cabin fever, we could go out in the woods, build a bonfire, and still go fishing in our lake. Get on the four-wheeler and ride through the trails. We could still go out and enjoy ourselves and have fun together as a family, even though the rest of the world seemed like it was locked down. Country folk, we know how to do deal with it. It’s almost like a ‘country boy can survive’ mentality. The outdoors has been extremely important for us, especially in this past year.”

As much as Tritt enjoyed making the new album, he’s looking forward now to the chance to get back on the road.

“The thing that I enjoy the most is getting out on stage and performing live music in front of a live audience,” he said. “It’s like a drug. Nothing replaces that experience.”

He knows his fans have been missing concerts — “the audience are jonesing” — and he’s glad that “things are looking up enough for us to return to the road.”

Concerts this year might not be set in stone, but for Tritt, they mark a way to anticipate the future even while enjoying the past.

"I write songs, first and foremost. Someone who doesn't speak English can get it," he said. "Just understand that, even if you don't relate to the lyrics, the song is to be enjoyed. I'm not trying to make you work for it. I don't ever want people to feel ostracized."

This year's theme is "The Year of the Festival Artist," and audience members can expect to see a combination of in-person events and a complementary online program.

Free concerts will be offered from 5:30 to 8:30 p.m. Fridays through Sept. 17. The performance venue has been rebranded to reflect a new five-year partnership with Ting Internet.

Wolfgang Van Halen's name is famous, but his music is his own

Music was always part of the Van Halen family. Jan, the patriarch, started on clarinet and saxophone in his native Netherlands. Eddie played drums and piano, winning competitions throughout his teens. He heard Cream and Jimmy Page and shifted his focus to guitar. Alex, the older brother by two years, played drums.

The Cville Band is getting ready for its centennial in 2022.

Whatever the case, the Los Angeles-based punk band of Asian and Latina teens had the internet fist-pumping and headbanging to one of their songs this week after a clip of their recent performance at the Los Angeles Public Library went viral.

Masked Wolf, "Astronaut in the Ocean"

Australian rapper Masked Wolf's recent Top 10 hit has been hanging around since 2019 but got a recent bump from TikTok, as its opening — which goes silent before Wolf's first line and a hard-hitting beat drop — make it perfect for the video platform. It's the rare song that peaks at the very beginning, which makes it ideal to cross-fade into mixes; you don't need to hear the whole thing to get the full effect.

Travis Tritt returned to the studio to record “Set in Stone,” which comes out Friday, after a delay of more than a decade. “I was fortunate in that I’ve had a career [where] I can go out and do a 90-minute or 2-hour show that’s packed with nothing but hits,” Tritt explained.

Travis Tritt and his family battled pandemic cabin fever by spending time outdoors on their 75-acre farm near Atlanta. “Country folk, we know how to deal with it. It’s almost like a ‘country boy can survive’ mentality. The outdoors has been extremely important for us, especially in this past year,” he said.