Fauci: US may see 'surge upon surge' of virus in weeks ahead

On new album, Jordan Reyes explores a day in the life of American music
0 comments
Share this
{{featured_button_text}}
1 of 2 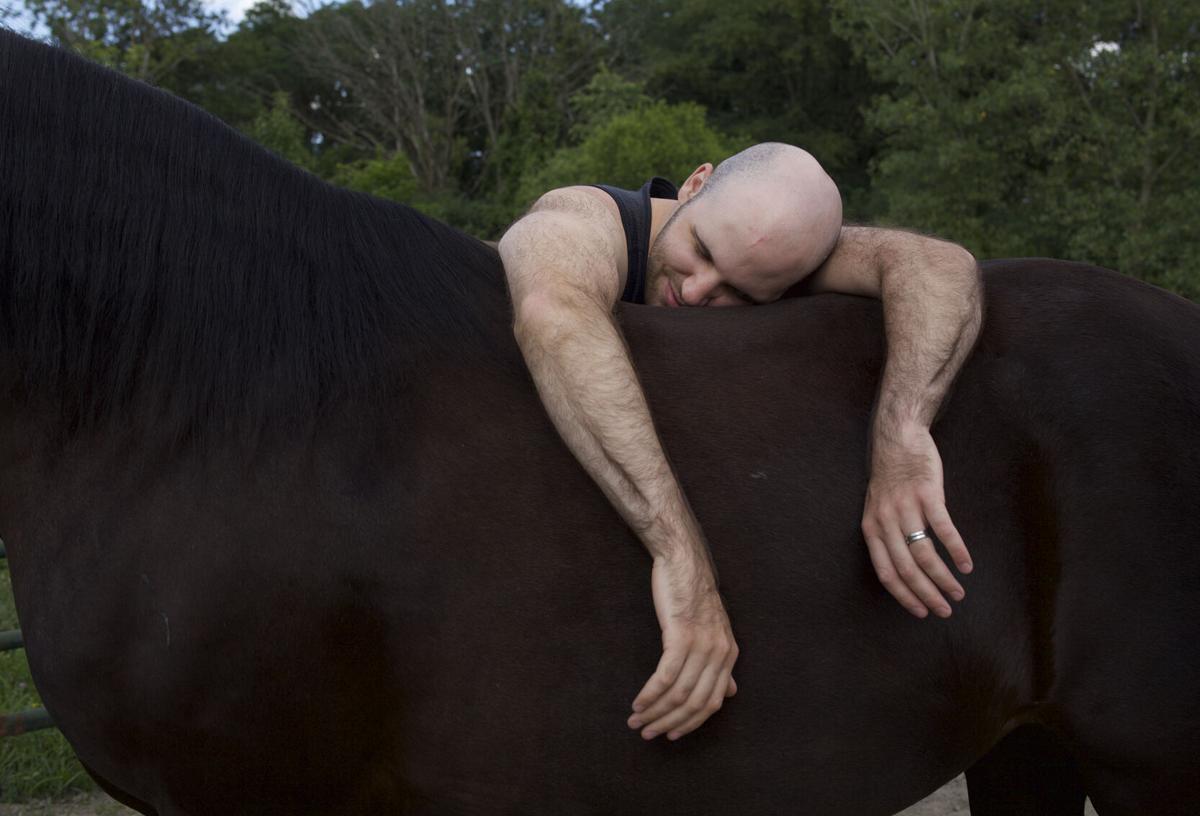 On "Sand Like Stardust," Jordan Reyes is drawing on his musical background to explore his past and his future. “I wanted to delve into this stuff,” he explained, taking a “very human-oriented understanding of who I am and why I'm making this music.” 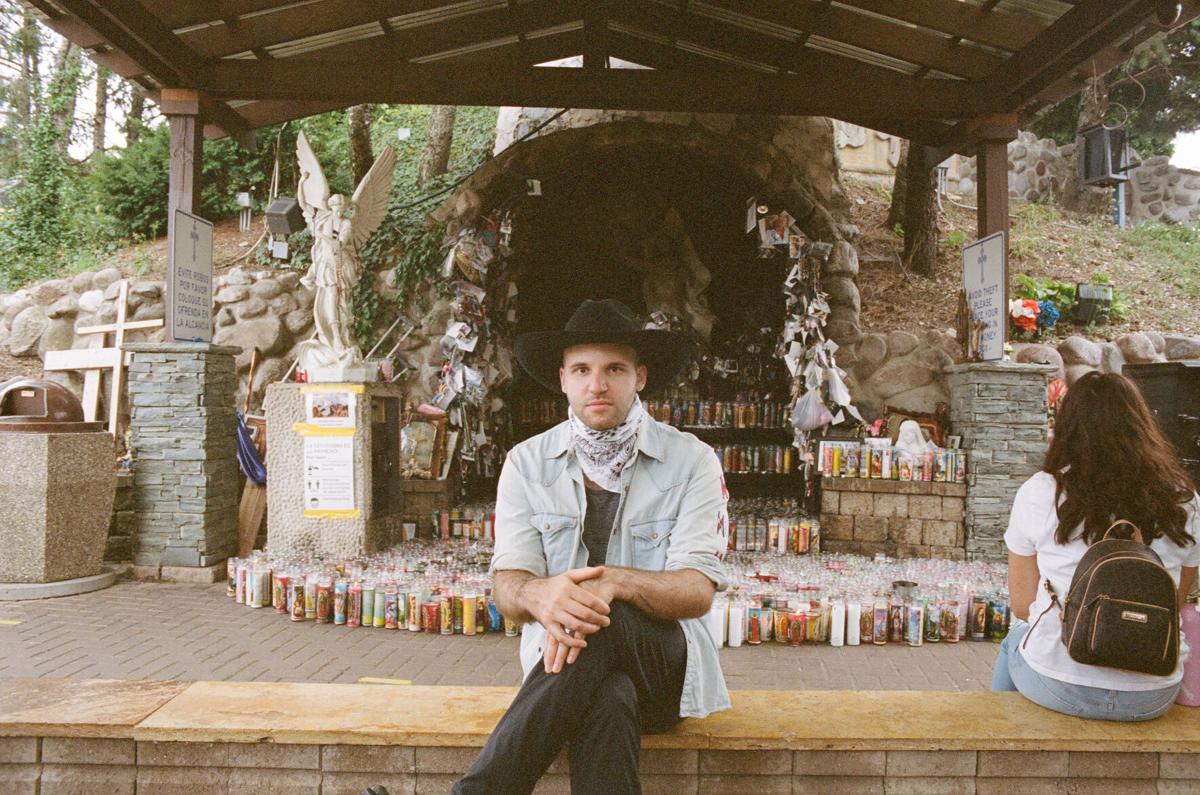 Jordan Reyes increased the challenge of his ambitious new album by structuring the songs to follow the course of a day, from pre-dawn to a reworked lullaby. He finds all kinds of connections among musical genres, especially between the folk and electronic.

“Before I even wrote any songs, I knew that I wanted to try and use the electronic and experimental lens to explore oral tradition and what Gram Parsons called ‘Cosmic American Music,’” multi-instrumentalist Jordan Reyes said of his new album, “Sand Like Stardust.”

He set himself up for an ambitious project with that concept alone, but he increased the challenge by structuring the songs to follow the course of a day, from pre-dawn to a reworked lullaby. In doing so, he connects dots between traditional music, the contemporary underground and even the American West. Creating this music involved connected to “what the old folkies were doing,” and seeing similar ideas in the electronic underground scene.

“When you really want to get insider knowledge, when you want to become in touch with people, to learn what they have to tell you, to hear their stories, to get the closest representation of it, it has to be done in person,” he said.

Reyes might be known for his work in the intense, often controversial band ONO, and he describes his previous album “Close” as “more clinical,” but he explained that he made his earliest art as a folk musician in his early 20s, performing with just acoustic guitar and voice. He’d been interested in that music and mythology for a long time, so this warmer album doesn’t come out of nowhere.

“I wanted to delve into this stuff,” he explained, taking a “very human-oriented understanding of who I am and why I’m making this music.”

He had begun by making “melodic music on modular synths,” long pieces that he had refined over several tours, but they weren’t exactly what he wanted when he went to record them. Then he considered the lap steel guitar he had bought not long ago.

“Maybe I can put this lap on top the synthesizer and make this direct nod to country music,” he said. “Once I got that instrumentation down, I began expanding more and more, and completely did away with modular synth. I want this to be more and more human. I want less automation happening.”

Reyes brought in a trombone (an instrument he hadn’t played since he was a teenager) and a Moog Sub 37 keyboard, building out rich tones. From there, he could match the narrative arc of day to night with a sense of “how music is made,” starting with just his voice on the opening number and building from there.

Closing with the lullaby (a take on “Mockingbird” performed as “Centaurus”), Reyes could bring in the idea of functional music sprung from “collective knowledge.”

“It’s a very functional song,” he said. “You don’t sing a lullaby if you’re trying to impress a girl or something.”

The album comes loaded with heavy theoretical work, and yet it plays as a gorgeous piece. Reyes thinks about oral tradition from Appalachia, and works through “how things are construed linguistically,” and then sets these country and western pieces in the Southwest. He can envision “Colorado where it starts stretching into Utah,” and he speaks of that natural area as “totally revitalizing.”

That sounds anything but natural coming from a member of ONO, but Reyes explains that on the road, that band mostly listens to gospel blues, and the more that Reyes talks about his creative process, the more it becomes clear how much this new album already stands as a quintessential work.

“I wanted to use more of my capacity as a human being, using other parts of my body even, to make music that sounded more organic,” Reyes said, adding, “I basically learned how to produce on this record.”

If “Sand Like Stardust” marks an expansive achievement for Reyes, it might mirror the way he seeks greater depth in his personal life as well. He’s found challenges in his “interesting religious upbringing” in a Catholic and Presbyterian background, but sees that “his love of language, stories and words is straight from having to read the Bible, recite scripture, interpret it.” He still says that “anyone who has this hostile picture [of Christ] would be surprised if they read the gospel,” noting its egalitarian concerns.

While he’s worked on “understanding my place in the cosmos and grappling with the ineffable,” he’s found encouragement through Zen practices and teachings, noting that “it’s democratic — you can be a Christian or Jewish at the same time.”

“Zen does it for me in a way that I don’t have any cognitive dissonance,” he said. “Thinking about consciousness and materiality through a Zen lens is a lot less scary than some of the Western thinkers made it.”

Those sorts of issues intensified for Reyes this summer and fall as he “began to obsess and feel dreadful regarding my life, death, cessation of consciousness,” sinking into depression.

“You become encumbered by grief as you get older,” he said. “I was so negative. I just couldn’t see a way out.”

He’s hesitant to say he’s “a fully materialist person,” and he thought about questions like “What is spiritual?” and “What is the spirit of a person?” Finally, his general practitioner helped him reorient himself by returning to good practices: making music, biking, meditation and mindfulness. Reyes began to see the connectedness of the world (using our place in the carbon cycle as an example), helping him reframe some of his negative thoughts.

“The way we’re connected, it’s so beautiful,” he said. “It makes me feel a lot less hopeless and alone. There’s a really beautiful give and take going on everywhere. It’s hard to see in our lifetime, but if you pay really close attention...”

These ideas have become fundamental to how he creates and how he works, even as he does the daily work of running his label, American Dreams.

Reyes also noted one other element that’s been important to his growth: his nearly seven years of sobriety. After he “quit partying” on Jan. 3, 2014, he “realized how diminished” he was when he was altered. He felt bothered by not living at his full potential and discovered he could read faster, lose weight and feel happier.

“Once you have that experience — it feels like I have a superpower now, and I don’t want to lose it,” he said.

Holidaze: Local holiday events thrive in spite of the pandemic

The Paramount Theater offers screenings of "Miracle on 34th Street" and "Elf."

And the Grammy nomination goes to ... Megan? Harry? Weeknd?

Here’s a look at what to expect when The Recording Academy announces the 2021 nominees Tuesday.

Choral groups struggle to find their voices in the pandemic

If talking to a loved one over Zoom doesn't feel quite the same as sharing a sofa or a coffee in person, it's partly because — get ready for some science — you're not feeling the same vibrations.

LOS ANGELES — Bobby Brown Jr., the son of singer Bobby Brown, was found dead at a Los Angeles home Wednesday. He was 28.

'A better time than any': Finding joy in music lessons, jams

These weren’t the piano lessons of my youth. Quite the opposite.

On "Sand Like Stardust," Jordan Reyes is drawing on his musical background to explore his past and his future. “I wanted to delve into this stuff,” he explained, taking a “very human-oriented understanding of who I am and why I'm making this music.”

Jordan Reyes increased the challenge of his ambitious new album by structuring the songs to follow the course of a day, from pre-dawn to a reworked lullaby. He finds all kinds of connections among musical genres, especially between the folk and electronic.