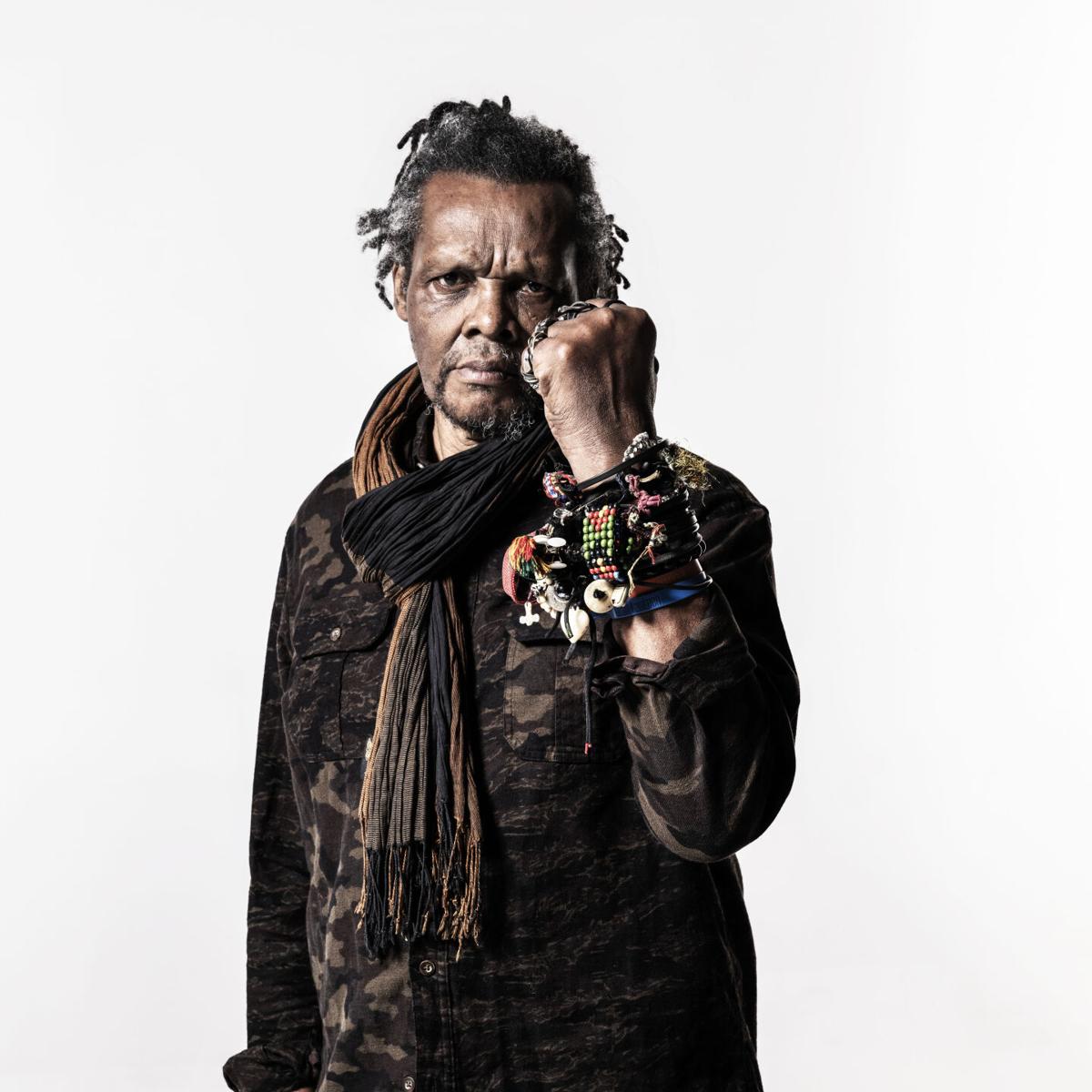 Beginning in the 1980s, Lonnie Holley’s sculptures and woodcuts have been either shown at or acquired by the American Folk Art Museum, MASS MoCA and the de Young Museum. 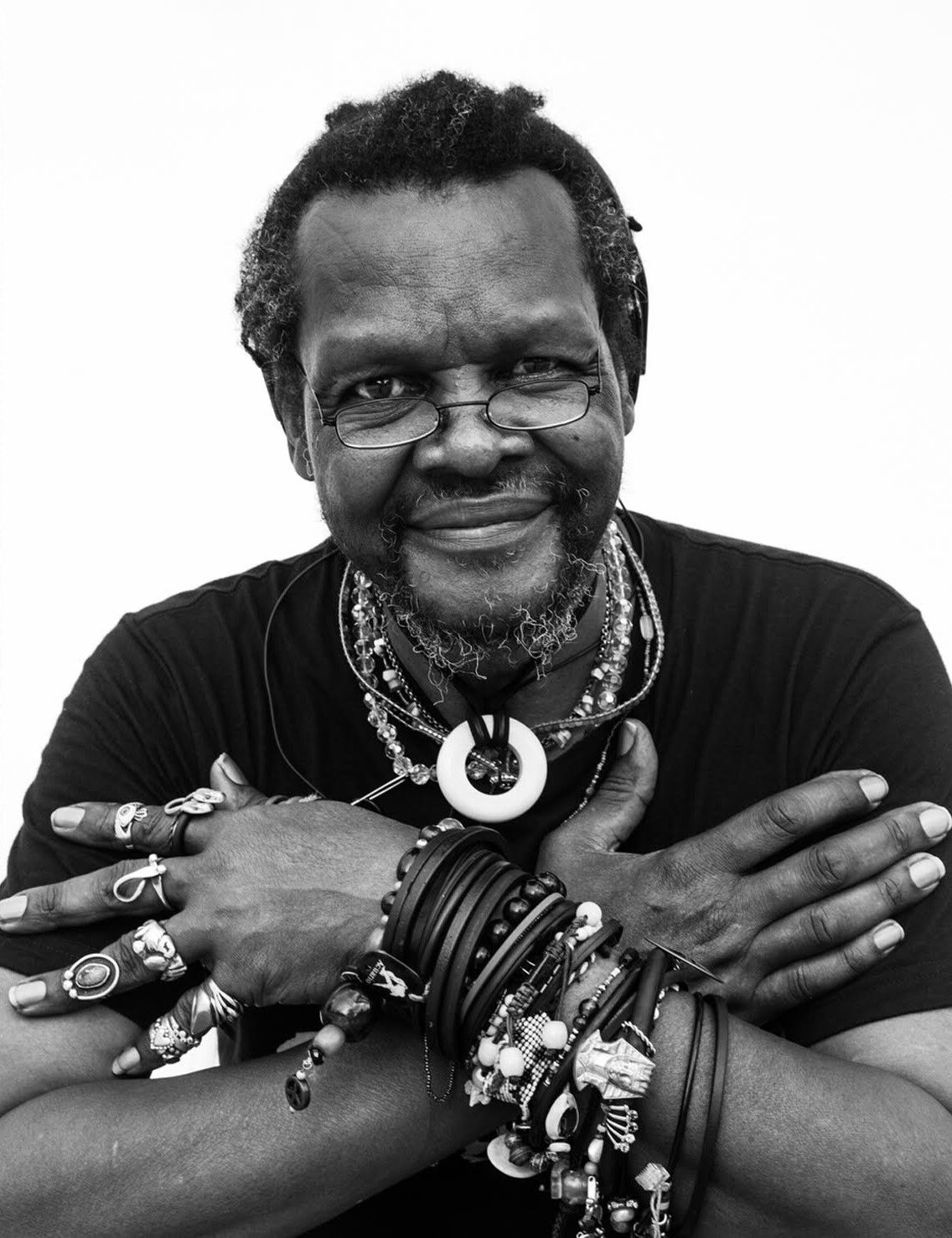 it wasn’t until 2012 that Lonnie Holley released the first of five studio recordings, including a pair of dispatches on the Jagjaguwar imprint, which was founded in Charlottesville during the mid-’90s by Darius Van Arman.

If “Broken Mirror, A Selfie Reflection” — the collaborative effort between Richmond-based impresario Matthew E. White and multidisciplinary artist and musician Lonnie Holley — successfully encompasses a singular moment in a shattered America, it does so because of its historical perspective.

White’s best known as the head of Spacebomb Recordings and tied to a pop-adjacent landscape, but connected with Holley during a performance in the capital city. And while Holley, whose musical output is somewhat less abstract than his visual works, has found success in all of his artistic endeavors, he’s still generally appraised as a creative force firmly planted outside the mainstream.

The 71-year-old’s experiences growing up in Alabama, though, increasingly are finding analogs in the broader culture.

“It’s still about, can you survive? Are we like the ants, or are we better than the ants? My grandmama called me a king bee, because I stayed busy all the time. But am I not like that bee?” Holley asked. “How do we put our humans in perspective? I want to show them motivation. I want to show them [that I’ve gone] from that landfill to some of the greatest places on earth … .”

It wasn’t a precipitous rise — Holley crafting a wealth of sculptures and woodcuts borne of experience, while his music became both an expression of determination and surprise at what he witnessed around him. Beginning in the 1980s, his works have been either shown at or acquired by the American Folk Art Museum, MASS MoCA and the de Young Museum.

“A lot of us, the people I’m associated with, we didn’t have an education,” Holley said before referencing the late artist Thornton Dial, among others. “We only had our motivation, and we had each other.”

Finding a collaborator decades younger than he and landing on some sort of artistic synergy, especially for an unrelentingly unique performer like Holley, seems fortuitous. And on “Broken Mirror,” hallmarks of the singer’s previous recordings all are present. There’re critiques of contemporary culture, a futuristic gaze, artful wordplay and syncopated soundscapes that serve as a forgiving playground across which Holley can roam.

On “I Cried Space Dust,” the vocalist opens with a pulp narrator’s brusqueness, intoning the line, “Meanwhile, back from otherwhere … .” The rumbling undercurrent supplied by White and his ensemble doesn’t sound too far off from the deep-space explorations of Lee Perry, but somehow set within the context of ’70s jazz fusion. Holley’s voice, which White chopped up and layered in places, wavers with years of experience as he assesses reality and humanity’s international — and interstellar — connections.

“Playing with Matthew and listening to what he already had done — some of you call it jazz. Or a mixture of jazz and something almost untitlable [sic]. It’s more like abstractions, so I was dealing with these abstractions,” Holley said. “Mainly, what I would do, I would hear the sounds that they brought. And then I would go digging in my brain — I call it ‘the ocean of thought’ — bringing out the information that’s going to fit that particular sound that’s coming at me. A lot of the time, it may be earthly bound, dealing with humanity on the planet. Or it may be so universal that it’s outer space, and a lot of the pieces were outer space — beautiful, with great sound.”

Calling his approach intuitive would be a dismissal of the skill cultivated through a lifetime of artmaking and parsing culture. Holley said he grew up with music; his mother was “a rock ’n’ roll woman,” and as a child, he’d fall asleep listening to big-band jazz on the radio. But it wasn’t until 2012 that Holley released the first of five studio recordings, including a pair of dispatches on the Jagjaguwar imprint, which was founded in Charlottesville during the mid-’90s by Darius Van Arman.

Though Holley was almost 30 before his visual-art ambitions elevated him to notoriety, taking a route that skirted digging through his neighbors’ discarded artifacts and assembling their detritus into sculpture is almost unthinkable. It’s provided a sturdy belief in self-reliance and an acute awareness of humanity that likely wouldn’t have been possible otherwise.

“Nobody would have liked me if I went to college or university,” Holley said. “I wouldn’t have wanted to get down in no ditch. I probably would have been talked out of caring about what is necessary to be cared about.”

A self-guided tour through decades of art and music, where Holley’s been able to assimilate various media and derive a unique worldview only seems to be accelerating at this stage in his life. And with “Broken Mirror,” a new condemnation of America’s obsession with its own image, the singer aims at distributing the antidote.

“Our art’s good trouble,” Holley said about a cohort of Southern-bred culture makers and musicians. “It’s hard for people to understand, but it’s good trouble, because it’s nothing but the truth.”

How Prince Philip was portrayed on The Crown

How Prince Philip was portrayed on The Crown

"With You For Ever," the band's first full-length album, is being released Friday.

The company that sold Lil Nas X's "Satan" shoe made from Nike Air Max 97s will buy it back from customers for a full refund after a settlement with Nike.

The pandemic ruined one musical's debut plans. Not for long

“You couldn’t dream this up: a show that’s about isolation, having each person involved on the team being in actual isolation while working on it," said Landes.

As national and regional tours shut down, local venues closed their doors, obeying capacity limits on in-person gatherings and wondering how long they'd have to wait to get back to business.

The Weeknd is top nominee for May's iHeartRadio Music Awards. Here's the full list of nominees

The Weeknd, Megan Thee Stallion and Roddy Ricch are among the top nominees for next month's iHeartRadio Music Awards.

Her take of “You've Got To Be Carefully Taught,” too, speaks clearly to the present day, even though the tune first was written and presented in 1949 as a part of the musical "South Pacific."

Livestream tickets also will be available for some shows. For tickets and details, go totheFESYY.com.

NEW ORLEANS — New Orleans is waiving some of the fees that bars with live music must pay in 2021.

Beginning in the 1980s, Lonnie Holley’s sculptures and woodcuts have been either shown at or acquired by the American Folk Art Museum, MASS MoCA and the de Young Museum.

it wasn’t until 2012 that Lonnie Holley released the first of five studio recordings, including a pair of dispatches on the Jagjaguwar imprint, which was founded in Charlottesville during the mid-’90s by Darius Van Arman.