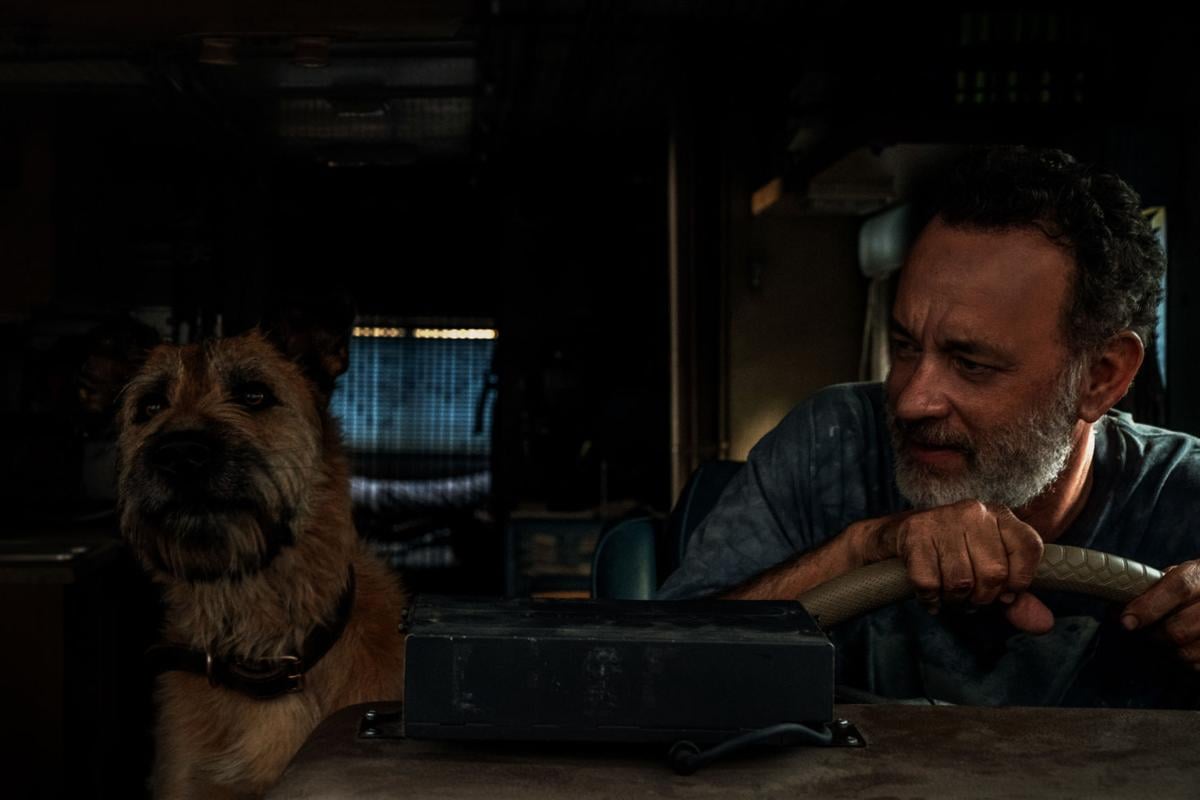 Tom Hanks figures out a way to keep his dog, Goodyear, occupied in "Finch," a new film streaming on AppleTV+. 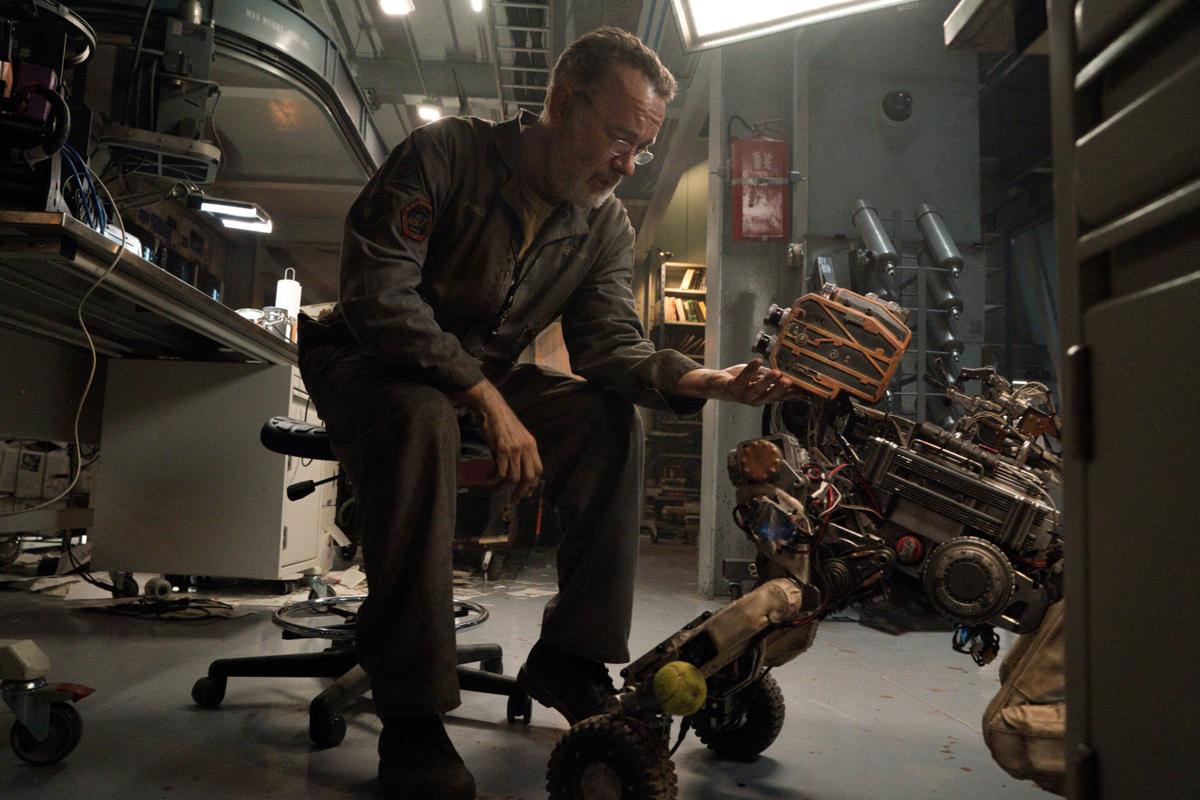 Tom Hanks creates a robot in "Finch" that he hopes will take care of his dog.

Jeff, the robot, tries to make a point with Finch (Tom Hanks) in "Finch."

Tom Hanks’ best acting partner may be an inanimate object.

He proved that in “Cast Away.” Now, he’s doing essentially the same thing in “Finch.”

Like a retrospective of some of his greatest moments, “Finch” lets Hanks draw on those skills that make you laugh, cry and love him even more. Opposite a robot, he's unbeatable.

Hanks plays a robotics engineer who is one of the few folks still alive after a solar event all but wiped out civilization. Kept company by his dog, Goodyear, he realizes his days are numbered, even though the pet’s aren’t. To ensure Goodyear is taken care of, he creates a robot, teaches him how to drive, question authority and, oddly enough, care.

The robot – named Jeff (and played sweetly by Caleb Landry Jones, through a motion-capture process) – becomes a great sounding board and repository for Finch’s stories. Gradually, we understand what the man has been through and why he wants someone to care for Goodyear.

Hanks does such an amazing job playing off his manufactured friend, you’ll want them to have many adventures before it’s time to kick the tires.

Directed by Miguel Sapochnik, “Finch” captures the isolation, desperation and resignation one of the last men on earth feels. It isn’t depressing, just reflective. With Jeff and Goodyear as his traveling companions, Finch can muse on what was and, in the process, remind others not to take anything for granted.

As Jeff gains knowledge (he scans books), he becomes more human. The film doesn’t head in the “robots take over the world” direction, but it does suggest a way for them to rebuild.

What lingers is how well Hanks can craft a performance with simple looks and deep-seated compassion. This would easily be his valedictory if we didn’t know he had many more performances in his future.

It also prompts us to wonder what he might have done with other iconic roles: Hanks as Atticus Finch. Hanks as Harold Hill. Hanks as Hannibal Lecter.

He’s capable of just about everything and doesn’t flinch, even when the film’s story appears headed down a dark alley.

Thankfully, “Finch” has great humor (particularly when Jeff and Goodyear interact) and an “Absent-Minded Professor” vibe when Hanks is creating.

A perfect holiday film, “Finch” makes you thankful – even in the worst times – there are moments and people to cherish forever.

Tom Hanks is definitely one of them.

The 33rd Producers Guild Awards will take place at an untelevised event in Los Angeles on March 19.

This art form has been around in a major way since 1938 when Orson Welles read a fake radio news broadcast adapted from H.G. Wells’ “The War of the Worlds.” Here are some of the best.

Will last year's Oscar winners be in this year's hunt?

How well are last year’s Oscar winners doing? Could they be in the hunt again this year?

The 25 best religious movies, according to critics

Here's a look at the 25 best religious movies of all time, according to Metacritic data.

The Sundance Film Festival kicks off Thursday night and, like last year, it is entirely virtual — and movie lovers from around the world can buy tickets to see the films when they premiere from the comfort of their homes.

Joel Coen distills 'Macbeth' down to the bone

Putting revenues aside, which heroes have been the most popular with fans? Here's a ranking of every live-action movie released by Marvel, according to IMDb data.

This “Scream," helmed by Matt Bettinello-Olpin and Tyler Gillett, was the first not directed by Wes Craven, who died in 2015.

Betty White Tribute Movie to Air on Her 100th Birthday

Betty White Tribute Movie to Air on Her 100th Birthday

Tom Hanks figures out a way to keep his dog, Goodyear, occupied in "Finch," a new film streaming on AppleTV+.

Tom Hanks creates a robot in "Finch" that he hopes will take care of his dog.

Jeff, the robot, tries to make a point with Finch (Tom Hanks) in "Finch."