Seahawks vs. WFT: Updates and scores from MNF

Rehm hopes 'When My Time Comes' prompts reflection, action
0 comments
Share this
1 of 2 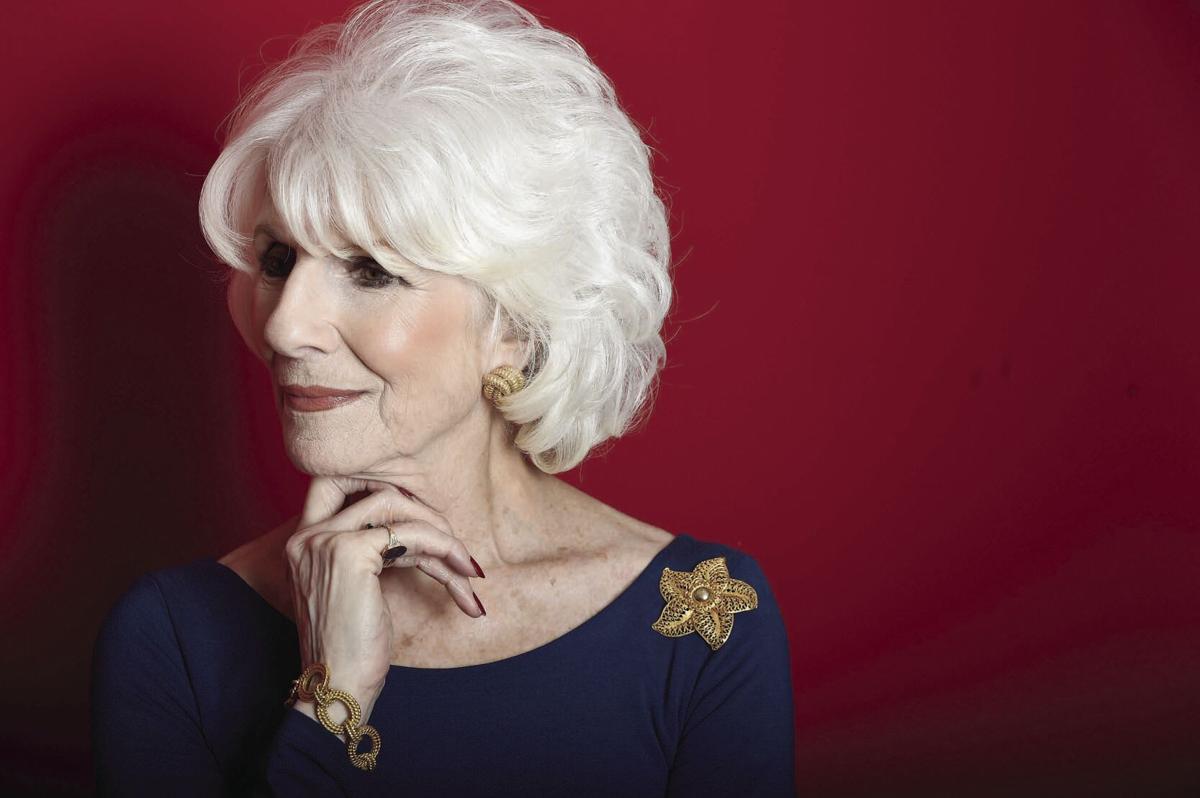 Diane Rehm will be at the Paramount Theater at 7 p.m. Thursday for a screening of the documentary “When My Time Comes.” Director Joe Fab and executive producer Diane Naughton also will participate. 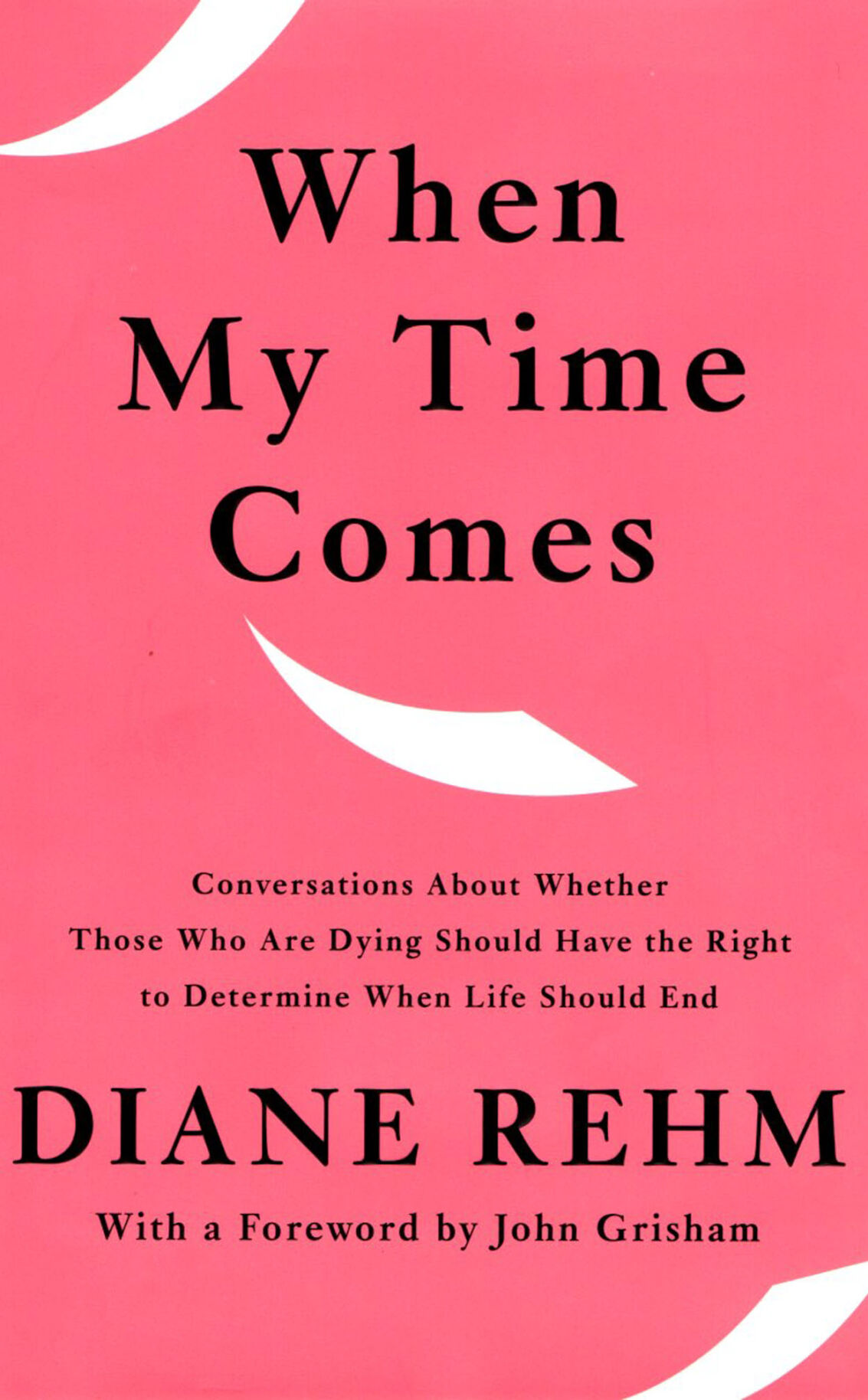 “When My Time Comes” may not seem like an action film on the surface. If the documentary’s subject gets her wish, however, patients, their families and their doctors will be stirred to action to “plan ahead and talk about what they want” as death draws near.

The Peabody Award-winning journalist, longtime NPR host and current host of the “Diane Rehm: On my Mind” podcast on WAMU will be at the Paramount Theater at 7 p.m. Thursday for a screening of the documentary “When My Time Comes,” which traces her examination of facts, fallacies and widely differing perspectives on the right-to-die movement.

The Virginia Film Festival and the Paramount Theater are presenting the event, which will bring Rehm, director Joe Fab and executive producer Diane Naughton to the Paramount stage after the screening to talk about the film, its companion book and the tough conversations that can give families clear guidance in their time of need. VPM’s Roberta Oster will serve as moderator.

It’s important to talk about final wishes as a family, because each member may have a different opinion about how to handle his or her own final days. Some people want to be able to trust those who remain behind to seek lifesaving efforts on their behalf to preserve life if at all possible. Others reject the idea of last-ditch interventions that would extend only the pain and suffering. Others who’ve lived by faith want their beliefs to shape their decisions. And each person wants his or her choices to be honored — and accepted, even if they aren’t agreed with.

Advance directives give people the opportunity to get their wishes down on paper so their loved ones and medical teams can follow them.

Ten states and the District of Columbia allow patients to choose to end their lives by medical means. That option, however, was not available to John Rehm, Rehm’s first husband.

John Rehm decided to retire at 71 after a fulfilling legal career, during which he earned a master’s degree in theological studies by completing a course at a time over a decade. He became a docent at the Freer Gallery of Art and Arthur M. Sackler Gallery, the Smithsonian’s National Museum of Asian Art; he also enjoyed reading for the blind and serving as a hospice volunteer. Rehm still was working on “The Diane Rehm Show” on NPR at the time.

“He was enjoying himself so much,” she said. “He would wait for me to come home so we could take a walk together.”

That’s when she noticed the change in what she called his “long, lovely stride.”

Parkinson’s disease had started to take a toll his health. The couple eventually realized it was time to move from their home of 40 years because he could no longer climb the stairs. They found an inviting condominium not far from home, and her husband “planned everything,” Rehm said. “He got rid of everything we weren’t going to need to take with us. He spent a year on it.”

When they moved to the condo in 2008, “he could drive to his volunteer activities,” Rehm said. That soon changed.

Medical evaluations after a series of traffic accidents revealed that he needed to stop driving. Then he fell, and Rehm discovered that lifting him to safety took more physical strength than she could summon.

“Trying to get him back to bed was one of the hardest things I’ve ever done,” Rehm said. “That’s when we realized he had to go to a nursing home.”

One day in 2014, John Rehm asked for a meeting with his doctor, wife and son in his room, with his daughter attending by telephone.

“He said, ‘I’m ready to die. I can no longer feed myself or take a shower or go to the toilet alone. I have lost all my dignity,’’’ Diane Rehm said.

Her husband’s doctor told him that it was against the law in Maryland to offer him any medical means to accelerate his exit. The only legal way available was for the patient himself to refuse food, water and medications of his own free will. John Rehm chose that path.

“It took him ten long days to die,” Rehm said. “It was the hardest ten days of my life.”

Rehm came away from the shattering experience believing that people have the right to make that decision for themselves. She hopes that the film and book will help other families share their wishes and respect one another’s choices.

And, yes, Rehm and her family members have had these conversations; her daughter, son and husband John Hagedorn, whom she wed in 2017, know exactly where she stands.

“My daughter is a physician in Boston. She understood my position completely,” Rehm said. “My husband totally accepts my point of view.”

Rehm said she also encourages people to include doctors, clergy and other members of their care teams in the conversation. Creating an environment in which it was safe to speak frankly and expect respect for each other’s positions paid off when Rehm and her physician at the time realized that they could not reach an agreement.

“During the making of this film, I had to change doctors, because my doctor did not want to participate in medical aid in dying,” Rehm said.

Her current doctor “already knows what I want,” Rehm said. At the beginning of the COVID-19 pandemic, Rehm called her new doctor, and they discussed her wishes and the options that were available, including staying home and receiving a lower volume of oxygen without removing a ventilator from an increasingly short supply.

“If I contract the virus, I do not want to go to the hospital. I do not wish to be on a ventilator,” she said. “I’m 84 years old. I don’t need a ventilator. There are younger people than I [who need them].”

Copies of “When My Time Comes,” for which novelist John Grisham penned a moving foreword, can be purchased in the Paramount’s main lobby before and after the screening, and Rehm will sign copies in the ballroom after the event concludes.

BTS 'emotional beyond words' for live concerts in LA

BTS 'emotional beyond words' for live concerts in LA

This Thanksgiving weekend is offering a box office feast with two genres that have been lacking on the menu so far this year: family movies and non-franchise films aimed at adults.

Alana Haim lives out a Valley dream in ‘Licorice Pizza’

But the 29-year-old needn’t have worried: She is a natural movie star and has gotten near-universal praise for her performance in “Licorice Pizza,” opening in limited release Friday and in theaters everywhere on Christmas.

Tom Hanks’ best acting partner may be an inanimate object.

She considered her aesthetic Japanese, and she supported efforts to preserve the traditional craftsmanship of Kyoto that was often behind her gorgeous costumes.

“Eternals” added $27.5 million over the weekend, bringing its domestic total to $118.8 million, according to studio estimates Sunday.

The film has made Stewart for the first time in her career a front-runner for a best actress Oscar nomination. But it has also invited many, many comparisons to Stewart’s own life and fame. She gets why, too, but she’s quick to point out the differences.

Diane Rehm will be at the Paramount Theater at 7 p.m. Thursday for a screening of the documentary “When My Time Comes.” Director Joe Fab and executive producer Diane Naughton also will participate.