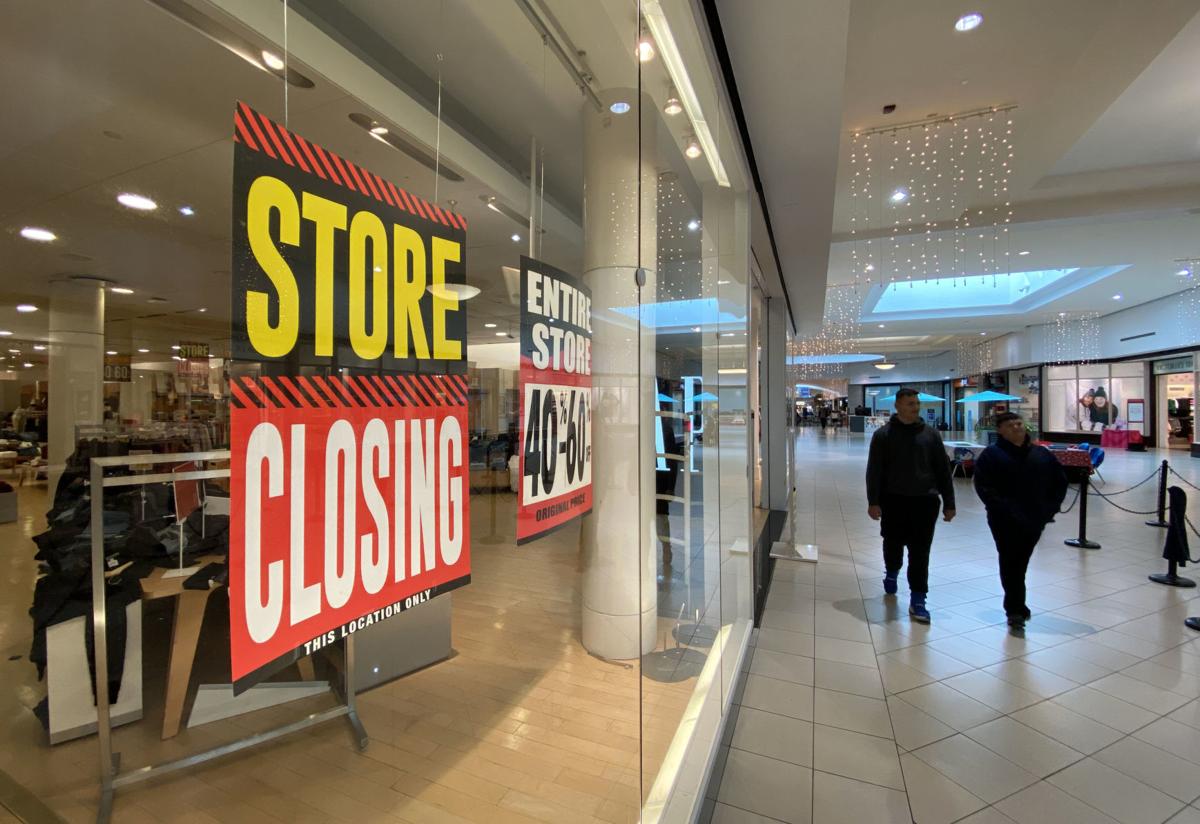 Retail giant Gap is closing its location inside the Fashion Square Mall in Charlottesville. Find more photos at DailyProgress.com. 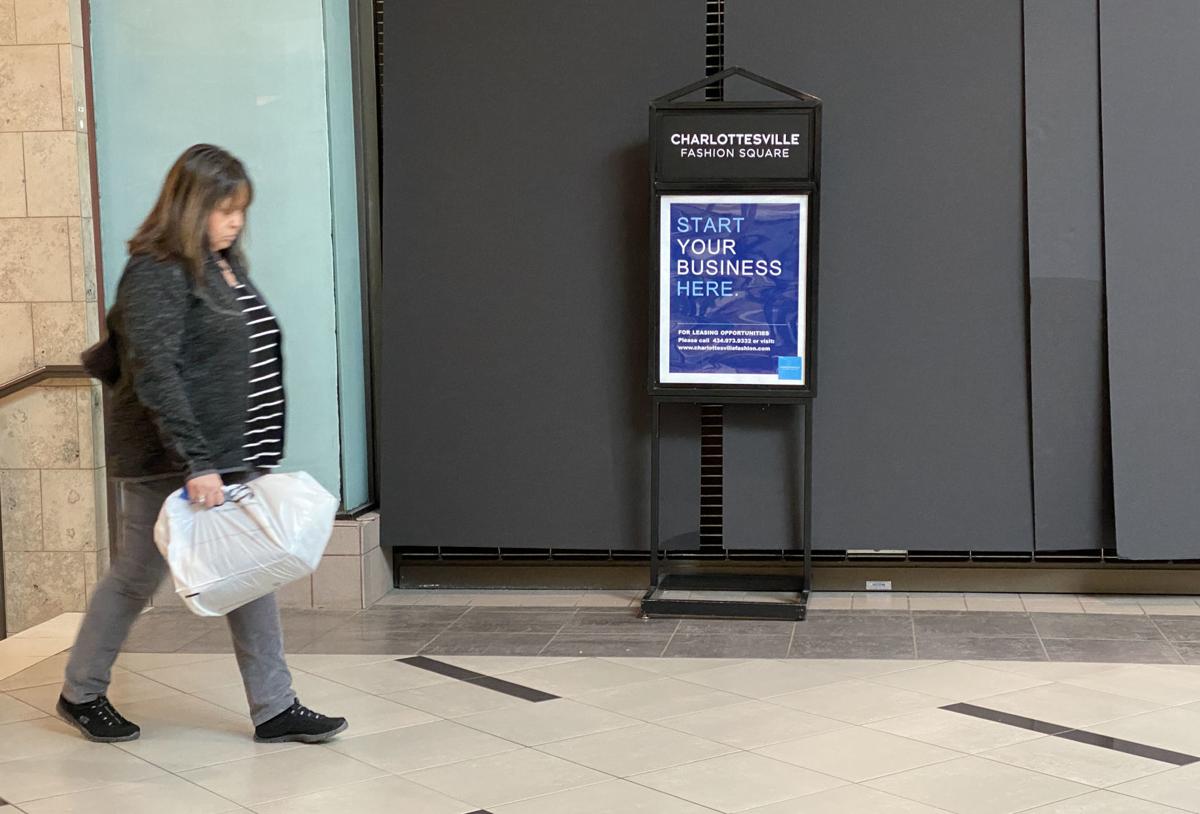 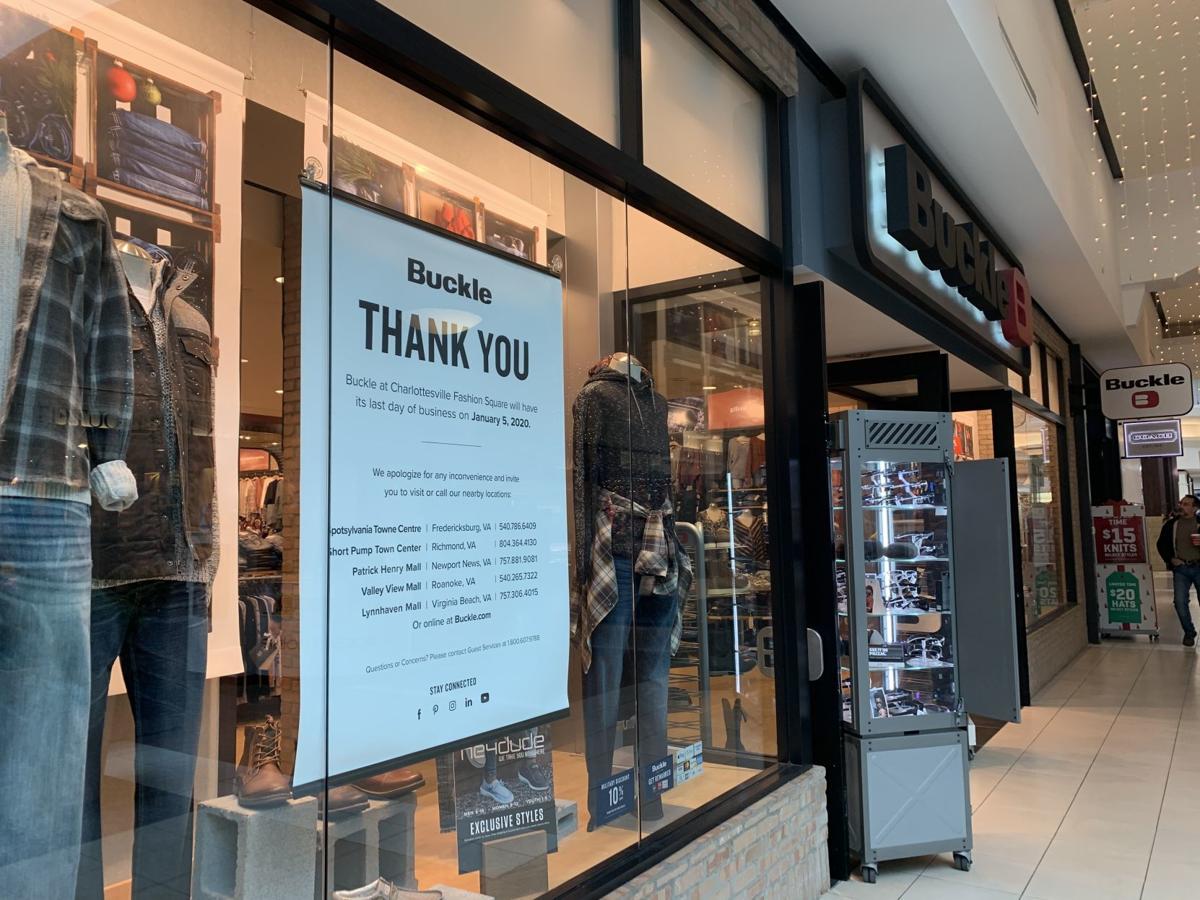 Buckle at Charlottesville Fashion Square Mall is closing Jan. 5, according to signs in the windows on Dec. 22. 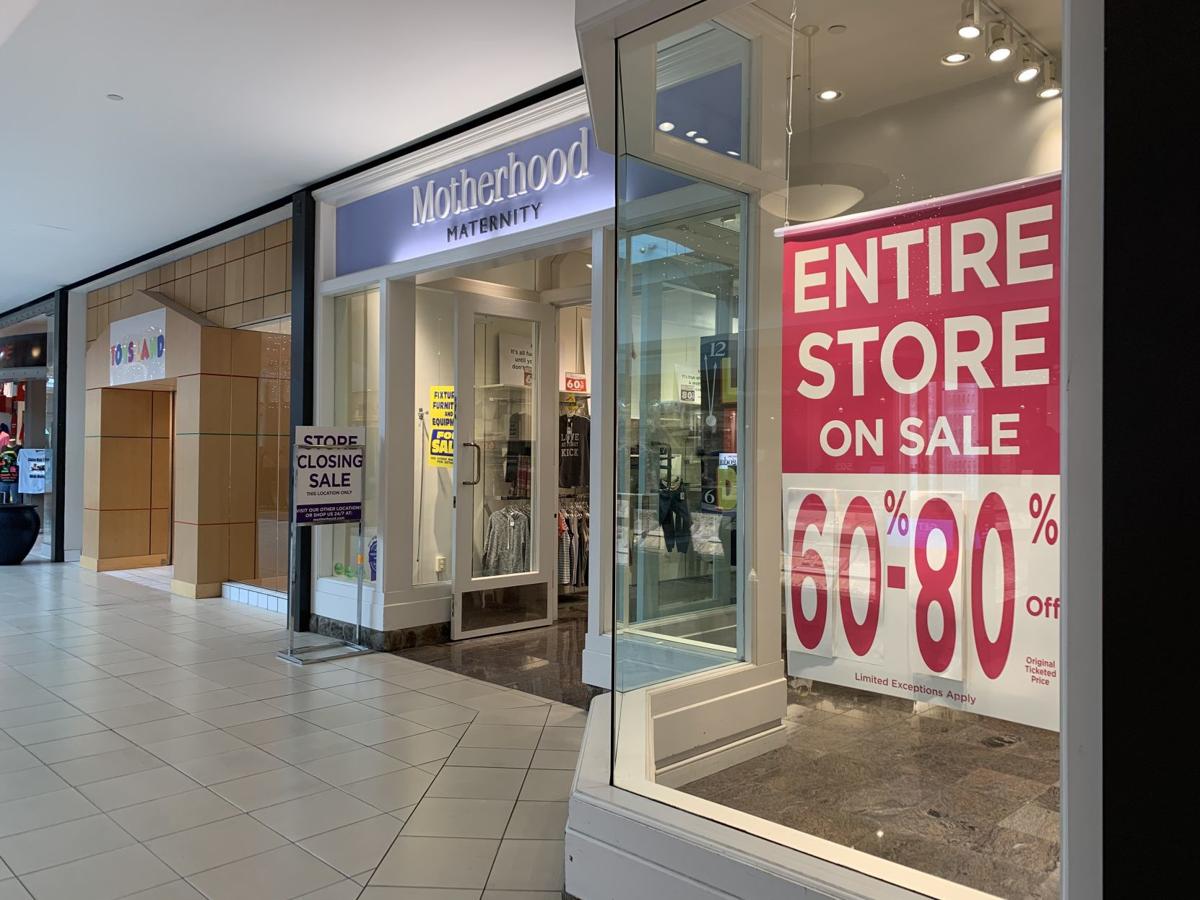 Motherhood Maternity at Charlottesville Fashion Square Mall is closing later this week, according to signs in the windows on Dec. 22. 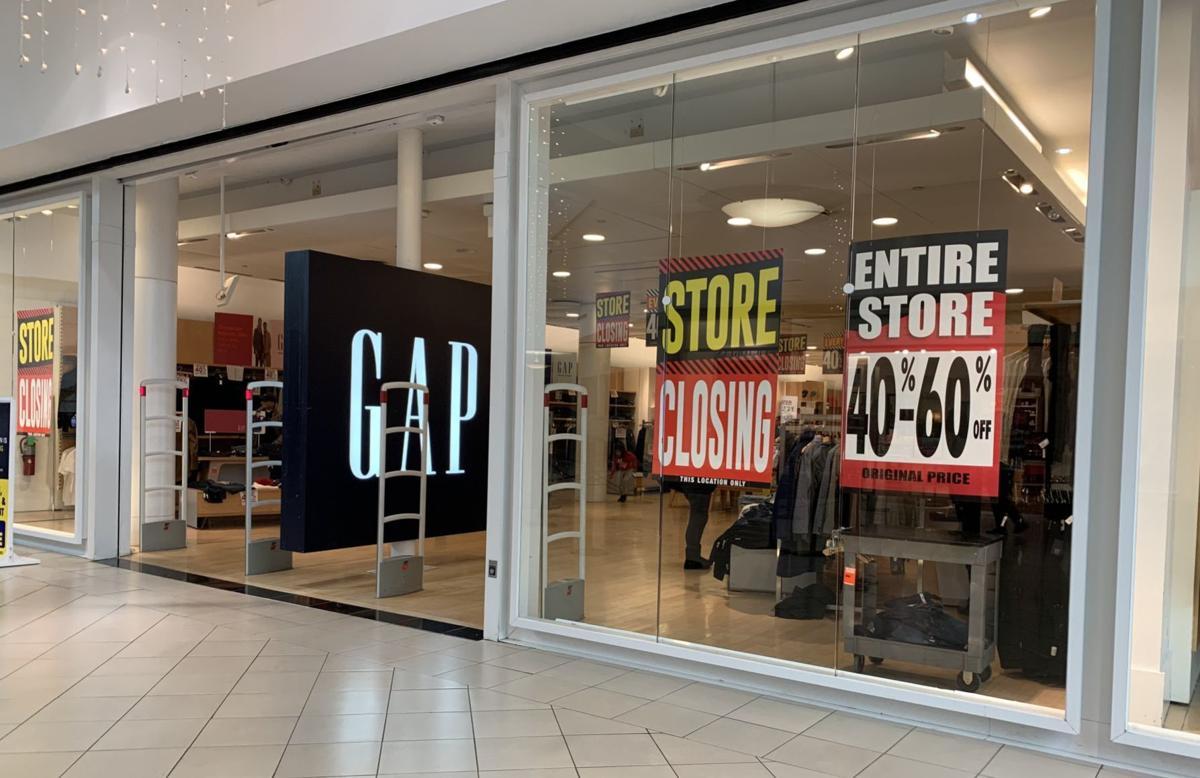 Gap at Charlottesville Fashion Square Mall is closing Jan. 26, according to employees on Dec. 22.

CHARLOTTESVILLE — At least three more stores in Fashion Square Mall are set to close in the coming weeks.

Gap, Buckle and Motherhood Maternity all have signs in their storefronts announcing upcoming closures.

The three clothing retailers join a spate of others that have closed in the mall in the last 18 months, including Sears, Charlotte Russe, Crazy 8, Payless ShoeSource, Charming Charlie, Clarks, Regis Hairstylists, bareMinerals and Sephora.

Many former Washington Prime properties that previously were identified as non-core were ultimately transferred to a lender or sold.

Employees at the Fashion Square Gap store said the location will close Jan. 26. Other stores in Little Rock, Arkansas, Lancaster, Pennsylvania, Grand Forks, North Dakota and Chattanooga, Tennessee are also closing on that date, according to local media outlets.

A Gap spokesperson would not confirm how many stores were closing in January, but provided a link a list of already closed locations that was last updated Nov. 25.

In February, Gap Inc. announced that Old Navy was spinning off into its own company, and that the company also plans to “restructure the specialty fleet and revitalize the Gap brand.” It will close about 230 Gap specialty stores during the next two years.

Art Peck stepped down as president and CEO and resigned his position as a director of Gap Inc. in early November, and Robert J. Fisher, the chairman of the board of directors, began serving as the company’s president and CEO on an interim basis.

In a Nov. 21 press release, Fisher said they were “not pleased” with the third quarter results and “are focused on aggressively addressing the operational issues that are hindering the performance of our brands.”

“Our discussions and negotiations with landlords around store closures continue to be difficult, and our ability to execute on our strategy quickly and decisively is challenging,” reads Gap Inc.’s third quarter report. “We continue to focus on rationalizing stores that don’t generate sufficient returns to warrant the investments necessary to provide our customers with a differentiated experience.”

Elsewhere in the mall, two large signs in Buckle’s windows read “THANK YOU,” and state that the Fashion Square store will close on Jan. 5. The signs note other stores in Virginia where customers can shop.

According to its third quarter report, which was released Dec. 12, Buckle did not close any stores during the quarter, and has closed two stores this fiscal year.

Destination Maternity, the company that owns Motherhood Maternity, filed for chapter 11 bankruptcy protection in October, and announced it would begin closing stores.

According to court documents, the Motherhood Maternity store in Fashion Square was set to close as part of “Phase 2 Store Closings.” The location opened in February 2003 and the lease was set to expire Jan. 31, 2020.

In October, the then-CEO of Destination Maternity said a “multitude of factors” led to the filing, including the “general shift in consumer preferences away from brick-and-mortar stores,” competition in maternity apparel, decreases in birth rates, leadership turnover, “overcomplicated operations” and “unaddressed opportunities for improvement.”

In another blow to Fashion Square mall, Charming Charlie to close all of its stores

The mall's parent company said the mortgage loan that encumbers Fashion Square was identified as one of four consolidated mortgage loans that the company plans to work with special servicers on.

The loan on Charlottesville Fashion Square mall is “facing imminent default,” according to a commercial real estate market data and analytics firm.

More than nine major stores have closed at Fashion Square since 2018, including Gap and Sears.

Retail giant Gap is closing its location inside the Fashion Square Mall in Charlottesville. Find more photos at DailyProgress.com.

Buckle at Charlottesville Fashion Square Mall is closing Jan. 5, according to signs in the windows on Dec. 22.

Motherhood Maternity at Charlottesville Fashion Square Mall is closing later this week, according to signs in the windows on Dec. 22.

Gap at Charlottesville Fashion Square Mall is closing Jan. 26, according to employees on Dec. 22.