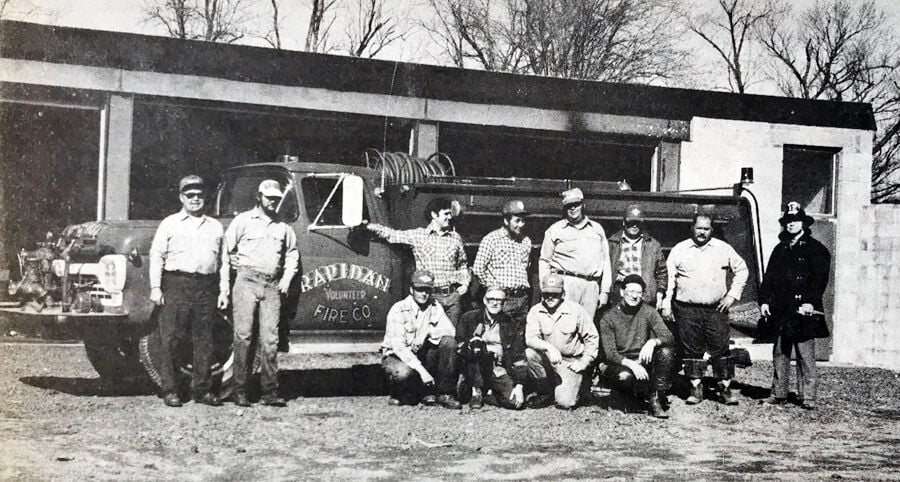 Pictured is a photo that appeared in the Feb. 19, 1981, Orange County Review after the Rapidan Volunteer Fire Department answered its first call--a house fire in the village of Rapidan. 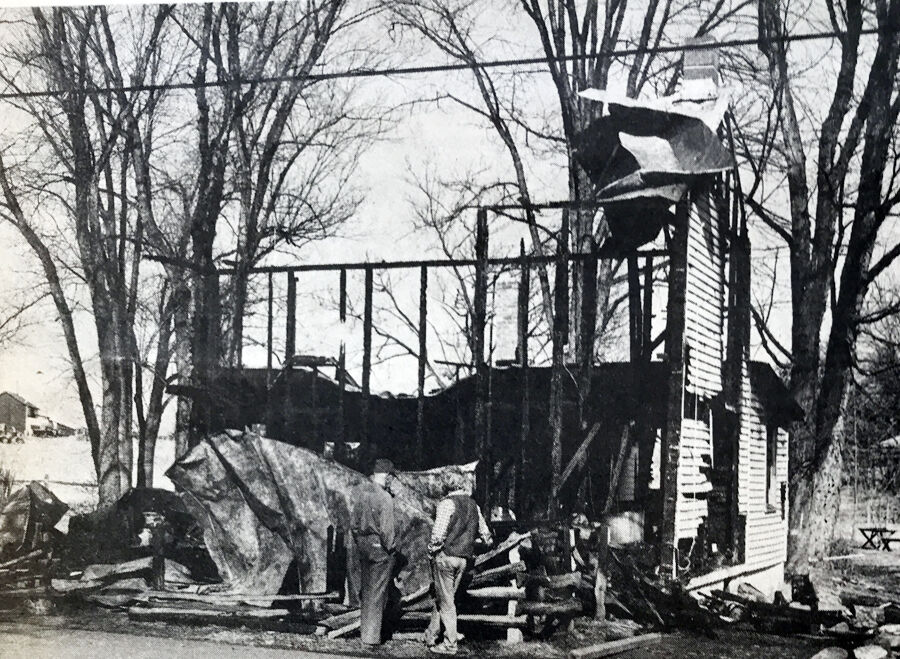 Pictured is one of the photos that appeared in the Feb. 19, 1981, Orange County Review after the Rapidan Volunteer Fire Department answered its first call--a house fire in the village of Rapidan.

Rapidan Volunteer Fire Department (RVFD) is looking back on a seminal moment in its almost 43-year history — the first fire call it answered.

On the morning of Feb. 15, 1981, residents in the village of Rapidan were awoken by a newspaper carrier blasting his car horn. A house owned by Gary Hardy was burning and was threatening to catch the neighboring house on fire as well. Firefighters Max Ware, Luther Hardy, Don Polifka and Billy Strong responded to the scene of the fire.

“You could see the paint blistering off the entire side of the house from the heat,” said Gary Jones, treasurer for RVFD, describing the neighboring home. Jones was a member of the department at the time but didn’t arrive to help until that afternoon.

The team of firefighters quickly realized the Hardy house was beyond saving and instead focused their hoses on the house next door, belonging to Jim Poole.

“By noon it was put out,” Jones said. “There was still a slight haze and smell of smoke in the village. When I saw Max Ware, his face was smeared up with smudge.”

Jones, Ware and Polifka are the only surviving firefighters from RVFD who were there that morning.

Bert Roby and a crew from Orange Volunteer Fire Company (OVFC) had already been called and quickly showed up to provide back up for RVFD. Culpeper County Volunteer Fire Department assisted as well.

“We were only six miles away,” Roby said. “The next closest fire department was Culpeper, which is quite some distance away.”

Together, the firefighters were able to get the fire under control in about 30 minutes. Once OVFC arrived, members of RVFD drove their truck, a 1959 Ford tanker and the only firetruck they had, down to Orange to refill the water tanks. They returned to Rapidan at 6:15 a.m. The various departments stayed at the scene for another four hours to manage the fire and make sure it didn’t spread. Eventually, after everything was extinguished, the Poole house was still standing. The house remains there today.

Jones had already been with RVFD for a few months at the time of the incident and going forward he gradually moved up the ranks amongst his fellow firefighters.

“The first job I was given was truck bay maintenance,” Jones said. “Basically, pushing a broom and keeping the floors clean. Knocking the cobwebs down. Then I got to be lieutenant and then captain and then assistant chief. I dealt with a big house fire in Madison County where we had two fatalities and that was about enough for me. That’s when I took over being treasurer [for RVFD] and I’ve been in that role for 31 years.”

When Ware left RVFD in 1983 to pursue a career in contract engineering, he said he felt proud of what he and the other founding members had built.

“It was a huge feeling of accomplishment,” he said. “When I left there, they had a couple of engines and had started expansion on the original firehouse. Since I left, Gary Jones has been the most faithful friend. More than any other individual, Gary deserves credit for what the fire department is today.”

Ware recounted the story of a similar fire in Rapidan in 1976. He explained that the emergency resulted in a serious push to create a local fire department.

“I moved down [to Rapidan] and bought the old Browning general store, across from the trading post,” Ware said. “It was for sale and had been empty and abandoned, so I bought it and I started to build wooden canoes there.”

Ware arrived in the small village of Rapidan along the northern bank of the Rapidan River, just north of Orange County, in 1974. Roughly two years later, Ware witnessed an incident that changed the village forever.

“I was in my apartment working on a canoe when all of a sudden a little girl breaks through the front door and she’s screaming that her house is on fire,” Ware said. “So, I grabbed the fire extinguisher and took off. The house that was on fire was right at the corner of Locust Dale Road and Route 615.”

“I got down there and flames were just pouring out of the back of the house, where the kitchen was,” he said. “The house was becoming fully engulfed and all I had was this little fire extinguisher, which couldn’t do anything. Luther Hardy was there along with one or two other men from town. The couple that owned the house was right in the middle of the road and they were hugging each other and just sobbing. Their whole house was going up, along with everything they owned. And I have never felt so helpless in my entire life, watching those poor people.”

According to Ware, by then word had gotten out that there was a serious fire in Rapidan.

“Meanwhile, we were waiting for fire departments to come,” he said. “Well, they couldn’t save the house because they got there too late. The decision was made that we couldn’t afford to lose that many houses, the town was already small enough. That was the spark. A bunch of us got together and started a fire department. We had nothing at the time.”

Dogwood Village is one of a few Covid-free nursing homes

Dogwood Village is one of the only 6.7% of nearly 270 nursing homes in Virginia that have not had any residents test positive for COVID-19. Do…

Planning commission chair Donald Brooks gave the applicants for a faith-based, residential addiction treatment center an “A+” for their missio…

The Gordonsville Town Council opened its Feb. 10 work session, to address the Verling Park project, with a statement of cautious optimism from…

Five familiar citizens submitted applications by the Friday afternoon deadline for the open seat on the Orange County Board of Supervisors.

The Orange County Board of Supervisors unanimously appointed Unionville dairy farmer Keith Marshall to fill the vacant District 3 board seat.

Beginning Tuesday, the state has launched a new, centralized website for all Virginia residents to pre-register for vaccines.

Pictured is a photo that appeared in the Feb. 19, 1981, Orange County Review after the Rapidan Volunteer Fire Department answered its first call--a house fire in the village of Rapidan.

Pictured is one of the photos that appeared in the Feb. 19, 1981, Orange County Review after the Rapidan Volunteer Fire Department answered its first call--a house fire in the village of Rapidan.